On Wednesday, MLB became the third major sport to pull off a virtual draft, allowing us to be in players' homes with them as their names were called. And Day 1 of the 2020 MLB draft saw 37 players have their dreams come true.

This year we have more of an idea of how the draft may play out just after Day 1 since it's only five rounds. The event will resume Thursday at 5 p.m. ET on ESPN 2 and MLB Network, airing through the final round and 160th pick.

Take a look below at early grades for the 29 teams that drafted Wednesday night.

The Diamondbacks brought in an arm with potential in Duke righty Bryce Jarvis. After forgoing the draft last year to work on his fastball, he had a great start to his junior season with a 0.67 ERA and a 20:1 strikeout-to-walk ratio. Arizona added another ACC pitcher, Slade Cecconi, later to stack up at the spot since its top five prospects are position players.

The lefty ranked as No. 77 in MLB's top prospects list and didn't have a great first two years at Wake Forest with a 6.79 ERA. However, the Atlanta Braves have found success with developing pitching prospects, so Shuster should grow in their farm system.

The Baltimore Orioles shocked a lot of viewers by using the No. 2 overall pick on Heston Kjerstad. While the outfielder from Arkansas was linked to the team, Austin Martin was the favorite to go No. 2. Kjerstad, a left-handed hitter, has impressive raw power despite struggling with strike zones.

Heston Kjerstad was the 10th ranked prospect in this class, per MLB Pipeline. The Orioles had been rumored to be discussing underslot deals, and they pass on Austin Martin, Asa Lacy and others to draft Kjerstad. Considered best left-handed power bat in this year's college ranks.

With the first pick in the Competitive Balance Round A, the Orioles took Jordan Westburg—another player with raw talent. The shortstop has the tools to succeed but is less polished in game play. The Orioles' player development got a huge boost with two potentially productive hitters.

This may have been the most surprising pick of the draft's first round, as Nick Yorke ranked No. 139 in the top prospects list. The Boston Red Sox won't have a second-round pick because of their sign-stealing scheme, so they may have gone for a lower-ranked player to save for future rounds.

According to ESPN's David Schoenfield, a scout texted his colleague Jeff Passan that Yorke "was the best prep hitter on the West Coast."

Deja vu? The Chicago White Sox selected Chris Sale, a fairly big risk at the time, with the 13th pick in the 2010 draft. Garret Crochet, a southpaw out of Tennessee, has already drawn comparisons to Sale due to his fastball and build. He may be a gamble, but has the potential to make an immediate impact out of the bullpen with his pure talent.

Chicago went with the hometown pick in true shortstop Ed Howard, nabbing the top prep shortstop in the draft. Howard's stock may have dropped because of a nagging shoulder injury, but if he can work through it, his quick bat may help him realize his potential.

Austin Hendrick has raw power from the left side of the plate and an arm that serves him well in right field. His bat speed—a 91 mph exit velocity—makes him a standout hitter, which could lead him to massive success with the Cincinnati Reds.

Adding Carson Tucker gives the Cleveland Indians more depth at shortstop—and you can never have too many middle infielders with good bat control and speed. Tanner Burns becomes another college arm Cleveland can add to a young rotation, with raw power and a well-controlled 92-94 mph fastball.

Zac Veen is the top high school bat in the draft—drawing comparisons to incredible hitters such as Christian Yelich and Cody Bellinger—and was the best player still on the board when the Colorado Rockies were first on the clock. The team needed to fill a hole behind the plate, so Drew Romo makes sense, as he's known primarily for his defensive ability.

No. 1: Spencer Torkelson, 1B, Arizona State

Surprise, surprise! The overwhelming favorite to go No. 1 overall did just that, and the Detroit Tigers have now added incredible power at the plate. Spencer Torkelson put up monster numbers in his collegiate at-bats, slugging 54 homers. However, what was surprising about the pick was that Torkelson was announced as a third baseman:

With the first pick in the 2020 MLB Draft, the Detroit Tigers chose Arizona State slugger Spencer Torkelson. The most surprising part: He was announced as a third baseman. Torkelson played 1B at Arizona State but has shown enough athleticism to convince some he could stick at 3B.

It will be interesting to see where he ends up on defense in Detroit.

The Astros didn't have a pick on Day 1. They lost their first- and second-round picks as punishment for their sign-stealing scheme.

Asa Lacy was the best college arm in the draft, and not many people expected him to drop out of the top three. When he was still available at No. 4, the Kansas City Royals scooped him up even though they hadn't been linked to him prior to Wednesday night.

Kansas City already had strong prospect pitchers, making them even stronger. Nick Loftin is another impressive college athlete, and his consistency could help him continue to improve.

One of the more unsurprising picks, the Los Angeles Angels were shopping for college arms, and Reid Detmers had been projected to go right around the top 10. He's a polished pitcher, can hit the strike zone and has a pitching arsenal that shows he knows what he's doing.

With the last pick in the first round, the Los Angeles Dodgers opted for a righty with pure stuff from a big program. Bobby Miller is known for his heat, with his fastball recorded as high as 99mph, and he has a dangerous splitter/changeup to back it up. He may not be polished, but the Dodgers can fix that.

The Miami Marlins were heavily linked to Asa Lacy prior to the draft, so this pick came as a bit of a shock. However, Max Meyer has often been compared to Walker Buehler, and Meyer's triple-digit fastball could make him a dangerous weapon in the bullpen.

Garrett Mitchell has many strengths, whether that be his build, raw power at the plate, elite speed or slugging ability. He led the nation with 12 triples last year, stole 18 bases, and had a batting average of .349. His defensive ability isn't lacking, either, making him an exciting all-around prospect.

The Minnesota Twins needed to add depth at first base, so adding power-hitter Aaron Sabato made sense. The draft-eligible sophomore had a .343 batting average his freshman year, and his strength and bat speed combine to give him a raw power that could help him become the designated hitter in Minnesota.

Pete Crow-Armstrong's defensive game is strong, but he doesn't have much raw power at the plate. If his power can develop to match the rest of his abilities, he will be a good all-around player.

Austin Wells adds much-needed hitting to the prospects in the New York Yankees system. He hit .353 in his freshman year, with 46 walks and 43 strikeouts. Wells isn't a new name for the Yankees, as they drafted him out of high school in the 35th round of the 2018 draft.

The Oakland Athletics picked up the second catcher in the draft class, but they will most likely have to buy him out of his commitment to UCLA. He's a strong left-handed bat and relies on his athleticism in the field.

The 6'5" high-schooler hit mid-90s early in his career, and he's been on the radar as a first-round pick ever since. His three-pitch arsenal contributed to making him the first high school arm selected in the draft. The righty out of Oregon has high upside but may take some time to meet his potential.

The Pittsburgh Pirates nabbed an offensive powerhouse in Nick Gonzales. The second baseman had an impressive career slash line at New Mexico State, and his 1.115 slugging percentage this season caught everyone's attention. He should do well in Pittsburgh's system as an all-around bat.

The Pittsburgh Pirates have selected Nick Gonzales with the seventh overall pick in the MLB Draft. He becomes the highest-drafted player in program history, and the pick is valued at $5,432,400.

Carmen Mlodzinski showed great ability to adapt after overcoming an injury to become a top pitching prospect out of the Cape Cod League and could be successful in Pittsburgh's rotation.

Robert Hassel was the first high school player taken in the 2020 draft—the latest the first high schooler has ever gone off the board in the MLB draft, according to ESPN—but has the potential to grow into a power lefty at the plate. The San Diego Padres added another high schooler in Justin Lange, who has touched 100mph on his fastball but still has some work to do on his changeup and slider.

The San Francisco Giants picked up the top catcher in the class, which is peculiar considering the top prospect in their system is catcher Joey Bart. Regardless, Patrick Bailey has good plate patience, is a switch hitter and a quality defensive catcher.

Not only had the Seattle Mariners had been tied to Emerson Hancock in several mocks, but they were also focusing on college players in the first round. Hancock has drawn comparisons to the No. 1 pick in 2018, Casey Mize, and his deep repertoire and ability to hit the strike zone serves him well. He becomes the third college pitcher in as many years Seattle has drafted in the first round.

The St. Louis Cardinals got just what they are used to in Jordan Walker, a third baseman who can play either corner infield position. His hitting should improve in the Cardinals' system, as they have found success with hitting prospects in the past.

The Tampa Bay Rays gambled with their selection of Nick Bitsko—a right-hander who reclassified from the 2021 draft class. He's trickier to evaluate since we didn't get to see much of his pitching in 2020 because of the cancelled spring season. While he has huge upside and potential, he's also a riskier pick. With the last pick on Day 1, the Rays added another middle infielder, Alika Williams, to their already deep arsenal.

No. 14: Justin Foscue, 2B, Mississippi State

The Texas Rangers went the dependable route here by drafting second baseman Justin Foscue. He shows consistency at the plate, and it will be interesting to see how his power translates to the majors and how quickly he can move through Texas' system.

The Toronto Blue Jays got a steal by nabbing the consensus No. 2 player with the 5th overall pick in the draft. Austin Martin is an all-around hitter who's known for plate discipline and his ability to make consistent contact. His defensive versatility also makes him a huge asset.

Law says he hears the Jays will take Martin. "An enormous home run. Blue Jays fans should be over the moon. I think they get the best player in the draft."

Cade Cavalli is just the type of pitching prospect the Washington Nationals are drawn to, as his athleticism and fastball may turn him into a strong starting prospect for Washington down the line. However, the Nationals should be wary of his high collegiate ERA (4.09). 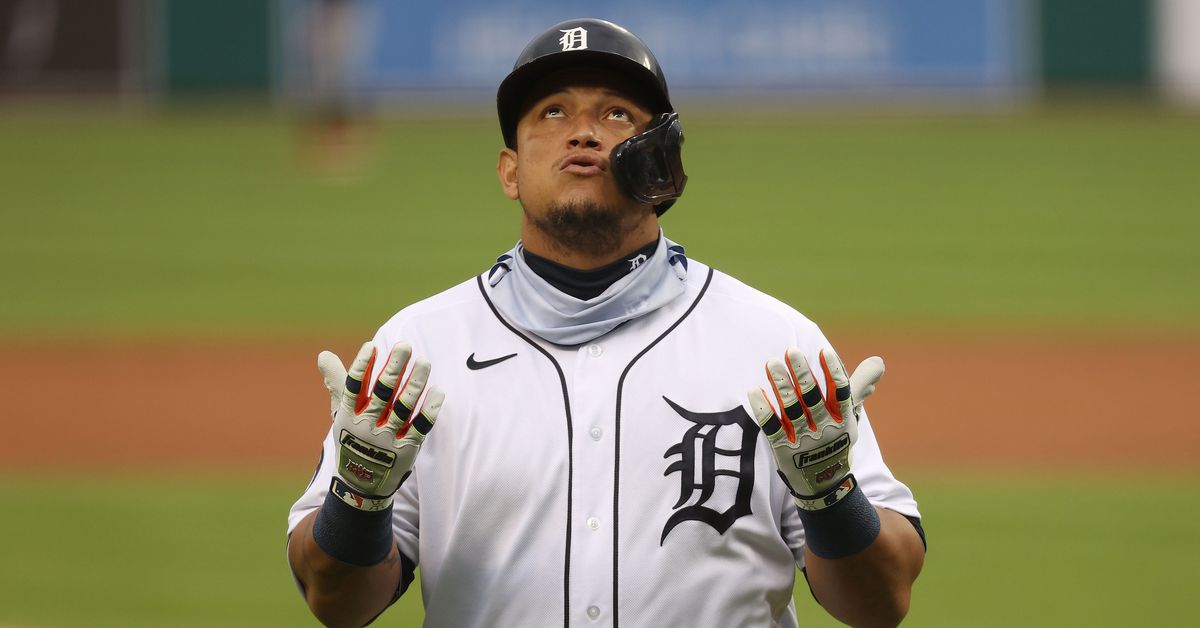 JT Law
via Bless You Boys 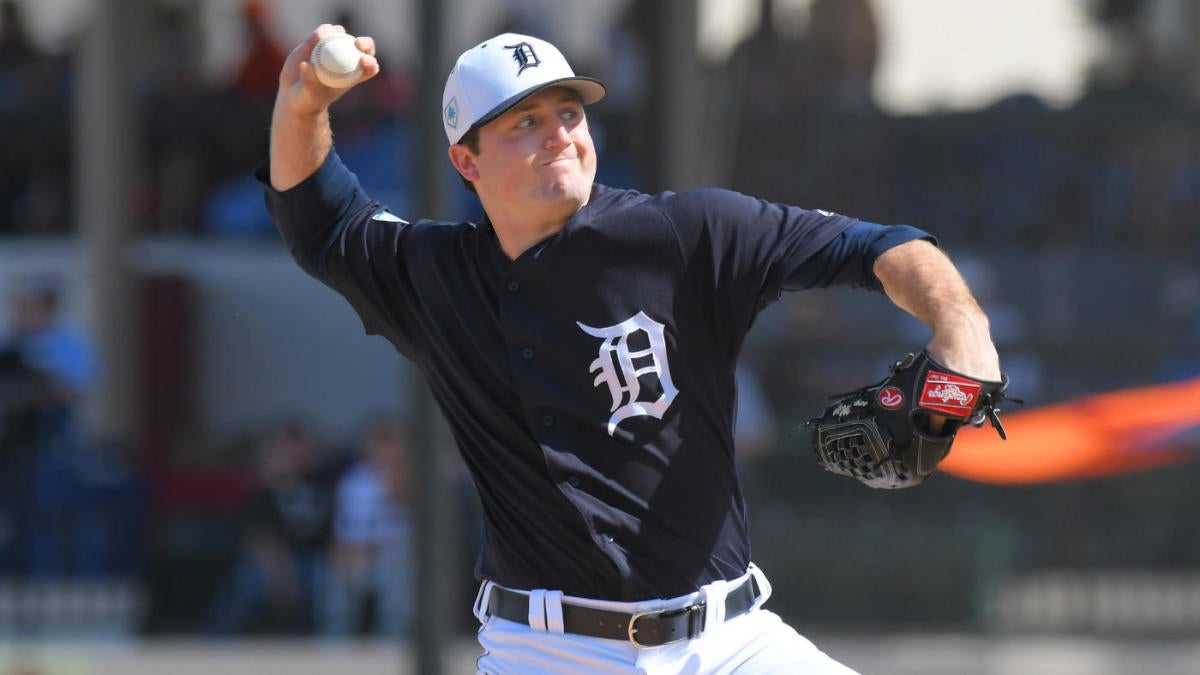