LOS ANGELES — You might have heard the New Orleans Pelicans remain in the driver's seat in the Anthony Davis trade deadline sweepstakes, but nobody should envy their position.

The Pelicans face an exceedingly complicated decision before Thursday's NBA trade deadline at 3 p.m. ET. Their six-time All-Star has made it clear he has no intention of staying beyond his current contract after the 2019-20 season. And he has a very short list of teams the Pelicans should trade him to.

The Lakers are aggressively bidding on Davis. Per Tania Ganguli and Broderick Turner of the Los Angeles Times, the Lakers are willing to take on the $12.8 million owed to Solomon Hill for next season while sending out Kyle Kuzma, Lonzo Ball, Brandon Ingram, Rajon Rondo, Lance Stephenson, Michael Beasley and two first-round picks.

What the other teams on Davis' list can trade is more uncertain at the moment. Even then, New Orleans is apparently hesitant to pull the trigger on a Davis trade at the deadline.

According to ESPN's Adrian Wojnarowski, "[Lakers] president Magic Johnson must still overcome a significant desire within the Pelicans organization to let Thursday's deadline expire with Davis remaining on the roster." 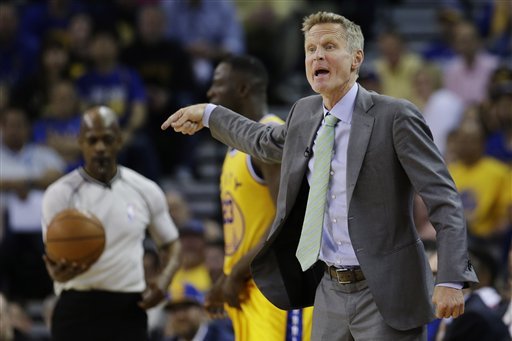 Should New Orleans pass, it'd be banking on better options this summer, especially if the Boston Celtics enter the conversation with multiple picks and young players like Jayson Tatum and Jaylen Brown. Currently, the Celtics cannot acquire Davis via trade to join All-Star guard Kyrie Irving since both players carry the designated player tag in their current contracts.

The Pelicans have a lot to consider, be it the Lakers now, another team from Davis' list or one beyond like the Celtics. Let's consider their options.

If reports are accurate, the Pelicans would be letting go of one of the best players in the league to help build a potential powerhouse with LeBron James in Los Angeles.

Barring another team swooping in with a workable offer before the deadline, the only certainty the Pelicans can bank on is what they can extract from Los Angeles. Any offer over the summer, including one from the Lakers, may not be as lucrative.

New Orleans can't know what Ball, Kuzma and Ingram will develop into, but at least they know exactly who they're getting.

"[The Lakers] need to get to four [first-round] picks to match what the Celtics can offer," a former general manager said. "But they're pretty much there. Any of the Lakers' top prospects can probably be turned around [in trade to another team this summer] for a first. They're potentially getting five firsts if they don't want to keep the [Lakers'] kids."

Another factor to consider is Ball's father, LaVar Ball, who told Ohm Youngmisuk of ESPN.com: "I don't want Lonzo in New Orleans. Phoenix is the best fit for him. And I am going to speak it into existence."

Per Ganguli, "the Pelicans view Ball as a player who would become the starting point guard. They don't see Jrue Holiday as a point guard because he 'doesn't want to be a point guard.'"

The Pelicans, she continued, would "play Ball 35 minutes a night and make sure he 'would fit' in with New Orleans so he could become a star."

Does LaVar Ball take that off the table? Perhaps, but Lonzo Ball is under contract for two more seasons and then will hit restricted free agency, under the Pelicans' control (with a club option). They can also choose to ignore LaVar, although his outspoken nature may make that difficult.

Would the Phoenix Suns be willing to give up a first-round pick and possibly Josh Jackson to New Orleans, with the Suns receiving Ball in a multi-team trade?

As far as draft picks, the Lakers (27-26) are on the cusp of either a playoff berth or a late lottery pick. With Davis and James, Los Angeles might climb as high as the 20th overall selection in June's draft. Future first-rounders may be in the 25-30 range.

While the Lakers can legally offer their 2019, 2021, 2023 and 2025 first-round picks, they're unlikely to do so along with their three top prospects while also taking back Hill's undesirable final year.

On Monday night, Wojnarowski tweeted: "Pels are waiting on Lakers to overwhelm them w/ an historic haul of picks. To Nola, that means Lakers offering 4 first-round and second-round picks as part of a Davis package. Pels want to be compensated - perhaps even overcompensated - to even consider a deal with LA now."

The Pelicans probably should hold out for everything they can possibly get from the Lakers, provided they don't wait beyond the deadline. Once past, New Orleans heads into significant uncertainty this summer.

Wait for the Celtics

Boston hopes and expects to re-sign Irving in July. By then, the team will no longer be blocked from trading for Davis.

The Celtics have their own first-rounder (currently around 25th overall), the Los Angeles Clippers' (about 18th), Sacramento Kings' (roughly 17th) and the Memphis Grizzlies' (slotted sixth). The Grizzlies pick is top-eight protected, so it may not convey until 2020 (top-six protected) or 2021 (unprotected). If the Clippers do not make the playoffs, their selection is lottery-protected in 2020, after which it will convert to a 2022 second-rounder.

If the Kings miss the playoffs and win the top pick in the lottery (with odds in the 0.5-2 percent range), the Celtics would get the Philadelphia 76ers' selection instead (also around 25th). Like the Lakers, Boston can also include four of their own future firsts.

But before Boston goes all-out for Davis, ESPN.com's Ramona Shelburne reported recently that his father, Anthony Davis Sr., does not want his son to play for Boston, citing their treatment of former Celtic Isaiah Thomas: "No loyalty. Guy gives his heart and soul and they traded him."

The Celtics may be supremely confident (multiple sources say they are), but can New Orleans bank its future on Irving's decision, especially with the Knicks emerging as a threat?

With Irving's recent comments to "ask me July 1" on his free-agent decision, are the Pelicans willing to gamble with certainty that Irving is destined to stay with Boston?

Will the Celtics give up Tatum—generally considered to be the best young prospect potentially available for Davis—if Irving departs and Davis, through his representatives, continues to malign their franchise?

The Celtics can only lobby the Pelicans to wait for a July offer, but once July arrives, will the same package of players and picks be available?

If the 10-42 Knicks win the lottery, would they consider sending Duke sensation Zion Williamson to the Pelicans for Davis?

With pieces like Kevin Knox, Dennis Smith Jr., Frank Ntilikina and picks, the Knicks can make a viable offer, but the best case they have is a 14 percent chance to win the lottery, and they may be more inclined to keep Williamson while trying to pair Kevin Durant with Irving, instead of chasing Davis.

New York could certainly enter the fray, but how confident are the Pelicans that it'd be a viable trade partner? There's a reasonably high chance that at least one of the Knicks and Celtics bow out of the conversation altogether.

The Other Los Angeles

The Clippers could get to two maximum salary slots this summer, maybe even three if they are willing to trade players like Danilo Gallinari, Lou Williams, Montrezl Harrell, Shai Gilgeous-Alexander and Jerome Robinson.

Adding Gilgeous-Alexander and Harrell would be a good starting point, but is that enough for Davis?

The Clippers, who owe their first-round pick to Boston, don't have as much to offer in terms of future draft picks, but they could be a player for Davis this summer.

They may be the best alternative to the Lakers. But since Gilgeous-Alexander (drafted 11th overall last year) is just one high-level prospect compared to three from the Lakers, the Pelicans would have to really love the Clippers' young point guard.

The Bucks aren't likely to trade Giannis Antetokounmpo for anyone in the NBA, including Davis. Presumably, the reason Milwaukee is even on Davis' list is the chance to play with Antetokounmpo.

In terms of young players, Milwaukee has Thon Maker, D.J. Wilson and Donte DiVincenzo. Malcolm Brogdon will be a restricted free agent in July. Would veterans like Eric Bledsoe and Khris Middleton (at the deadline) move the needle since they will likely be free agents this summer?

Milwaukee also has future first-round obligations to the Cleveland Cavaliers and Suns. If the draft is the priority, the Bucks aren't much help.

The Pelicans aren't obligated to send Davis to any team on his list, obviously given Boston's role in this drama. Any team willing to give up significant assets to the Pelicans must feel confident it'll be able to keep Davis long-term.

Paul has already worked to box New Orleans into a short list. Don't expect his lobbying to cease over the summer. Teams like the Denver Nuggets, Portland Trail Blazers, Toronto Raptors, Washington Wizards or even the Golden State Warriors could get involved.

Really any team, but the Pelicans better do their due diligence now to get a sense of what might be the return.

If the Pelicans pass on the Lakers' offer, the hope would be that Los Angeles will be making the same pieces available after the season.

They might, but if the Celtics lose Irving to the Knicks while New York also lures Durant, what will the market look like if there's no Tatum offer?

Should Boston change direction, do the Lakers have the best offer on the market—especially if Paul is aggressively warding off remaining suitors?

Los Angeles may instead invest in short-term pieces while hoarding cap room in 2020 for Davis.

Don't Trade Davis At All

Provided Davis holds true to his word, he'll sign elsewhere after next season. Whether that's with the Lakers or any other franchise, the Pelicans would lose an elite star without any compensation.

The Lakers may be willing to overpay this summer to get Davis, but if they make their best offer now and are turned away, they may be in a position to lowball the Pelicans—especially if Boston bows out—the market dries up and Paul scares away other suitors.

Be it Thursday, over the summer or even a long delay until next February's trade deadline, New Orleans is going to have to pull the trigger on a deal. Every path includes risk. But a deal this week provides a greater level of certainty than the alternatives.

Future offers may prove to be better, but they also may be significantly worse. Are the Pelicans ready to risk it?