The Phoenix Suns' rebuilding plan is working out beautifully with first-year head coach Jeff Hornacek on the sidelines and new general manager Ryan McDonough constructing the roster. But how would a potential Pau Gasol trade impact the upstart Suns moving forward?

Sources close to the situation are saying that Phoenix has emerged as a possible trade destination for the seven-foot Spaniard, according to ESPN’s Marc Stein.

At the root of any potential Gasol swap is Emeka Okafor’s expiring contract, which checks in at more than $14.4 million. The veteran big man out of UConn has been sidelined for the entire 2013-14 season thus far due to a herniated disc in his neck.

His contract is desirable from the Los Angeles Lakers' perspective, because, according to Stein, the $4.8 million difference between his salary and Gasol’s $19.2 million would drop L.A. less than $3 million away from the NBA’s luxury-tax threshold.

As a result, the Lakers would only need to complete another (smaller) deal to avoid the tax situation entirely. For a team floundering near the Western Conference basement with a 16-31 record, avoiding the luxury tax should be a prominent goal.

With that said, the Lakers had similar discussions with the Cleveland Cavaliers earlier this season. The proposed deal with Cleveland would have been built around an offer for disgruntled big man Andrew Bynum—a trade that would have saved L.A. about $20 million all told, according to Brian Windhorst and Ramona Shelburne of ESPN.

While the financial factor made plenty of sense for the Lakers, they weren’t willing to part ways with Gasol without receiving a first-round pick or young asset in return. The Cavaliers eventually traded Bynum to the Chicago Bulls for Luol Deng.

So, would the Suns be willing to sweeten the pot by adding a first-rounder to the deal?

Well, according to NBA.com’s Scott Howard-Cooper, the Suns have been looking to trade picks in the 2014 draft to potential suitors.

As of Feb. 3, the Suns have four first-round picks in 2014 because three from other teams would all transfer. That includes the Indiana Pacers (top-14 protected), Minnesota Timberwolves (top-13 protected) and Washington Wizards (top-12 protected).

Needless to say, the Suns have options.

The Lakers appear open to trading the 33-year-old, but they want an asset in return. Phoenix has the assets, so there’s two ways of looking at this deal if it happens.

On the surface, sending a first-round pick to Los Angeles in order to rent Gasol for three months before he becomes an unrestricted free agent doesn’t appear to be the best plan of action for the Suns.

The team is playing extremely well—winning five in a row (including four on the road) without Eric Bledsoe—and holds the No. 6 seed in the Western Conference with a 29-18 record.

After an impressive start, however, the Suns are going to want to ensure a playoff berth at season’s end.

Despite struggles in recent years, Gasol still has plenty to offer NBA teams. Seven-footers with his skill set don’t grow on trees.

In a glass-half-full scenario, the Spaniard would join the Suns and continue the dominant level of play he displayed in January. During 2014’s first month, Gasol averaged 20.8 points, 11.9 rebounds, 3.9 assists and 1.7 blocks per game while shooting 51 percent from the floor.

That performance didn’t translate to many wins—L.A. finished 3-12 in January—but his supporting cast in Los Angeles isn’t what it would be in Phoenix.

He would add a strong interior presence on offense that could open up scoring opportunities for Goran Dragic, Gerald Green and Channing Frye on the perimeter.

Additionally, Gasol may feel rejuvenated in Phoenix after years of scrutiny in L.A. It’s hard to remember a trade deadline that didn’t include his name, and many Lakers fans have been demanding he be traded as a result of his recent struggles.

If Coach Hornacek could find a way to make Gasol comfortable within his uptempo system, the Suns would unquestionably be a better team. He could play center beside the outside shooting of Frye or power forward next to the defensive prowess and athleticism of Miles Plumlee. His versatility in that regard is a big net positive.

Adding the long-time Laker would all but guarantee a playoff berth in 2014, and it may even give the Suns enough firepower to upset a higher seed (especially if Bledsoe gets healthy in time).

Also, Gasol’s contract of more than $19.2 million would come off the books at season’s end and give Phoenix more cap flexibility than it would have with Okafor’s expiring deal.

If the lanky big man enjoyed his stint in the Valley of the Sun, he may even consider re-signing at a discount to be a part of something special.

Even though the Suns have compiled four first-round picks in 2014 (if they all transfer at the end of the season), sending one to a Pacific Division rival for a potential three-month rental has its risks.

Gasol will be out “at least a week” due to a strained right groin, according to Eric Pincus of the Los Angeles Times. The injury isn’t expected to be serious, but Phoenix needs to get a healthy Gasol if a first-round pick or young asset is involved in the deal.

And for what it's worth, the Suns aren't keen on giving up one of those precious picks.

Per Mark Medina of the LA Daily News:

The franchise also runs the risk of hindering team chemistry by acquiring the veteran. Gasol and Lakers head coach Mike D’Antoni have not been on the same page at times this season, which is a red flag because Hornacek’s fast-paced offense emulates D’Antoni’s to some extent.

“When I’m not getting the ball where I want to, where I’m most effective, where I can bang guys and utilize my skill, that affects my aggressiveness and overall intensity,” Gasol said, per Mike Bresnahan of the Los Angeles Times.

If Gasol doesn’t jell with the system in Phoenix, he could bog down team chemistry and frustrate guys who would lose minutes.

He’s also 33 years old and in the final year of his contract. The Suns would have the option to re-sign him this summer, but he’s nearing the twilight of his NBA career.

Even in the most optimistic rebuild imaginable for Phoenix, Gasol would be a questionable piece to the puzzle as he nears his mid-30s.

Good Trade for Both Sides?

As is the case with any potential trade, there are pros and cons.

Gasol could jell immediately with the upstart Suns, continue playing at a high level and thrust the Suns into the postseason. However, he could also struggle to find a niche, revert to a declining level of play and not provide much value for a three-month time frame.

In any case, the Lakers don’t appear to have much leverage in negotiations. They want a first-round pick or young asset for Gasol, but one team already declined that offer.

If the Lakers truly want to get away from luxury-tax penalties, moving Gasol’s contract is a no-brainer. Los Angeles is going nowhere in 2013-14 with or without him, so they may have to settle for another expiring contract and a late first-round selection (perhaps Indiana’s pick).

If the Suns can add the 20-and-11 Gasol who showed up in January, then surrendering a first-rounder makes perfect sense. He’d add veteran leadership and a skilled interior presence Phoenix has been lacking since Amar’e Stoudemire left for New York.

Unfortunately, his long-term outlook as a Sun is murky, because the front office shouldn’t want to invest in a 33-year-old long term given his up-and-down level of play.

This potential deal has intriguing ramifications for both sides. Gasol would almost assuredly be an exciting short-term addition, but the question remains whether or not he’d be a viable long-term option. 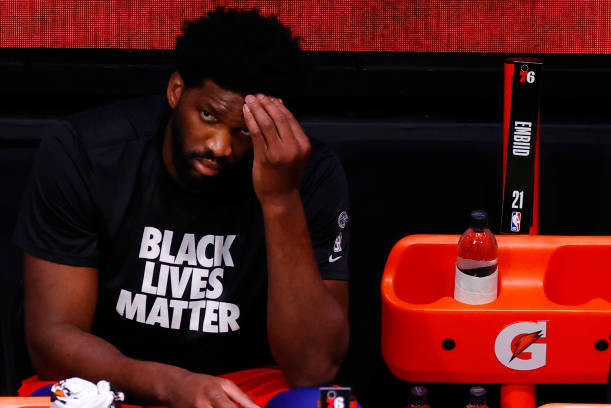