2011 NBA Playoffs Predictions: 25 Things to Watch for in the First Round 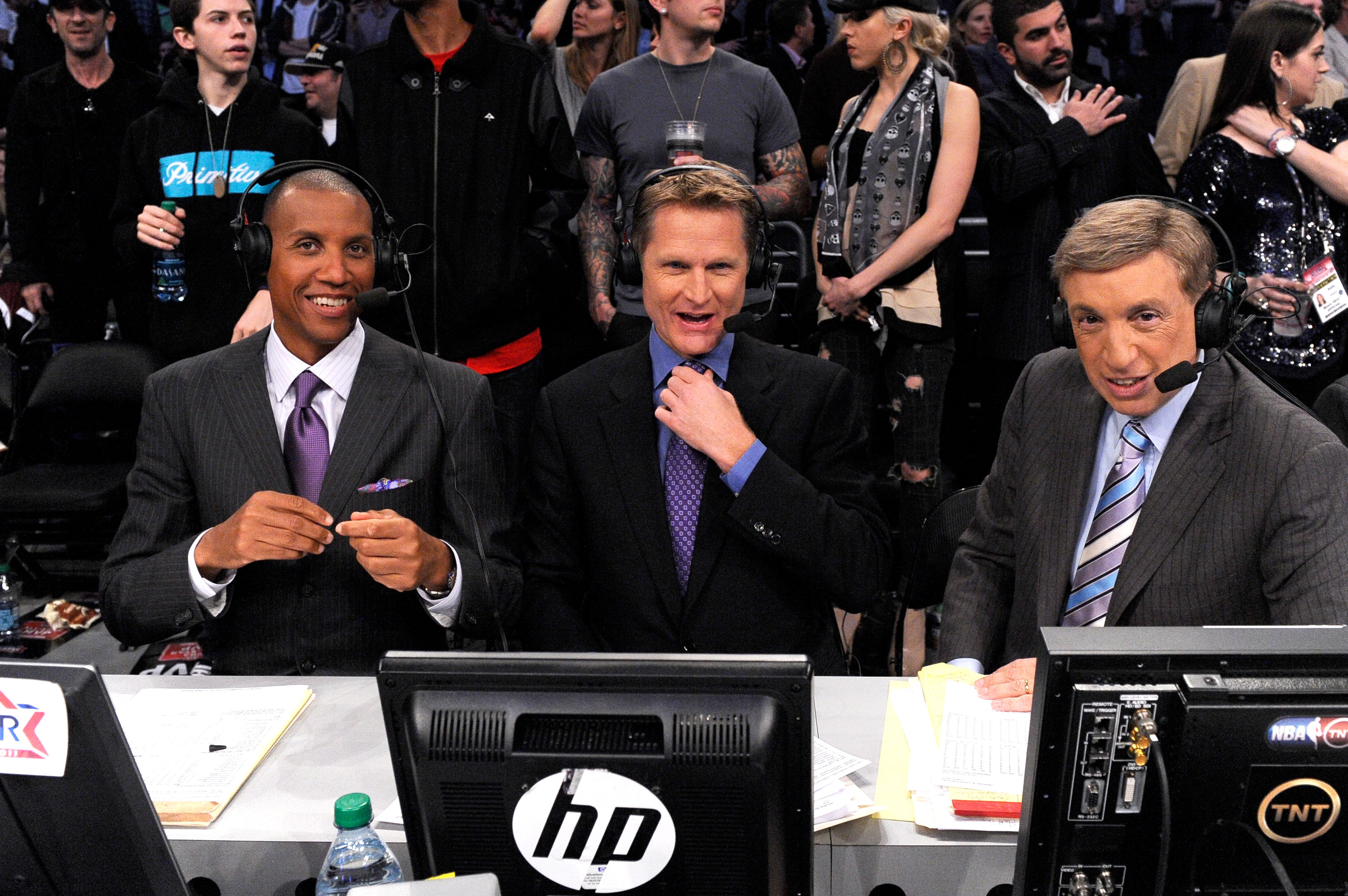 What's not to love about the NBA Playoffs?

The action, the drama, the passion, the emotion, the not having to worry about nothing being on TV.

The 2011 NBA Playoffs are almost here, and I for one am excited!

Here are 25 things (in no particular order) one should pay attention to during the first round of the playoffs.

Can Gilbert Arenas Be a Difference-Maker? 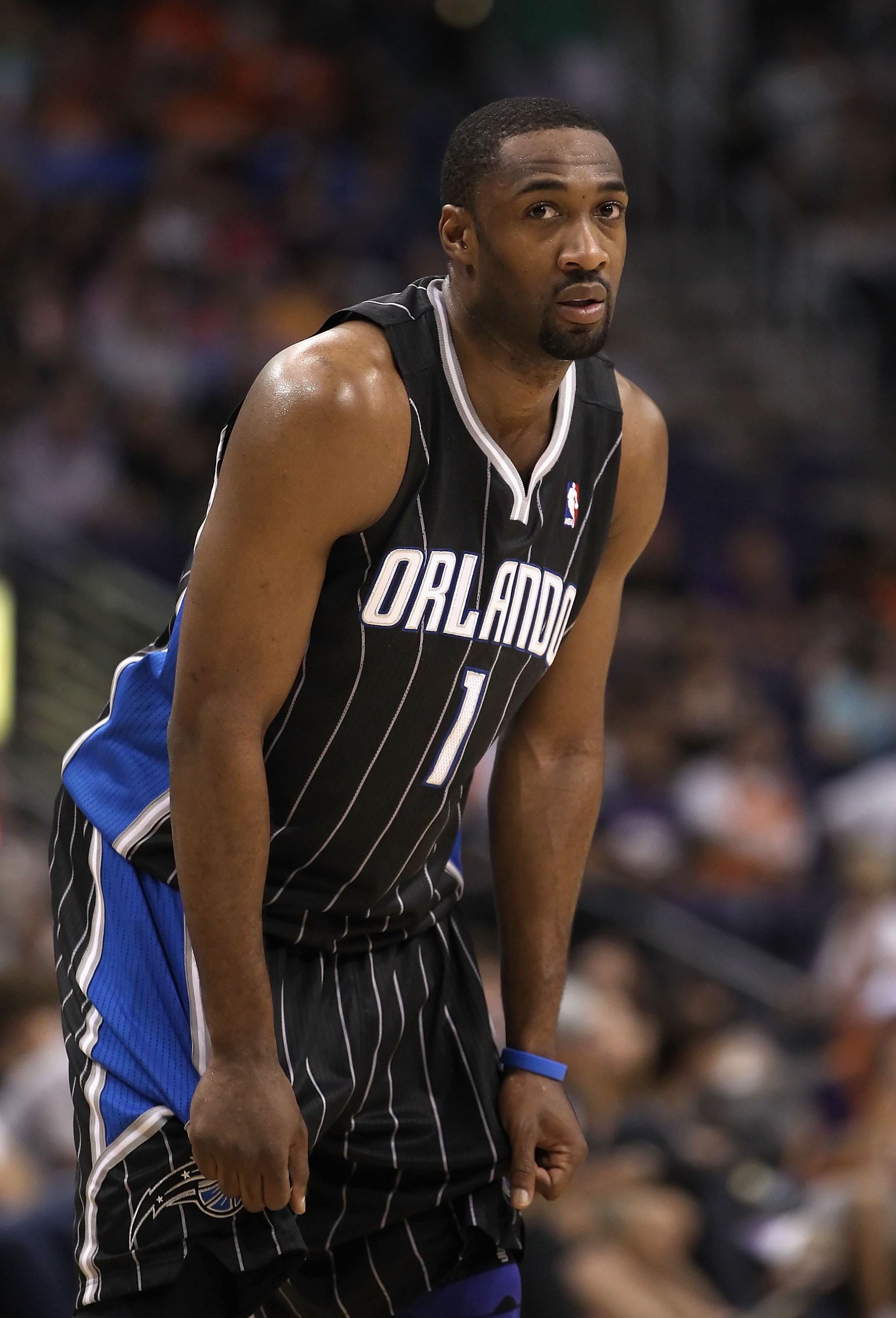 I'm bias toward the Magic, but even I have my doubts about Arenas.

I was stoked when I heard he was going to join the Magic, but he has been terrible since coming to Orlando back in December, averaging eight points, 2.4 rebounds and 3.9 assists in 21.6 minutes per game. These stats are far from stellar, but not terrible.

What bothers me about Arenas is the 2.4 turnovers per game and abysmal shooting (37 percent and an unforgivable 28 percent from three-point range).

If (and this is a big if) Arenas can show even a small amount of the great talent we all know he has, the Magic should able to deal with the Hawks in the first round. I believe Orlando could even reach the finals if Arenas plays well.

Arenas should be starting. He had arguably his best game all season April 6, scoring 25 points on 9-of-14 shooting in a win over the Bobcats.

Will Amar'e Stoudemire Be Healthy? 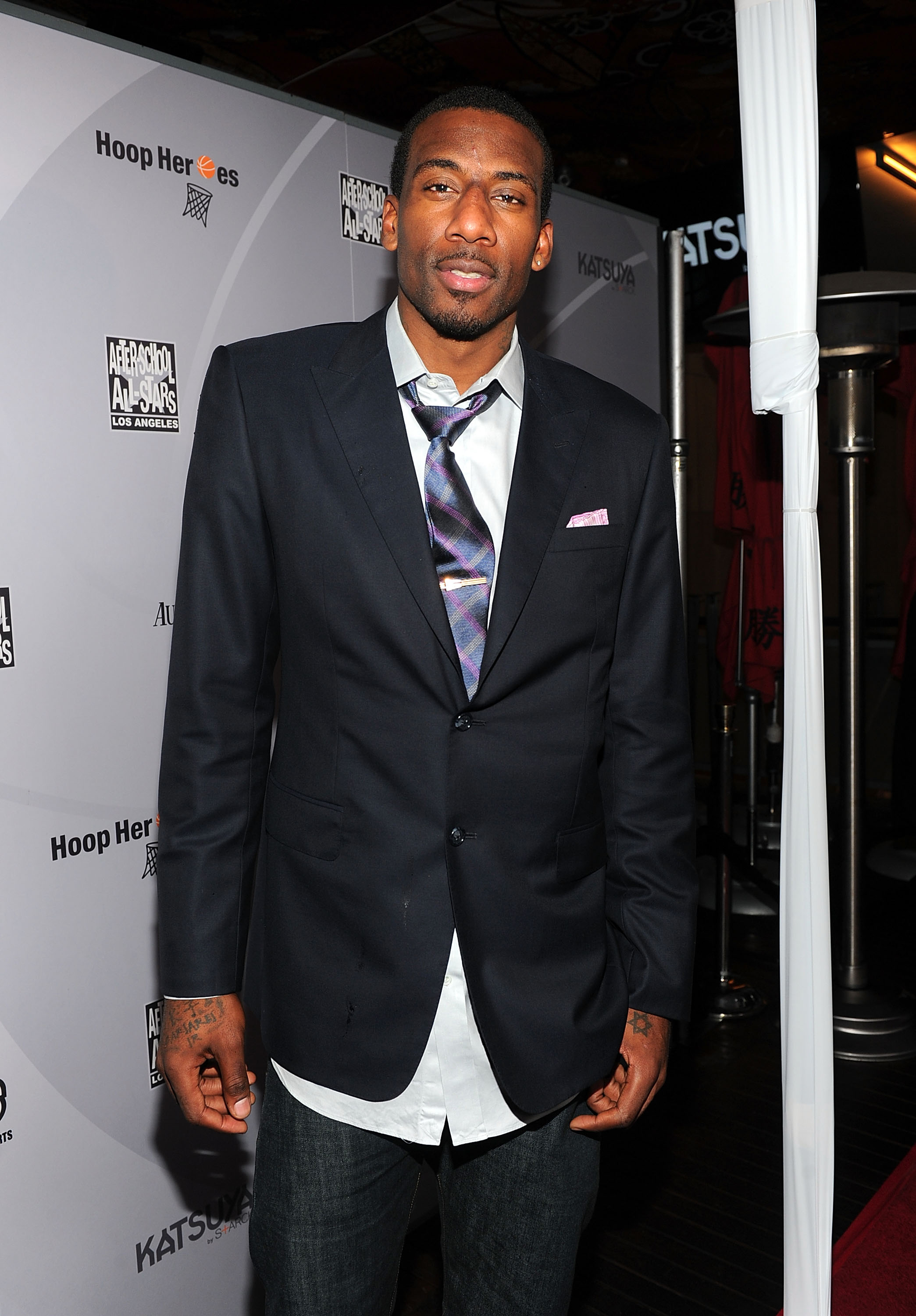 Not a bad suit Amare, but I think Knicks fans want to see the uniform against Boston in the first round.Alberto E. Rodriguez/Getty Images

It doesn't matter if we love or hate the Knicks; most of us are happy to see a team with such a great history back in the playoffs for the first time in seven years.

From what I've read, Stoudemire's injury is not severe, and he will be back for the playoffs.

The question is will he be the same Stoudemire many thought could win an MVP award this season?

The answer is no one knows for sure. I personally think Knicks fans need not worry about his injury and should worry about Kevin Garnett's defense instead.

A few days ago I said the Knicks would pull an upset over the slumping Celtics, and I'm clinging to that statement today.

Do the Lakers Still Have It? 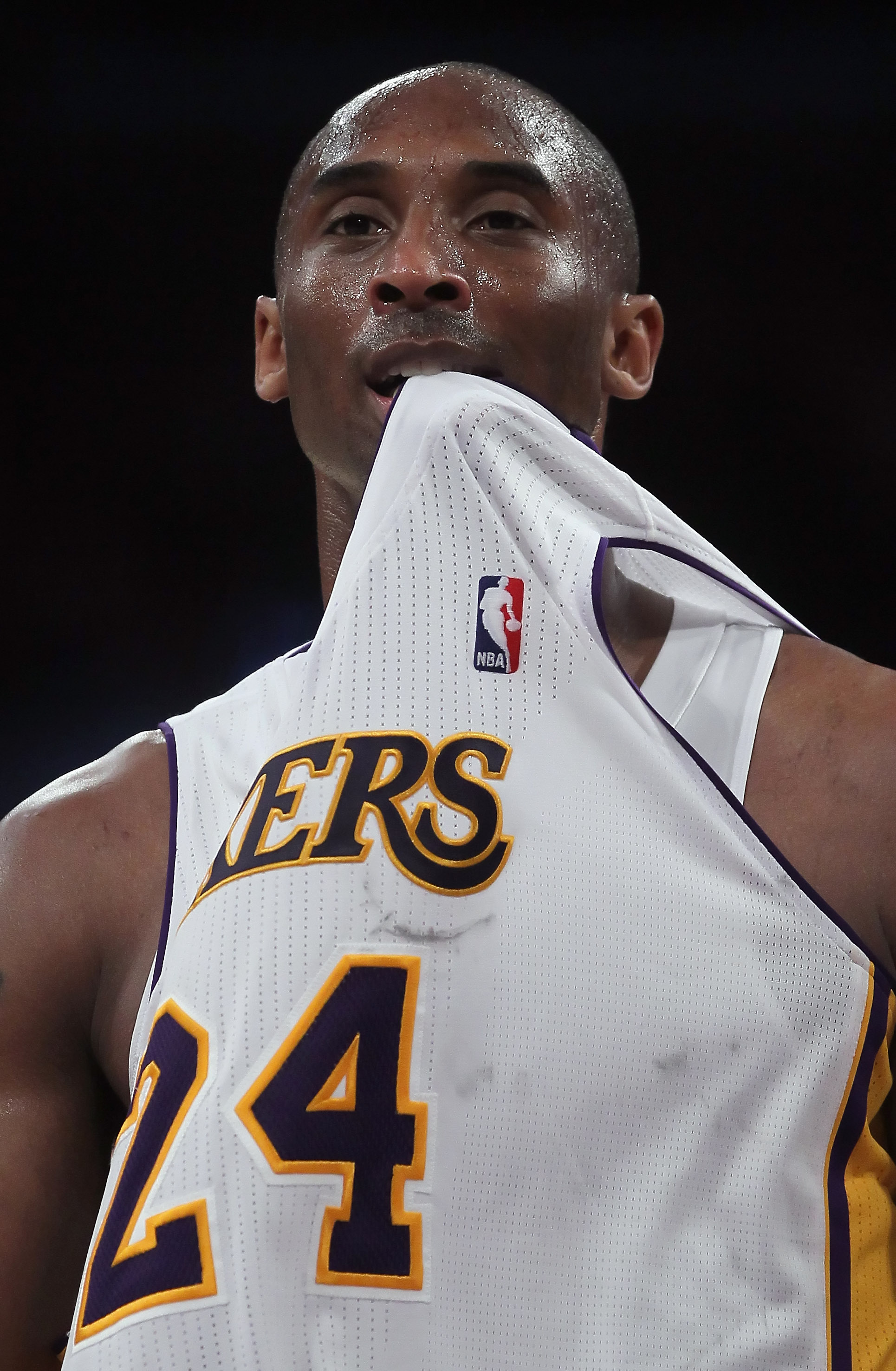 Can the Lakers win a third straight championship?

We've heard this more time than anything else in the NBA except for the words "trade" and "Carmelo Anthony."

The Lakers are a great team, and I don't think there is a logical argument that can be made that they are not.

However, they are in their second slump of the season, and it's right before playoff time.

As of now, the Lakers have fallen to the third seed. Instead of playing the Grizzles without star small forward Rudy Gay, they will be playing the much better Portland Trail Blazers.

The first round of the playoffs may just show how good L.A. will be, but Portland could pull off an upset.

How Much Will Chicago Dominate Indiana? 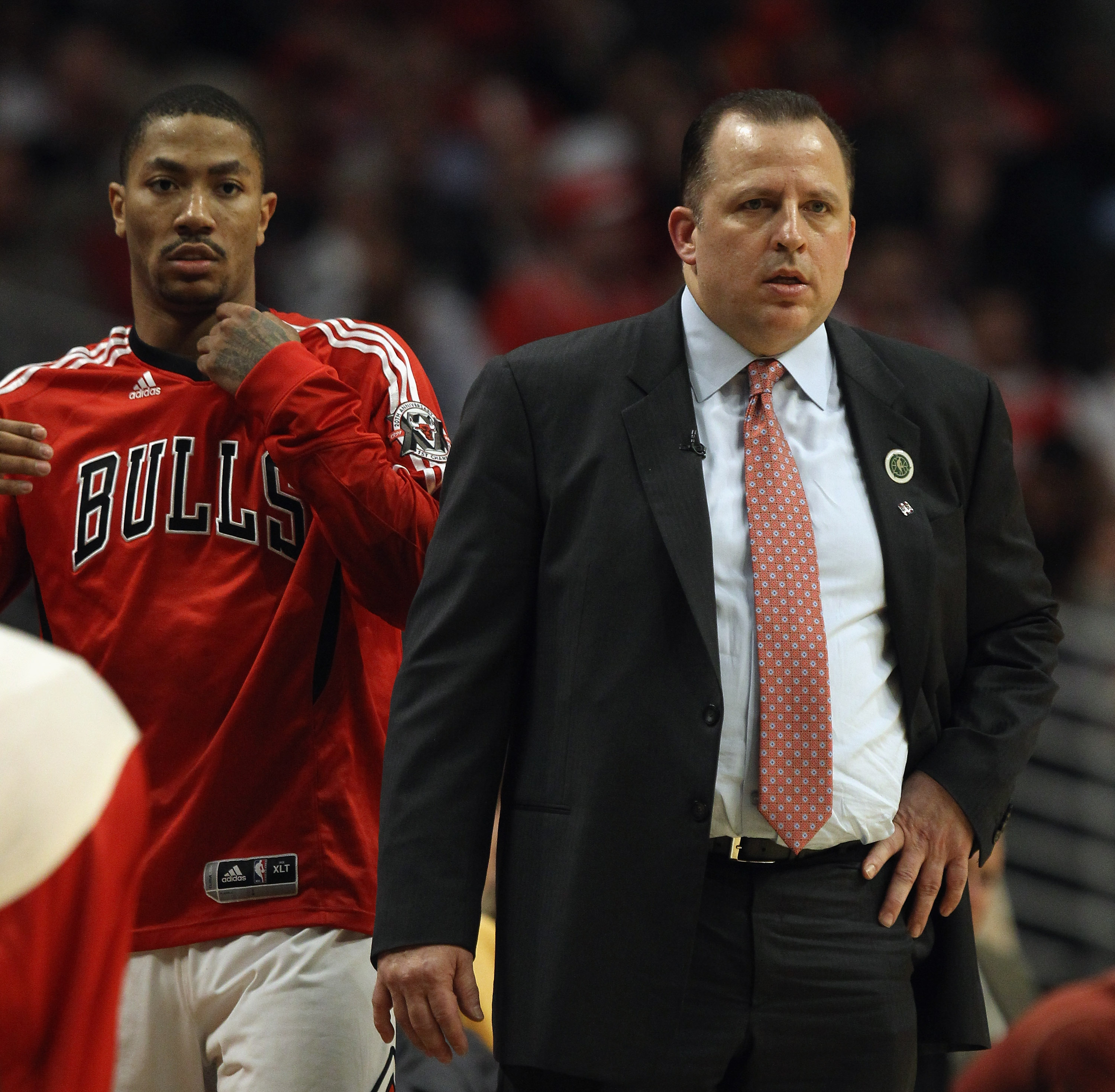 It's nice to see Indiana back in the playoffs this year. The Pacers have a great young nucleus and could be a viable threat in the East in a few years.

With that being said, I don't think anyone other than a Pacers fan would pick Indiana to win this series.

This series to me will show just how good Chicago really is. Most people still don't take the Bulls seriously, but they are just as much a threat as Miami, Boston and to a lesser extent, Orlando. If they can sweep this series, maybe people will finally see how dangerous they are.

An Early Exit for the Spurs? 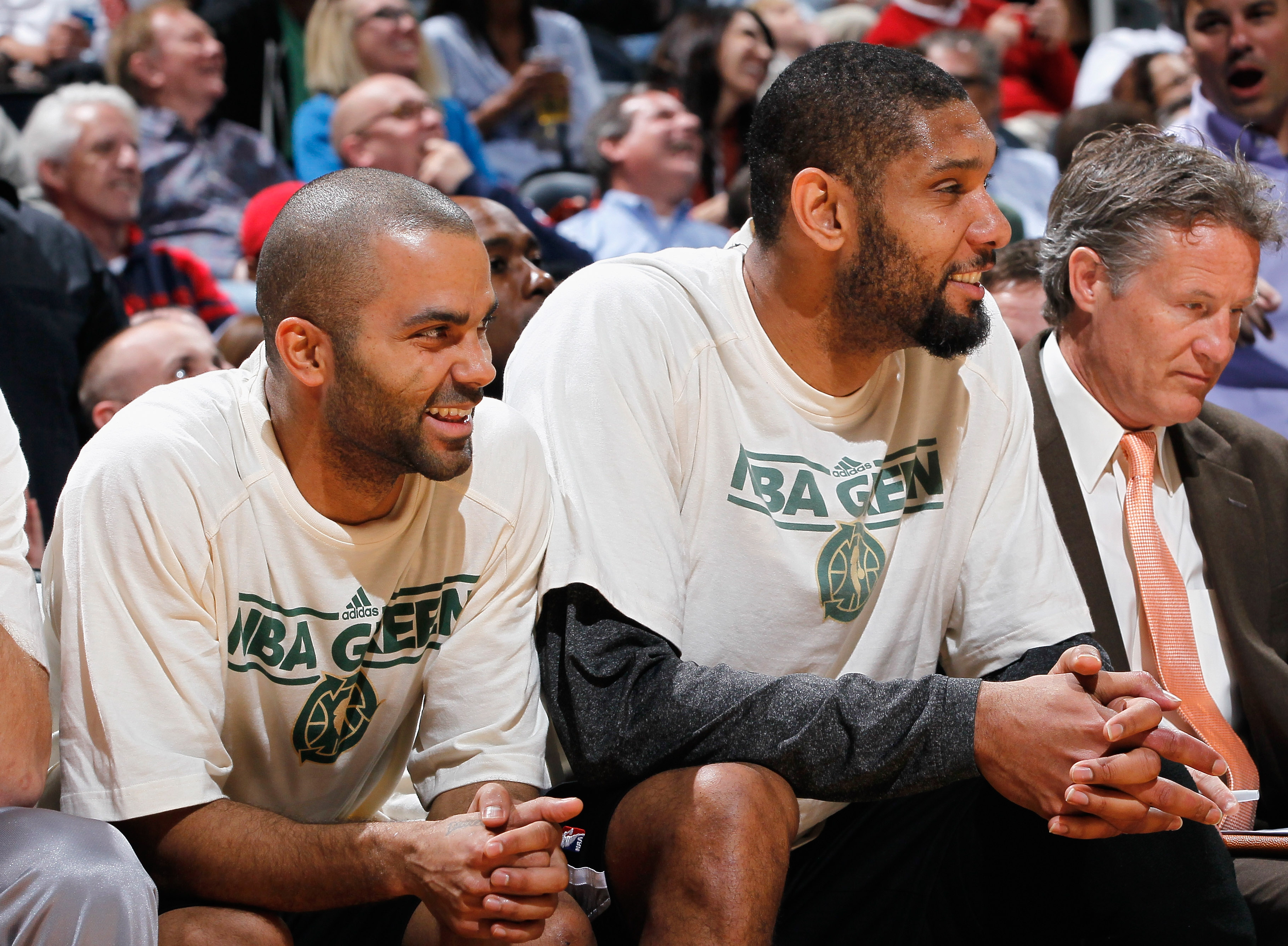 The biggest surprise of this season was the San Antonio Spurs. With a totally revamped offense and an older, less effective Tim Duncan, few expected them to be the No. 1 seed in the Western Conference.

People haven't been giving San Antonio enough respect though. The second half of the season was injury-marred, and they risked losing the No. 1 seed a few times.

But in the end, they still got it.

I don't see San Antonio losing the first round. It's just not going to happen because they are too good.

However, the Thunder or Nuggets will give them a tough challenge in the second round. 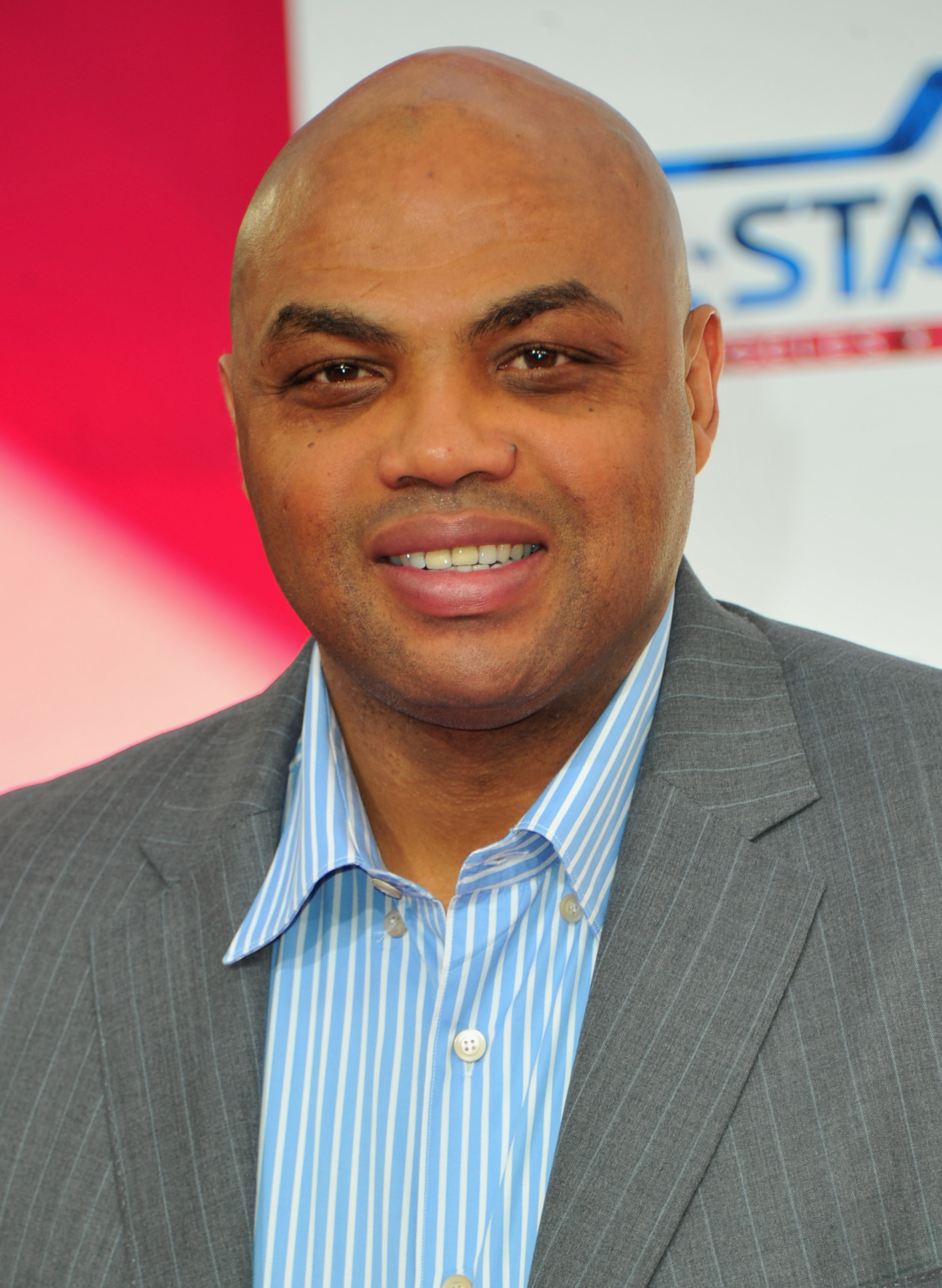 Some people love Charles, others can't stand him.

Regardless of your stance toward Charles, the playoffs wouldn't be the same without his voice. I can't wait hear, "That team is tuurrrible," and "Kenny, shut up." All lines many of us love. 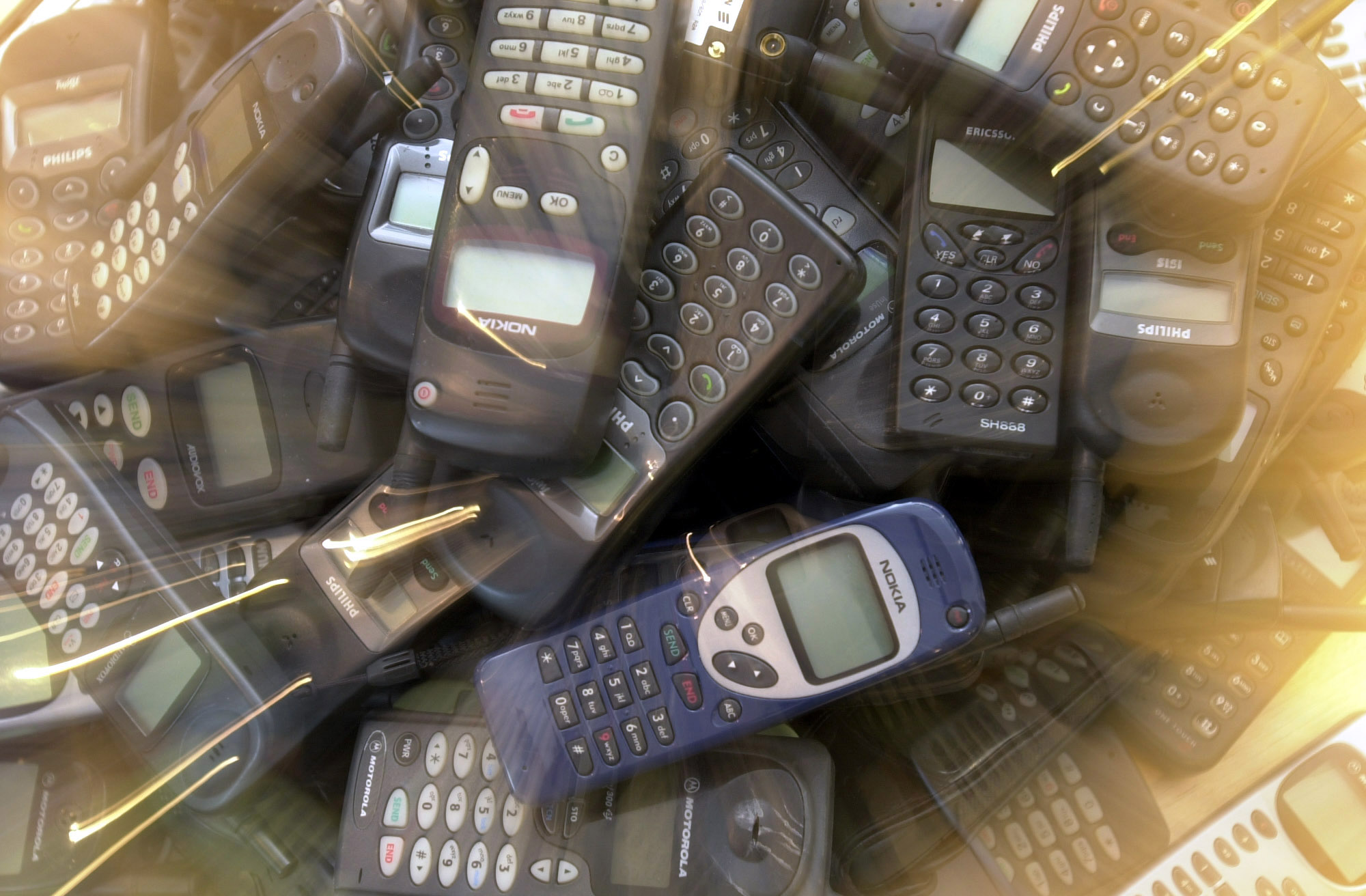 Few things hamper an action-packed NBA game more than commercials.  We need to remember though that if there was no advertising, there would be no playoffs games on TV.

So don't DVR or TiVo every game; watch a few live. It's more fun that way!

Which Lower-Seeded Teams Will Pull off the Upset? 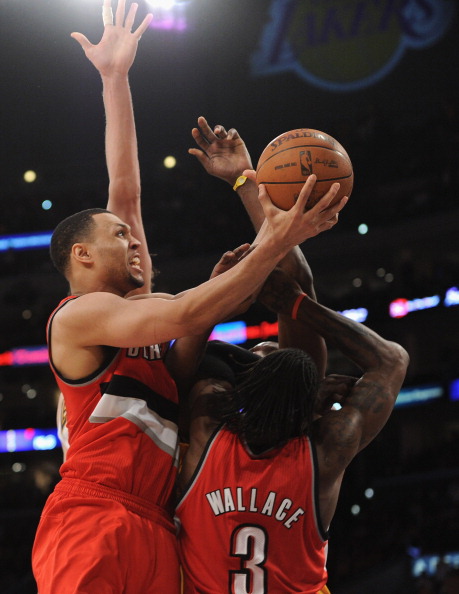 Nearly every year in the playoffs, at least one lower-seeded team pulls off an upset.

This year I think two teams have a chance: New York and Portland.

New York has been playing extremely well, winning seven of their last 10, while Boston is playing their worst basketball all year.

Portland has been resilient all season long, and with the addition of Gerald Wallace, the Trail Blazers are a much improved team. They will give Dallas or L.A. a good matchup in the first round. 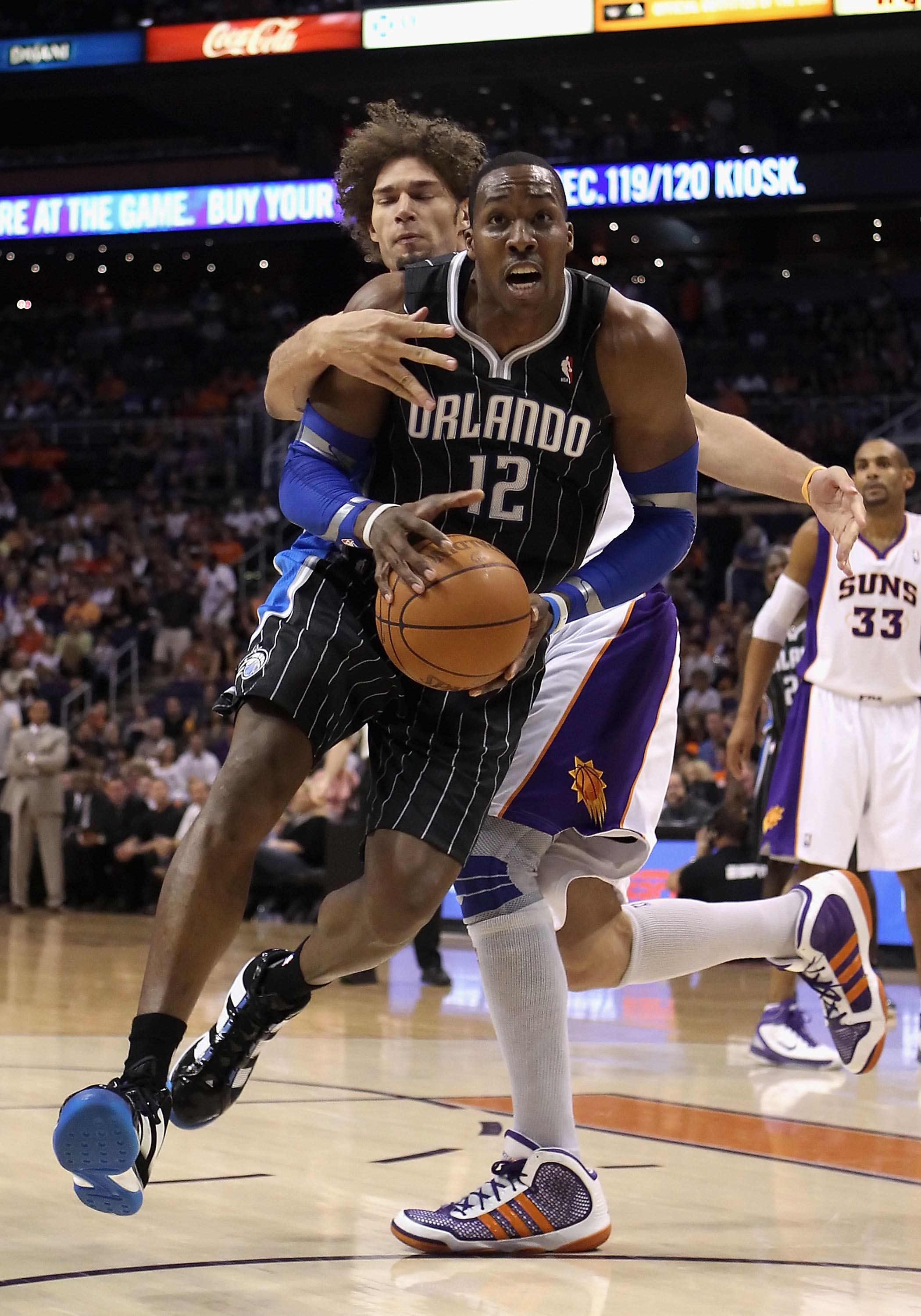 Dwight Howard is one of the most fun NBA players to watch. His much improved offensive game turned him from superstar to MVP candidate.

Watch for Howard to have some monster games against the Atlanta Hawks in the first round.

Also watch for those technical fouls, which could lead to another suspension.

How Intrested Will Obama Be in the Playoffs? 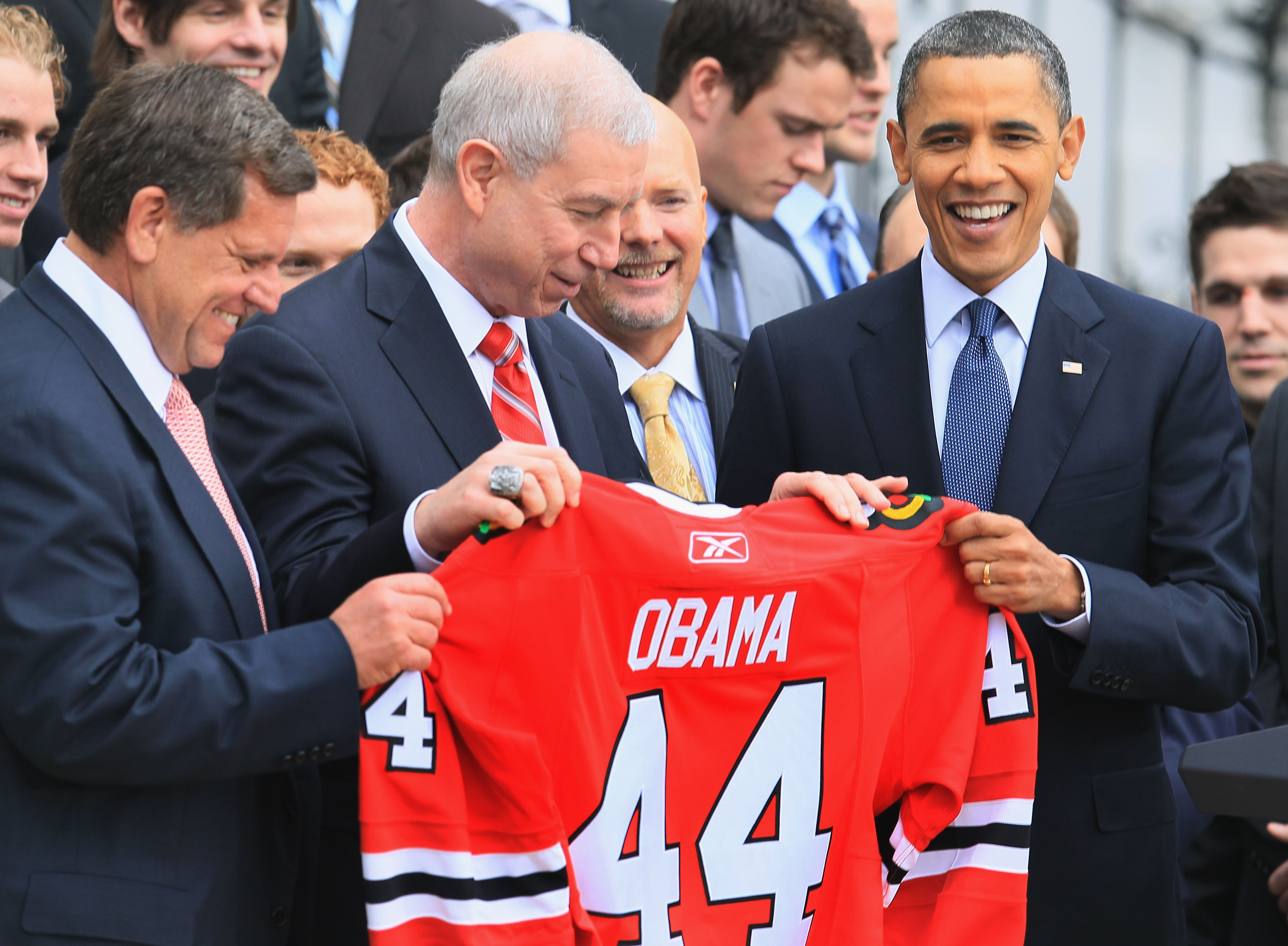 I am wondering if he will make picks for the NBA Playoffs as well.

It made my college brackets more interesting, so I'm sure it will do the same for my playoff picks. 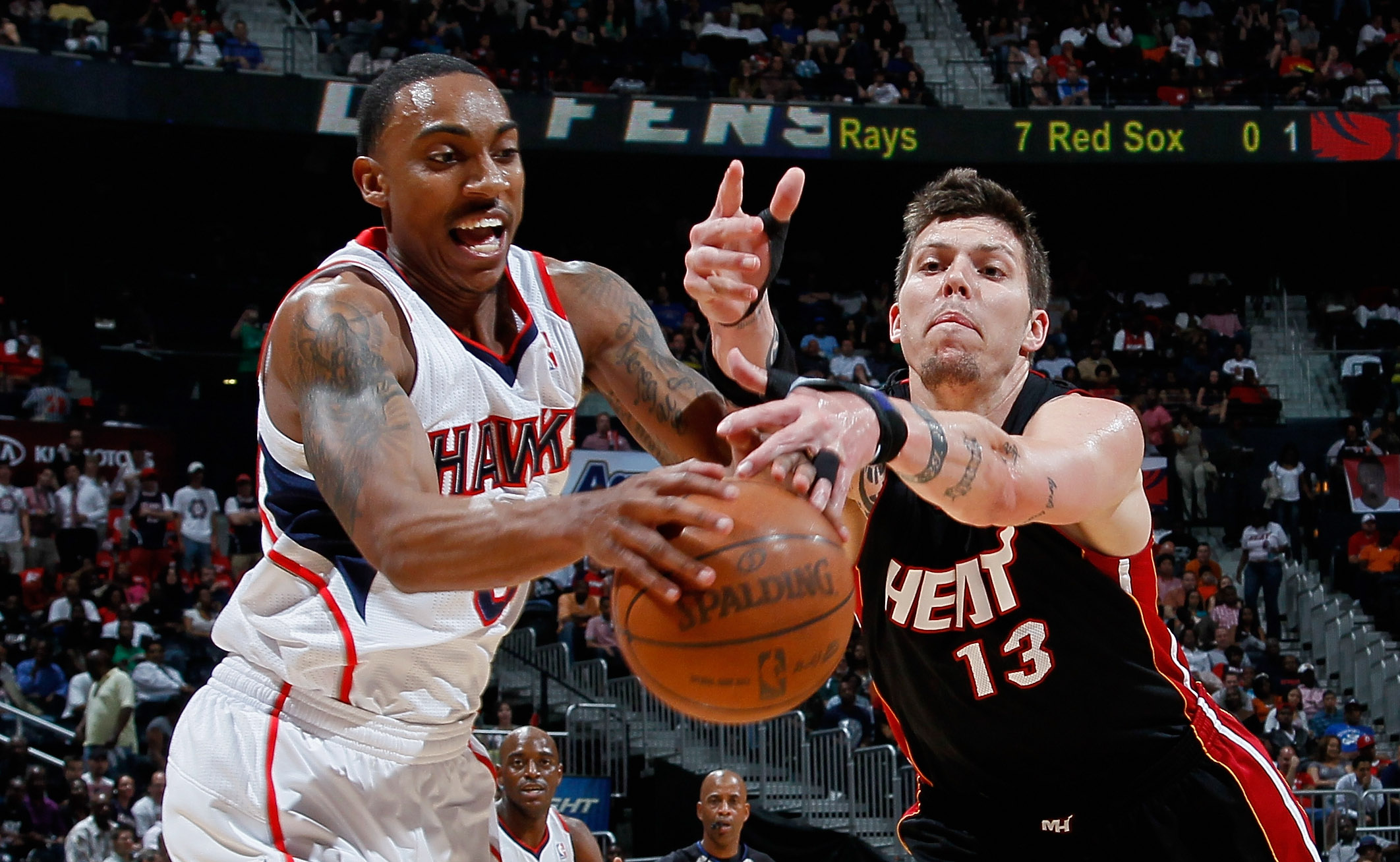 Miami should win the first round against the 76ers regardless of how well their bench preforms.

However, it may be a sign of things to come if they play well or if they play poorly. The Heat will really need something from their bench in the later rounds of the playoffs. 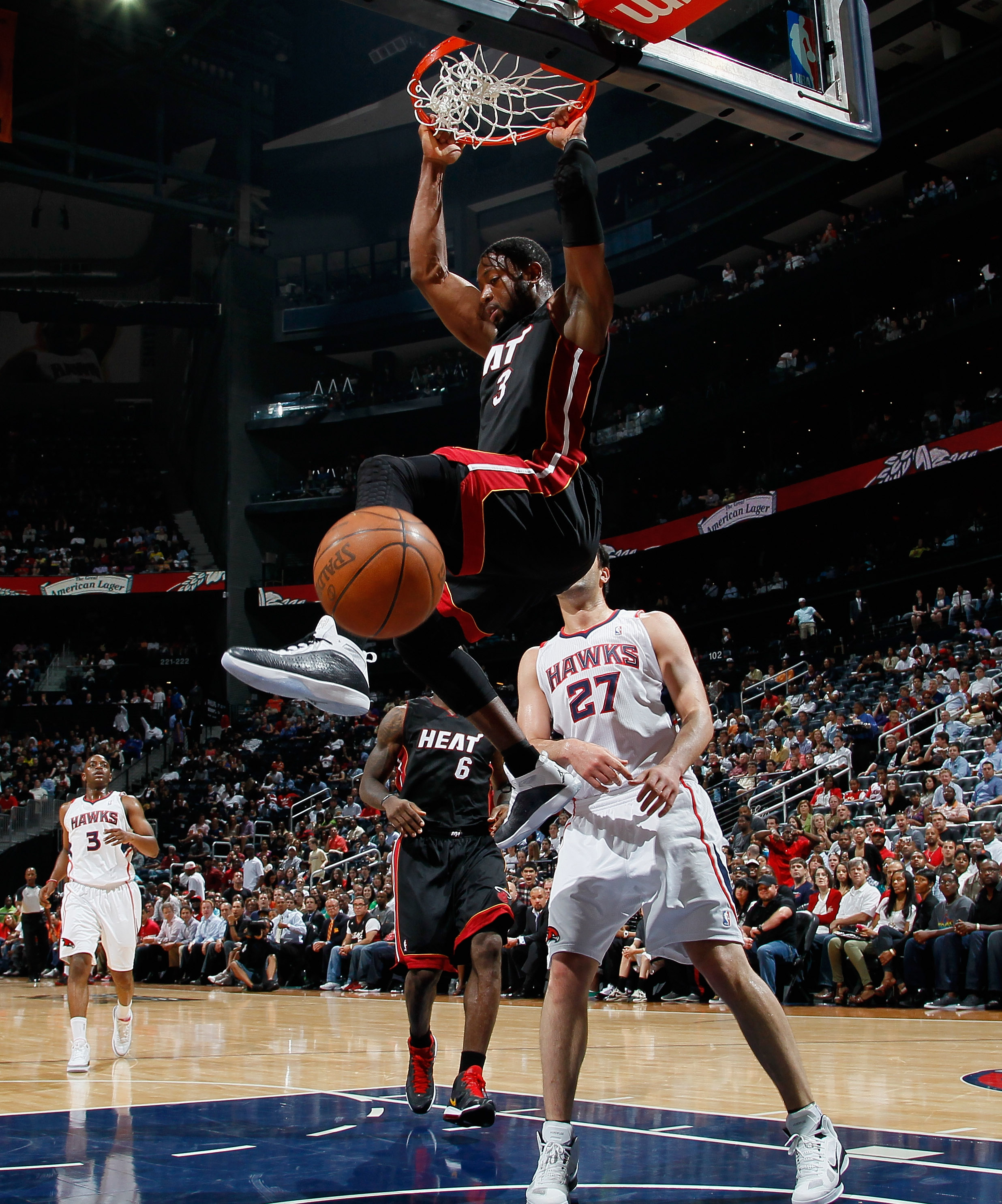 The playoffs usually offer some of the year's best highlights.

Don't expect this year to be any different. 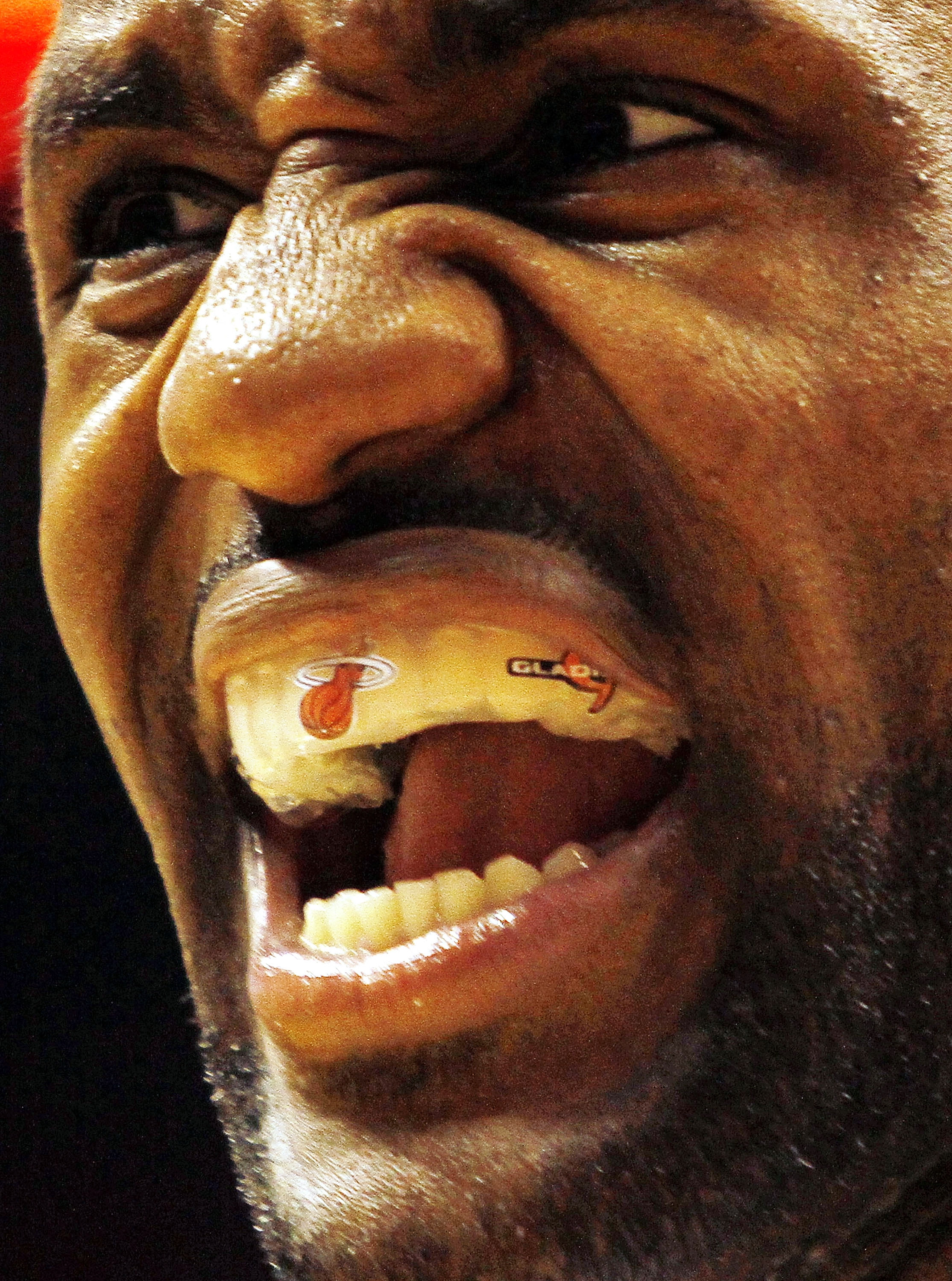 I'm sure most of you heard the CryGate scandal that rocked Miami.

In case you missed it, Erik Spoelstra basically told the media some of his players were crying after a loss. It garnered a lot of media attention, as well as attention from players and coaches around the league.

It's far down on my list of things to watch for, but if Miami loses in the first round, will we see more crying? 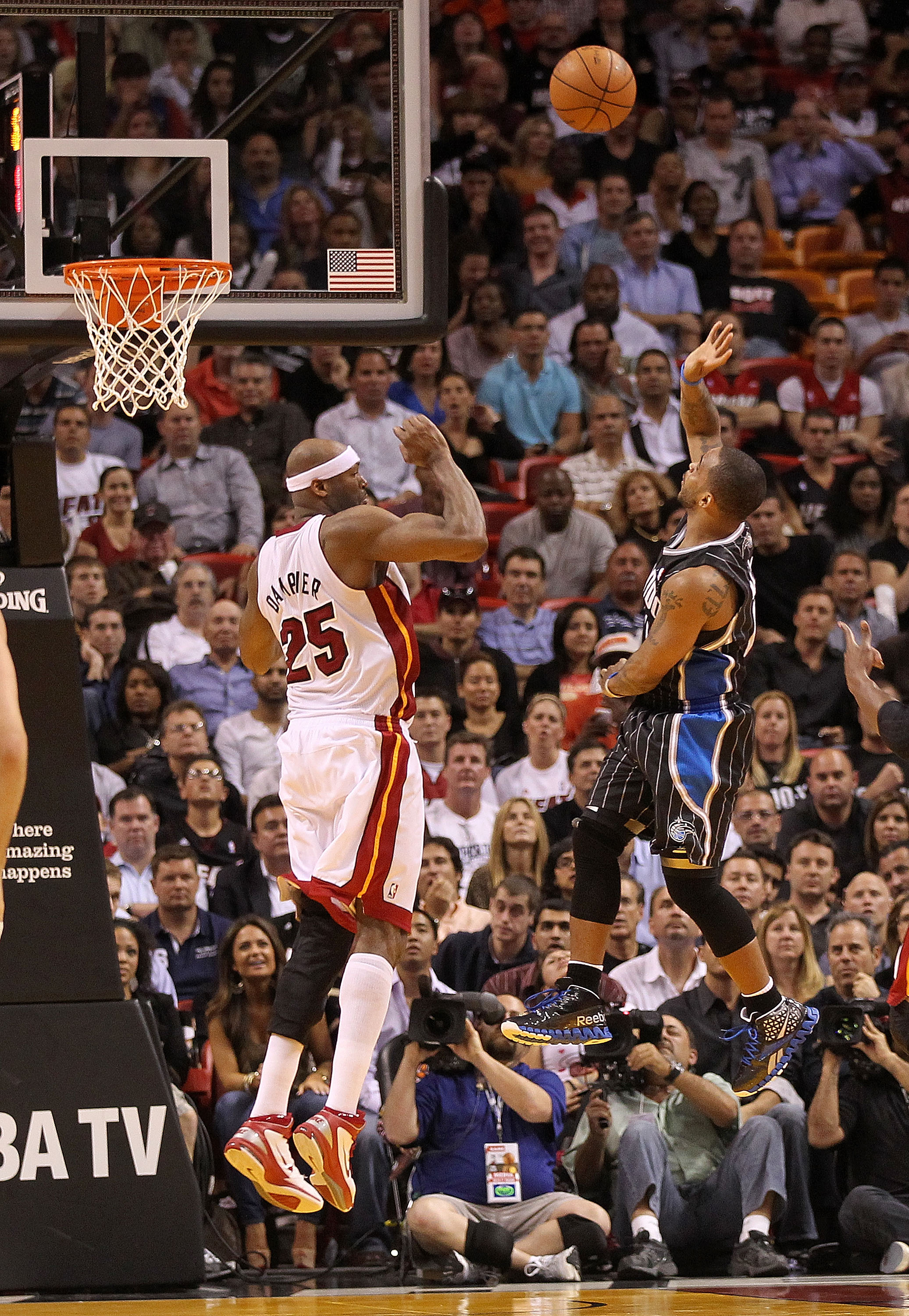 Many people, myself included, believe the Magic's success depends on Jameer Nelson more than any other player.

Dwight Howard is now consistent enough that a bad game is a rare. But Nelson is the poster boy for inconsistency. If he plays well, the Magic will have a much better shot at beating the Hawks in the first round. 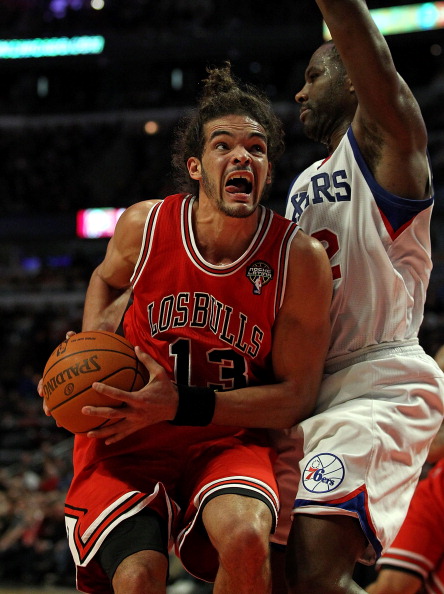 I absolutely love watching Joakim Noah play because he has more passion for the game than anyone I have ever seen.

Regardless of how well he plays during the first round of the playoffs, he will undoubtedly be fun to watch. 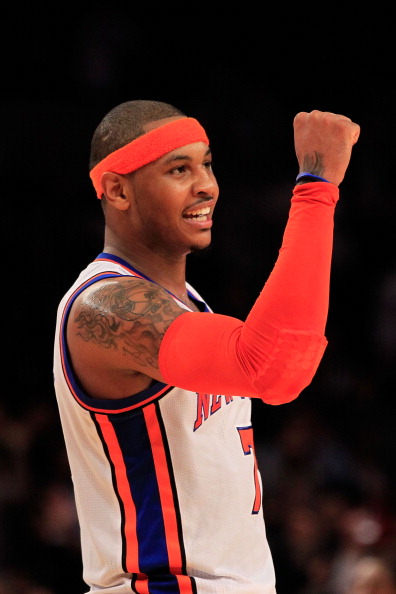 I have a sinking feeling Carmelo will not only play well in the first round, but he will also dominate the series against Boston.

I truly believe he wants to win now, so look for him to average 29 points, eight rebounds, three assists and 1.5 steals in the first round against the Celtics. 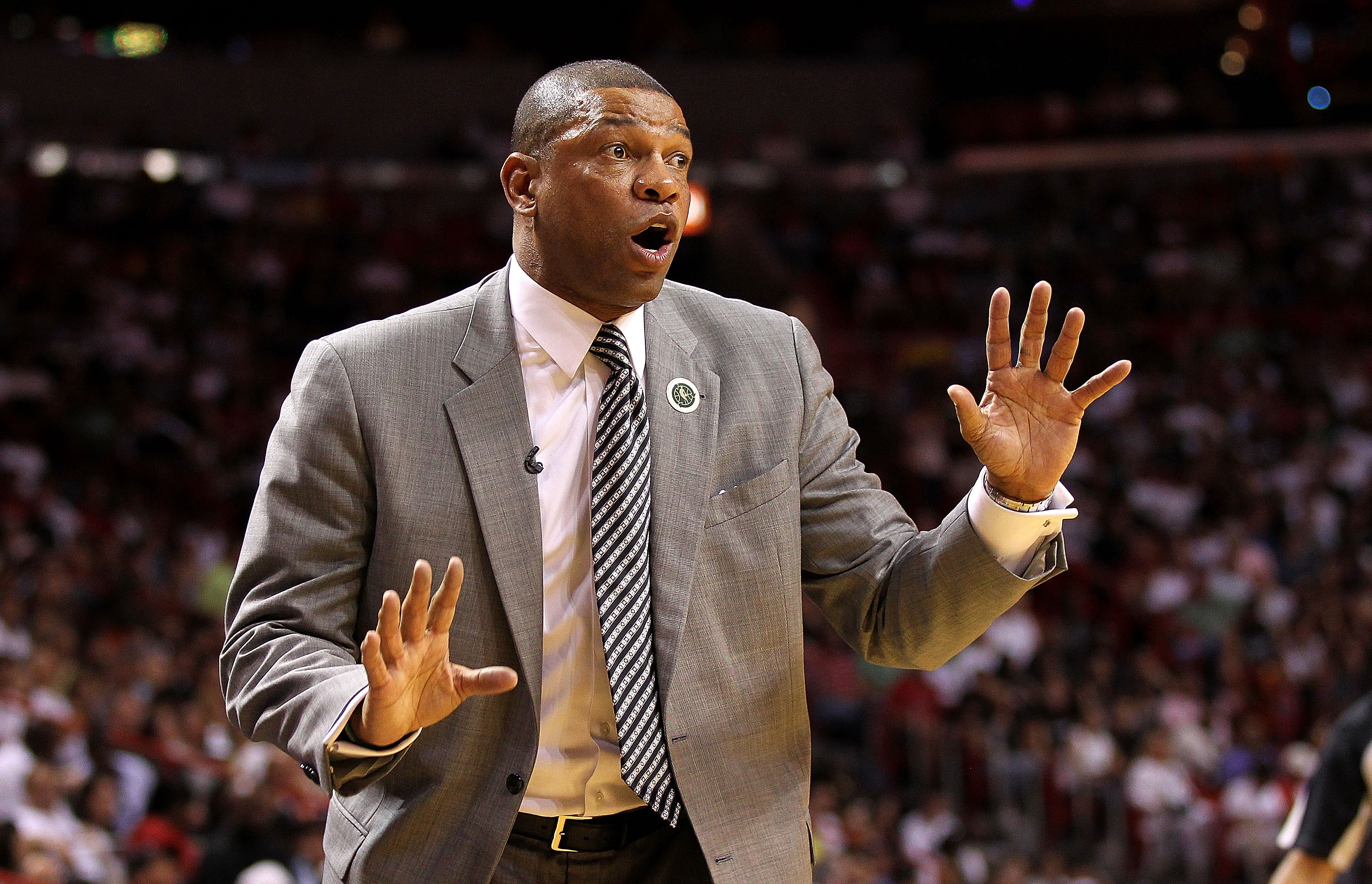 Doc Rivers has made it known this may be his last year coaching the Celtics.

The Big Three are aging.

This will most likely be Boston's last chance to win a championship for a while. Almost everyone can agree that Boston trading Kendrick Perkins was a mistake, and this mistake will hurt them against Amar'e Stoudemire and the Knicks.

It may even be the x-factor that leads them to a first-round exit. 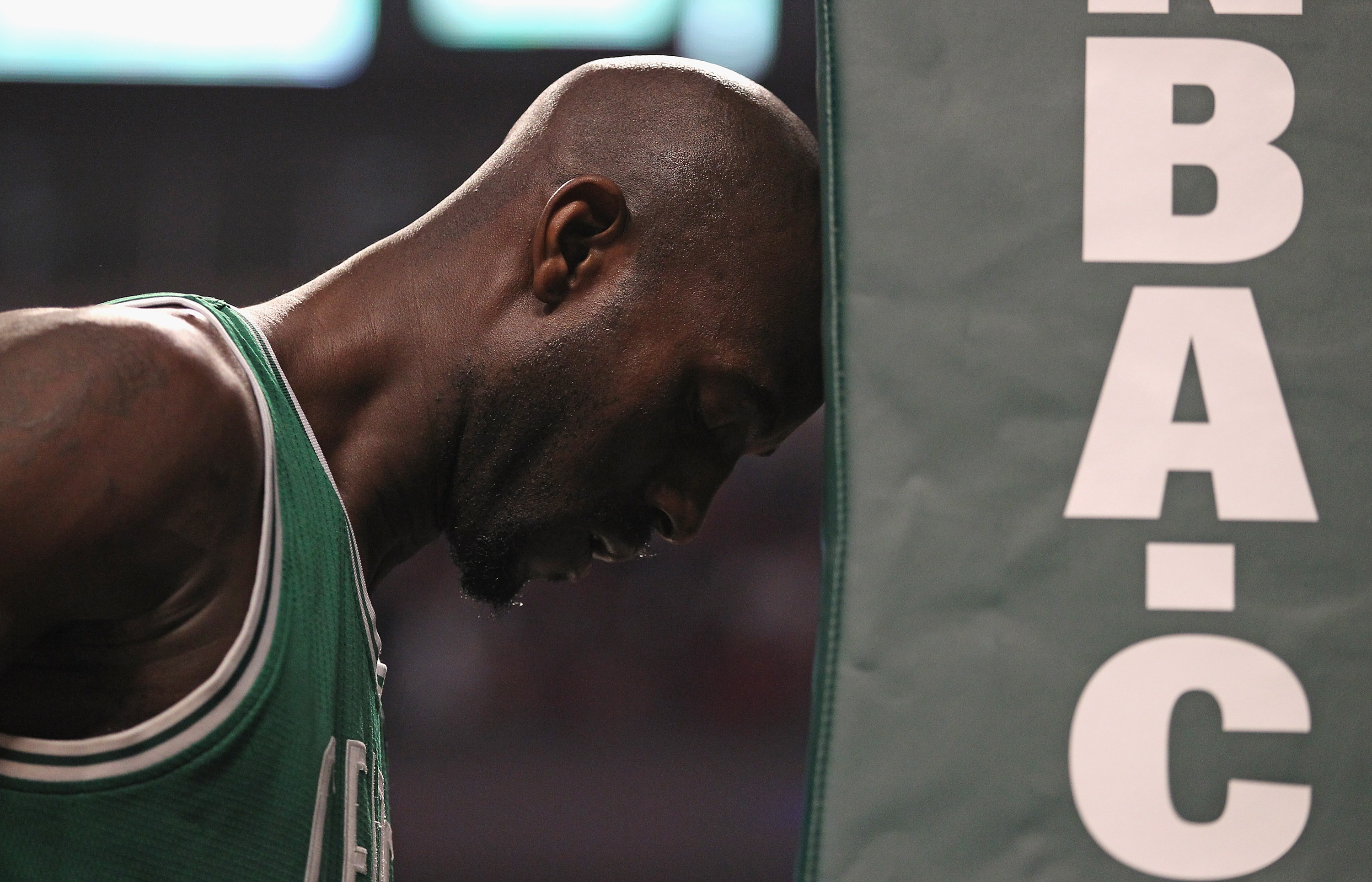 At least one matchup should come to down to that Game 7 we all love.

Look for it to happen in these matchups: New York/Boston, Orlando/Atlanta and OKC/Denver.

If a Game 7 happens, make sure to watch it. I doubt you will be disappointed.

The Denver Nuggets and the OKC Thunder. 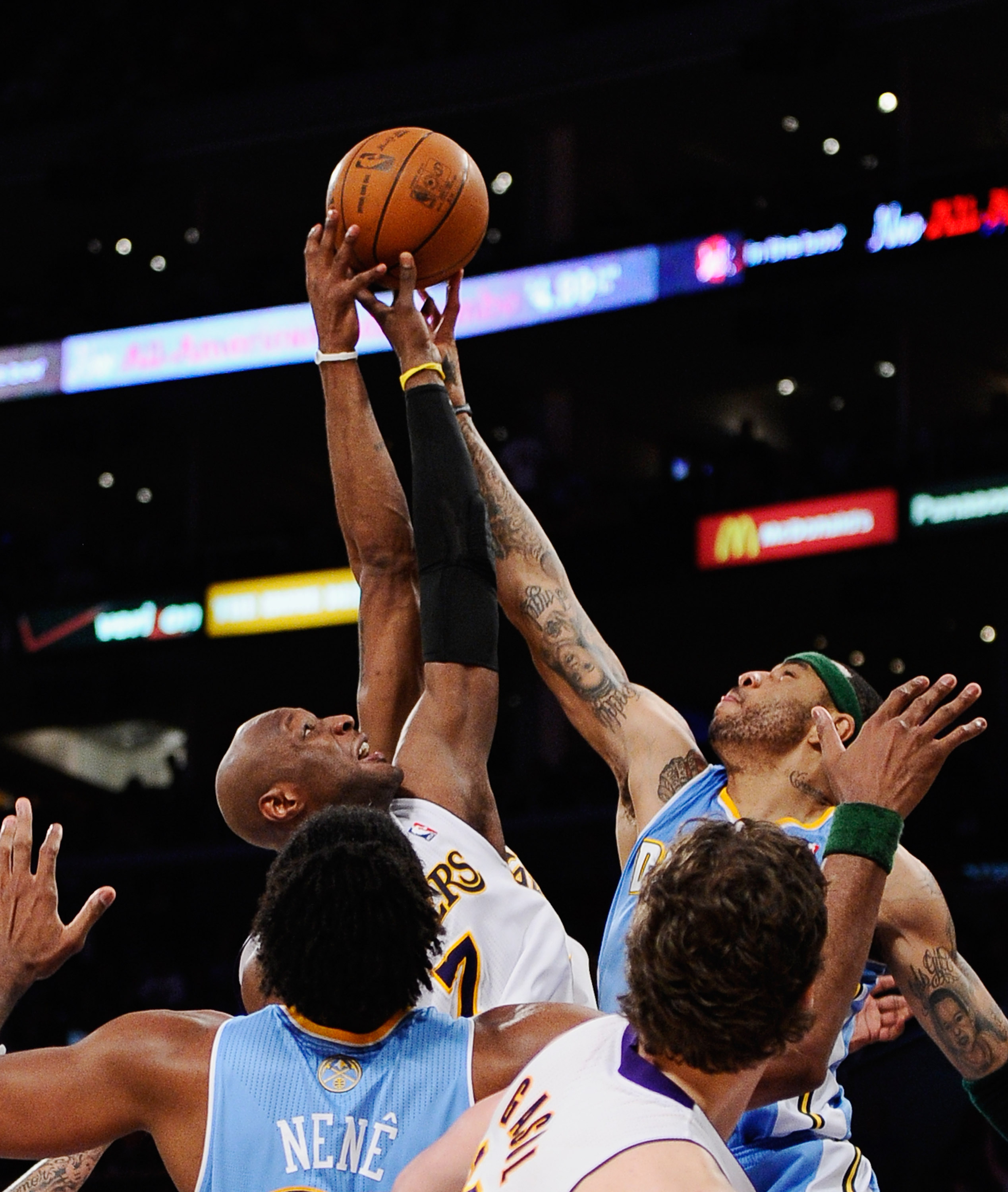 I love the Nuggets; great coach, great team players and no selfishness.

They are what every team should be.

At one point, the Nuggets were 9-2 after trading Carmelo. Right now they have 50 wins and could even end the season with 51. This is amazing for a team that was surrounded in trade talk for months and lost its superstar mid-season.

The Nuggets will be playing the Thunder in the first round of the playoffs. In my opinion, this is going to be the best first-round series in the playoffs this year. Both these teams are young, talented and very evenly matched. This is a must-watch series for any NBA fan.

I think the Thunder will win this series, but it will take all seven games. 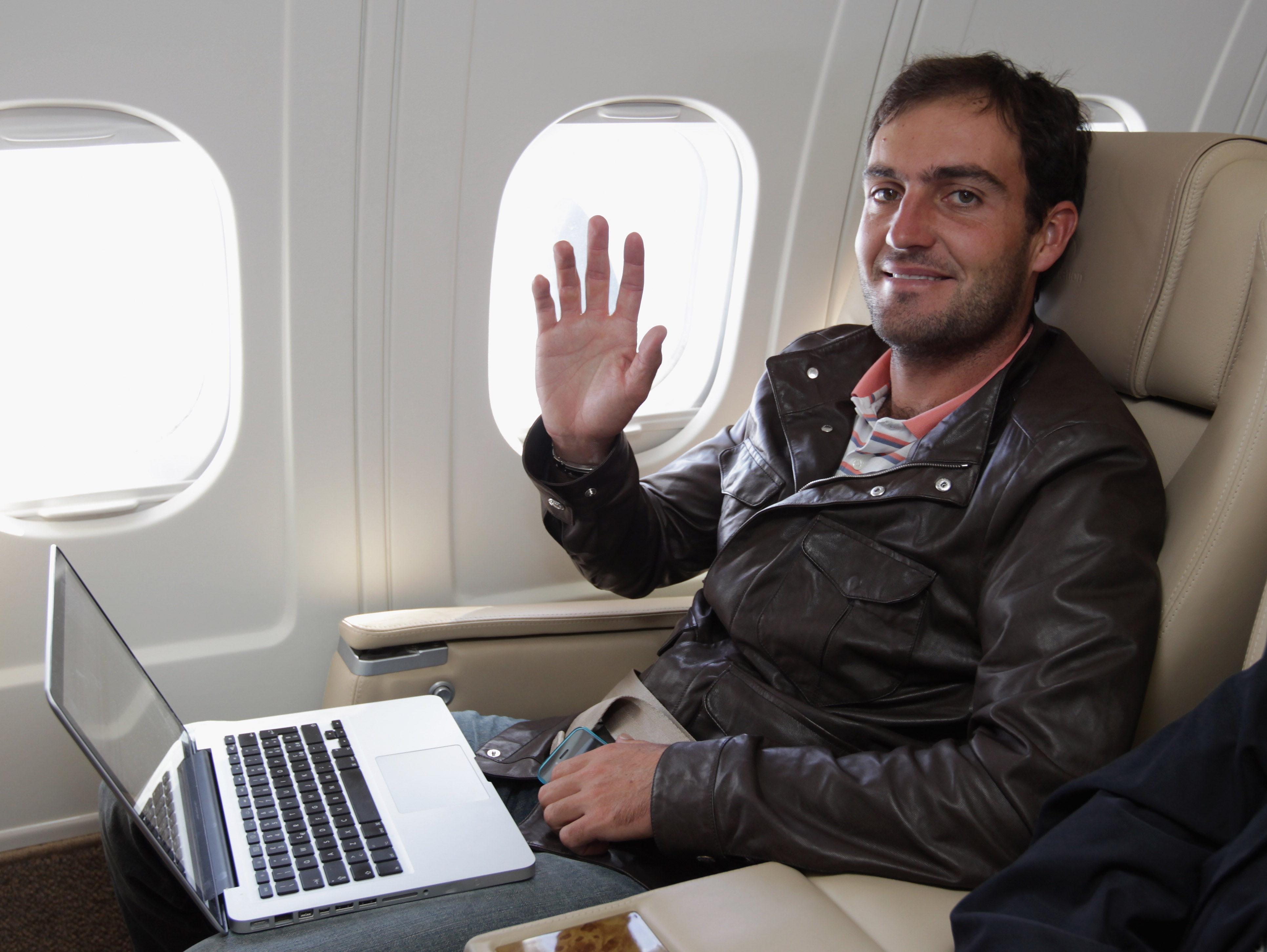 If you don't have cable and still want to watch the playoffs, don't fret.

ESPN3 has live streaming that will cover many games this year. Technology keeps getting better! 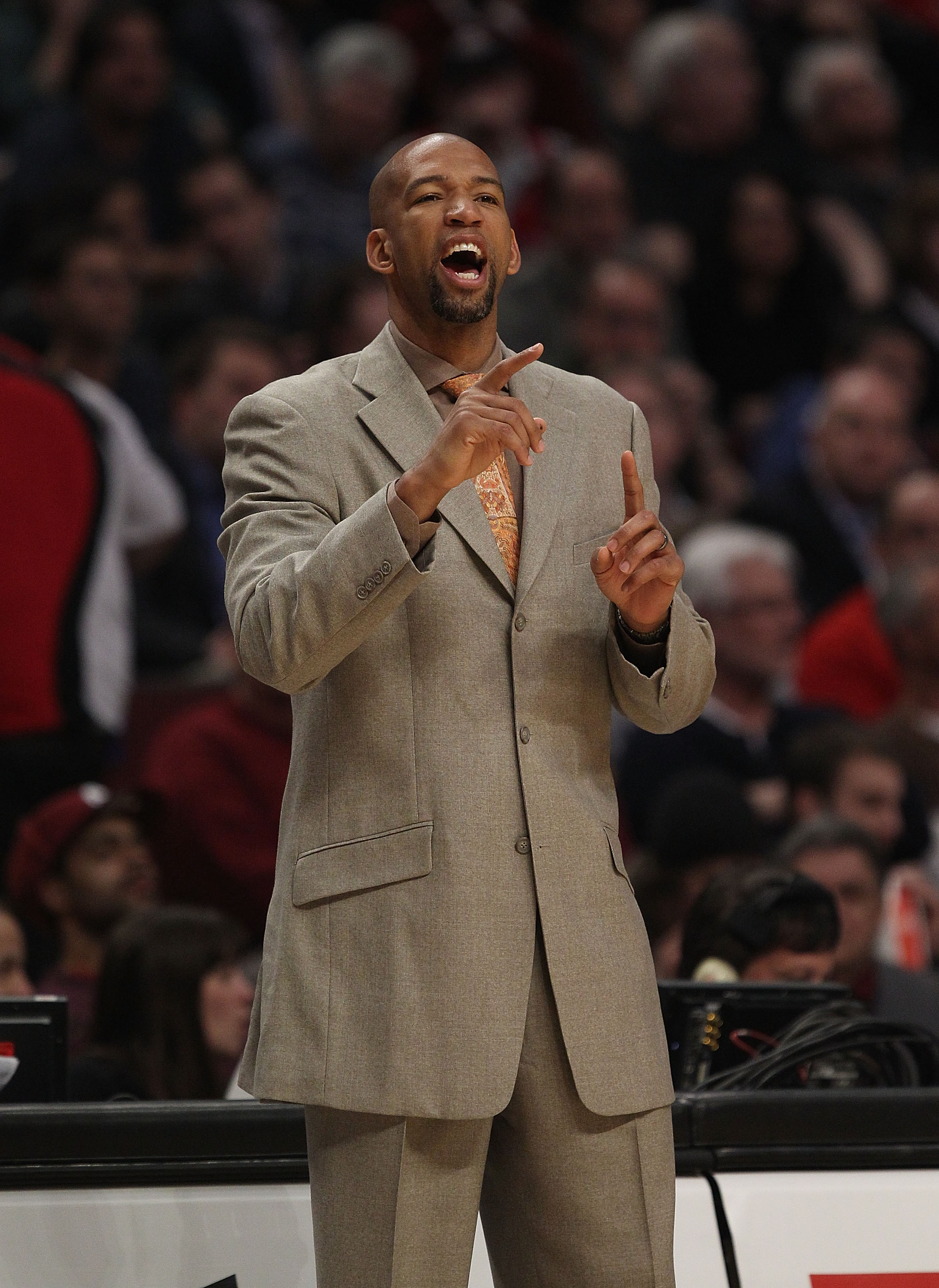 Many people thought Monty Williams would win Coach of the Year this season.Jonathan Daniel/Getty Images

It's a good news, bad news situation for the Hornets. They made the playoffs this year, but will be without leading scorer David West.

To make things worse, they will have to play Dallas or L.A.

If West wasn't injured this might be an interesting matchup, but with West out, Dallas (or L.A.) will most likely sweep the series.

Monty Williams is a great coach though, and if Chris Paul signs a multi-year deal, the Hornets will be a playoff team for years to come. 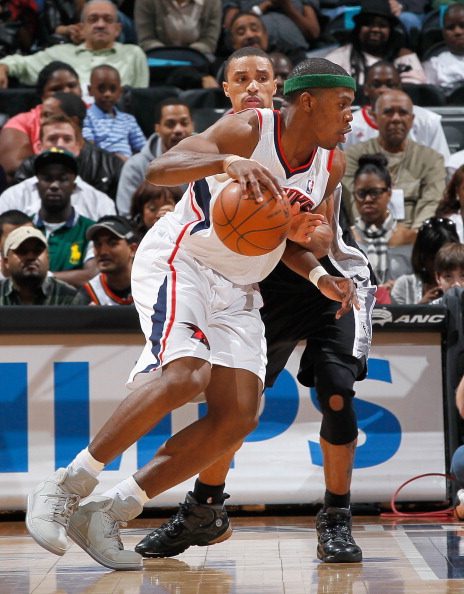 The Hawks again had a great season (44-37) under the radar, but they have lost their last five games though.

This is not a good sign for Hawks fans going into the playoffs.

The good news? The Hawks won three of four meetings they had with Magic this season. 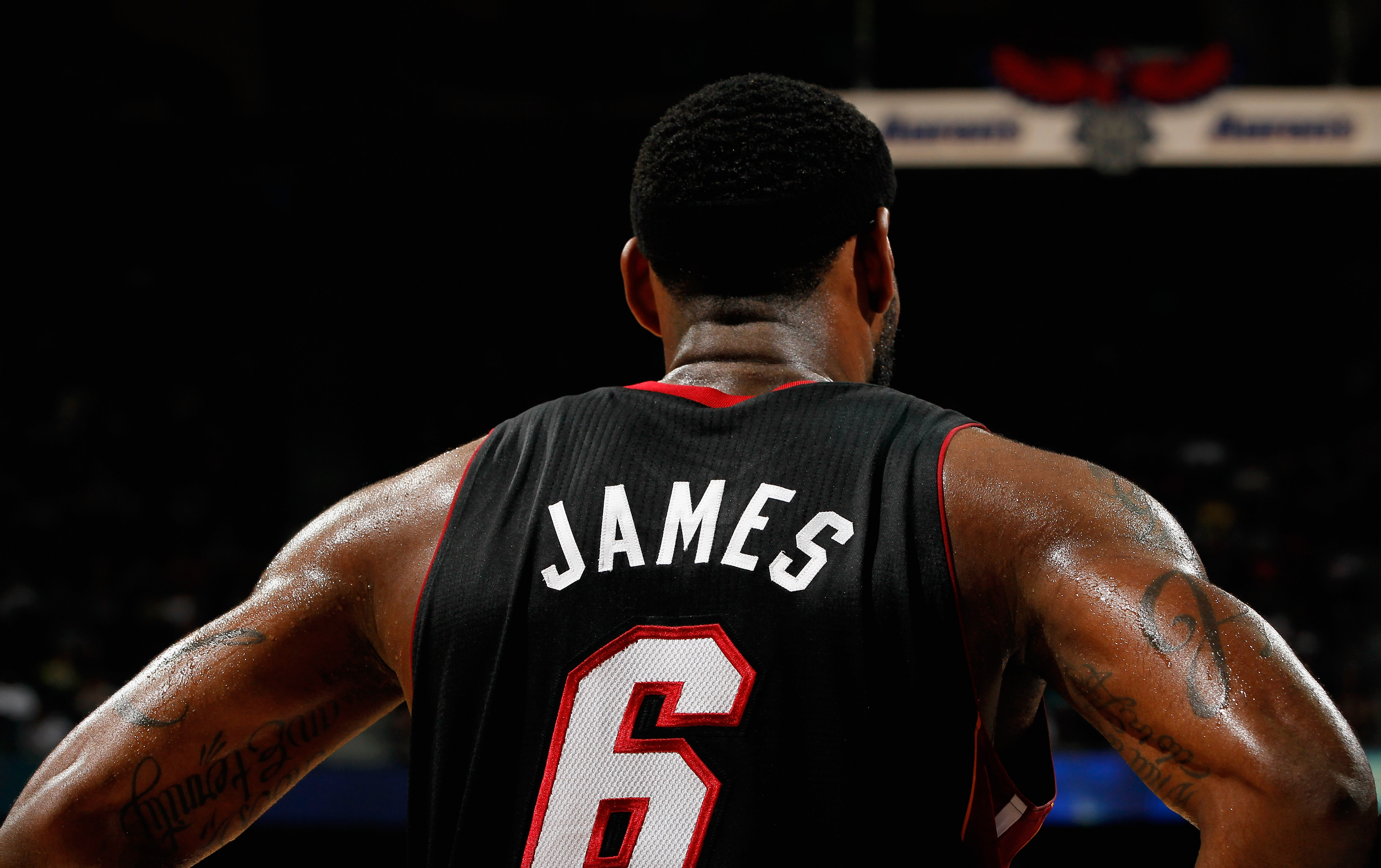 No list would be complete without the NBA's most infamous player being included.

The Heat will have no trouble dismantling the 76ers.

How good LeBron James plays, especially in the clutch, will be the most important part of this series though. One game-winning shot in this series could be the confidence boost he needs. 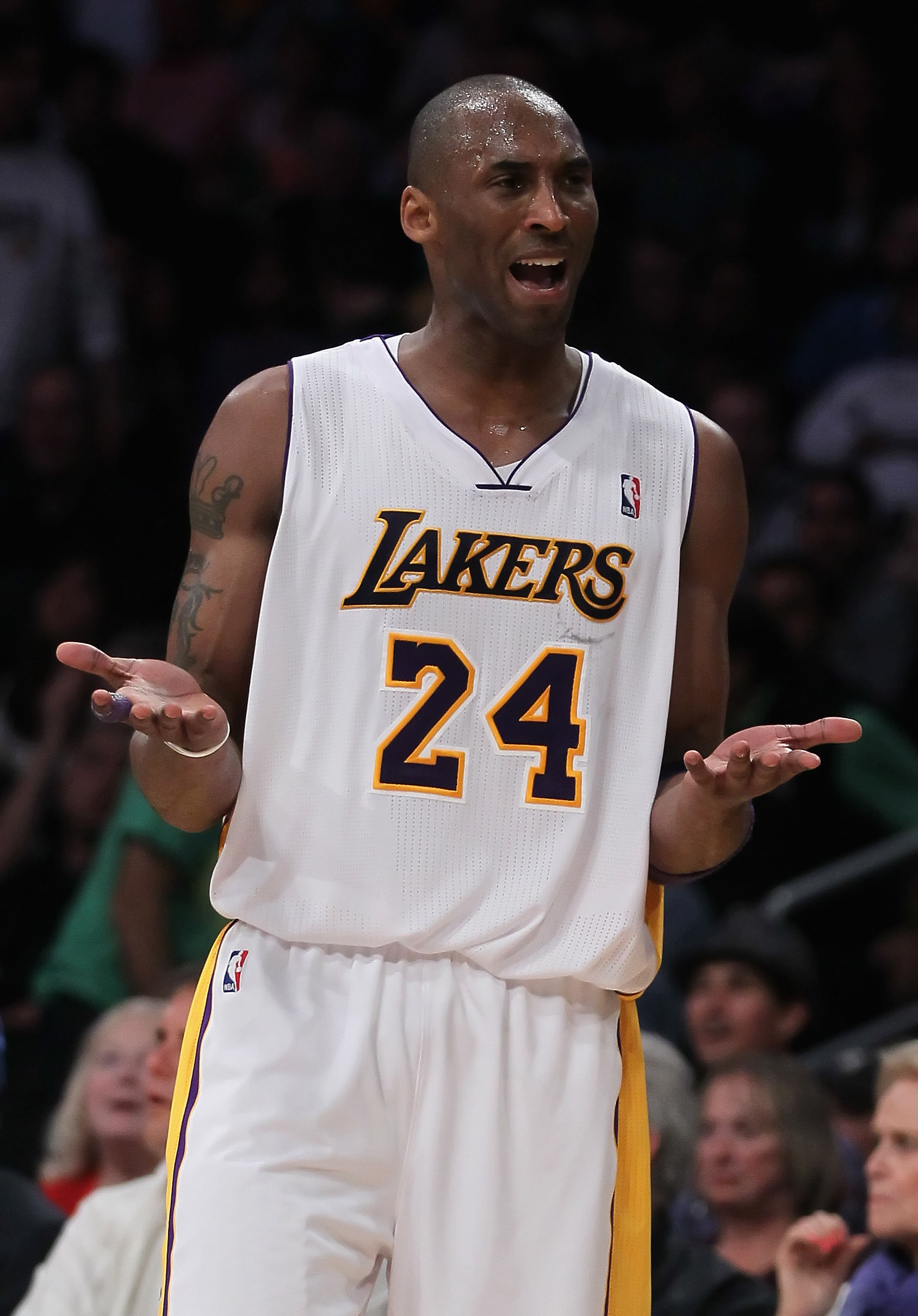 Just like LeBron James, Kobe has to make this list, if for no other reason than that he is Kobe.

The Lakers are great, but if Kobe falters, L.A. could have trouble in the first round. Kobe will most likely dominate the series though because he is Kobe after all. 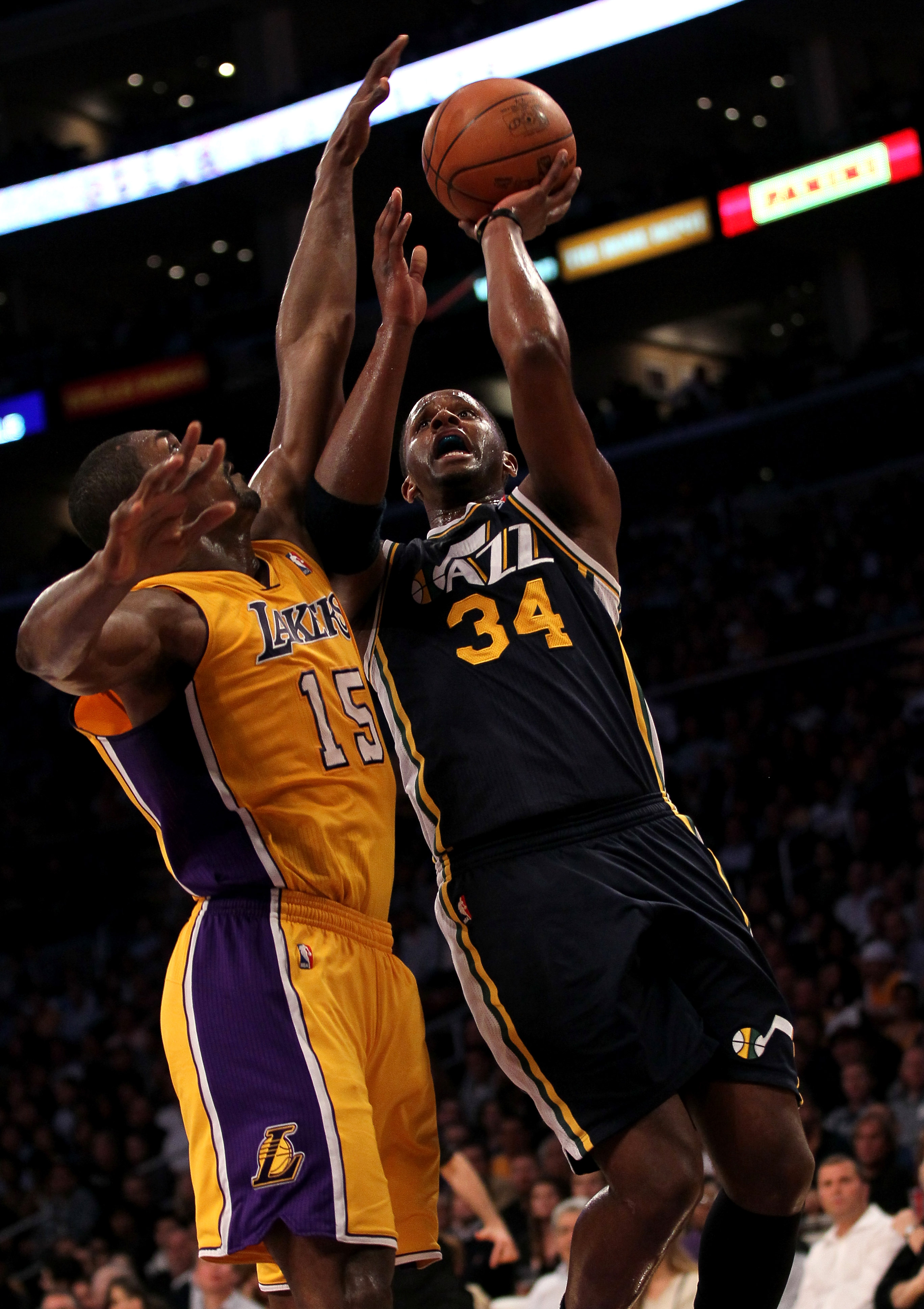 This isn't something to watch for, but it's something we haven't seen in a long time.

With Jerry Sloan retiring and Utah trading Deron Williams, the Jazz will miss the playoffs for the first time since the 2005-2006 season.