What the NBA should do about the proliferation of players being fouled on three-point shot attempts is up for debate. What is not is who has practically cornered the market on how to draw them: the Houston Rockets.

And for however long they are alive in these playoffs—and facing elimination in a Game 6 against the San Antonio Spurs on Thursday night, it may not be long—there will be consternation from certain corners of the league about how the Rockets have created an unfair advantage for themselves and are "gaming the system," as one rival general manager told Bleacher Report.

That was one of several subjects discussed in a meeting Wednesday on the eve of the NBA Draft Combine in Chicago. The league's vice president of basketball operations, Kiki Vandeweghe, invited the GMs of all 30 teams to air whatever grievances or issues they feel need to be addressed by the competition committee this summer. While Vandeweghe declined to provide details on exactly what was discussed, he made two promises: the subject of maneuvering for calls on three-pointers is on the agenda when the competition committee meets in July, and until then, no drastic changes are planned.

"We're going to continue to call things and look at things in the playoffs the same way we did in the regular season," he said. "This is certainly a priority but…these are complicated plays. They're best looked at in the offseason. We'll look at a lot of different clips and decide what should be done then."

That's not soon enough for one team. "The league has refused to take action," one of its executives said. "People have been making a point of this since January. The league is getting played."

Rest assured that whenever the competition committee reviews those clips, some will feature Rockets guards James Harden and Lou Williams, who have been the most adept at drawing fouls on three-point attempts during the regular season for three years' running now. This past season, they didn't just lead the league; they practically lapped it. Harden drew fouls on 124 three-point shot attempts, according to SB Nation's Kristian Winfield, while Williams did the same on 55. Toronto Raptors All-Star point guard Kyle Lowry and Portland Trail Blazers floor general Damian Lillard were a distant third and fourth with 32 and 30, respectively.

Harden and Williams, of course, weren't always teammates. The Rockets acquired Williams at the trade deadline from the Lakers for slashing wingman Corey Brewer and Houston's 2017 first-round pick.

Rockets GM Daryl Morey, renowned for his use of analytics, denies that Williams' talent for getting fouled on three-point shots made him particularly attractive.

"His ability to shoot from the perimeter and make it hard on defenders was a big factor in us acquiring him, but I don't think it was based on his ranking in [drawing three-point shooting fouls], no," Morey said.

Several executives and coaches alike compared the current art of getting to the free-throw line on three-point shots to the "rip-through" move popularized by Kevin Durant when he was with the Oklahoma City Thunder and former Spurs forward Tim Duncan. (Harden and Los Angeles Clippers point guard Chris Paul also became adept at it.) Anytime a defender put his arm out or Durant/Duncan could get in close quarters, they'd rip the ball up into the defender's arm, drawing contact as though they were attempting to raise the ball to shoot. The popularity of the ruse faded when the league instructed referees to call it a common foul if the arm motion wasn't in the direction of the hoop.

One Eastern Conference assistant coach noted that Boston Celtics guard Isaiah Thomas uses a version of the same trick on his drives to the basket, driving the ball into the chest of defenders. If there is contact as he raises the ball to shoot, there's a whistle blown and he's headed to the free-throw line. If the defender pulls back to avoid a foul, Thomas has clearance, despite being 5'9", to get his shot up and over that defender.

#Celtics Rewind pres. by @NissanUSA: @Isaiah_Thomas with the ridiculous off-balanced bucket and the foul! https://t.co/ri3NYPcxfX

The way in which Harden draws a number of his fouls is more complicated, because it involves pick-and-roll plays above the three-point arc. Three-point shots and pick-and-roll plays have both been league staples for a while, but the proliferation of such plays above the arc is relatively new. The league's best three-point shooters—Harden, Thomas, Steph Curry, Klay Thompson and JJ Redick, to name a few—have become so efficient hitting uncontested shots from long range that their defenders have been instructed to fight over the picks being set for them, even if they are 25 feet from the basket.

"Everybody is going over the screen now," said one Eastern Conference assistant coach, "because these guys have become so dangerous."

Harden, in particular, has become a master at abruptly stopping and shooting before he's cleared the screen, leaving the defender with two choices: be a step slower going around the screen and risk Harden getting an open look on the other side of it, or chasing hard and risk running into him if he stops and pops. One Western Conference executive tells B/R that he has actually seen Harden and Williams practicing drawing contact in pregame warmups.

There are other tactics at work as well. Some screening big men will subtly shift the angle of their screen, thereby practically forcing a defender to make contact with the screener's ball-handling teammate. The defender on the screening big man has also been known to bump or wedge the screener or the ball-handler into his fellow defender, sometimes drawing an illegal screen call or an offensive charge.

Morey appreciates that the league is taking a methodical approach to the subject.

"The league has been good about not creating any unintended consequences when it comes to changing a rule," he said. "When they made an adjustment on the sweep-through rule, I thought they did a very smart adjustment: If the guy isn't shooting toward the hoop, then it's still a foul, but it's not a shooting foul. This one's even tougher, though, because these are people shooting toward the hoop whose arms are getting hit."

Not everyone agrees. One team's analytics staff calls Harden's tactic "The Jabroni," as in an inauthentic attempt to actually shoot the ball. Referees, one league source said, are instructed not to judge intent but simply whether there is or isn't illegal contact.

"I actually don't think it needs a rule change because if you try to make it not a foul, I don't know how you don't create huge unintended consequences with people's arms being hit," Morey said. "You could hold your arm in front of a player and just not allow them to shoot. If you pull up to shoot and the guy hits your arm, I don't see any way that isn't a foul. You don't want to add more subjectivity in the hands of the refs; that's always going to be problematic."

As great as Harden, Williams and others are at hitting three-point shots, their efficiency is far better if they're trading that one shot from beyond the arc for three free throws. Harden produced an average of 1.4 points per every three-point shot taken, according to one team's analytics department; Curry averaged 1.7. But as free-throw shooters averaging between 80 and 90 percent efficiency, those three free throws translate to 2.4 to 2.7 points for every foul drawn on a three-point shot.

Whatever remedy the competition committee finds this summer for this particular wrinkle, it's only a matter of time before another one emerges.

"If there weren't these tricks," said the Eastern Conference assistant coach, "there would be other ones." 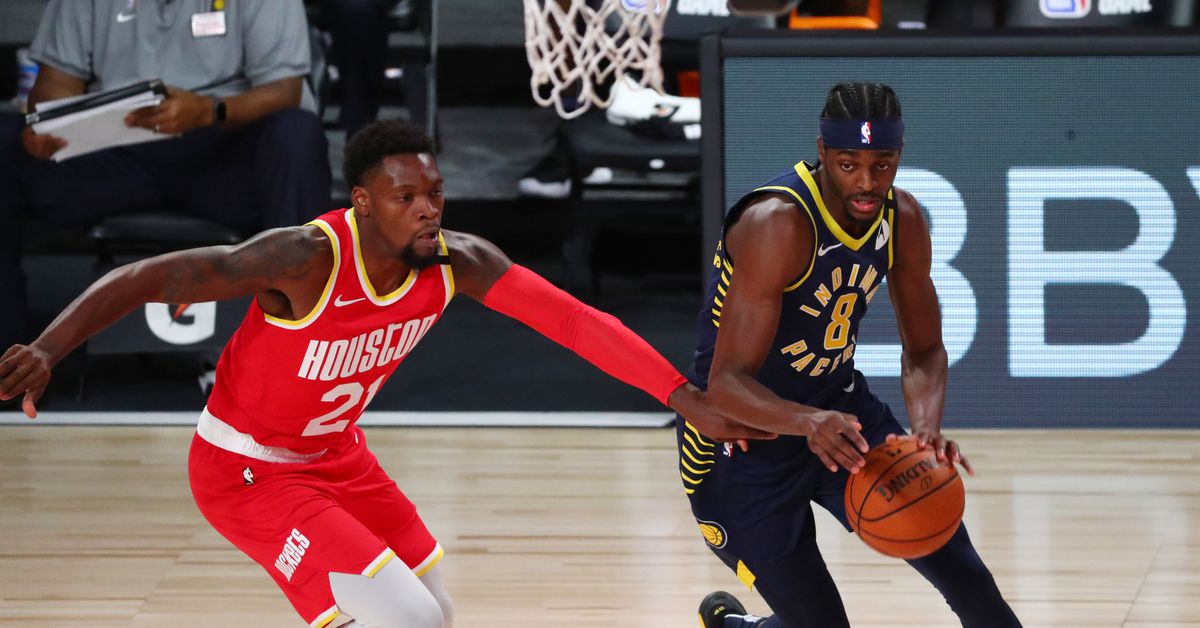