NBA Playoffs 2011: Why Dallas Has Upper Hand Against Miami for the Championship 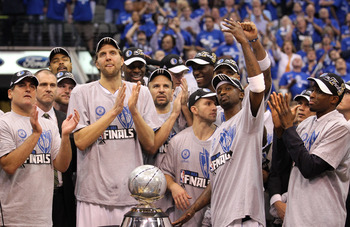 After a fast-paced five-game series in the conference finals, only two teams remain standing: the Dallas Mavericks and the Miami Heat.

The Miami Heat, who signed power forward Chris Bosh from the Raptors and All-Star small forward LeBron James from the Cleveland Cavaliers, have been heralded even more so than when the Boston Celtics landed future NBA Hall of Famers Ray Allen and Kevin Garnett almost three years ago. They have been the favorites to make it to this point, and they have not disappointed.

We turn to the Dallas Mavericks, a team of veterans who have for years been categorized as a "soft team," consistently choking in the playoffs and falling short. None of them have managed to make it to the NBA Finals before, but they have played well throughout the playoffs, managing to sweep the defending champion L.A. Lakers.

As we head into the championship series, many will expect the Heat to win rather handily. However, the Dallas Mavericks cannot be discounted quite so easily, as they actually go into the Finals with several key pieces that can put them on top of the Heat.

Who Can Match Up Against Dirk? 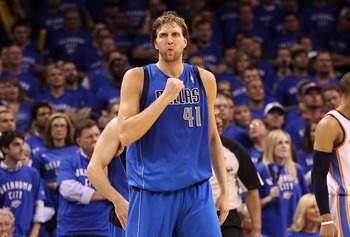 Dirk Nowitzki has unquestionably been the team's biggest playmaker and MVP throughout the playoffs, showing his toughness and scoring ability in breaking the 40-point barrier twice in the conference finals against the Oklahoma Thunder.

As a power forward, Dirk plays the position like a small forward—a rare combination. He is able to hit three-point shots and post up down low and score in the paint, not to mention that he's 7'0". Neither the Oklahoma City Thunder nor the L.A. Lakers really had an answer for containing Nowitzki.

The Heat, despite their athletic ability, don't necessarily have the type of defensive player that could match up against Nowitzki anywhere on the floor. In terms of athletic ability, someone like LeBron James or Dwyane Wade could guard him, but there would still be a mismatch in terms of size, and Bosh is not diverse enough defensively to guard Nowitzki all over the floor.

If the Heat can't contain Nowitzki, this series will have Dallas hoisting its first NBA championship trophy. 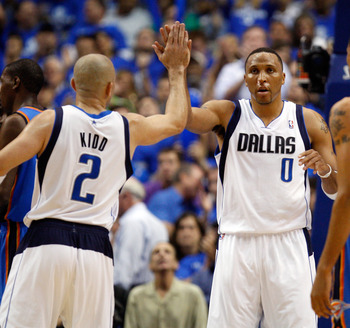 Next to Nowitzki's three-point shooting and fantastic scoring ability, perhaps the biggest factor in Dallas' Game 5 win over Oklahoma was the phenomenal defense played by both Shawn Marion and Jason Kidd.

After he was traded by the Suns in 2008 following a nine-year career as a dynamic playmaker, Marion played two seasons with the Heat and one with the Raptors before signing a five-year deal with the Dallas Mavericks.

Jason Kidd, in a long, illustrious 16-year career, has built an impressive resume for his dynamic ability on both sides of the court, having stints with the New Jersey Nets and the Phoenix Suns before coming back to the Dallas Mavericks in 2008 after leaving the team in 1996.

Although Kidd and Marion are now ages 37 and 33 respectively, neither has lost his defensive intensity, which has been an invaluable asset in closing out close games throughout the playoffs; especially Marion, who showed this throughout the Oklahoma series, limiting Kevin Durant's touches late in the game and thus keeping the Thunder's biggest playmaker under wraps.

Jason Kidd has also come through in the clutch, making steals at critical moments and showing good use of his hands while guiding the Dallas defense, which became especially dominant as it overcame a 15-point deficit with only 5:00 remaining in Game 4.

The Miami Heat are going to have to be creative in scoring late in the game, as Dallas has become the best in closing out games. 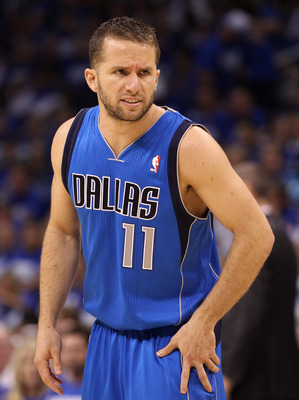 If there's one thing we've learned from the Dallas Mavericks in the playoffs, it's that big things can come in small packages. J.J. Barea has certainly shown plenty of power coming off the bench.

Standing at 6'0", Barea is certainly one of the shorter point guards the game has seen in quite a while. Barea is a change-of-pace point guard for the Mavericks, and isn't afraid to drive the ball and take it to the basket, nor will he hesitate to take the open shot, which he frequently nails down. Barea has been one of the bigger surprises in the playoffs for Dallas, contributing big plays with the minutes he is given in relief of Jason Kidd.

Another guy providing some spark off the bench is a more familiar name: Peja Stojakovic.

Stojakovic has made his living in professional basketball as one of the best three-point shooters of all time, currently ranking fourth on the NBA's all-time list for three-pointers made in the regular season. While he works best as a spot-up shooter, Stojakovic is still a dangerous threat off the bench to score—a lesson the Lakers learned the hard way in Game 4.

The Miami Heat must not underestimate the Mavericks' bench power, with Barea and Stojakovic leading the way.

Veterans and Their "Old-Man Tricks" 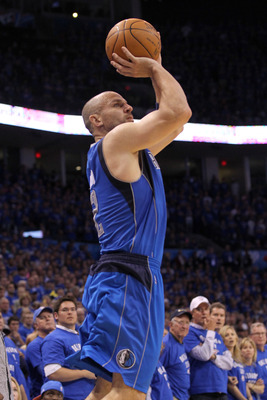 Every team needs playmakers. But every team also needs veteran leadership to pull it through with guidance, defense and smart decision-making in critical situations.

The Mavericks have that player in Jason Kidd.

Jason Kidd has been in the game for quite some time, and has experience beyond his years. The only thing he needs to add to his resume is an NBA championship. Kidd's veteran presence has been an immense necessity in the Mavericks' run to the Finals.

Jason's offensive ability is not what it once was, but he has transitioned his game even more to his defense, and has made critical plays late in the game that have worked in the Mavericks' favor, whether through a key steal or a smart pass to the team's playmaker, even after the playmaker—Dirk Nowitzki—had missed his first shot.

The Mavs' leadership will be tested when the NBA Finals begin May 31 in a hostile environment. And though the Miami Heat possess Bosh, Wade and James, they still appear to lack the veteran leadership of the Dallas Mavericks. 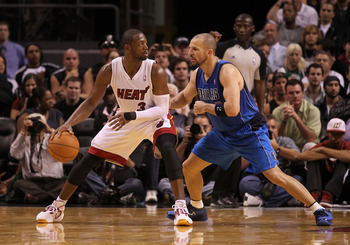 This series will be a fast-paced, scoring slugfest between two teams of different playing styles. While the Heat could certainly be called the more athletic team, the Mavs veterans will play smartly and the Dallas role players will have a big part in how the series turns out.

Dwyane Wade has weathered the Finals storm before, albeit alongside Shaquille O'Neal. Will Wade have what it takes to lead what everyone calls "his" team? Will James and Bosh show better veteran leadership, and how will James cope with being back in the Finals with a better team supporting him?

How will the Mavs vets approach what is, inarguably, one of the most explosive and athletic teams in the NBA? We shall soon see. In any case, on paper it appears that the Mavericks hold the upper hand in their coming series against the Heat.