As far as title defenses go, you'd be hard-pressed to find a stranger one than the Toronto Raptors are experiencing this season.

It started in the summer, when Kawhi Leonard became the first-ever Finals MVP to immediately leave his team for another. It continued through the fall and into the winter, with the Raptors racking up wins despite injuries ravaging their roster. They won seven in a row around Thanksgiving, five in a row around Christmas and then 15 straight a few weeks after that.

Spring looked like it'd bring more of the same. On March 9, the Raptors knocked off the Utah Jazz. The victory was their fourth straight and bumped their record up to 46-18, second to only the Milwaukee Bucks in the Eastern Conference standings.

"We were starting to gear up for the playoffs," starting guard Fred VanVleet says.

Two days later, the NBA suspended its season due to the COVID-19 pandemic. In doing so, it put the Raptors on the path to attain a record they'd surely prefer not to have: By the time the 2019-20 playoffs are scheduled to begin on Aug. 17, 431 days will have passed since the night they were crowned the 2018-19 champions. Another 44 days will pass before the NBA Finals begin on Sept. 30. No NBA champion has ever been forced to defend a single title for so long. 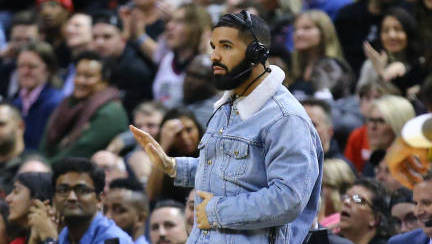 That the Raptors have a legitimate shot to repeat as champions is one of the league's best, and unlikeliest, stories. Most teams take a step back after losing their best player. The Raptors have gone the other way, leveraging a combination of depth, smarts, spunk and ingenuity to win 71.9 percent of their games, an uptick from last season's 70.7 mark.

They aren't better without Leonard—and the hole created by his absence will likely be more noticeable come playoff time—but they just might be more fun. And in a foreign format where chaos could reign, it isn't hard to envision an outcome where the Raptors finish on top and become the most improbable repeat champs in NBA history.

"I wouldn't put anything past them," one Eastern Conference scout says.

How have they withstood the loss of Leonard? It starts with their incredible depth. At the top of the roster are All-Star point guard Kyle Lowry, whose brilliance at the point remains underrated, and All-Star big man Pascal Siakam, who's in line to receive Most Improved Player votes after winning the award last season—a rare feat. Beyond that, there's also VanVleet, a knockdown shooter and elite defender. And there's Marc Gasol, a genius passer and one of the stretchier big men in the NBA. OG Anunoby has become one of the league's premier wing defenders. Norman Powell (16.4 points per game, 39.8 percent from deep) is one of the league's best player-development stories. And the bench, with Serge Ibaka putting up his best season in years and revelations like sharpshooting wing Terence Davis and bouncy big man Chris Boucher, is loaded.

"You gotta give Masai [Ujiri] and his front office staff so much credit," one NBA executive says, referring to the Raptors' president of basketball operations. "No one saw this coming."

Nurse has earned a big part of the credit, too, using a defensive playbook that seems to pull equally from Gregg Popovich and the dad strutting the sideline at your local Y. They cycle between styles and schemes in a manner the NBA has rarely ever seen. Sometimes they trap pick-and-rolls. Sometimes they drop back off of them. Sometimes they play zone (only the Miami Heat use a zone defense more frequently, according to Synergy Sports). Sometimes they blanket opposing stars via a box-and-one or triangle-and-two. It all works. The Raptors boast the league's second-best defensive rating.

"They play, like, 20 f--king different defenses," one NBA assistant coach says. "It makes it so much harder to plan for."

At the root of it all lies the Raptors' length, aggression and cohesiveness. They flood ball-handlers, deny entry passes and fill the floor with waves of swiping hands and flying arms, and they do it all while helping and recovering as if on a string. Only one team has forced a higher rate of turnovers this season. Another telling and fun stat, one which illustrates how long they are and how befuddling their style is to opponents: The Raptors have blocked more three-pointers than any team in the league.

All of that havoc helps the Raptors cover up their biggest deficiency. Their transition offense is statistically the NBA's best, but they rank 14th in half-court offense, according to Cleaning The Glass. The sluggish half-court attack is cause for concern, especially in the playoffs, when the games slow down and opposing defenses lock in. "A lot of their success came from their ability to get out in transition," an Eastern Conference scout says.

The Raptors can lean on Siakam in crunch time, and he says he’s ready to carry the load. "I've been getting attention pretty much all season long," he says. "The playoffs [are] more specific in terms of preparation, and teams are going to be ready for different things, so I'm definitely working on those things and making sure that I'm ready to adapt in any situation."

But Nurse is also adamant that the Raptors' reliance on depth and diversity can be leveraged into an advantage, even late in games. They have enough weapons to make opponents sweat—and, because of the layoff, they'll enter the postseason with more healthy bodies than they've had all year. "It's going to be a little weird at the beginning to have everybody at the same time," Ibaka says.

The question is whether such an egalitarian approach can succeed in the playoffs,

"I think it makes us dangerous," Nurse says. "You can get to Kyle-Pascal two-man action, Fred-Pascal. Kyle-Marc, Fred-Marc, Pascal-Marc, Fred-Serge, there are so many different little things, and I kind of like to approach it that way."

It's the Raptors way, and it's what makes this team worth celebrating. Everything about them—from their playing style to their roster depth—is distinct. With Ibaka, Gasol and VanVleet all slated to become free agents in October, this could be the group's last stand. What better way to cap off a run that's defied so many expectations than with another Finals appearance?

Yaron Weitzman covers the NBA for Bleacher Report and is the author of Tanking to the Top: The Philadelphia 76ers and the Most Audacious Process in the History of Professional Sports. Follow Yaron on Twitter: @YaronWeitzman.

Three-time Sixth Man of the Year winner Jamal Crawford, joins The Full 48 with Howard Beck to discuss his recent signing with the Nets, life inside the NBA bubble, the recent rise in NBA activism and the advice he offers younger players.