The coronavirus pandemic has had disastrous consequences for most everyone on the planet, inside and outside the NBA, but if league sources are correct, the league's disrupted season may inadvertently have yielded at least two beneficiaries: Sacramento Kings general manager Vlade Divac and head coach Luke Walton.

The revenue lost, uncertainty about how far-ranging the economic impact on the league could be and related losses from team owner Vivek Ranadive's other investments, those sources say, have prompted Ranadive to rethink another regime change because of the inherent cost involved.

"Vivek took a big hit financially, so he's going to have Vlade work off his contract," a general manager familiar with the Kings' internal operation says. Divac, hired by Ranadive in 2015, reportedly signed an extension at the end of the 2018-19 season that runs through the 2022-23 season. Although the sources had no information on Walton's status, it's reasonable to assume the same financial considerations would lead to retaining him, at least for now, what with his contract also running through the 2022-23 season.

Granted, that would promise a degree of stability that does not fit Ranadive's track record. But the Kings, like many other teams, are waiting to find out exactly what the financial fallout from playing in the bubble this summer and potentially in empty arenas next season will be before making any high-priced administrative changes.

Continuity is usually a favorable formula for NBA teams and often a necessary one for franchises in small markets that almost never land big names such as LeBron James or Kevin Durant via free agency. This is a more realistic path to building a consistent winner in places like Sacramento: draft the necessary cornerstone talent; surround it with complementary but affordable veterans; hire a coach who can develop the talent and deftly deploy the vets; exercise the patience to allow it all to jell.

That has not been Ranadive's approach. Walton is his sixth coach in seven seasons. Divac is his third GM after jettisoning incumbent Geoff Petrie when he bought the franchise and sticking with Pete D'Alessandro for less than two seasons before handing the reins to Divac.

Beneath the surface, though, league sources say the front office is even more unstable than that might suggest. Scott Perry was hired as vice president of basketball operations in April 2017, stuck around long enough to draft point guard De'Aaron Fox and then bolted when the New York Knicks offered him their GM job in July of that year. Ranadive has also consulted with a carousel of former GMs over that time—some in an official capacity (Chris Mullin), and some not (Joe Dumars and Sam Hinkie), the sources say.

The result has been a franchise whose decisions have been more capricious than Russell Westbrook's wardrobe choices. Every summer they seem to sign an array of free agents who are then dealt by the February trade deadline. George Hill, Trevor Ariza and Dewayne Dedmon all went through that cycle in the last two years.

Under Vivek Ranadive, the Kings have seen a steady churn of people leading their front office and the team on the floor.Rich Pedroncelli/Associated Press

"Every summer move has been ill-fated," the Eastern Conference executive says. "Then they have to make some sort of move in the winter to fix it. It's very reactionary."

Sticking with Divac and Walton now is also reactionary—to the economic times. Ranadive was reportedly leaning the other way only a few months ago.

When Walton was hired and Divac's contract was extended, the Kings were coming off a 39-43 season under coach Dave Joerger, nine games out of the eighth and final Western Conference playoff spot but six wins better than any other season since Ranadive bought the team in 2013. The expectation was that they would take another step up and be a legitimate threat to make the playoffs this season, especially with the injury-ravaged Golden State Warriors and Portland Trail Blazers dropping out of the postseason picture.

For Ranadive, a former minority owner of the Warriors, nothing would have been sweeter than being in the playoffs while his southern neighbors were at home watching. Ranadive sold his shares in Golden State right before the Warriors' string of five straight Finals appearances—three ending in titles—to patch together an ownership group to buy the Kings and keep them from moving to Seattle. He has made no secret of his desire to match the Warriors' success and has tried to do it by importing various pieces from them, but the results haven't been anything like those of his NBA neighbor 70 miles to the southwest.

Mike Malone, a former Warriors assistant, was hired in 2013 only to be fired early into his second season after he began chafing over rotation and coaching suggestions made by ownership and front-office executives. Warriors legend and former GM Chris Mullin was hired as a special adviser but left the organization two years later. When the Kings selected shooting guard Nik Stauskas with the eighth pick in the 2014 draft, Ranadive called him a combination of the Warriors' All-Star backcourt, Steph Curry and Klay Thompson. "He shoots like Steph and he's big like Klay," the Kings owner declared. When Stauskas turned out to be a little less than that, Ranadive supposedly thought he'd found his Steph in shooting guard Buddy Hield, although Hield has been a little less than that as well.

Hiring Walton, who had been an assistant in Golden State for two seasons, in 2019 brought with it another stab at grabbing some of that Warriors mystique, but the decision to fire Joerger after the 39-win season in 2018-19 was not met with enthusiasm from the Kings fanbase. The dissatisfaction heightened after a sexual assault claim by a former L.A. sports broadcaster named Kelli Tennant surfaced days after Walton was hired. The suit was dropped six weeks into the season, but an 0-5 start prompted alarmingly early calls from fans for Walton to be fired. As of Jan. 22, they were the second-worst team in the conference, ahead of only the injury-depleted Warriors.

Making it all worse, one of the teams leap-frogging them for one of those vacant playoff spots was the Dallas Mavericks, the spring provided primarily by a player Divac passed on, point forward Luka Doncic, to select instead forward/center Marvin Bagley with the No. 2 overall pick in 2018. Doncic, of course, followed up his Rookie of the Year award by making his first All-Star Game this season, while Bagley has yet to become a full-fledged starter for the Kings and missed most of this season with hand and foot injuries.

Doncic excelled in Europe for the Slovenian national team and Spanish club team Real Madrid before the Atlanta Hawks took him with the third pick and flipped him to the Mavs for the fifth pick (Trae Young) and another future first-round pick. While Divac, a onetime Serbian basketball star, could argue that the Kings already had their point guard and playmaker, Fox, and were in greater need of a big man, critics counter that, at the very least, he could have taken Doncic and dealt him to the Mavs for multiple assets.

"That's hanging high on Vlade's head, especially with him being from Eastern Europe," the Eastern Conference executive says.

Tough decisions also loom for the current roster. Hield, who signed a four-year, $94 million extension that starts next season, was the starter out of training camp alongside Fox, but the team's late surge for a 28-36 record—good enough to be invited to the Orlando bubble—came after Bogdan Bogdanovic replaced him. Paying Hield $24 million-plus to come off the bench is not good, but losing Bogdanovic, 27, a restricted free agent and fan favorite, would be worse.

The Kings offered him the most they could last fall—a four-year, $51.4 million deal in October—but he has yet to sign it, presumably waiting for this offseason when he would be eligible for a bigger outside offer the Kings would have to match. They are also staring at a massive extension for Fox this summer. Power forward Harry Giles, 22, is another young free agent they'd love to keep, but it will assuredly cost more than his current $2.6 million salary. Not counting Bogdanovic, Giles or Fox's increases, the Kings already have more than $98 million in committed salaries for next season.

Another underlying problem is an apparent difference of opinion between Divac and Ranadive on who the team's best shooting guard is. Ranadive's admiration for Hield has not diminished, league sources say, and Bogdanovic is one of Divac's shrewdest acquisitions. Oh, and he's Serbian. Caught in the middle is Walton, who made the decision to bring Hield off the bench and start Bogdanovic.

"There hasn't been great synergy there," the Eastern Conference executive says.

But it appears as if Vivek, Vlade and Luke are going to get a shot at finding it. Will their extended union—forced or otherwise—end the team's 13-season playoff drought? It looks as if Kings' fans are going to find out.

Tune into The NBA on TNT and be sure to go online and check out The Arena, where you can find select features, like the one below, on the B/R app. 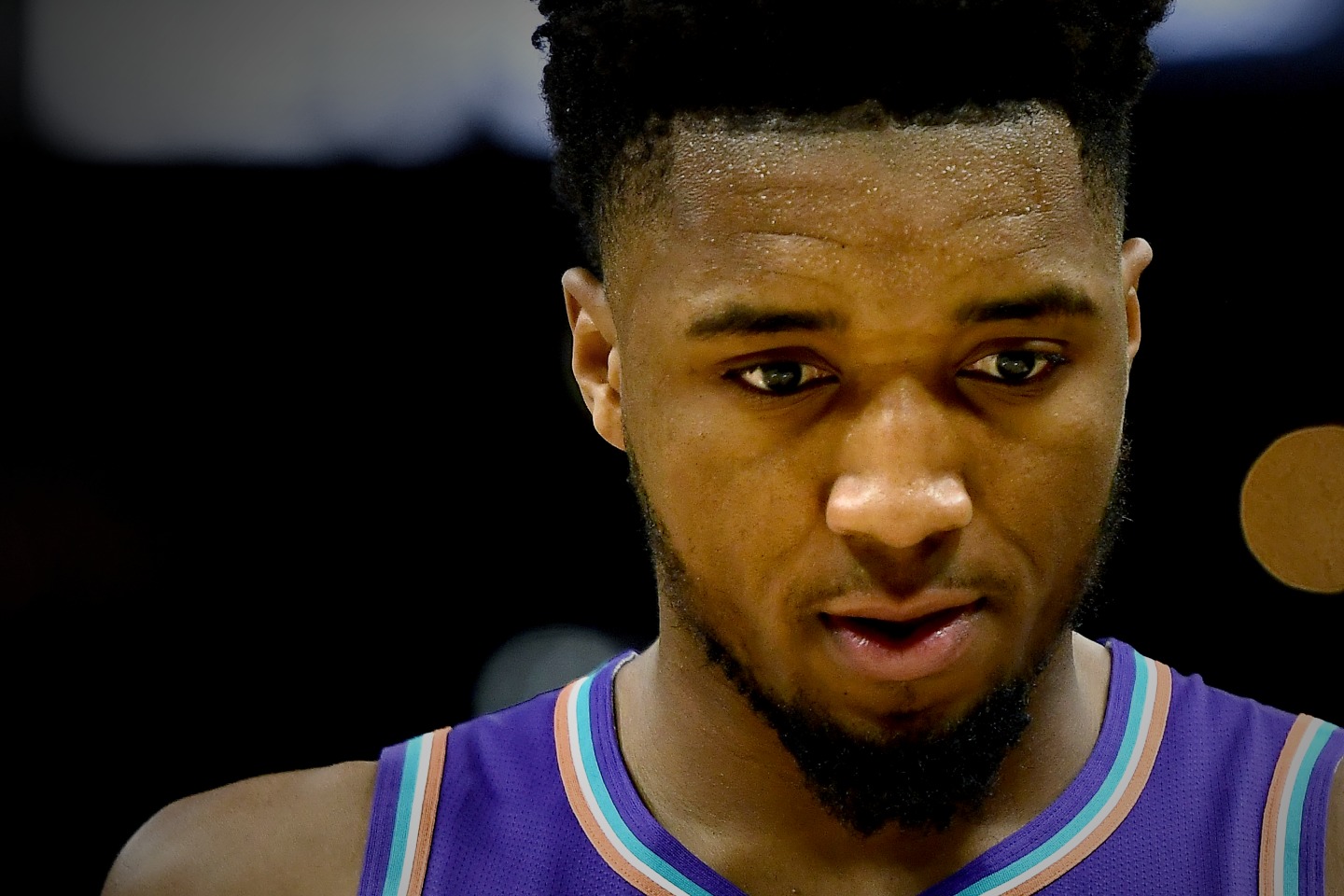 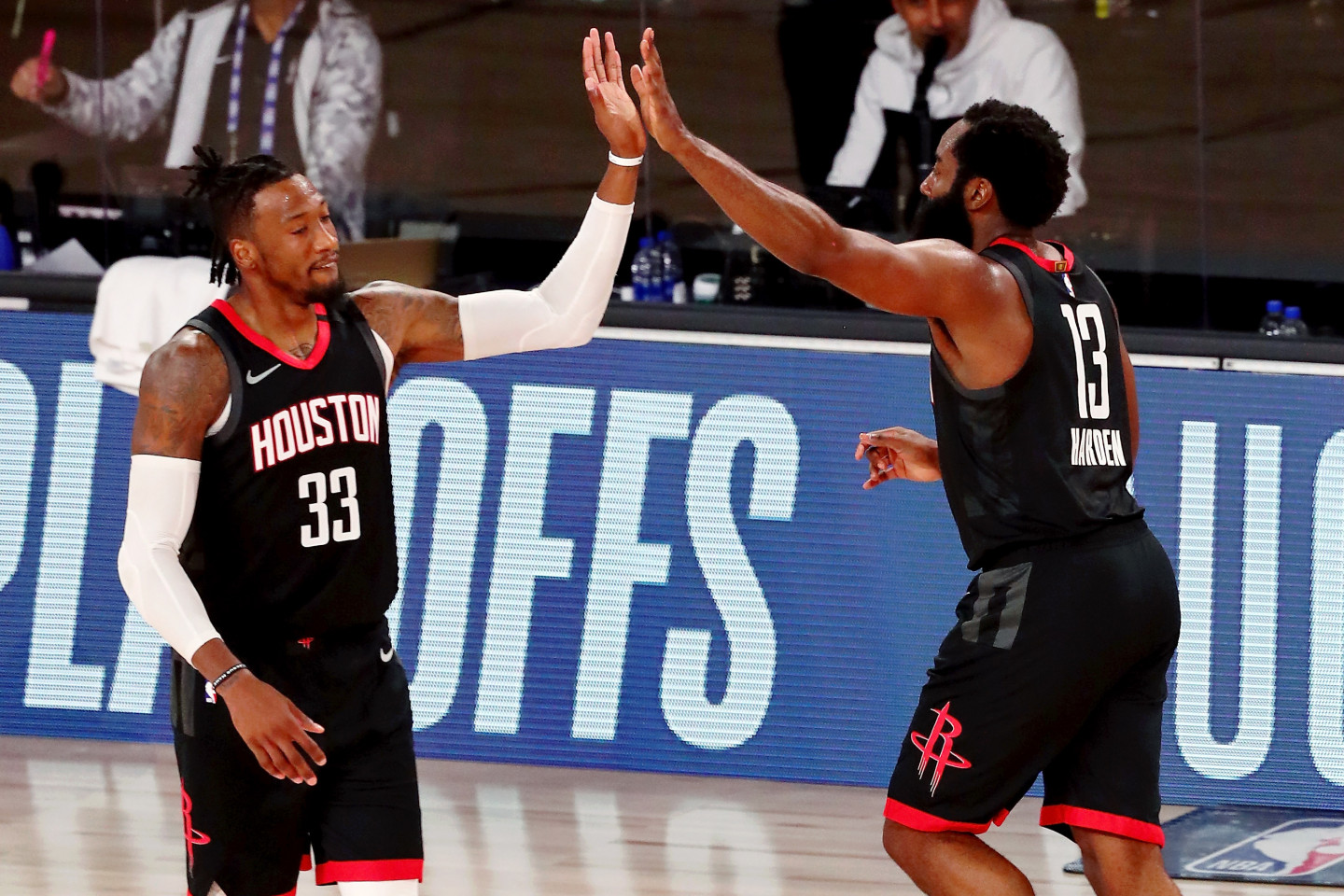