While a controversy has placed the Houston Rockets in the headlines, the Los Angeles Lakers are preparing to face the Brooklyn Nets for two games in China.

Prior to these exhibition contests, Rockets general manager Daryl Morey posted a message in support of Hong Kong independence. Whether that has a visible effect on the Lakers' trip won't be known for a few days, but the topic is something to monitor.

Otherwise, the new-look Los Angeles roster is full of good news. The Lakers began the preseason with a 123-101 victory over Stephen Curry and the Golden State Warriors.

Anthony Davis and LeBron James dominated in their 18-minute stints.

During the first quarter, the duo logged eight-plus minutes together and helped Los Angeles build a 26-12 advantage. They also played the final four minutes of the opening half, earning a 15-10 edge for a combined score of 41-22 in their shared on-court time.

Understandably, the Lakers were excited after the 123-101 win. The social media team might've been a little too eager, though.

Consider this a warning, @NBA. https://t.co/AKA2rWPN1p 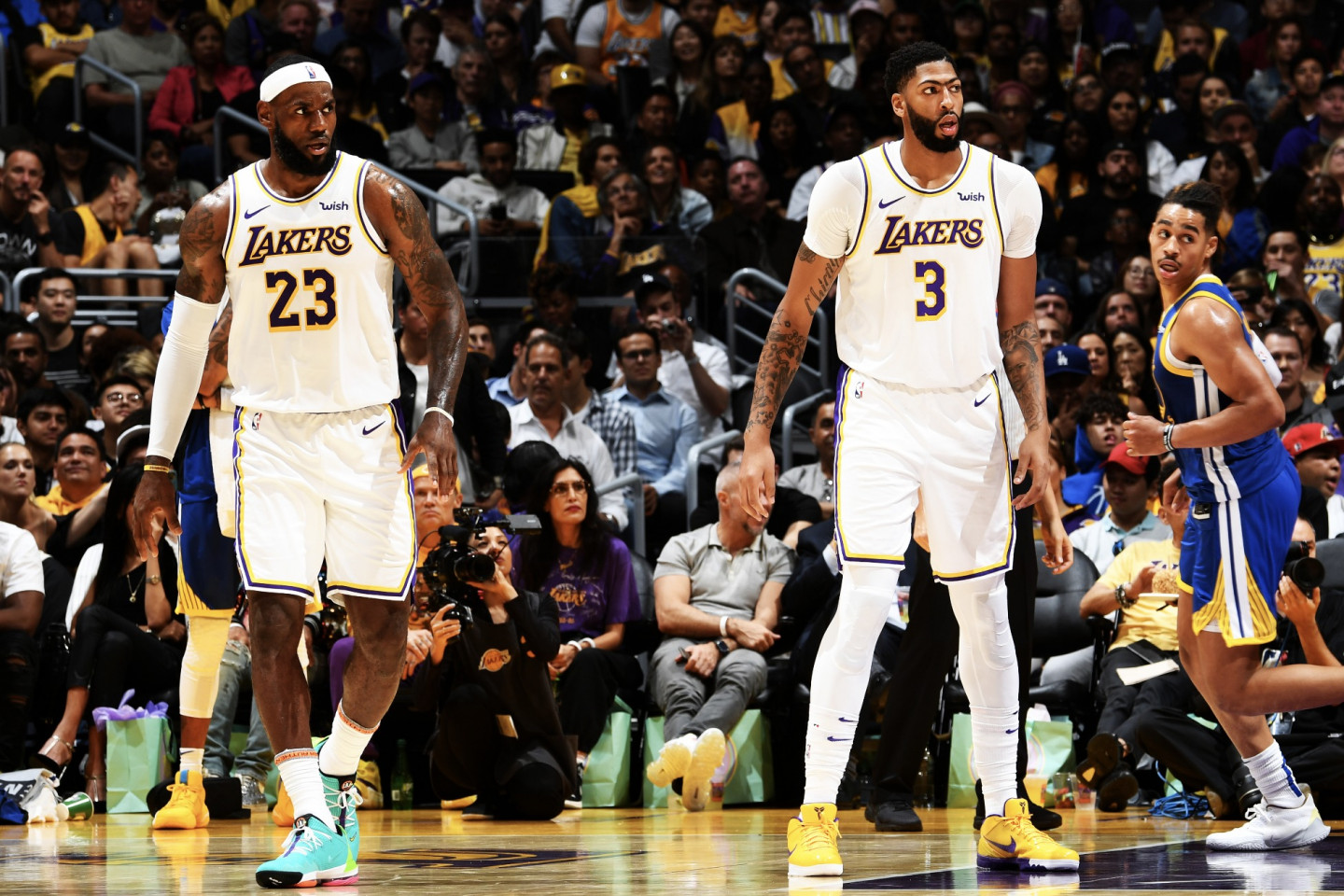 That all-too-serious message about a meaningless result aside, the Lakers truly should be excited about the performance.

Davis provided 22 points on 9-of-16 shooting and 10 rebounds, while James recorded 15 points and eight assists.

"I'm excited about what we can be, we got a little bit of a taste of it tonight," Lakers coach Frank Vogel said, per Arash Markazi of the Los Angeles Times. "[Davis] is a monster. It's going be very difficult to slow him down with what we have around him. I'm excited about what he's going to do and Lakers fans should be too."

After the game, both LeBron and Davis mentioned the constant communication that has helped them adapt quickly.

"Even when we're on the floor we're talking," Davis said. "If he's on the floor or I'm on the bench, we're talking and trying to help each other out. The more we can do that, the easier the game will be for us and our teammates."

Once the regular season starts, the Lakers are going to undergo some trying moments. That has happened with every new "superteam" in the modern NBA.

The earliest return was still promising.

For now, Los Angeles is getting ready to meet the Nets for exhibitions in Shanghai and Shenzhen. Brooklyn guard Kyrie Irving is recovering from a facial fracture but is expected to play.

The Lakers started JaVale McGee, Avery Bradley and Danny Green alongside Davis and LeBron in the opener, but that might not happen again. According to Bill Oram of The Athletic, Vogel mentioned he plans to shuffle the lineup during the preseason.

McGee turned in a 13-point, 10-rebound performance against the Warriors, but Dwight Howard could get a starting look. He provided nine points and nine boards in his unofficial Lakers debut.

Kentavious Caldwell-Pope, Troy Daniels and Rajon Rondo are also options, along with Quinn Cook and Alex Caruso. How to fill out the backcourt is Vogel's most interesting lineup question.

Los Angeles has five preseason games remaining―two against Brooklyn and three more opposite Golden State―so we're certain to see a few changes in the rotation. Identifying the five players who mesh best is critical for the Lakers entering 2019-20.

Of course, with Davis and LeBron on the floor, Vogel should have a pretty large margin for error.