A tradition that has been carried out for half a century... the victory cigar.

The good news: you don't have to buy a $150 gold-plated Davidoff lighter or a $90 cigar cutter.  You don't even have to get a 12-month subscription to Cigar Aficionado.

The bad news: you have to win a football game on the third Saturday of October.

It was the late 1950's and Paul "Bear" Bryant had taken the position at Alabama.  The Tide took a six-year drought in favor of Tennessee into the early '60s and Coach Bryant was about to add some tradition to the 60-year rivalry.

In a locker room full of men in crimson, Pat Trammell, along with his teammates, were handed a cigar from their coach.

Alabama had just beaten the Tennessee Volunteers 34-3 and inside a Legion Field locker room, a tradition was born that, make no mistake, will be continued this Saturday.

Along with a stiff tobacco policy, the NCAA prohibits "extra benefits" to be rewarded to college athletes and though it's not a new car, giving your players a stogie to celebrate a win falls into that category.

This was the case in 2005 when Alabama not only toasted up their cigars to celebrate their 6-3 win but turned themselves in to the NCAA for the violation right after the game.

The tradition has since become nonexistent, at least in front of a camera, but just as Col. Jessup would never think of ordering a "Code Red," behind closed doors is a different story.

The Volunteers are going through a year of mixed emotions.  The questions that have been swirling around Knoxville asking when their team will be talked about on a national stage again haven't been given many answers in 2008.

The coaching staff is on the hottest seat in the nation.  That's where the mixed emotions come in.

Phillip Fulmer has made the Volunteers National Champions over his 17 years as head coach, but he seems to have lost his edge in this era of the ultra competitive South Eastern Conference.

There is a loyalty to Coach Fulmer, and a lot of fans are torn emotionally, but in the end most are abiding by the always faithful rule of thumb: your rivals shouldn't hope that your coach stays at your school.

And then there is Nick Saban's Crimson Tide.  A team that was supposed to be "two years away from being a national danger".

The Tide are mean, disciplined, and most notably 7-0, which is something that national championship winning coach, Nick Saban, has never accomplished in his career.

But this is the third Saturday of October, a rivalry of over 100 years that doesn't care who is favored and will define the seniors on both sides of the ball.

Both teams need to win. The Volunteers need a defining victory to save the season.  The Crimson Tide are trying to continue an undefeated run that many said would never happen again in the SEC.

And with all of those things, both teams will be sitting in the locker rooms of Neyland Stadium before the game hoping that at the end of the day they will be on top when the play clock hits zero.

And with their teammates they will get to commit an NCAA violation that they'll never forget, and they'll do it one puff at a time.

Where Are They Now: Johnny Davis

Where Are They Now: Johnny Davis 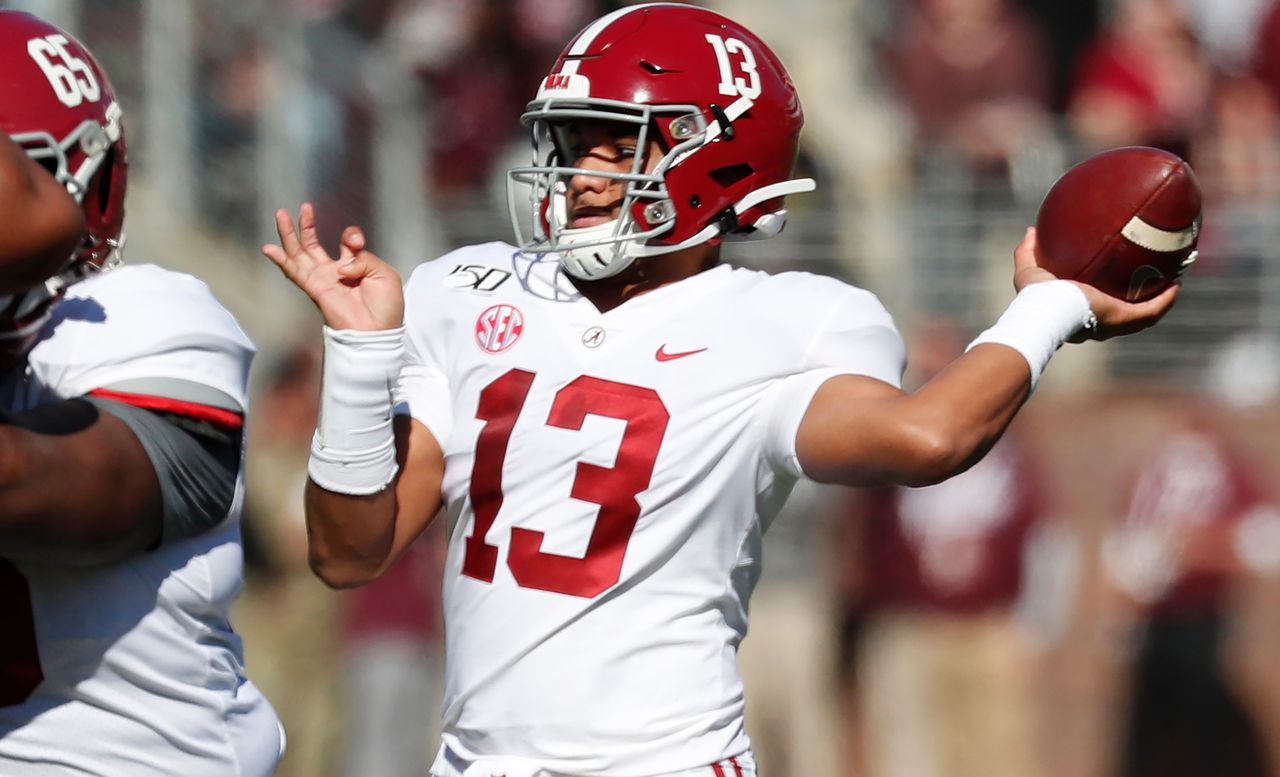