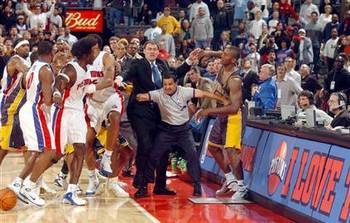 The NBA Playoffs are upon us, and tensions are certain to be running high over the next few weeks.  We'll probably see a scrape or two, and maybe even a fight.

But I doubt we'll see anything like the ruckus on this slideshow.

During the last few decades, we've seen some pretty wild shoving matches, fights and even all-out brawls go down on NBA floors. 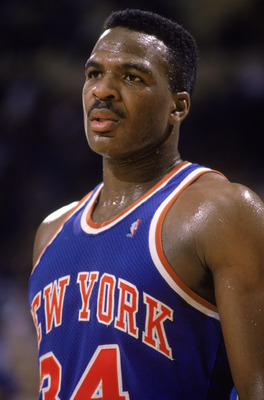 You wouldn't think a mean-lookin' player with the reputation of a tough guy like Charles Oakley would be involved in such a weak excuse for a fight.

The start of this confrontation is probably embarrassing for both Oakley and Xavier McDaniel. 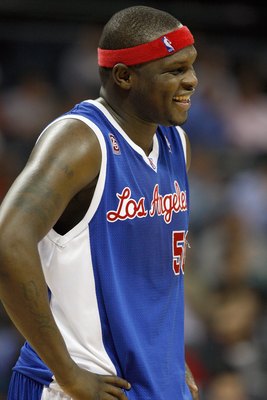 The best part of this fight is the way Amundson took this punch like a champ.  Randolph hit him with a cheap left hook across the jaw, and Amundson didn't even come close to going down.

What makes Randolph look even worse is what he said afterward..."I just pushed him out of my face. If I would have hit him, he wouldn't have got up off the ground."

I don't know why you would try to lie about it when it's on film. 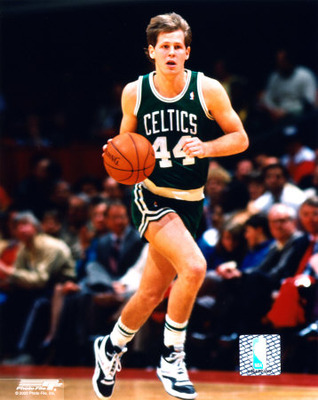 After Atlanta center Tree Rollins hit him with an elbow, Danny Ainge took him down.

While they were on the ground, Rollins resorted to the timeless tactic of biting Ainge's finger.  Rollins earned a five-game suspension and the dignity that comes from knowing he fought clean. 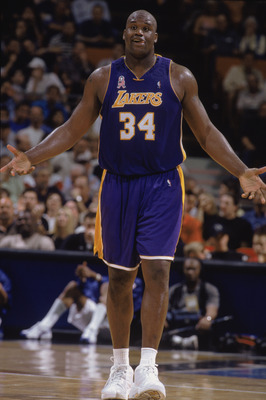 Shaq has been involved in a bunch of fights in his career, but I don't think he's ever come out looking like much of a fighter.

In this one, he throws a wild haymaker at the wrong guy, and misses badly.  Plus, it looked like Brad Miller was ready to go toe-to-toe with the Diesel, and I think I'd pick the young Miller in a boxing match.

Swing and a Miss 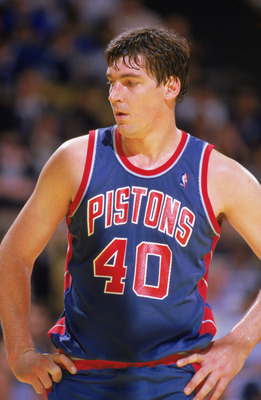 Bill Laimbeer was about as dirty as any player in league history, and it got him into plenty of fights.

In this one, he simply pushed Larry Bird (who's no angel himself) too far, and got a ball chucked at him for his troubles.

The Start of the Fight 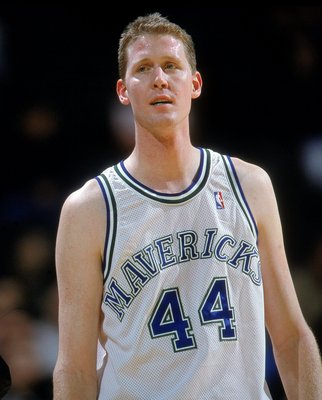 Why did everyone like to pick on Shawn Bradley so much?

Sure, he threw a few elbows in his day, but what could he have possibly done to deserve this body slam from the 6'7", 210-pound Mark Davis? 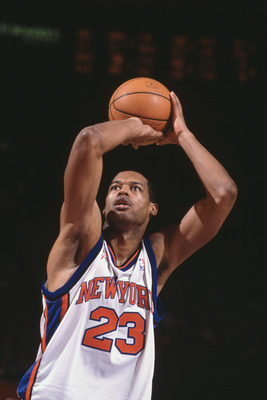 Marcus Camby was clearly unhappy about the elbow he took from Danny Ferry.

Unfortunately, the vicious overhand right he threw didn't hit Ferry.  His coach, Jeff Van Gundy, took the punishment on this one.

This one lasted long after the game was done.

Rasheed Wallace hit a game-winning shot, and a scrum between Wells and Mills ensued.

Fans got involved by throwing beer bottles, and Wallace attempted to go after someone in the stands who threw something at him.

Later, Mills tried to get into Portland's locker room.  When that didn't work out for him, he parked his car in front of the Blazers' team bus. 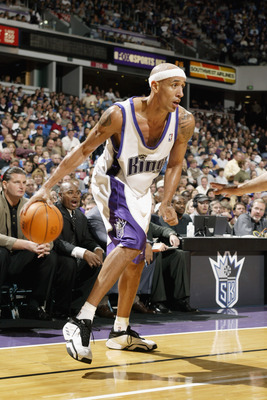 Here's another melee that spilled off the court.

It started with Rick Fox's one-handed shove to Christie's face.  That led to a solid uppercut from Christie to Fox's jaw.

But the most interesting part of this may have happened in the tunnel where a street clothes-wearing Shaq tried to get involved in this battle with the "Queens." 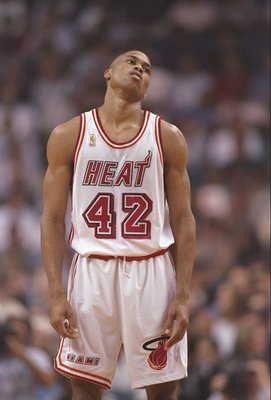 This fight may have the single best move on the list.

Brown was a solid enforcer for the Heat back in the '90s and, even though this fight was a huge mismatch, you don't see one basketball player completely flipping another every day. 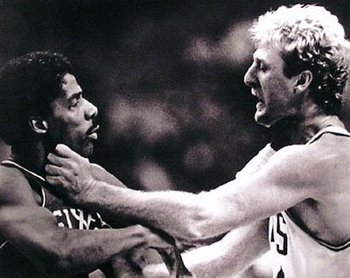 Larry Legend and Dr. J are two of the greatest players of all time, and had a pretty good rivalry with each other.

The clip from this fight sure doesn't look good for either guy.  For Bird, it can't be fun to be held by multiple players while another guy punches you.  For Erving, it's a punk move to be throwing those punches. 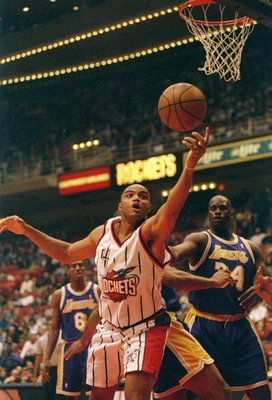 Yet another swing and a miss by Shaq.  This time it had more to do with the other player dipping out of the way.

It's hard to say who officially started this one, but Barkley tossing the ball at Shaq's face certainly elevated the shoving match into a fight. 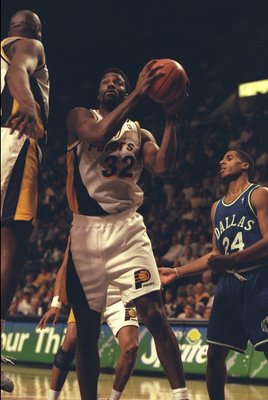 This fight led to an unprecedented number of suspensions coming down from the league office.

Sixteen players were suspended at least one game, with Dale Davis of the Pacers and Michael Smith of the Kings getting two games off.

The suspensions were the result of a bench-clearing brawl.

7. Doc Rivers and Kevin Johnson with Outside Interference from Greg Anthony 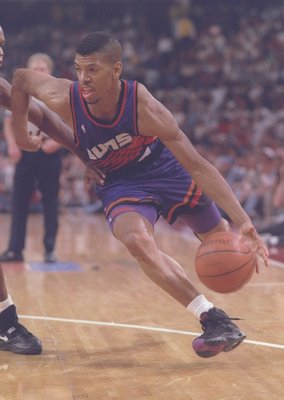 What started as a one-on-one battle between Kevin Johnson and Doc Rivers, erupted into a bench-clearing brawl just before the close of the first half.

The worst part about the fight was an out-of-uniform Greg Anthony joining the fun by hitting Johnson with a cheap shot to the head from behind.

When it Turns Into a Brawl 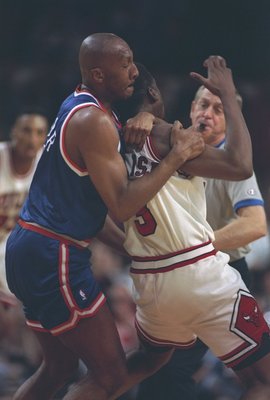 NBA commissioner David Stern was sitting courtside at this game between the Bulls and Knicks.

He got an unexpected surprise when Derek Harper and JoJo English started a bench-clearing brawl that spilled into the stands near Stern's seat. 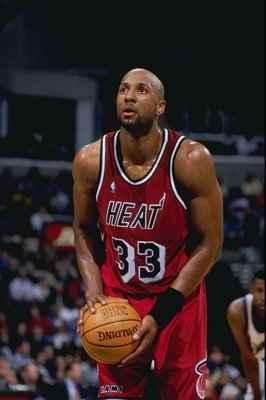 Mourning and Johnson are a couple of big dudes; Jeff Van Gundy is not.  He managed to get himself right in the middle of what could have been a very dangerous situation for him.

He should get some credit for having the courage to try to break those guys up.

I know all the players are totally different now, but I see this heated rivalry re-emerging soon. 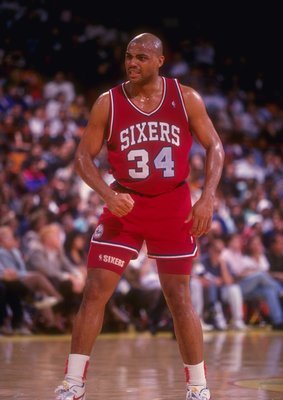 My favorite part of this video is not the awesome fight between Barkley and Laimbeer (which left Laimbeer looking like a losing prize fighter).

It was definitely the way Isiah Thomas made a complete fool of himself.  He punched Rick Mahorn in the head for no reason and Mahorn just stood there as if Thomas was wearing Socker Boppers.

The tension was high after that moment, and Laimbeer sent things into brawl status when he threw the ball at Barkley. 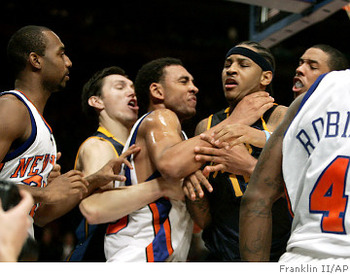 I find it relatively ironic that the guy Jared Jeffries is choking in this picture is now his teammate in New York.

This was an all-out brawl at the end of a Denver blowout win.

New York's Isiah Thomas almost certainly started the mess by telling his players to get dirty (he warned 'Melo not to go into the lane at the end of the game).

The deed was done when Mardy Collins put a mid-air hit on J.R. Smith.

That led to the brawl that got Smith and Nate Robinson suspended for 10 games, Collins for six games, Jeffries for four, and Jerome James and Nene for one game each.

Carmelo Anthony got the biggest suspension (15 games) for landing a sucker punch in the middle of the melee.

2. Kermit Washington and "The Punch" 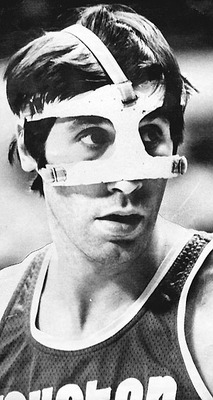 The result of this one was the worst injury from any of the NBA's on-court fights.

The Lakers' Kermit Washington blasted incoming Rudy Tomjanovich with a punch that he certainly could not have seen coming.

The blow shattered bones in Tomjanovich's jaw and face and it took him five months to fully recover. 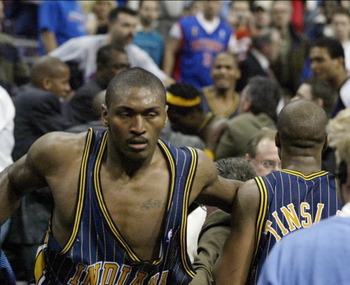 I think you all remember what went down on Nov. 19, 2004 at the Palace of Auburn Hills in Detroit, Mich.

I'll never forget watching hours of coverage of this unbelievable night on ESPNEWS.

Ben Wallace started the fight that Ron Artest initially reacted to with relative maturity.  After Wallace shoved Artest in the face, he removed himself from the situation and laid on the scorer's table.

When a fan decided to throw a beer at Indiana's ticking time bomb, all hell broke loose.  Artest charged into the stands, followed by Stephen Jackson.

Total chaos ensued as fights between fans and players spilled onto the floor.

Artest was suspended for 73 games, Stephen Jackson for 30, Jermaine O'Neal for 25, Ben Wallace for six (he deserved a much harsher punishment), and Anthony Johnson for five.

Malice in the Palace

NBA Championship Odds For All 16 Teams

What Each NBA Team Needs to Target in the Offseason

The 20 Dirtiest Players in the NBA Today

The 50 Greatest Rebounders of All-Time