Sure, but how much can he handle as a passer?

All offseason long, that question followed Oklahoma quarterback Jalen Hurts. Any number of analysts, fans and outlets asked a version of that concern, and this writer was a part of that crowd.

While the opinions―and tones―varied significantly, it was reasonable to contemplate.

Alabama thrived with Hurts as its starter in 2016 and 2017, but his largest aerial contribution was near the line of scrimmage. That inability to push the ball downfield is the primary reason why Tua Tagovailoa is now a pivotal part of Crimson Tide history―and why Hurts is spending his final season of eligibility at Oklahoma.

Four games into 2019, the question has changed. Hurts has quieted critics with an explosive start to the season.

The discussion has now turned to where he ranks in the Heisman Trophy race alongside Tagovailoa, LSU's Joe Burrow and Wisconsin's Jonathan Taylor, among others.

Sure, it's early. Oklahoma's level of competition to date is relatively low. Nevertheless, Hurts is shredding opponents and producing at a sensational standard.

The senior has connected on 66 of his 85 attempts (77.6 percent) with 1,295 yards and 12 touchdowns to one interception. Hurts has also scampered for 443 yards and five scores, showing off his intelligence as a runner on both designed runs and scrambles.

Still, the biggest change is how Lincoln Riley and the Sooners have steadily unlocked the potential of Hurts as a passer.

According to tracking by B/R's Ian Wharton, Hurts has already completed 11 passes of 20-plus yards in the Sooners' four games this season. He's hitting the downfield shots at a superb 52.4 rate and has four touchdowns in 21 such attempts.

That's a dramatic change from his time at Alabama in 2016:

.@ESPN_ReceDavis just mentioned on @CollegeGameDay that Jalen Hurts needs to improve throwing in the intermediate range... spot on analysis. https://t.co/cCJRC4Q6Zq

Here's the final passing chart for Alabama QB Jalen Hurts. Very inconsistent numbers at all levels of the field. https://t.co/iaLyaZKbMZ

During those two seasons as Alabama's full-time starter, Hurts found his target on only 33 of 101 passes that traveled 20-plus yards. Only six of those completions resulted in touchdowns, too.

While at Alabama, Hurts did everything possible to avoid turnovers. Considering the elite defenses Nick Saban and Co. assembled, that was a completely understandable plan. Rely on the run, score a few touchdowns, trust the defense. It worked.

However, Riley has coached a little more risk into Hurts' game, encouraging the lower-percentage throws that can lead to explosive gains. That's needed because OU doesn't have as strong of a defense, but the Big 12 is more susceptible to high-powered passing attacks. And this offensive line is giving him plenty of time to throw.

Hurts had five 250-yard passing performances for the Crimson Tide. He's already at four with the Sooners.

Jalen Hurts continues to evolve from his days at Alabama as a conservative passer. We’re now seeing him cut it loose under Lincoln Riley in this Oklahoma offense. So much fun to watch.

Granted, you can take Hurts from Alabama, but you can't totally remove Alabama's impact on him. After OU rolled Texas Tech 55-16 on Saturday, he quickly pointed out the missed opportunities.

"We know there's plays to be made, something we can learn from. I definitely think that today we were pleased to get off to a good start, but we know there's still money on the table that we need to collect. We need to get to work, we've got to fix it and learn from our mistakes."

Still, his updated approach is excelling.

Again, we know the Sooners haven't played a difficult state. Through Week 5, their strength of schedule ranks 89th in the country, per Sports Reference. It isn't a coincidence that blown coverages and shoddy tackling are regular sights―and, yes, have inflated Hurts' counting stats.

But he's doing a much better job putting receivers in position to create yardage after the catch.

Hurts has significantly improved his ability to see a second or third read. He isn't staring down pressure as often. His accuracy, while always a work in progress, is much sharper. Thanks to an offense that intends to scheme receivers open downfield, Hurts' touch on deep passes is more effective, too.

Combine those upgrades with his previous strengths―mobility, half-field reads and the willingness to take a hit―and the result is a championship-caliber offense yet again in Norman.

As with any September upgrade, the key is sustaining it. More talented opponents await, and the number of glaring mistakes should drop. While he has showed improvements mentally, an old habit―bailing from a clean pocket or putting too much air under long, contested throws―may appear once in a while.

Unlike his previous stint as a starter, though, Hurts has demanded full respect as a thrower. Tougher games are ahead, but Hurts has never been better prepared to handle the challenge. 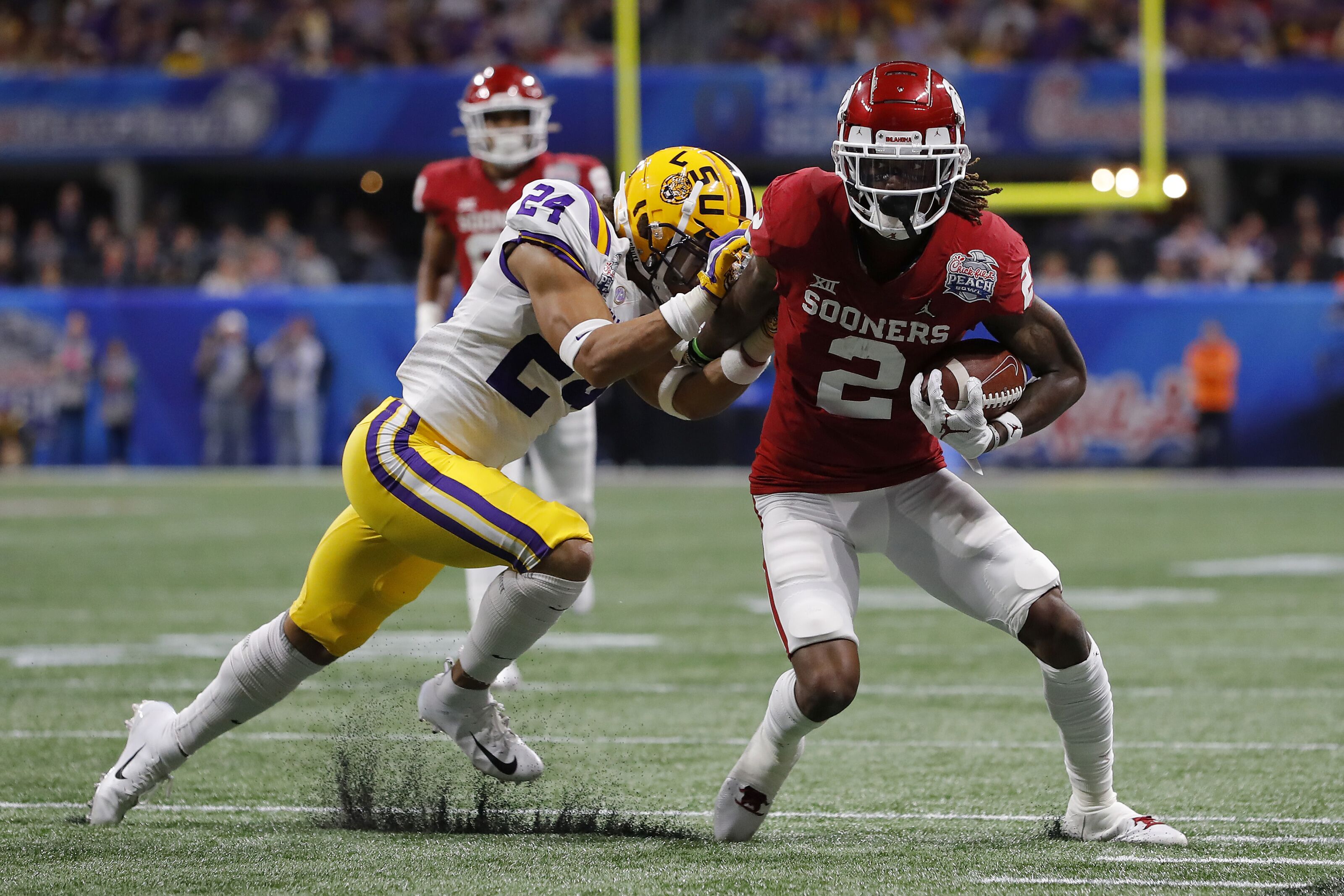