The Chicago Cubs climbed the mountaintop in 2016.

They won the World Series. They broke arguably the most infamous championship drought in professional sports history. They buried the billy goat curse with a burgeoning young core behind legendary executive Theo Epstein.

That said (could you sense there was a "that said" coming?), they're in a strange spot.

The 2019 Cubs aren't sunk. They entered play Monday at 60-51, 1.5 games ahead of the St. Louis Cardinals in the National League Central.

On the other hand, they're projected by FanGraphs to win 88 games, the lowest total among prognosticated division champs.

That doesn't preclude another title. But it doesn't portend one, either.

Further, FanGraphs gives them a 6.8 percent chance of hoisting another Commissioner's Trophy, the lowest of any division leader.

After falling four games to one to the Los Angeles Dodgers in the 2017 National League Championship Series Series, Chicago lost the division tiebreaker to the Milwaukee Brewers and snagged a wild-card slot in 2018 but then got bounced in the one-and-done Wild Card Game by the Colorado Rockies.

Who's to blame for its fall from emerging juggernaut to potential also-ran?

There's the offense, which ranks 14th in the game with 550 runs scored. The Cubs added veteran rental Nicholas Castellanos from the Detroit Tigers at the trade deadline, but does he take a midranked offensive attack from so-so to strong with his .790 OPS?

On the pitching side, the Cubs signed right-hander and seven-time All-Star closer Craig Kimbrel to a three-year contract worth $43 million. He's posted a 5.68 ERA and hit the injured list Monday with a knee issue.

The Cubbies relievers rank eighth with a 4.13 ERA.

They also added right-hander David Phelps in a swap with the Toronto Blue Jays. Thus far, he's yielded one run on three hits and a walk in one frame for Chicago. Color the North Side faithful uninspired.

Perhaps most damagingly: The Cubs will be without catcher Willson Contreras (hamstring), who was placed on the IL on Sunday, likely for a few weeks or more.

They acquired glove-first backstop Martin Maldonado from the Kansas City Royals but flipped him to the Houston Astros for utility man Tony Kemp.

The jury is out on the Cubs' acquisitions. You never know who will rise to the occasion. But did they do enough to be top-shelf World Series competitors?

Three teams in the NL Central were above .500 entering play Monday. The Cubs are the nominal favorites, but the Cardinals and Brewers (whom the Cubs swept in a three-game series over the weekend) are nipping at their heels.

Again, we could blame the offense. But essential cogs such as Kris Bryant (.916 OPS) and Anthony Rizzo (.909 OPS) are pulling their weight. The pitching staff owns a 3.96 ERA, good for fifth overall.

Skipper Joe Maddon, often regarded as a savant, has received his share of criticism, particularly when it comes to his bullpen management.

"Fans ... they have this really ridiculous concept about bullpens and bullpen management," Maddon said on the Laurence Holmes Show (via NBC Sports Chicago). "They have no idea really what all goes into it. At the end of the day, you can make a decision that may be the absolute proper and right thing to do, but it doesn't work out and then it's perceived as being wrong."

In the end, though, this falls on Epstein. He's the architect who helped the Boston Red Sox bust the curse of the Bambino. After that, he guided the Cubs to their first post-1908 title. He was walking on water. Now, he's flailing in choppy seas.

It won't be simple to resurface with a farm system Bleacher Report ranked No. 28 and a dearth of high-profile deadline additions plus the injuries to Contreras and Kimbrel. The Cubs also have the second-highest payroll in the game this season and next, per Spotrac, meaning they're hamstrung.

It'll be harder to stay afloat with a clubhouse the notoriously fun-loving Maddon might be losing.

"I've never really done anything well [being] uptight in my life," Maddon told reporters. "A baseball player can't either, especially if you play every day."

The Cardinals and perhaps Brewers will make things tough in the Central. Then there are the emerging Atlanta Braves and dynastic, title-starved Los Angeles Dodgers to contend with before the Cubs even reach the Fall Classic.

Did Epstein do enough to buttress his team before its World Series window slams shut?

Maddon needs to do his job, maintaining a quirkily cohesive clubhouse and pulling the proper levers.

Beyond this season, the Cubs need to steer the ship with aplomb when it comes to additions and non-additions. More than anything, Epstein needs to prove he hasn't lost his fastball.

The Cubs climbed the mountaintop in 2016. Sometimes, the fall is hard and fast.

All standings and statistics accurate as of Monday and courtesy of Baseball Reference. 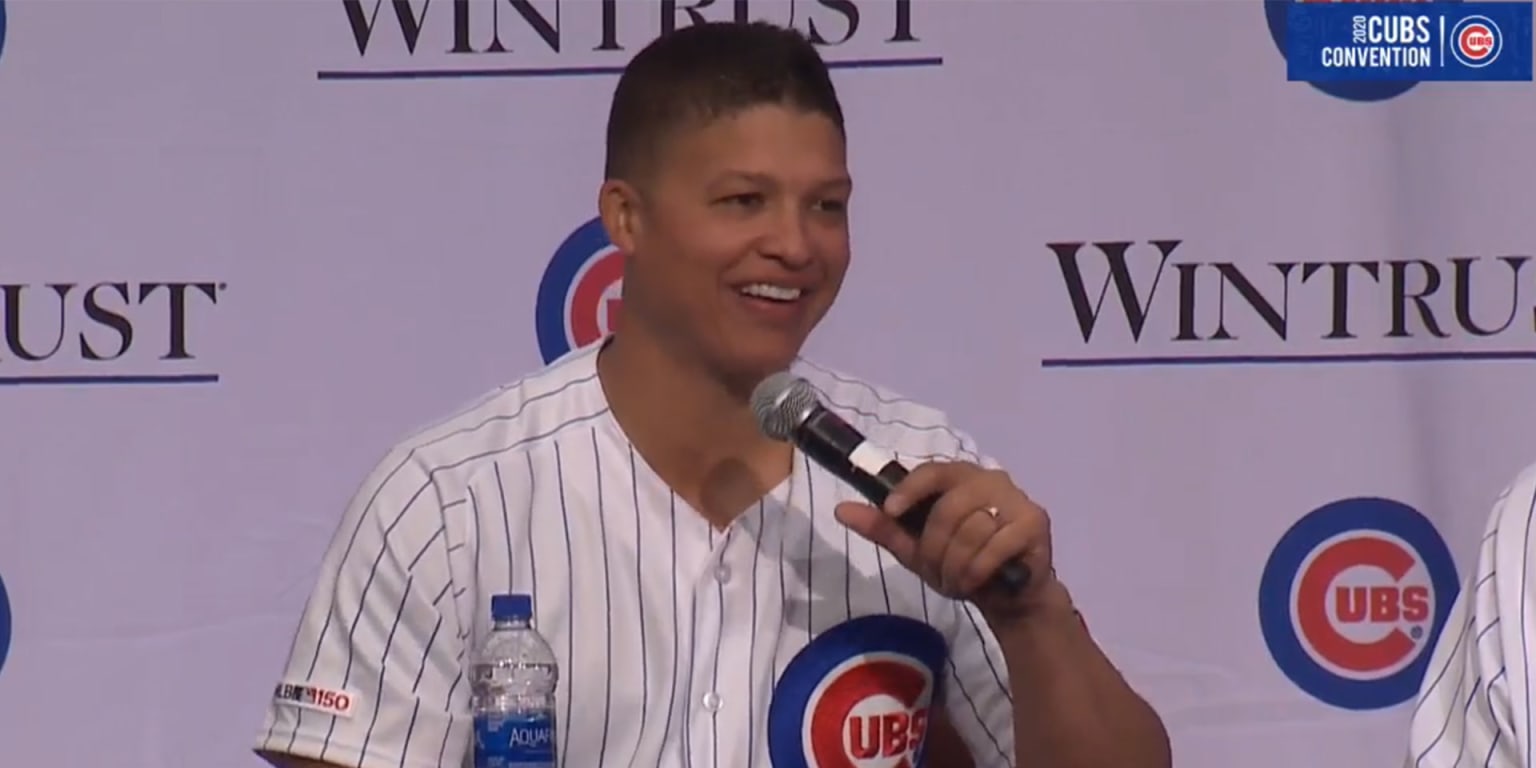 Schwartzy
via On Tap Sports Net

Cubs Will Expand Protective Netting at Wrigley Field This Year

Cubs Will Expand Protective Netting at Wrigley Field This Year

In Wake of Astros Scandal, Cubs Proud They Won the Right Way

In Wake of Astros Scandal, Cubs Proud They Won the Right Way