When we last left Kirk Cousins, he was playing in the driving rain on one of the NFL's worst-maintained fields behind an offensive line consisting of two guys borrowed from the Ravens practice squad and three more plucked from a temp agency.

Cousins gamely endured the demolition derby: a franchise quarterback, scheduled to break the GNP but with a zero-dollar guarantee beyond this season, battling until the final gun despite being one bad hit away from the kind of professional disaster that leads to tweeting cautionary tales on Sunday afternoons, the way his predecessor now does.

Neither Cousins nor his team can keep pretending that their no-labels, no-strings-attached partnership makes any sense—both sides are risking too much to accomplish too little.

But the 49ers took themselves off the market with the Jimmy Garoppolo trade, depriving both Cousins and the Redskins of their most convenient exit strategy. Cousins lost his safety school, the Redskins a deep-pocketed competitor to provide deniability for letting their quarterback walk next offseason.

The Cousins market is now in chaos, with quarterback-starved fanbases around the NFL mulling his savior qualifications.

Cousins can help several teams. But he is a better fit for one franchise than for any other.

But before we get to the perfect match, let's run down the likely suitors:

Cousins fits because…he has started for them for three years and thrown for over 14,000 yards and 85 touchdowns.

Cousins doesn't fit because…he has started for them for three years and both sides have increasingly taken the "EVERYTHING'S JUST FINE, OK?" approach to the arrangement.

If the key to Washington's success was paying Cousins gobs of money, the team would have succeeded while paying Cousins gobs of money over the last two seasons. Instead, the team has been forced to shed its supporting cast to pay for Cousins' franchise-tag guarantees (Pierre Garcon and/or DeSean Jackson would really help right now) and was plateauing as a third-place also-ran in the NFC East before the offensive line was eaten by the demogorgon.

A third straight salary cap tag would cost the Redskins over $34 million. Any attempt by the Redskins front office to craft a long-term deal with some short-term cap relief must start with the $34 million one-year guarantee Cousins can earn by just waiting the team out. So to keep Cousins, the Redskins must negotiate against two years of their own foolish decisions in the name of remaining wild-card middleweights.

The only thing keeping that from being a horrible idea is the fact that the team left itself with absolutely no Plan B at quarterback.

Cousins fits because…the Broncos are a well-run organization with an outstanding defense that is only one good-not-great quarterback away from returning to Super Bowl contention.

Cousins doesn't fit because…nothing in that last sentence is as true as the Broncos wish it was.

The Broncos don't just have quarterback problems. Switching from Trevor Siemian to Brock Osweiler won't matter much for a team that thinks Jamaal Charles is still a spry highlight machine.

Cousins has always been coached by clever tacticians (Kyle Shanahan, Sean McVay, Jay Gruden) and surrounded by a deep, diverse skill-position corps. Put him in the Broncos' station-to-station offense and he will provide a modest upgrade at super-premium prices.

The Broncos are also not in great future cap shape. John Elway can find a way to absorb a nine-digit contract whopper, but Elway's made a few too many Wile E. Coyote decisions at quarterback over the last two years while suspect drafts, age and cap attrition have weakened the Broncos roster at almost every other position. If Cousins lands in Denver, he's more likely to slow their descent than return them to their peak.

Cousins fits because…the Jets have the cap space, the need and the potential for the beginnings of a framework of the infrastructure for the seedlings of a young nucleus.

Cousins doesn't fit because…that 3-2 start is a distant memory and no one is pretending that the Jets are some exciting young team heading in the right direction anymore.

Whoever is coaching, general managing and absentee owner-ing the Jets next year may well put a competitive offer on the table for Cousins. But the Jets still have an expansion-caliber roster, no matter how hard we pretend Jermaine Kearse is some building block or two fine rookie safeties represent a radical youth movement.

Adding Cousins (who, again, needs a strong supporting cast to succeed) would just mean sustaining expensive mediocrity. The Jets are all about expensive mediocrity, but Cousins and his representation know full well that Jets contract offers exist solely to get matched by better organizations.

Cousins fits because…whoever is running the Browns next year will lurch in the exact opposite direction of Moneyball by spending zillions of dollars on proven veterans™ who can lead the team to a few 8-8 finishes, which will probably cause parades in Cleveland.

Cousins doesn't fit because…no established quarterback with any other options has ever willingly signed with the Browns.

The Browns could tempt Cousins with some earth-shattering $200 million contract only they could afford, draft Saquon Barkley and their usual battery of crushy high-round prospects, and ride the wave of baseline competence to the low middle of the standings in 2018. Fast-forward to about 2021, and they have either conquered the world or (more likely) become the current Ravens.

Other than money, the Browns can offer Cousins nothing but a receiving corps full of former draft teases and a front-row seat to their annual front-office pay-per-view rumble. Having watched the Redskins front office implode this offseason, Cousins will take a hard pass.

Cousins fits because…Sean McDermott and Brandon Beane are purging the roster of anyone associated with the past regime and have been palpably ambivalent about Tyrod Taylor since the day they took over. Cousins would fit coordinator Rick Dennison's Gary Kubiak-like offense, making the Bills comfortably conventional on offense so McDermott can win with his defense.

Cousins doesn't fit because…Taylor is under contract through 2018 and is winning right now, so everyone is pretending to be content. Cousins would throw two red-zone interceptions per week to the current Bills receiving corps, though Kelvin Benjamin could help change things.

McDermott and Beane are wheeler-dealers who could either pull off an audacious Taylor trade in the offseason or live with a dead-money hit; the Bills have the cap space to absorb Taylor's short contract and still make an offer to Cousins. In Buffalo, Cousins would inherit a fine defense, strong running game and a receiving corps bolstered by both Benjamin and the Bills' stockpile of future picks.

It's an outside-the-box scenario, but the extra picks and clean credit report make the Bills a lot like the Browns and Jets without the hopelessness. As a bonus, Taylor could land in Washington, making it the ultimate rom-com solution to a pair of unsatisfying relationships.

Now that we have exhausted both the likely and unlikely suitors, let's reveal the perfect match for Cousins:

The Jaguars have burned years by drafting size/arm/wheels prospects at quarterback. They're ready for a "B" talent with the "A" intangibles, and "B talent with A intangibles" would be the perfect tagline to the Kirk Cousins movie. Cousins also fits the Tom Coughlin/Doug Marrone culture and the current system, which is run-oriented but well-stocked with skill-position talent (especially when Allen Robinson returns next year).

Don't let Blake Bortles' $19 million 2018 salary fool you—that fifth-year option is only guaranteed for injury, so the Jaguars can cut him early in the offseason if they want to make a strong Cousins push. Erase Bortles and the Jaguars have the liquidity and cap space to make a competitive bid. Past free-agency splashes prove that the Jaguars know how to make a sales pitch. Great weather! Nearly nonexistent taxes! And hey, we don't stink anymore!

That last part is the key to predicting Cousins' next step. None of the parties involved are stupid, not even the Browns. Coaches and executives know that Cousins is not Aaron Rodgers, and Cousins understands both his market value and the value of a good supporting cast, system and organization. He has seen how the "franchise savior" story ends and will be looking for a franchise that can help him by helping itself.

Kirk Cousins: Jacksonville Jaguars. It may have sounded ridiculous this time last year, or even in August. Now it sounds like a win-win.

Mike Tanier covers the NFL for Bleacher Report. He is also a co-author of Football Outsiders Almanac and teaches a football analytics course for Sports Management Worldwide. Follow him on Twitter: @MikeTanier. 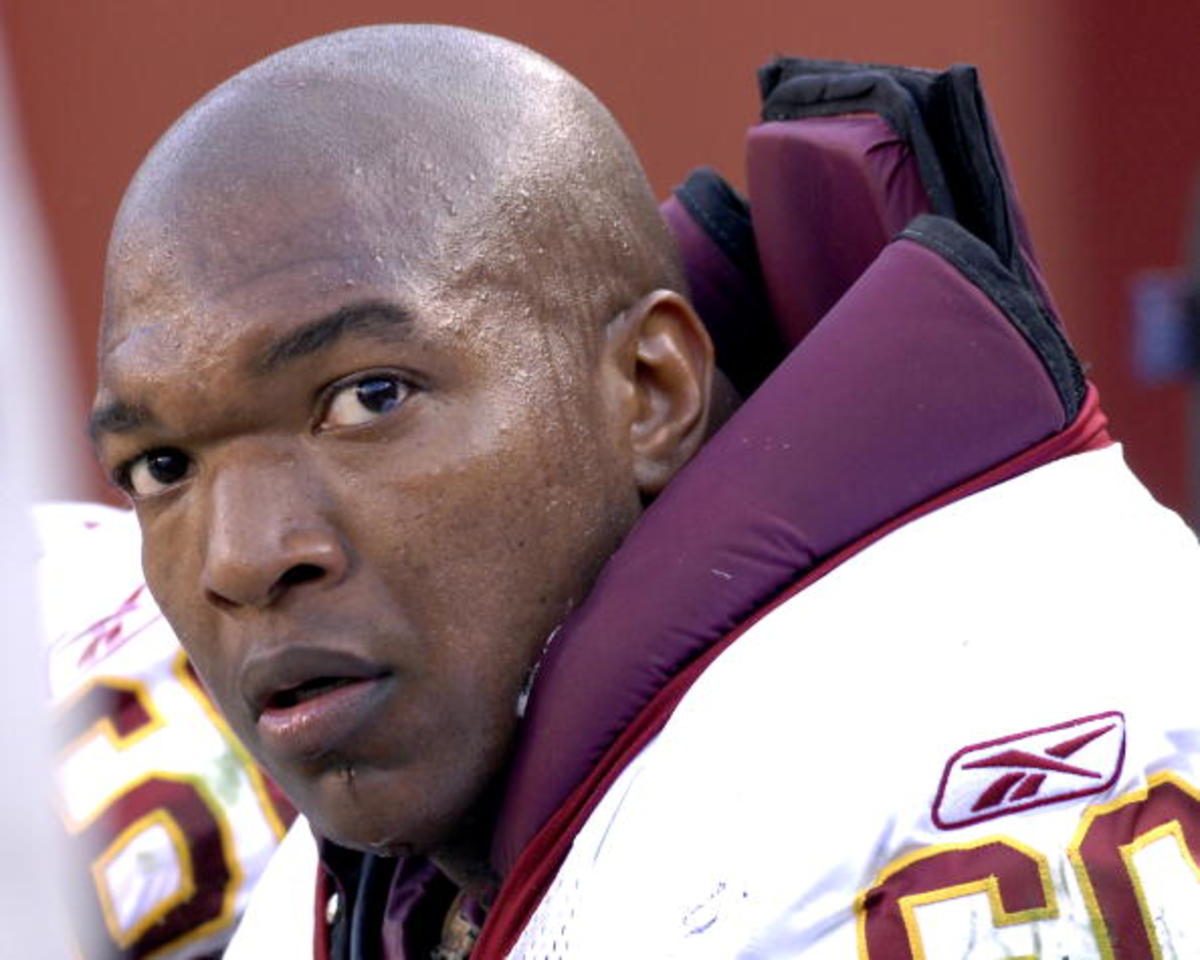