The Oakland Raiders have been a fun punch line over the years, but no one is laughing anymore. For the first time in over a decade, this franchise is a legitimate contender for the playoffs.

While the last few minutes were a little too close for comfort, the Raiders went up 37-6 Sunday against the San Diego Chargers and held on for a 37-29 Week 7 win. This put the team at 3-3 for the year and squarely in second place in the AFC West behind the undefeated Denver Broncos.

There were certainly negatives as the Chargers scored 23 in a row to make a blowout competitive. Considering the team had only three wins all last season, however, there is reason to celebrate any victory. Head coach Jack Del Rio chose to focus on the positives after the game:

The wins are great, but the more exciting part is how well the team has played and where the contributions are coming from. With young stars already producing at a high level, this is a squad that could be good for a long time.

Sunday's victory showcased the best of Derek Carr, who finished with 289 yards, three touchdowns and zero interceptions on 24-of-31 passing. His 137.7 quarterback rating was his best of the season. Beyond the numbers, he appeared to be in complete control throughout the game to help the Raiders move the football and match a season high with 37 points scored.

Carr made some big-time throws in this one, including on the first touchdown to Clive Walford:

Chris Burke of Sports Illustrated was impressed at the throw:

Derek Carr's dealing. No chance for the defense on that TD pass to Walford.

Although Walford hasn't had his name called often this season, the rookie third-round pick has good size (6'4", 250 pounds) and has a lot of potential going forward. Of course, you can say that about a lot of players in this organization.

Amari Cooper also had yet another big day as the first-round pick topped 100 receiving yards for the third time already this season. His 52-yard touchdown was a thing of beauty, thanks to his run after the catch:

In case you missed it. Or even if you didn't. Just watch @AmariCooper9 work. Enjoy. #OAKvsSD https://t.co/fCvinXztqv

Not to be overlooked in this game is Latavius Murray, who rushed for 85 yards on just 15 carries with a touchdown. The 5.7 yards per carry was his best mark of the season.

The fact that there are so many talented weapons on the offensive side of the ball would be impressive if they were all in their primes. The amazing thing is none of them have come close to reaching their potential. Carr (24 years old), Murray (25), Cooper (21) and Walford (24) have all just scratched the surface of their abilities and could grow together into an elite core for the Raiders offense.

With an offensive line that has allowed only 10 sacks all season, this unit is the real deal and only getting better.

Meanwhile, the defense can do more than hold its own with the young talent on that side of the ball. Khalil Mack had a quiet game against the Chargers, but the 24-year-old pass-rusher remains a serious threat to get to the quarterback on every play. He also showed Sunday he still has the ability to drop into coverage if needed.

Still, it was a different defender who stole the show in Week 7, as Malcolm Smith finished with 11 tackles, one sack, two quarterback hits, two pass deflections and an interception almost returned for a touchdown. Tim Kawakami of the San Jose Mercury News was impressed by the play:

Malcolm Smith continues his very, very good game with a pass break-up. Been all over the field.

Smith is best known as the fluke Super Bowl MVP winner after struggling to get playing time with the Seattle Seahawks, but he has played well all season with the Raiders. Considering he is still just 26 years old, Oakland might have found a gem in the young linebacker.

The rest of this season won't be smooth sailing. A matchup against the tough New York Jets defense looms next week with a Pittsburgh Steelers battle in two weeks (likely against a healthy Ben Roethlisberger). Games against the Broncos and Green Bay Packers will also come later in the year.

It won't be surprising if this inexperienced team has some poor showings against weaker opponents and loses games it shouldn't. Considering Oakland was outscored 23-0 in the fourth quarter Sunday, it's clear there will be some bad days.

That said, the Raiders and their fans have one thing they haven't had in a long time: hope. Hope is a good thing, maybe the best of things. There is belief this group could evolve into a contender and that feeling is perfectly justified.

With Carr dropping perfect passes into the hands of his receivers, Cooper and Murray making defenders look silly and Mack terrifying opposing quarterbacks, this will be a fun team to watch for the remainder of this season and beyond.

If things go right, this exciting, young team could be Super Bowl bound before we know it. 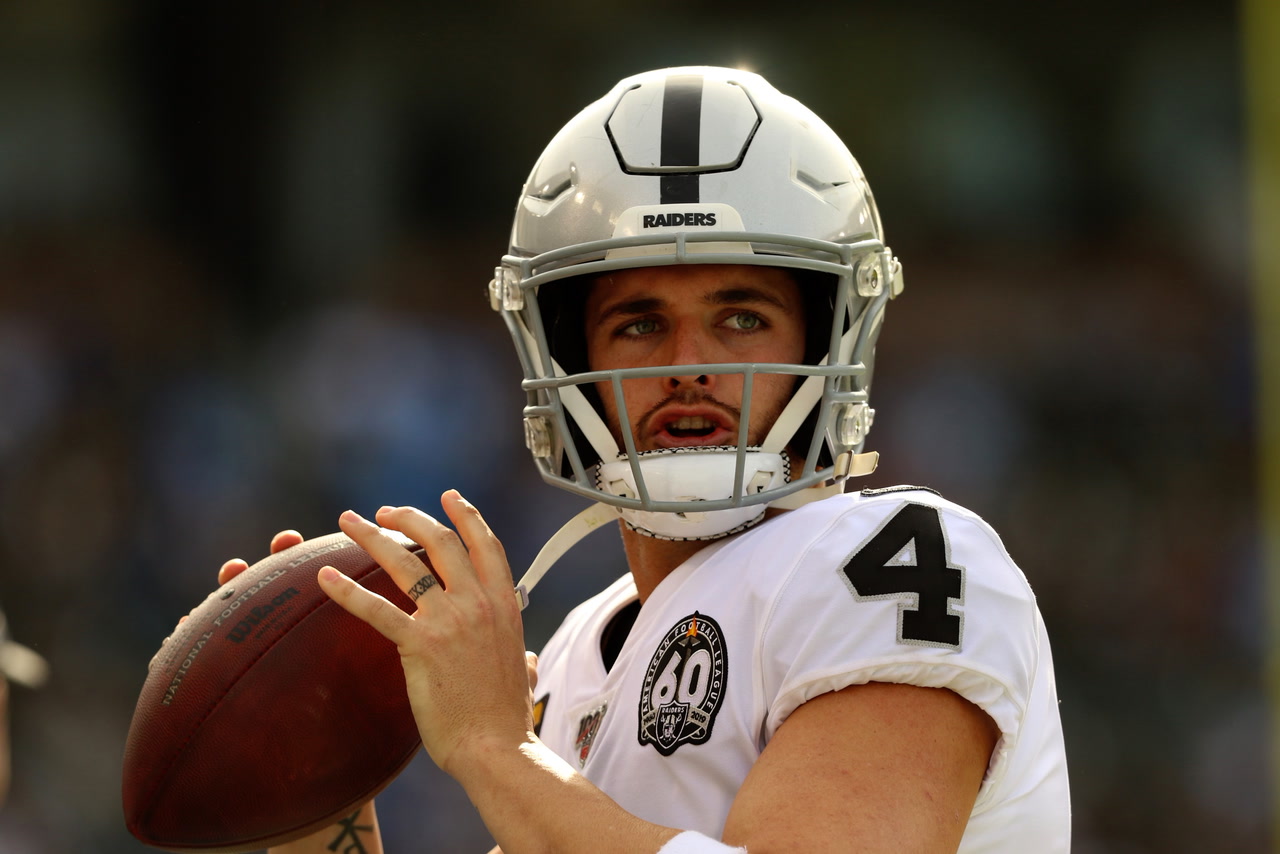