Head coach Marvin Lewis talked about Vontaze Burfict's status for next season, according to Geoff Hobson of Bengals.com:

Bengals head coach Marvin Lewis says Pro Bowl WILL linebacker Vontaze Burfict is mulling more surgery on the knee that ended his season on injured reserve. But he also says if does opt for surgery, he expects Burfict to return in a normal timeline for 2015.

The Bengals' official Twitter feed has an update on Vontaze Burfict's status for the rest of the season:

ESPN's Coley Harvey has the latest on Burfict:

ESPN's Coley Harvey has an update on Vontaze Burfict from Thursday's practice:

ESPN's Coley Harvey has an update on Vontaze Burfict's practice status on Wednesday:

Also, no Burfict, Eifert and Hunt ... for the record. #Bengals

ESPN's Coley Harvey has an update on Vontaze Burfict's status for Sunday:

Geoff Hobson of Bengals.com has an update on Vontaze Burfict's status for Friday:

No Tez for Friday practice. Mark him as your first inactive

Vontaze Burfict's practice status for Thursday has been confirmed by Richard Skinner of The Cincinnati Enquirer:

Geoff Hobson of Bengals.com has an update on Vontaze Burfict's status at practice on Wednesday:

Richard Skinner of The Cincinnati Enquirer has an update on Vontaze Burfict:

Geoff Hobson of Bengals.com has an update on Vontaze Burfict from practice Friday:

Gio Bernard and Vontaze Burfict will not practice today per Lewis

Vontaze Burfict's status for Week 10 was confirmed by ESPN's Cole Harvey 90 minutes prior to the game:

Vontaze Burfict can't avoid the injury bug in 2014. Having already picked up his fair share of knocks this year, the Cincinnati Bengals linebacker will miss more time after having his knee scoped.

Marvin Lewis says that Vontaze Burfict will be out the next two weeks. Had an arthroscopic scope to left knew this morning #Bengals

Head coach Marvin Lewis went into detail about the injury to his star linebacker, via Jay Morrison of the Dayton Daily News:

"He had a little rock (cartilage) in there we had to cleaned (sic) out from the other day when his foot got trapped," Bengals coach Marvin Lewis said, referring to a first-quarter play in Sunday’s 27-24 victory against Baltimore.

"When the guy came to block him, he kind of trapped his leg," Lewis added. "We thought it was initially a bruise to the knee. When they did further studies on Monday morning they found out."

Lewis said Burfict’s first reaction was to try to play through it, but the risk of further damage was too high.

"It’s something that can float in there," Lewis said. "The problem is if it locks in the joint, then your leg locks. There’s also the fact that if you leave it in there and you try to play, which is what his initial thought was, you can do some further damage. So you don’t want to do that.

"When the adrenaline is going and everything, unless it’s in the joint, it’s fine," Lewis continued. "The problem is you don’t want it to get stuck in the joint and cause issues. That’s why the best thing to do is to bite the bullet right now and have it removed and get him back and rehab him and get him healthy the rest of the way."

The 2013 Pro Bowler suffered concussions in both Week 1 and Week 2, then injured his neck in a 27-0 loss to the Indianapolis Colts in Week 7.

Pro Football Talk's Darin Gantt postulated that Burfict may have trouble when it comes to form tackling.

"While the problems may not be connected, Burfict clearly has issues with leading with his head," he wrote. "It's caused fines in the past, but sticking the crown of his helmet into Andrew Luck left him with that sore neck."

Gantt added that at the time of the neck injury, the inside linebacker had only finished one regular-season game to that point.

Unrelated to his injury problems, Burfict came under fire for twisting the ankles of Cam Newton and Greg Olsen in the tie with the Carolina Panthers.

There's little doubt as to Burfict's importance to the Cincinnati defense. The 24-year-old led the NFL in tackles last year (171) and was a big reason the Bengals finished third in total defense (305.5 YPG). In September, the team named him one of the captains for the current season. He has 29 combined tackles and one forced fumble this season.

The Bengals have suffered on the defensive side of the ball following the departure of former defensive coordinator Mike Zimmer. Between that and the various maladies he's dealt with this year, Burfict's performance has dropped off somewhat.

Cincinnati hit a collective funk after getting hammered, 43-17, by the New England Patriots in Week 5. It followed with a home tie to the Panthers and then the shutout to the Colts. Cincinnati finally rebounded last week with a victory over the Ravens. The Bengals went from trendy Super Bowl pick to second-best and maybe third-best in their division.

The team's fortunes are unlikely to get back on track until its defensive leader returns to the field. Cincinnati plays Jacksonville and Cleveland over the next two weeks. Should Burfict return after that span, he'd be available for the Bengals' Week 11 matchup with the New Orleans Saints. 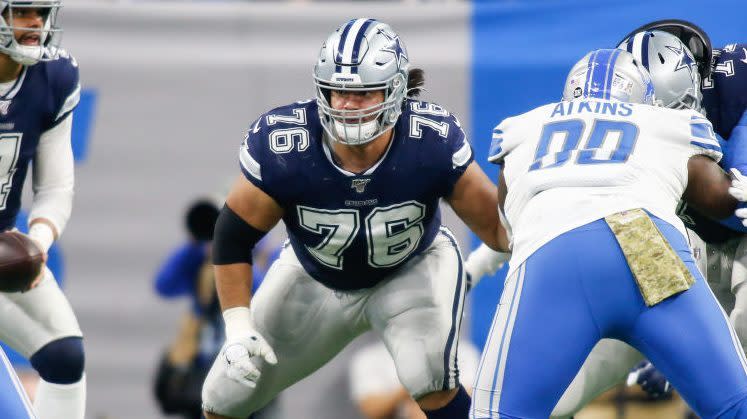