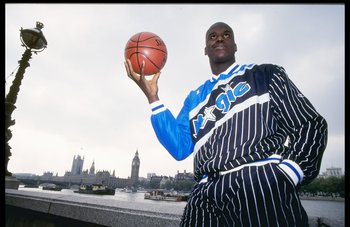 At the same time LeBron James inches one step closer to reaching the potential laid out for him eight years ago as the most heralded No. 1 draft pick in NBA history, the league's last global phenom closes the book on a career that undeniably lived up to the hype.

Remember when Shaquille O'Neal was still a mystery? Back in 1992, the LSU junior was a no-brainer top draft pick, but not yet a sure thing. Back then, the best we could say about the 20-year-old Shaq is that he had the potential to enter the conversation with Wilt Chamberlain, Bill Russell and Kareem Abdul-Jabbar as one of the all-time legends at his position.

Today? Shaq leaves the game having accomplished that much and more. Today, Shaq retires as the greatest NBA center of all time. Here are five reasons why. 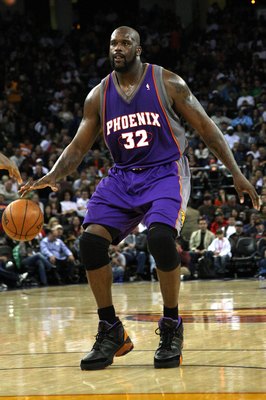 The worst injustice of Shaq’s career was that too many people believed he was only great because he was big.

So far from the truth.

Shaq could handle the ball well enough to lead the break or unleash a crossover that left opponents in the dust. He could hit jump shots and hit teammates with pinpoint no-look passes. He could spin and slip his 7-foot-1, 300-something-pound frame into the lane for hooks and bankers with moves that had nothing to do with pure power.

Size didn't put him in the career postseason top five in points, rebounds and blocks. Four NBA championships, three Finals MVPs, one regular season MVP, three All-Star Game MVPs, Olympic and World Championship gold medals … if it were as simple as size, Giant Gonzalez would have a spot in the Naismith Hall of Fame. Shaq was one big-ass basketball player, but he was indeed a basketball player. 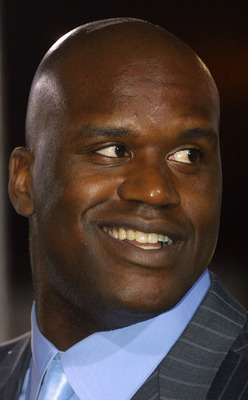 As great as Michael Jordan was on the court, don’t get it twisted: A large part of why MJ’s spot as the G.O.A.T. goes mostly unchallenged (as Scottie Pippen learned recently) is the media and marketing machine behind the Jordan mythology. Shaq isn’t Mike, but he is an ambassador of the sport whose celebrity will carry his legacy long after he’s finished playing.

Shaq helped define the modern athlete, the man who is his own business and his own brand. Shaq made music. He made movies and TV shows. He owned clothing lines and record labels. He was so good at being famous that, even as he slid from superstar (Magic, Lakers, Heat) to role player (Cavs, Celtics), Shaq was still arguably the third-most recognizable basketball player on the planet, behind Kobe Bryant and LeBron. 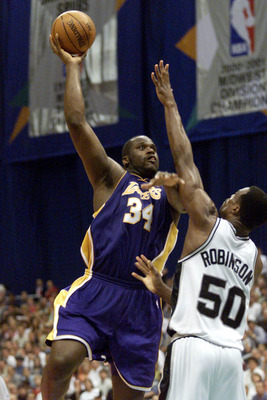 One thing currently keeping Dwight Howard off the short list of all-time great centers is the idea that he doesn’t have a lot of competition in today’s NBA. Similarly, Chamberlain’s place in history has been somewhat devalued because of a perceived lack of sizable rivals.

Shaq never had to worry about that. In his career he faced Hakeem Olajuwon, David Robinson, Dikembe Mutombo, Patrick Ewing, Alonzo Mourning, Brad Daugherty, Rik Smits, Arvydas Sabonis, Ben Wallace, Yao Ming, Howard … and he beat all of them. 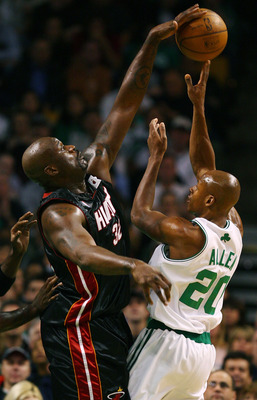 Shaq’s size-22 footprints are all over the last two decades years of NBA lore, and will remain for at least the next two decades.

It’s no accident that Kobe and Dwyane Wade (and Penny Hardaway, almost) reached legendary status while sharing the court with Shaq. Hall of Fame candidates Gary Payton, Glen Rice and Mitch Richmond bolstered their resumes with championships thanks to Shaq. Phil Jackson’s argument for Best Coach of All-Time is almost impenetrable thanks to Shaq.

He made the Magic. He rejuvenated the Lakers. He brought the Heat to the next level of legitimacy.

When you think about it, Shaq actually ushered in the current era of the “Big Three” and the NBA super-team: It took the efforts of loaded teams—San Antonio in 2003, Detroit in 2004—to stop what may have been a Russell-like run of championship domination for Shaq, and those teams laid the foundation for the star-stacked NBA teams we’re seeing in 2011. 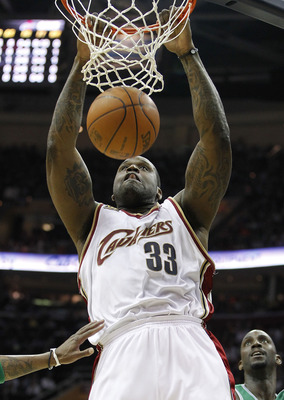 A couple weeks ago, I watched a replay of the 1981 NBA Finals, in which Larry Bird’s Celtics knocked off Moses Malone’s Rockets. Forget about wondering how those Celtics would fare against today’s version: I'd venture to say the ’81 conference champion Rockets would get mopped by the Lottery-lounging 2011 Rockets.

No disrespect to the older set, but basketball players today are simply better than they used to be. Just watching that re-run, it looked pretty clear that Moses and Calvin Murphy and crew could not hang with today’s NBA teams, which makes it highly unlikely that Wilt and Russell could hang with Shaq, who has some 40 years of evolution on them.

Modern medical science, advanced nutrition and training philosophies, decades of accumulated basketball knowledge and coaching techniques, plus an amateur basketball system in which the best young players are tested against each other almost year-round through AAU and national regular-season schedules ... it all equals an evolved sport played by an evolved athlete.

It’s not that complicated. Why do we have to proclaim Usain Bolt the greatest sprinter of all-time? Because the clock says so. Maybe Jesse Owens had a bigger impact on the sport of track and field, and maybe Carl Lewis was a bigger superstar, but Bolt is faster. Bolt is better.

It’s the same reason a computer built in 2011 is better than a 1984 model; the same reason the 2011 Cadillac outperforms the 1997 version. Molds are made, then molds are broken. That's why Shaq has to be considered the best at his position.

Men like Wilt, Russell and Kareem never had to deal with a monster like Shaq—not only bigger, stronger, faster and more agile than his historic foes, but also utilizing the ingredients from their games to build his own. Shaq took the Chamberlain blueprint and made it better. Now that’s not to say every center who enters the NBA post-Shaq will be automatically better than Shaq. But the next great center probably will be. That’s just how our world works.

But until then, that world belongs to Shaq.