Los Angeles Lakers Need Youth: Which of These Players Would Be the Best Fit? 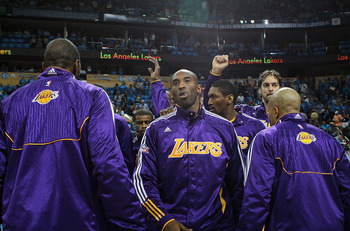 The Los Angeles Lakers abrupt postseason exit put the spotlight on their shortcomings, which in my opinion are three-fold.

First, the Lakers are getting a little long in the tooth. Collectively, they are one of the "senior" teams in the league, so they have to get younger.

Secondly, the Lakers are in desperate need of improved point guard play; this issue is connected to the first. Our beloved D-Fish does not have the foot speed to keep up with the top tier point guards in the league.

Finally, the Lakers need an additional consistent scoring threat from the perimeter. Too many of our guards and small forwards are streaky scorers, and we need a knockdown, dead-eye shooter or explosive scorer.

I know, I'm no GM. I'm just a basketball junkie and Lakers fanatic who constantly thinks about who we could add to the mix to properly re-load and be better equipped to fight for another championship. We have several players of value and I would hate to lose them, but sometimes you have to give to get.

Kobe Bryant is untouchable! Pau Gasol and Andrew Bynum are the next two players I would most want to keep. So that leaves Lamar Odom and Ron Artest as the most decorated players with major value.

We have some other pieces like Matt Barnes (who just re-signed), Luke Walton, Shannon Brown and Steve Blake, but I'm not sure what we could get for them, unless they are thrown in for salary purposes.

As I sit here and try and play GM, I'd be willing to part with anyone on the roster except Kobe if the right offer was made. Dwight Howard and Chris Paul are the most talked about and most coveted players out there, but I think the odds are against either of those things happening.

I hope I'm wrong about that.

The following slides are of the players I'd be thinking about acquiring if I were Mitch Kupchak. Some names are bigger than others and some may not be realistic because of cap reasons. So, I'm asking Lakers Nation or anyone out there with an opinion to tell me what they think of these potential additions to the team.

I'm looking for point guard's, combo guards or small forwards, and I purposely left off Dwight Howard, Chris Paul and Blake Griffin, three players I would want, but I don't think we have a chance to get. 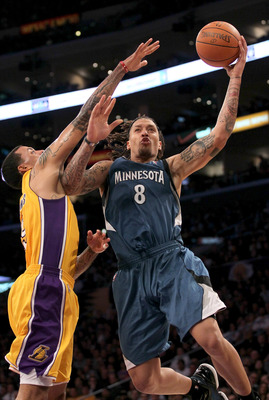 Beasley could be the next "Killer B" on the Lakers...Stephen Dunn/Getty Images

I think Michael Beasley would be a good fit because he's young, can score and his team, the Timberwolves, can afford to lose him.

Minnesota has the second pick in the draft and are projected to take Derrick Williams out of Arizona. Williams is also a small forward, so they don't really need both Beasley and Williams. Given that Beasley has not reached his full potential yet, he would give the Lakers size, consistent scoring and youth.

Being around Kobe and his work ethic could do wonders for Beasley. We would probably have to part with our most versatile player, Lamar Odom, and maybe could get Johnny Flynn thrown in.

This move definitely makes us younger and quicker, but is it realistic and make us better? 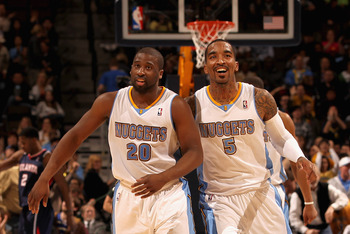 Acquiring Raymond Felton and JR Smith from Denver would address all three of the Lakers main issues, which are age, point-guard play and scoring punch.

Denver has Ty Lawson, Wilson Chandler and Aaron Afflalo, so they are deep at the guard position. We could offer Denver either Lamar Odom or Ron Artest and package them with Steve Blake.

But would Denver be willing to do this? JR could come off the bench like Odom did for us and provide scoring like Jason Terry is doing for Dallas, or we could start JR at shooting guard and move Kobe to small forward and allow him to post up even more. 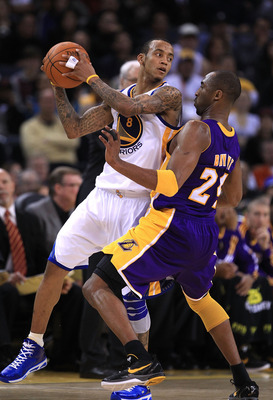 Would Monta still wear #8 on the Lakers?Ezra Shaw/Getty Images

Adding Monta Ellis addresses all three issues with one person. We get a young, explosive, fast combo guard who could defend point guards or shooting guards.

But what would Golden St. want in return? If we could package Lamar Odom and Shannon Brown, the salaries are close. Again, Kobe can easily slide to the small-forward position or let Monta play the point and keep Kobe at the two.

This would be an incredibly tough offense to stop if everyone bought in and gave up a few shots per game. 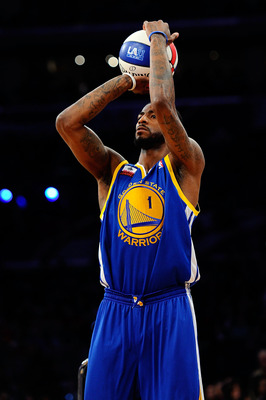 One of the best shooters in the Association.Kevork Djansezian/Getty Images

I'm not quite sure who the Lakers would trade to the Warriors to get Dorell Wright, but he would give us the shooter we need.  He's got good size, he's athletic and he averaged 1.5 steals per game.

I think Wright would be the right fit for LA. One of you capologists out there, show me how this can work...or tell me if it can't. 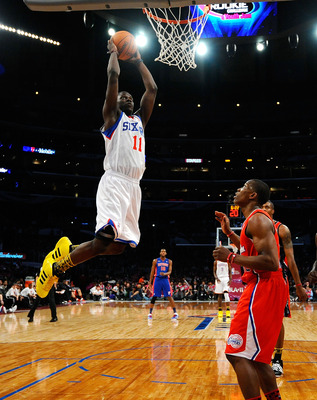 Okay, this is probably completely impossible, but I love Jrue Holiday's game and his physical attributes. He's a big fast point guard, who can shoot, pass the ball, lead a team, and play lock- down defense. He reminds me of John Wall physically.

He's 20 years old, so the Lakers get younger and he can hang with any point guard in the league speed-wise. However, who would Philly want in return? We could offer Lamar Odom for Jrue and Andres Nocioni.

Am I crazy? I might be, but if this trade doesn't work, someone please tell me if there is a trade that does work to get Jrue. 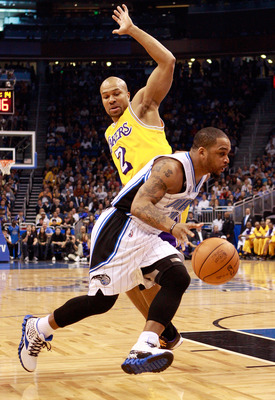 When 36 going on 37-year-old Derek Fisher is your starting point guard, it doesn't take much to get younger. Jameer Nelson is 29, so he's no rookie, but he's fast and in his prime and can score.

His salary is close to what Ron Artest or Lamar Odom is making. Other players would need to be included to make it work, but I think Jameer could be the answer. And the fact that the Lakers are no longer running the vaunted Triangle Offense, we all know Phil loved the big guards, Nelson could fit as a traditional point guard.

Unless We Can Engineer a Blockbuster? That's the Best I Can Do. 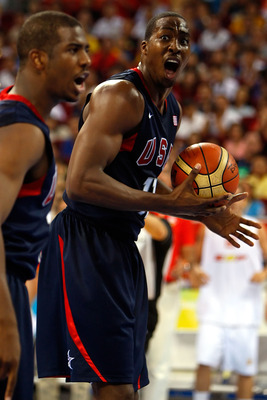 I'd take either one of these guys...Streeter Lecka/Getty Images

I'd love for the Lakers to get Chris Paul to run the point or have Dwight Howard patrolling the middle, but I just don't think that's going to happen.

You tell me if any of the acquisitions on my wish list are feasible or if you have better ideas. I'm all ears...