The Tampa Bay Rays will open Tropicana Field for "limited and mostly individual player workouts," per Marc Topkin of the Tampa Bay Times.

Topkin outlined some of the restrictions that players will face:

"Players will be limited to using the field for playing catch, running and other cardio exercises and some light weight work. They initially will not be allowed to throw off the mounds, hit in the batting cages or go into the weight room or clubhouse, though those restrictions could be loosened over the next few weeks as the Rays take a cautious approach."

Furthermore, only members of the 40-man roster are allowed at the field. Workouts will be done in small groups with social distancing rules enacted.

The beginning of the 2020 MLB season, which was scheduled for March 26, has been delayed because of the COVID-19 pandemic.

However, the door has been opened for pro sports to return in Florida, with Governor Ron DeSantis saying the following in a press conference last Wednesday: "All professional sports are welcome here for practicing and for playing. What I would tell commissioners of leagues is, if you have a team in an area where they just won't let them operate, we'll find a place for you here in the state of Florida."

Elsewhere, new Tampa Bay Buccaneers quarterback Tom Brady organized an informal practice session with some of his teammates at a high school field on Tuesday for a two-hour workout, per Joey Knight and Rick Stroud of the Tampa Bay Times.

And Shams Charania and Sam Amick of The Athletic reported Wednesday that Walt Disney World in Orlando, Florida, is the "clear front-runner" to hold NBA games if and when the league returns this year, with an eye toward a mid-July comeback. 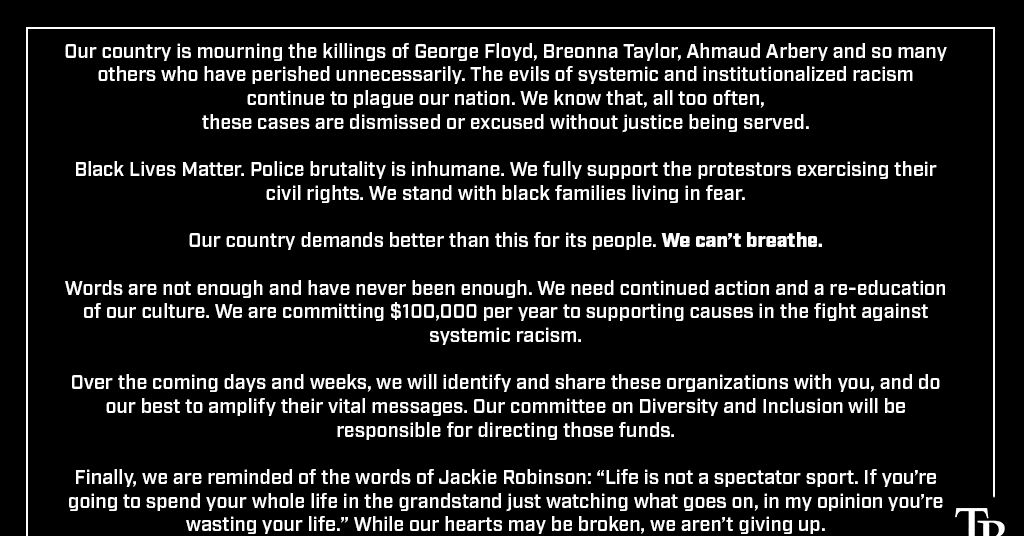 Tampa Bay Rays Editorial: Even a 50-Game Season is Worth Playing

Tampa Bay Rays Editorial: Even a 50-Game Season is Worth Playing