The Kid from Akron passes the leader of the Bad Boys. Congrats, @KingJames! https://t.co/KHz4G5uyvv

Congrats to @KingJames of the @Lakers for moving up to 8th on the all-time ASSISTS list! #LakeShow https://t.co/sK0YRLC8pv

James talked about the feat after the game, per Rodrigo Azurmendi of NBA.com:

"One of the best point guards this game has ever seen. And one of the toughest as well. Just his upbringing, coming from Chicago, doing the things he was able to do on the floor. From Indiana going to the Bad Boys in Detroit, just setting the tone for what he wanted his career to be...Anytime I'm linked with the greats, and 'Zeke being one of those, it's just an honor, and I think back to my childhood and where I'm from."

James had already reshuffled the list this season, bypassing Gary Payton during a 111-104 loss to the Milwaukee Bucks on Dec. 19:

The @Lakers LeBron James has passed Gary Payton and is now ninth all time in career assists. James is the only player to rank in the top 10 in both career points and career assists.

The three-time NBA champion, whose most recent title came with the Cavaliers in 2016, leads the Lakers with 10.7 assists per game.

KCP Calls Lakers ‘Hell of a Team’ After Road Win vs. Rockets 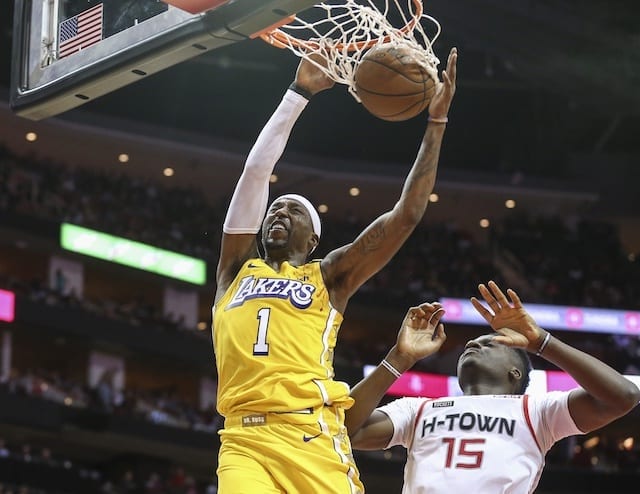 KCP Calls Lakers ‘Hell of a Team’ After Road Win vs. Rockets