Kawhi Leonard had nothing left to prove, and then he went and found himself a new challenge anyway.

So as he returns Wednesday to face the Toronto Raptors team with whom he won a ring and collected a Finals MVP award with one of the most dominant postseason runs of all time, it's worth appreciating how Leonard didn't act as if his 2019 achievement was a career capstone. Now paired with Paul George, his first in-prime superstar teammate, Leonard's brief and absurdly successful Raptors tenure might be better viewed as the second leg of a unique three-phase cycle.

Leonard won his first ring with the 2013-14 San Antonio Spurs as a role player. A high-end role player, to be sure—one that, with the benefit of hindsight and advanced metrics, may have been better termed a star. But those Spurs teams still belonged to Tim Duncan, Tony Parker and Manu Ginobili. Duncan and Parker finished tied for 12th in MVP voting that season, while Leonard defended at an elite level, averaged the third-most shots on the team and wasn't even a fringe consideration for the season's highest individual award.

He did lead San Antonio in regular-season box plus/minus and win Finals MVP, which might make it seem like he was that team's best player. But in terms of clout, role and spot in the team's overall pecking order, those champion Spurs didn't belong to Leonard in the way most title-winning teams organize themselves around an alpha.

With what we've seen since then, it seems fair to say that Leonard's first Finals MVP was a sign of the kind of player he'd become.

As the decade progressed, Leonard's ascent coincided with the declines of San Antonio's veteran greats. By 2015-16, he was a superstar, finishing second in MVP voting. LaMarcus Aldridge joined the team that year, but he wasn't anywhere near Leonard's level, finishing with a box plus/minus of 1.8 that paled in comparison to Leonard's 8.1.

In 2016-17, Leonard was again San Antonio's lone top-tier talent, finishing third in MVP voting. Had Zaza Pachulia not stepped underneath Leonard's left foot in Game 1 of the Western Conference Finals—with the Spurs up 20-plus points on the Golden State Warriors at the time—Leonard perhaps would have collected his first title as an alpha two seasons sooner.

He got that done with the 2019 Raptors, leading a a collection of high-quality talents, many of whom had been All-Stars in the past (and Pascal Siakam, who would become one in short order) to a ring with a Herculean postseason performance that culminated in his second championship and a no-questions-asked Finals MVP.

Again, that ring would have made for a fine career-capper. Leonard had completed the transformation from raw prospect to overqualified support piece to unquestioned superstar.

But in July, he left the Raptors and initiated a power-play sequence that produced multiple high-profile trades and upended several teams' rosters, ending with Paul George, his hand-picked running mate, joining him with the Los Angeles Clippers.

Now, you might look at that decision and say it's evidence of Leonard recognizing the need for top-flight help after never having a true peer in the superstar phase of his career. You could even say it was an acknowledgment that it takes two top-10 players to win these days—although Leonard proved that wasn't true a month before teaming with George.

But it feels wrong to say Leonard's deliberate maneuvering was a search for the easy way out. Because while it's true that George, last year's No. 3 finisher in MVP voting, can share the superstar load more ably than anyone with whom Leonard's ever played, team-ups of this magnitude are almost always fraught.

Leonard effectively chose the pressure, ill will and potential for disappointment that comes with opting into the superteam framework. He made this Clippers thing happen. He welcomed this new phase—and this new opportunity for failure—when he could have stuck with the Raptors, been a national hero and skated by with nowhere near the expectations he'll face now.

Ask LeBron James' Heat or anyone on the Stephen Curry-Kevin Durant Warriors: When stars align, they wind up in everyone's sights.

Despite a sample limited by Leonard's load management and George's late start (because of a pair of offseason shoulder surgeries), things are going well.

The Clips are deep, balanced and well built to accommodate a pair of deservingly ball-dominant wings.

Leonard has made adjustments, trimming his isolation frequency from 16.5 percent of plays to 12.4 percent while losing virtually none of his efficiency and significantly upping his usage as a pick-and-roll ball-handler. That play-type tweak makes perfect sense alongside George, who's capable of scoring in just as many ways as Leonard is, but whose mid-career development into a knockdown three-point shooter makes him the type of off-ball weapon Leonard would be wise to feed.

Leonard has assisted 10 George buckets in the nine games they've played together so far, but his ability to dime up everyone else is the best evidence of his adaptation to this new two-star arrangement.

After topping out at 3.8 assists per 36 minutes with the 2016-17 Spurs, Leonard is up to a career-high 6.0 helpers per 36 minutes with the Clippers, who head into Toronto at 16-7 with a sparkling plus-6.6 net rating. That number is plus-12.9 when Leonard and George share the floor, better than the Milwaukee Bucks' league-leading full-season figure of 12.7.

Oh, and the Clips' stars have barely had time to practice together.

There's a lot of season left, but if the Clippers use these next few months to improve upon what's already a contender's statistical profile, Leonard will find himself on the brink of achieving something remarkable.

If Leonard were to play a major role in a third title for a third team, he'd set himself apart. But to do it like this, in three distinct phases as a role player, a singular star and then while effectively coexisting with another—he'd become truly unique. The sheer thoroughness of it all would be overwhelming.

There's more than one way to contribute to a winner, and Leonard may become the first player to master all of them.

Ian Begley from SNY joins “The Full 48 with Howard Beck” to discuss David Fizdale and the New York Knicks! 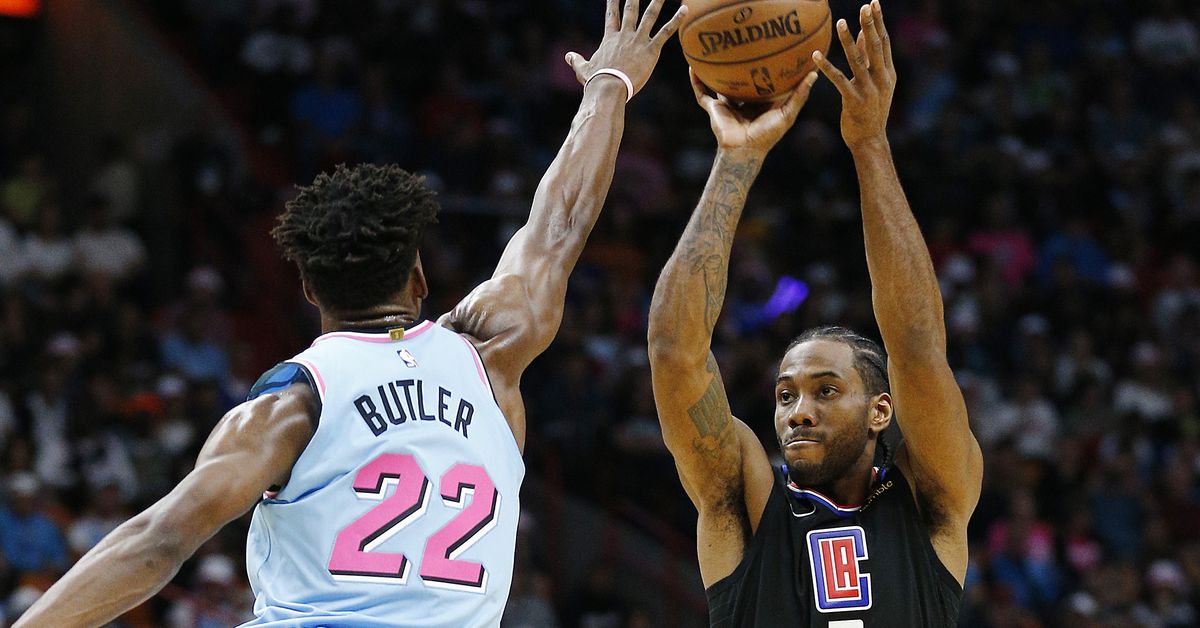