Brooklyn Nets point guard Kyrie Irving will miss Saturday night's road game against the Chicago Bulls because of a right shoulder impingement. No timetable was provided for his return to the lineup.

Nets announce Kyrie Irving is out for tonight’s game against the Bulls. Irving has been battling a right shoulder impingement over the past 2 games.

Irving signed with the Nets in July as part of an offseason roster overhaul that included the addition of fellow superstar Kevin Durant. His resume includes an NBA title, six All-Star Game selections and the NBA Rookie of the Year Award from stints with the Cleveland Cavaliers and Boston Celtics.

The 27-year-old Duke product has dealt with numerous injuries throughout his career that have kept him to fewer than 70 games in five of his first eight seasons. He suffered a facial fracture in a September pickup game and aggravated the injury in his preseason debut for the Nets.

Spencer Dinwiddie should get a vast majority of the playing time at the point when Irving is sidelined this season. There could also be more opportunities for Garrett Temple and David Nwaba to make an impact within the backcourt rotation.

This is a transition year for Brooklyn with Durant likely to miss the entire campaign because of a ruptured Achilles suffered during the 2019 NBA Finals. The team is probably going to play it safe with its starting point guard to ensure it's at full strength to enter championship contention in the future. 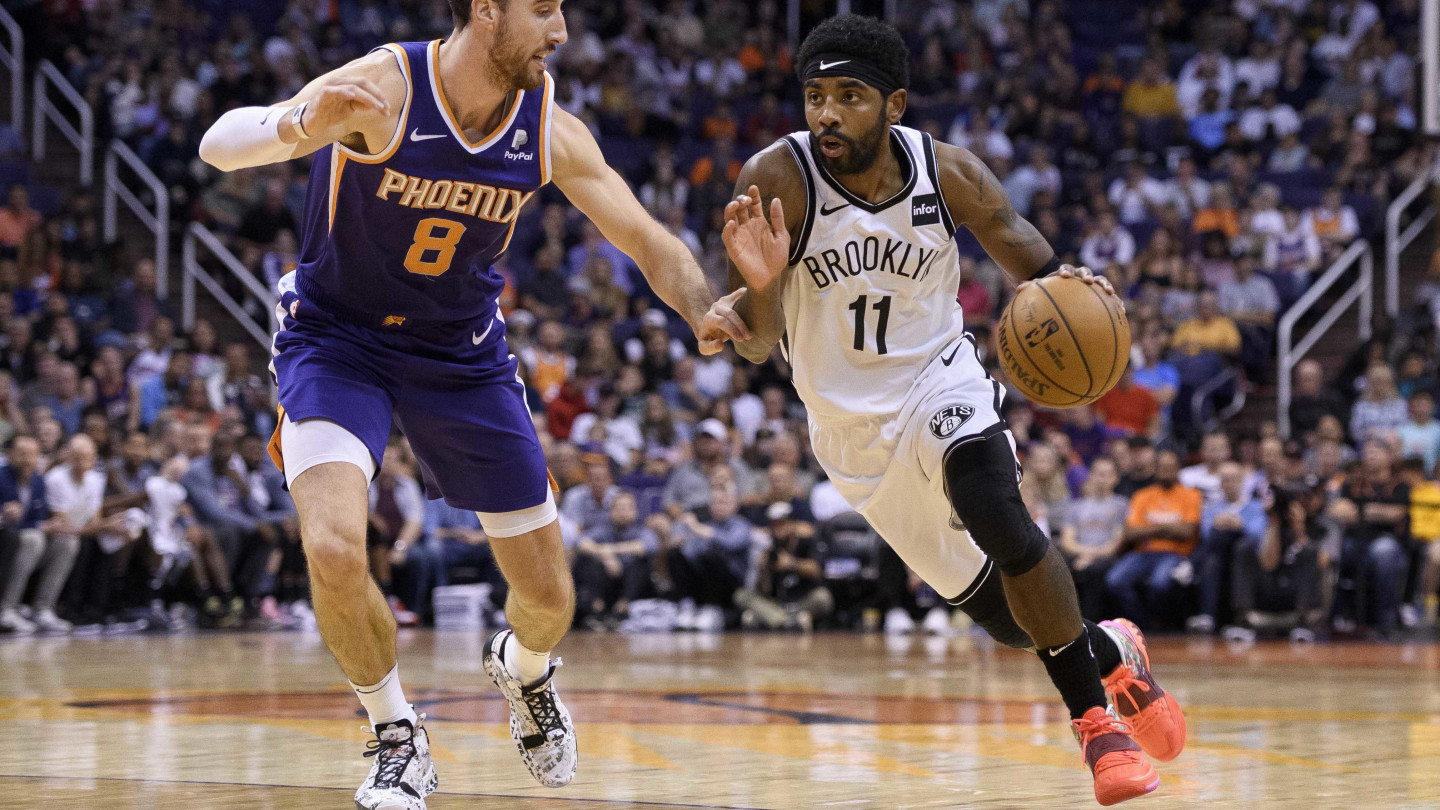