Just when you thought you knew everything about the dynamic between Kobe Bryant and Shaquille O'Neal, another detail surfaced to shed light on how the two legends were occasionally at odds on the court.

During the Kanell and Bell podcast, Raja Bell relayed an anecdote from when he played with O'Neal on the Phoenix Suns. Gordan Giricek was a member of the 2007-08 squad and apparently had a penchant for shooting excessively. That's when Shaq took matters into his own hands and used a strategy he had applied to Bryant.

"But Shaq started saying, 'Hey guys, this is the symbol (twitches thumbs downward). When I give you this, Gordan doesn't get the ball anymore.' And I'm like, 'Dude, what is the background on that...where'd you come up with that?'," Bell said.

"And he was like, 'When Kobe was young, he would be going in and just trying to get 'em, so the rest of us had a universal kind of code that if we looked at each other and went (gives signal) then that meant Kobe didn't get the ball anymore.'"

O'Neal, 47, and Bryant, 41, won three straight titles during their eight seasons together in Los Angeles but weren't always the best of friends. Things came to a head in 2004 when Shaq demanded and received a trade from the Lakers.

With both of their playing careers over, they've largely moved on from their rivalry. However, that didn't stop Kobe from taking a slight dig toward the Hall of Fame center. He said in an interview with Valuetainment he "would've had 12 f--king rings" if O'Neal had worked harder to stay in shape, which prompted an equally pointed response (warning: contains profanity): 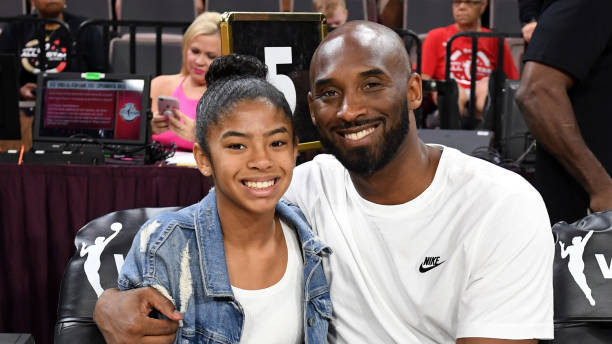 Kobe says Shaq could’ve been the greatest player of all time if he had stayed in shape and they could’ve won 12 rings (🎥 @ValuetainmentTV ) https://t.co/TNsFBS6SnD

Bryant extended an olive branch on Twitter, which O'Neal accepted—but not without getting in a shot at Dwight Howard:

@kobebryant It’s all good bro, when I saw the interview, I thought you were talking about Dwite, is that how u spell his name lol

Kobe and Shaq have little to gain from relitigating their old feud, and it ultimately won't change much regarding the perception of their respective legacies. It's only a matter of time before Bryant joins O'Neal in the Naismith Basketball Hall of Fame.

But Bell's comments show there's likely still even more to the story from their time together in L.A.