The Los Angeles Clippers reportedly have a "grand plan" of signing Kevin Durant and Kawhi Leonard in free agency this summer, according to Sam Amick of The Athletic, though "a source with knowledge of that situation deemed the notion of them landing [Anthony] Davis as unlikely."

The Clippers have been accumulating the sort of assets to make a Davis trade possible, and Davis has even listed the Clippers as one of the teams where he'd consider signing a long-term extension. With a stacked free-agency class, though, the Clippers have options.

Per that report, the organization has tunnel vision when it comes to Durant and Leonard:

"Sources say Philadelphia's Jimmy Butler is not expected to be a top-tier target, and he may not be one at all. From there, players like Kyrie Irving (Boston/New York) and Kemba Walker (Charlotte/New York) have been informally tied to other situations far more than they have the Clippers. This is no state secret: It has been Durant and Leonard—and then everyone else—for quite some time now."

The Clippers will face major competition, of course. Amick noted that "there's still an overwhelming sense around the league that Durant is destined to sign with the Knicks," while the Golden State Warriors and Los Angeles Lakers will make their pitches.

If the Warriors win a third straight title with Durant in the fold, he may choose to keep together one of the league's most talented dynasties. 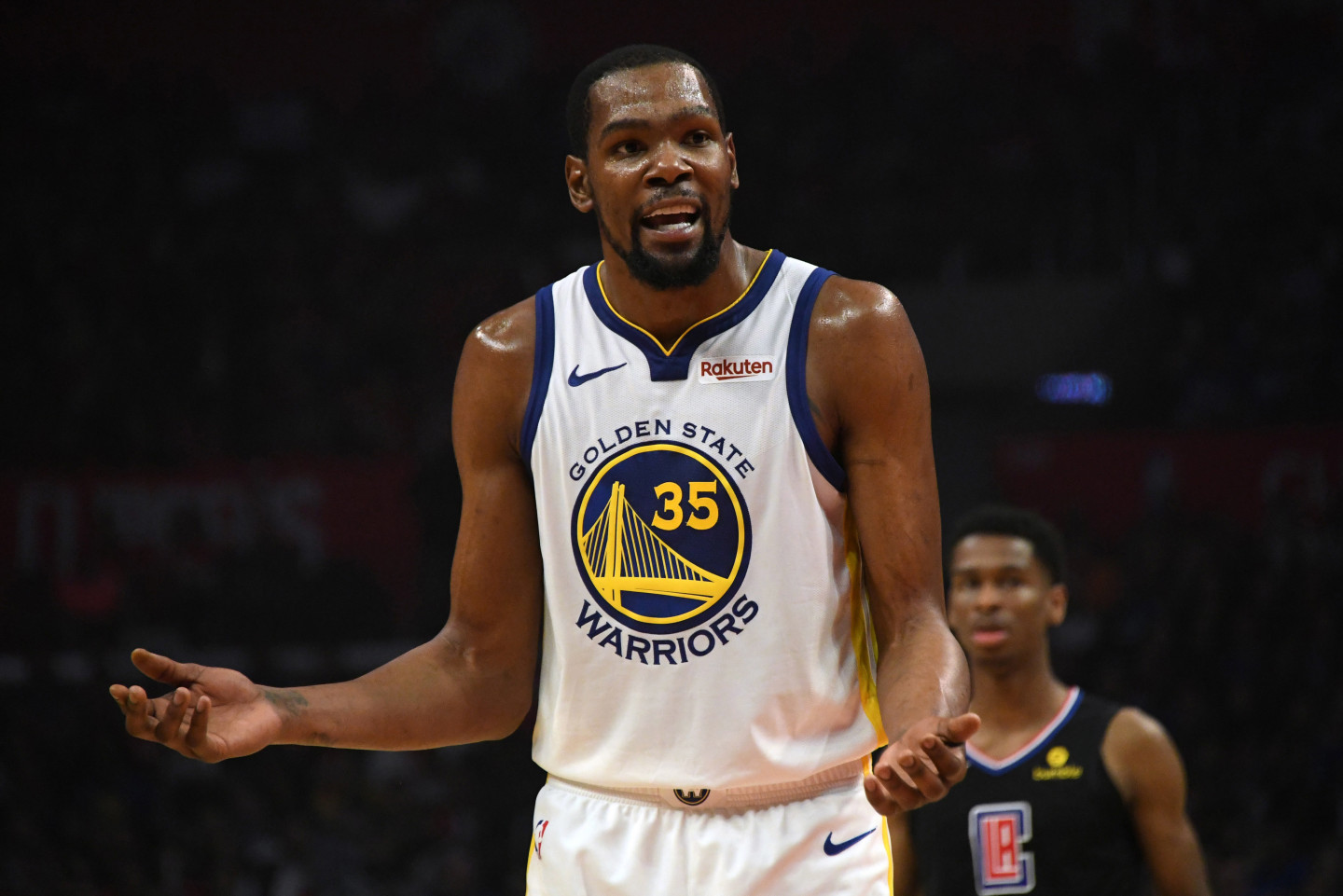 Plus, there's always the threat that Leonard could choose to remain with the Toronto Raptors if they make a deep run in the postseason this year. The Raptors have built a deep roster around Leonard and are a true contender, even as the Milwaukee Bucks, Philadelphia 76ers and Boston Celtics all pose a major threat.

Plus, the Clippers will still need to do some clever bookkeeping. As Amick wrote, the Clippers can currently free up around $53.19 million in cap space, which isn't enough for two max players like Durant and Leonard.

But if the Clippers can clear that space and convince the duo to join forces, they will instantly be a top contender. Durant is arguably the game's best offensive player, averaging 27.4 PPG, 7.1 RPG and 6.0 APG while shooting 37.2 percent from three.

And Leonard is arguably the game's best two-way player, giving the Raptors 27.3 PPG, 7.9 RPG and stifling defense. Putting those two together at the 3 and 4 would instantly give the Clippers the best frontcourt in the NBA.

It might be a long shot, but it's a dream worth pursuing. For all of the buzz surrounding the Lakers since LeBron James landed in Los Angeles, it might be the Clippers who are the darlings of free agency this summer.