Whenever a starting quarterback gets injured these days, we cycle through the same battery of emotions:

We catapulted through those emotions quickly Thursday after Deshaun Watson tore his ACL during a routine practice: The odds-on favorite for Rookie of the Year, gone in a midweek flash? (SHOCK). Darn it. We were just learning to appreciate both his game and his potential. (GRIEF). Now Texans-Colts is Tom Savage vs. Jacoby Brissett, the NFL equivalent of watching paint dry (DEPRESSION). But maybe the Texans will (HOPE)…no, they signed Matt McGloin because he "knows the system" from his one season with Bill O'Brien at Penn State (ANGER).

So here comes the column, and I will keep it as brief and simple as possible.

The NFL is blackballing Colin Kaepernick. It is systematically preventing a highly qualified individual from pursuing his career for political reasons. It is denying fans the best possible entertainment experience, and teams that need quality quarterbacks but sign randos are not making the best possible effort to win a Super Bowl.

And they aren't even pretending to hide it anymore.

Maybe what the NFL is doing is not technically collusion. Maybe it is. But it is a clear violation of its own goals and its relationship with its audience.

The fact that Bob McNair and the Texans did not even consider Kaepernick in the wake of McNair's inmates-running-the-prison remarks shows how little NFL owners care about the optics of the Kaepernick situation.

In the wake of his remarks and his pathetic I wasn't talking about you apology, McNair needs a scrap of public relations to make him sound like something other than those remarks conveyed.

So maybe he might consider a whispered back-channel overture toward the league's designated pariah, who might smell a publicity rat trap and decline, or might show up for a meeting that ends with a shrugging it wasn't the right fit but give us kudos for trying.

Nope. Kaepernick didn't even merit token workouts. Meanwhile, McGloin got snapped up in minutes after the Watson injury, as multiple sources reported. The O'Brien-Penn State connection was enough of a "football reason" for a guy who throws like a coaching assistant (I got to see a lot of him in Eagles camp in the offseason) to get an immediate job, while a player who came within a few goal-line plays of winning a Super Bowl doesn't even merit a phone call.

The timbre of the Kaepernick conversation has changed in recent weeks, even as the NFL itself has made soothing sounds to players about protests during the anthem and the social justice causes they represent.

Packers head coach Mike McCarthy was noticeably snippy when Kaepernick's name came up after the Aaron Rodgers injury a few weeks ago. He then tossed the supposedly well-prepared Brett Hundley on the field to have a glorified panic attack against the Saints. Now the Texans can't bother to pay lip service to the lip service.

We've come a long way from when the Seahawks had actual football conversations with Kaepernick's people in May and Ravens owner Steve Bisciotti prayed for guidance after Joe Flacco's preseason injury, but it's been in the wrong direction. At this rate, mention of the name "Kaepernick" will result in revoked media credentials by December.

It's easy to blame a certain political figure for all of this. NFL owners, players and the league office can close ranks when the president calls players sons of bitches en masse. It's different when only one team draws the fire, which is what will happen if any team signs the one NFL protester the president actually knows by name. Sign Kaepernick, and the POTUS unleashes his full fury on your team, ginning up a not-insignificant contingent of local fans while frightening local legislators and sponsors.

That's certainly a deterrent. But it doesn't explain the palpably hostile obstinance with which teams now reject Kaepernick. There's something else going on.

Coaches and general managers have swaddled themselves in the security blanket of citing "football reasons" for not signing Kaepernick for so long that they have lost touch with reality.

From free agency through the start of training camp, there was some baseline merit to the "football reasons." Kaepernick doesn't fit all systems and payrolls. Sure, he was better than anyone on the Broncos, Jets or Browns rosters from the moment those rosters were set, but each team could cite logic for going in a different quarterbacking direction that was more convincing than "our owner made a lot of campaign contributions to…"

Now that quarterbacks around the league have gotten hurt or proved woefully ineffective, the football arguments are silly.

It was ridiculous to claim that the scrambling Kaepernick was not a good system fit behind the scrambling Marcus Mariota in the Titans' option-heavy offense. It's outrageous for the Broncos to play Quarterback Roulette with try-hards and cost-sinks while pretending there is no quarterback on the market who has led a defense-first team to a Super Bowl.

It's absurd for the Texans to lose the brightest young star in the league and then say Welp, sorry fans, but there's no one out there who can improvise and make things happen the way Watson did. Hope you enjoyed the World Series.

But the football people keeping making their "football decisions," because it's convenient for them to think and act that way: The owner isn't going to call a closed-door meeting because the team signed McGloin. And the league's distraction-phobes still haven't figured out that Kaepernick is only a distraction because he is unemployed and will only remain a story once signed if he wins games.

If the ratings fall because the quarterbacks stink, it will be blamed on the protests, which apparently also now impact the pizza industry. No one will blame their own bad decisions for any lost revenues. And no one will suffer any consequences, at least until Kaepernick's pesky collusion case, which is still far off on the horizon.

A collusion suit in the far-distant future is a lousy thing to root for, anyway. We're supposed to be rooting for football games, teams and players. But the owners have decided to make that far harder than it has to be.

We won't get to watch Watson anymore this season. Sad, but injuries happen.

We'll be forced to watch Savage and other mediocrities. That's part of the game, if (and only if) they are the best quarterbacks available.

We won't get to watch Kaepernick. It's unjust, unfair and just bad business. It will lead to afternoons of boring, frustrating football.

But that's the reality we live in, so we might as well accept it.

Biggest Looming Decision for the Texans 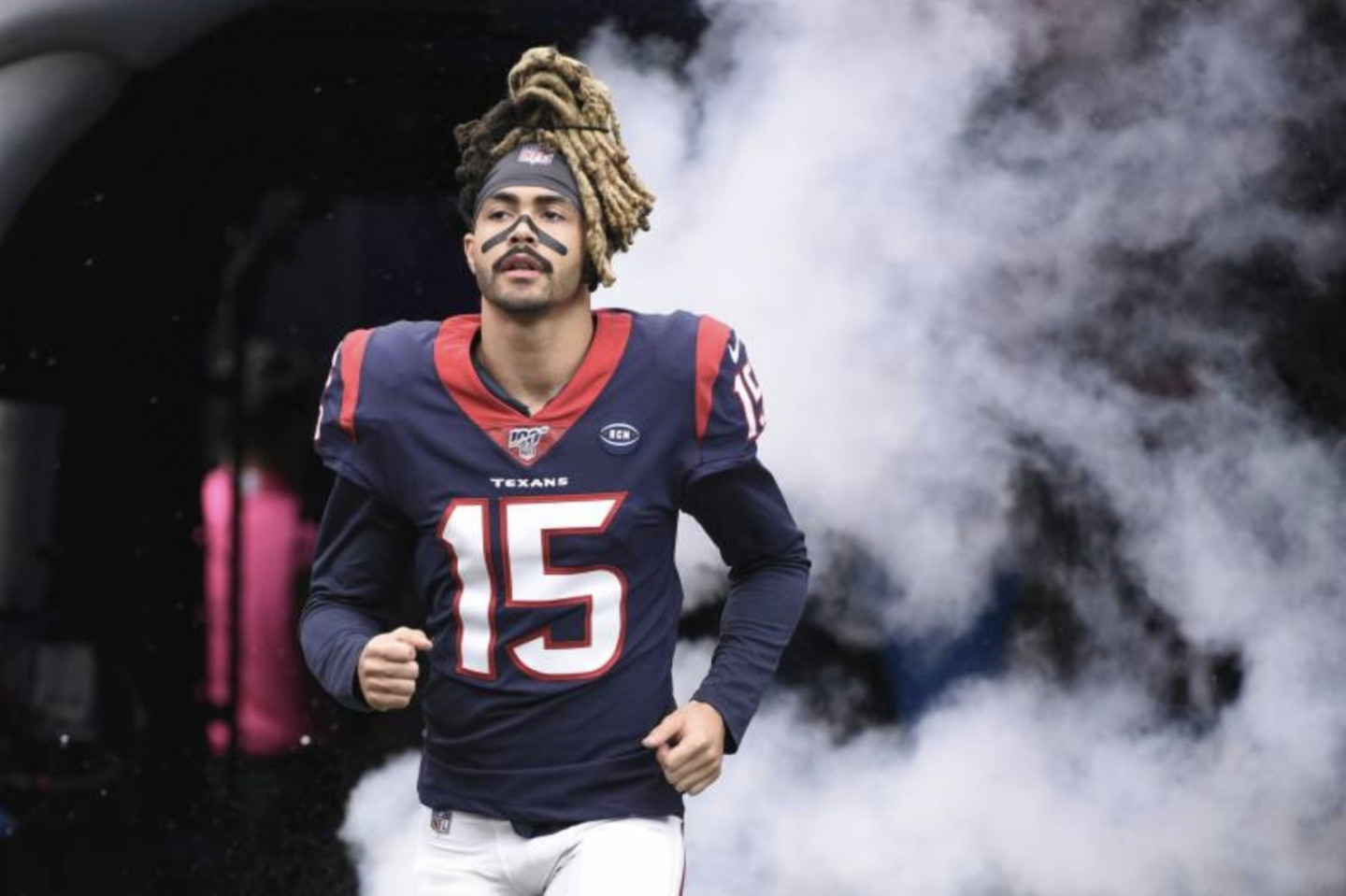 Biggest Looming Decision for the Texans 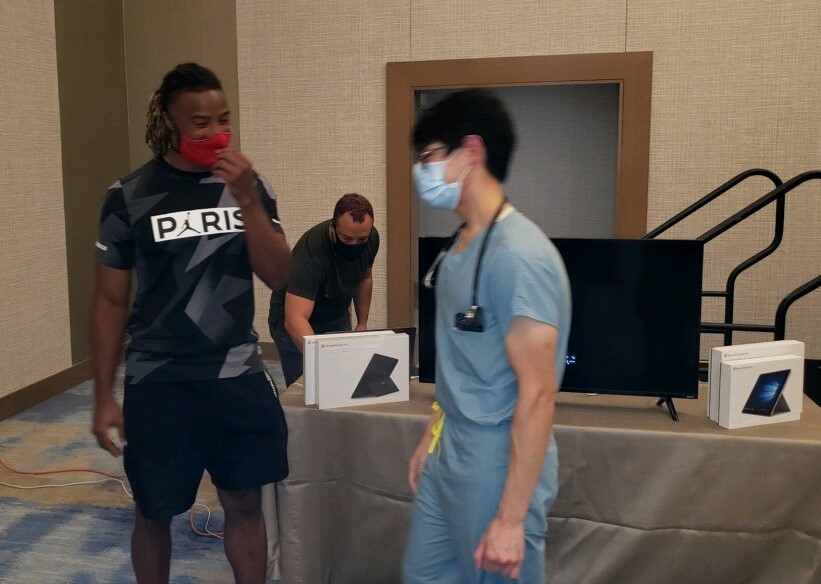