Franchise quarterback Derek Carr is out with a broken fibula, and NFL Media's Ian Rapoport reported Tuesday morning backup Matt McGloin is "not believed to be ready" after he injured his left shoulder in Week 17.

But McGloin's lack of availability could work as a blessing in disguise for the Raiders, who are better off with the talented and mysterious Cook under center as they embark on a nothing-to-lose playoff run.

It's scary not knowing what to expect. With McGloin, you generally knew what you were getting. With Cook, not so much.

But this way, a very good Texans defense also doesn't know exactly what to expect.

McGloin is on plenty of tape; Cook is not. And that surprise element can't be overlooked.

McGloin has taken 493 snaps in the NFL, all of which would have been viewed by Texans defensive coordinator Romeo Crennel before Houston started practicing this week. The league's top-rated defense would have had plenty to work with in preparation for a matchup with a career backup who has thrown 11 touchdown passes and 11 interceptions and lost six of his seven starts.

Instead, Crennel and Co. have to rely primarily on college tape in order to get a feel for Cook, who spent virtually the entire season holding a tablet before throwing the first 21 passes of his NFL career in place of the injured McGloin last week.

Don't think the element of surprise is a factor? Look at Dak Prescott's rookie season. The Dallas Cowboys' fourth-round pick wasn't supposed to play in 2016, but an injury to regular starter Tony Romo forced him into the lineup, and he posted the highest rookie passer rating in NFL history.

Look at Carson Wentz, who also wasn't expected to start as a rookie in Philadelphia until the Eagles traded Sam Bradford on the eve of the regular season. With opposing defenses unaware of what to expect, the North Dakota State product went 3-1 with seven touchdown tosses, only one interception and a 103.5 passer rating in his first four NFL starts.

It's a thing. It's not a guarantee, but it helps that the Raiders are already equipped with an offensive line Pro Football Focus ranked second in the NFL in pass-blocking efficiency. They've also got two top-notch receivers in Amari Cooper and Michael Crabtree, two capable backs in Latavius Murray and Jalen Richard and a defense that can change games with playmaking pass-rusher Khalil Mack.

Cook could bomb, just as Los Angeles Rams rookie Jared Goff did when thrown to the wolves this season, and just as Blake Bortles did when he had a 4-to-10 touchdown-to-interception ratio and a 66.4 passer rating in his first five starts with the Jacksonville Jaguars in 2014.

But unlike those guys—and like Prescott, Wentz, Roethlisberger and Bulger—Cook is well-supported by a highly talented team.

So it's possible Cook's surprise start could have been timed perfectly, and he will pounce on unsuspecting opponents in January rather than September or October.

That's the best-case scenario, and it still might not be enough to get the Raiders past the New England Patriots or Kansas City Chiefs in the divisional playoffs, but does anybody believe McGloin gives them a better chance?

If you're probably damned either way, you might as well see if you've got a secret weapon in your arsenal.

Matt McGloin is Matt McGloin. Undrafted in 2013. According to Levi Damien of Silver and Blake Pride, former Raiders head coach Dennis Allen called McGloin a "camp arm" when he entered the league. Per PFF, only one of his 43 completions in the last three seasons has come on a pass that traveled 20 or more yards. Among the 63 quarterbacks who have thrown at least 250 passes the last four years, he ranks 53rd with a passer rating of 75.3. That's Zach Mettenberger/Johnny Manziel territory.

Connor Cook? He's a former Rose Bowl MVP. First-team All-Big Ten in 2015. Had 71 touchdowns and only 22 picks during his four years at Michigan State. He was a fourth-round pick, taken 35 slots ahead of Prescott. But let's not forget he was once viewed as a potential first-rounder. In November 2014, Bleacher Report's Matt Miller and Sports Illustrated's Chris Burke projected he'd be a top-15 selection.

And Cook already has a completion on a pass that traveled 20 or more yards—a beautiful 32-yard touchdown strike to Cooper on Sunday in Denver.

Cook might not be their savior, but the Raiders would be better off crashing and burning with him at the helm. That way, they won't be left wondering about the height of his ceiling while they watch the rest of the playoffs from home. 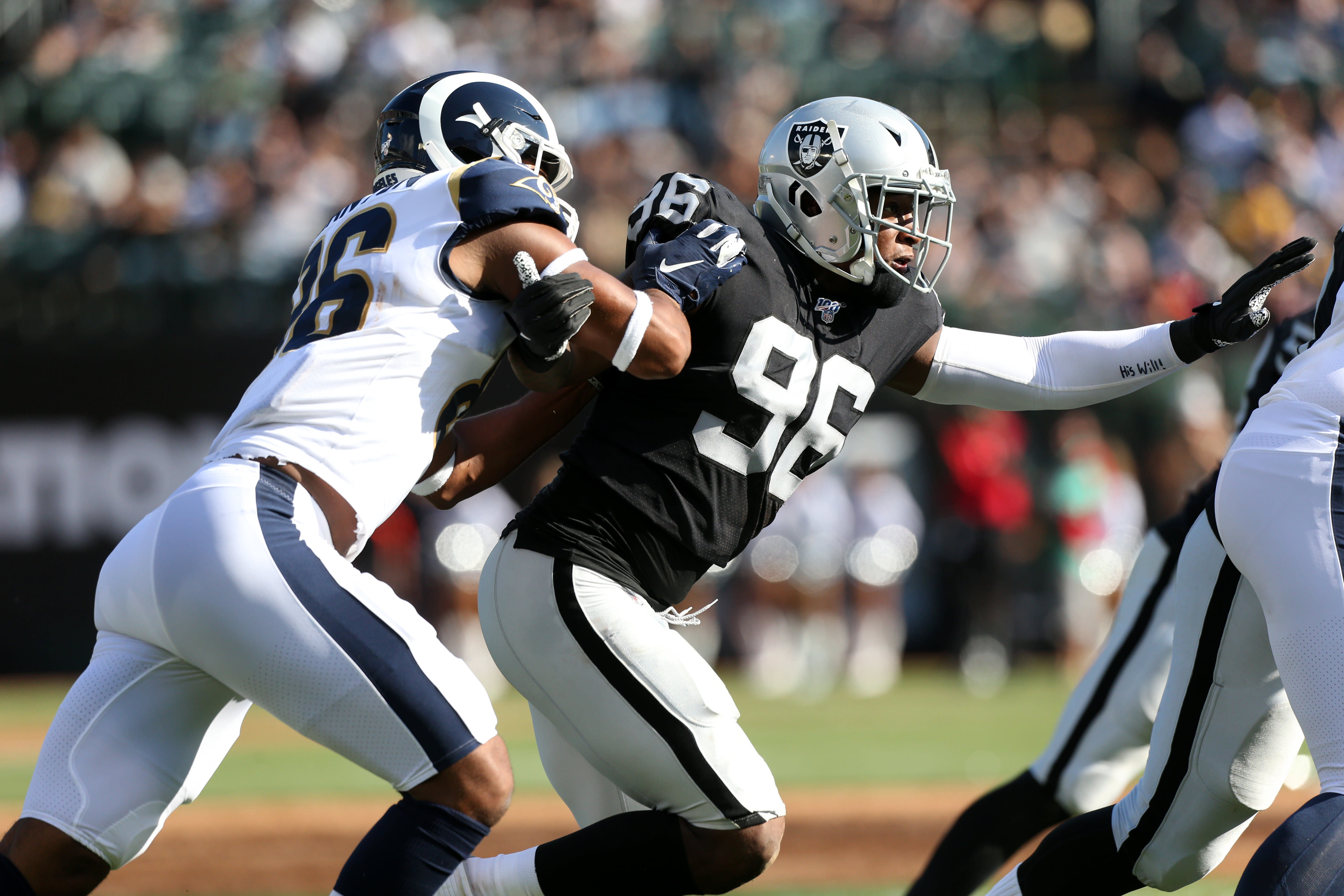