All good things must come to an end at some point.

After spending the first 14 years of his career with the Indianapolis Colts, Reggie Wayne has been forced to move on. The veteran wide receiver agreed to a one-year deal with the New England Patriots on Monday, according to ESPN's Adam Schefter. The team announced the deal Tuesday.

Ian Rapoport of NFL Network reported Wayne signed a one-year deal worth up to $3 million with incentives, with $500,000 up front.

"My main thing is I want to play football," Wayne said on Tuesday, per Mark Daniels of the Providence Journal. "I want to win. I felt like this was the best place. I'm excited... I'm sitting at my locker cramming."

“Oh yeah, there were a lot of serious calls from some good teams," Wayne said per Mike Reiss of ESPN. "Felt like this was the best place."

Wayne went on to say he always had a mutual respect with Patriots head coach Bill Belichick while playing for the Colts, per Kevin Duffy of Mass Live. The wideout added he never really thought about retiring, and had been working out since May in anticipation of signing, per Daniels.

With Wayne's number taken by Rob Gronkowski, the wideout will wear No. 15 during his Patriots tenure, via Mark Daniels of the Providence Journal.

Josina Anderson of ESPN reported Wayne considered waiting for the Green Bay Packers in the wake of Jordy Nelson's knee injury, but the team "did not confirm interest" prior to the wideout's deal in New England.

Wayne is leaving behind a legacy with the Colts as one of the best wide receivers in franchise history. He's second to only Marvin Harrison in all-time receptions and receiving yards.

He almost certainly would've surpassed Harrison in 2015, but it wasn't to be. It's not like doing so would have mattered much in terms of his legacy with the organization—he's already done plenty.

After inking the veteran wideout, head coach Bill Belichick commented on his arrival, via Mike Reiss of ESPN:

Seeing Wayne in a uniform other than the Colts' will be a jarring visual at first, much like when Jerry Rice joined the Oakland Raiders and then the Seattle Seahawks or when Cris Carter tried and failed to catch on with the Miami Dolphins.

Considering the Patriots are a long-standing rival of the Colts, the sight will be especially off-putting for Colts fans.

Kevin Duffy of MassLive.com, citing TheIndyChannel.com, passed along a statement Wayne made in December 2014:

Here is what Bill Belichick said about Reggie Wayne today, to @tomecurran on @DaleHolleyWEEI. http://t.co/eyprMUcarh

Colts wide receiver T.Y. Hilton said he talked with Wayne on Sunday night, and the veteran intimated he was "dead set" on playing one more season, per Zak Keefer of the Indianapolis Star.

In terms of an overall body of work, Wayne is among the best of his generation; however, Father Time spares no man, and Wayne has been showing noticeable signs of age recently.

Although there was that impressive 2012 season in which he caught 106 passes for 1,355 yards and five touchdowns, the last four years have been largely forgettable for him.

The 64 receptions and 779 receiving yards he had in 2014 were the fewest he's posted when playing in more than seven games since 2002.

Keefer wrote in January that Wayne's production seriously tailed off after he hurt his elbow in Week 7:

When it soured, though, it soured quickly. Wayne injured his left elbow in a Week 7 win over Cincinnati. After missing one game, he returned to play in every one the rest of the way. Problem was: He wasn't the same player. He caught just 17 balls over the final six weeks of the regular season and didn't score a single touchdown.

That elbow injury turned out to be a partially-torn triceps – he'll undergo surgery soon – and he aggravated his groin in a Week 17 win in Tennessee. On Monday, a day after his fourth postseason loss to New England, he showed up at the team's 56th Street facility to clean out his locker and enter the unknown of the offseason.

That was a year after a torn ACL limited Wayne to seven games in 2013. Once a model of consistency, he has now had one serious and another semi-serious injury in each of the last two seasons.

Still, when you keep in mind that he will turn 37 in November, his 2014 numbers weren't all that bad. In the right role, he should provide the Patriots with enough value to make this deal worth the gamble.

Wayne should help keep them a playoff contender in 2015, and after that, who knows what happens for the six-time Pro Bowler? Retirement cannot be too far in the offing.

NFL fans knew Wayne would be wearing different colors in 2015, but it will likely be a culture shock for Colts fans to see him don a Patriots uniform. 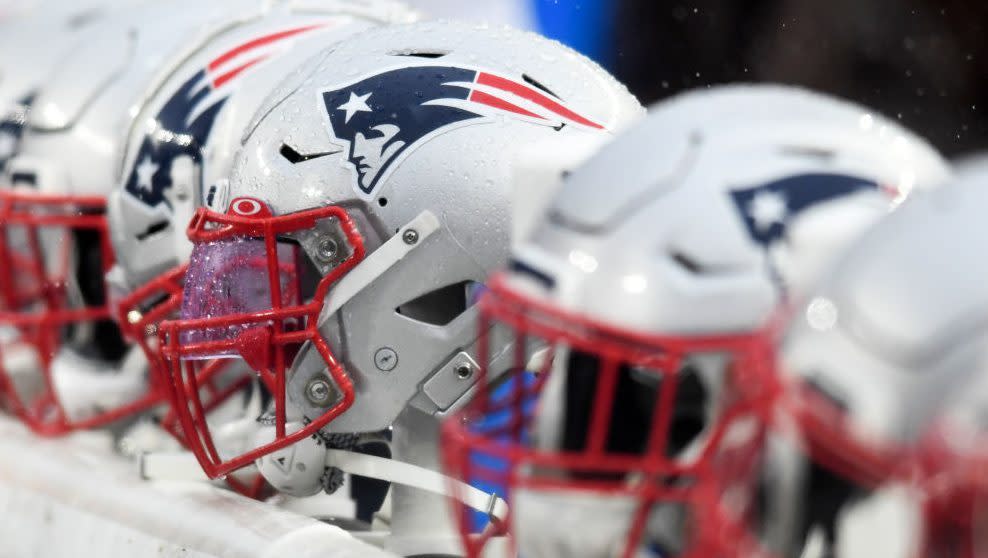