For those of you out there blaming home plate umpire Jerry Layne for the Rangers' loss in Game 7 of the 2011 World Series, keep reading. You're partially right.

Though you're mostly wrong.

Game 7 of the World Series looked every bit as exciting as Game 6 after the Rangers and Cardinals battled back and forth for the lead in the first inning.

As the contest advanced toward the bottom of the first inning, one of the quieter yet more routine and mundane elements of the game finally showed its face.

With two outs, none on and World Series MVP David Freese at the plate, Texas starter Matt Harrison threw a first-pitch cutter over the heart of home plate, belt high.

Yes, I am referring to a missed ball/strike call. It happens in every game: Every home plate umpire eventually misses a pitch.

In the ALCS, the Rangers were fortunate to experience a strike zone called by home plate umpire Jeff Nelson. He missed a grand total of two pitches the entire game, an umpiring rarity equivalent to the no-hitter, one walk short of a perfecto.

In the World Series, the Cardinals and Rangers played six games without undue influence from the home plate umpire. Layne was the plate umpire in Game 1 and, except for the question of a ninth inning Beltre foul ball, had no influence on the game whatsoever.

In the bottom of the fifth inning of the contest, the Cardinals loaded the bases, though they shouldn't have.

After a Ryan Theriot groundout to start the frame, Cardinals utility man Allen Craig walked on a 3-1 count.

One problem: Only two of the four called balls to Craig were actually located outside of the strike zone. Balls three and four were located over the heart of the plate and thigh high; they should have been ruled strikes.

Not so fast. The Rangers' troubles didn't end there.

With two outs and the bases now full of Redbirds, Cardinals catcher Yadier Molina stepped to the plate. After three balls and two strikes, all called correctly, Molina faced a 3-2 count in a one-run game.

Every player dreams of a 3-2, two-out at-bat in Game 7 of the World Series. They dream of RBI and confetti parades.

Umpires dream of 3-2, two-out at-bats in the deciding game of a championship, too. They dream of called third strikes, plays at the plate and, most importantly, getting the big call right.

Molina didn't swing the bat, and plate umpire Layne was left in the lurch to call a 3-2 sinker hovering in the pocket of Rangers catcher Mike Napoli's glove somewhere around the outside corner.

Unfortunately, Layne missed the call. It's an awfully pressure-filled impossible situation to be in, but not everyone gets the assignment to serve as World Series crew chief. Layne will be the first to say he missed it and should have gotten the call right.

In calling ball four to Molina, Craig came in to score from third base. Had the call been correct, the inning would have been over and no runs would have scored.

The Rangers then brought in C.J. Wilson, who promptly drilled Rafael Furcal with a heater. Add another run to the Cardinals' lead, although had Layne's call on Molina been correct, the inning would have been over.

As if to add insult to injury, Napoli stepped to the plate in the top of the sixth inning and took a 1-0 sinker for a called first strike. Replays indicate Napoli's strike call was located off the plate, several inches farther outside than Molina's ball call, which was, of course, located over the outside corner of home plate.

By game's end, plate umpire Jerry Layne had missed 17 calls, 14 of which benefited St. Louis while only three benefited the Rangers.

Some will say the fact that the Cardinals were 8-2 in the last 10 games in which their plate umpire was Layne might have something do with it.

Some will say it all went downhill in the fifth inning after Layne's missed call, and that's why Texas couldn't come back.

This could have been Texas... 24 hours agoDoug Pensinger/Getty Images

Truth be told, it is impossible to tell how much of an effect these variables might have or not have had on Game 7.

Truth be told, the Rangers were only able to muster two runs against St. Louis. Had the Rangers scored at least three runs, the case of blaming the umpire could be made.

But they didn't. And it can't.

Layne's misses were largely confined to the middle innings and didn't explain Carpenter's overall dominance, Kinsler's base-running blunder nor yet another case of Rangers bullpen-itis.

While Layne's strike zone was undoubtedly lopsided in favor of the Cardinals during Game 7, the Rangers lost because St. Louis played a better game and was the better team tonight.

The Rangers came into the game with great energy but could not sustain it for more than an inning.

The Rangers lost Game 7 because they could not beat St. Louis when they needed to.

They lost Game 7 because of history, because the last road team to win a Game 7 was the 1979 Pittsburgh Pirates.

They lost Game 7 because they failed to win Game 6 after multiple opportunities and four separate leads they could not keep.

They lost Game 7 because St. Louis had all the momentum, playing at home after a Game 6 miracle.

They lost because they missed out on home-field advantage for the second consecutive year, thanks to a silly rule with a motto of "This time it counts."

Blame their loss on any of these things, just don't blame their Game 7 loss solely on the umpire. 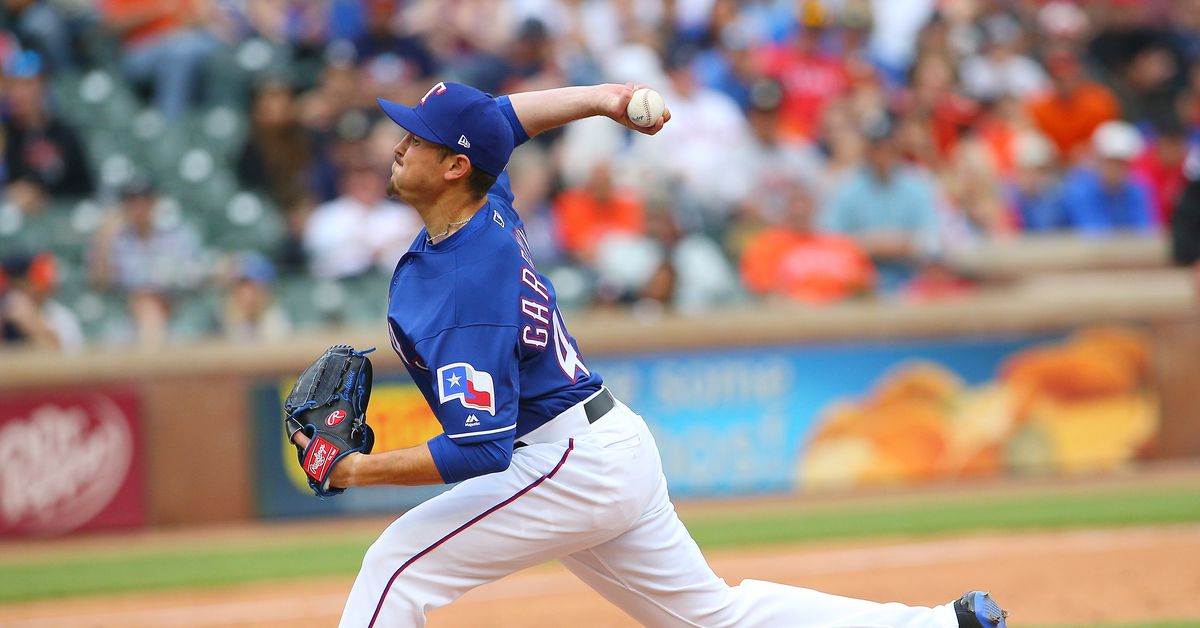