Los Angeles Lakers guard Danny Green is in a familiar position of trying to win a championship as the NBA heads into the season restart on Thursday.

Now in his 11th NBA season, Green has two titles on his resume with the San Antonio Spurs (2013-14) and Toronto Raptors (2018-19). He won those playing alongside Kawhi Leonard but may have to go through his former teammate in the postseason to capture a third championship.

Leading into the resumption of this season, Green sat down for a B/R AMA to answer questions about Leonard, playing on campus in the Orlando, Florida, area and many more topics. 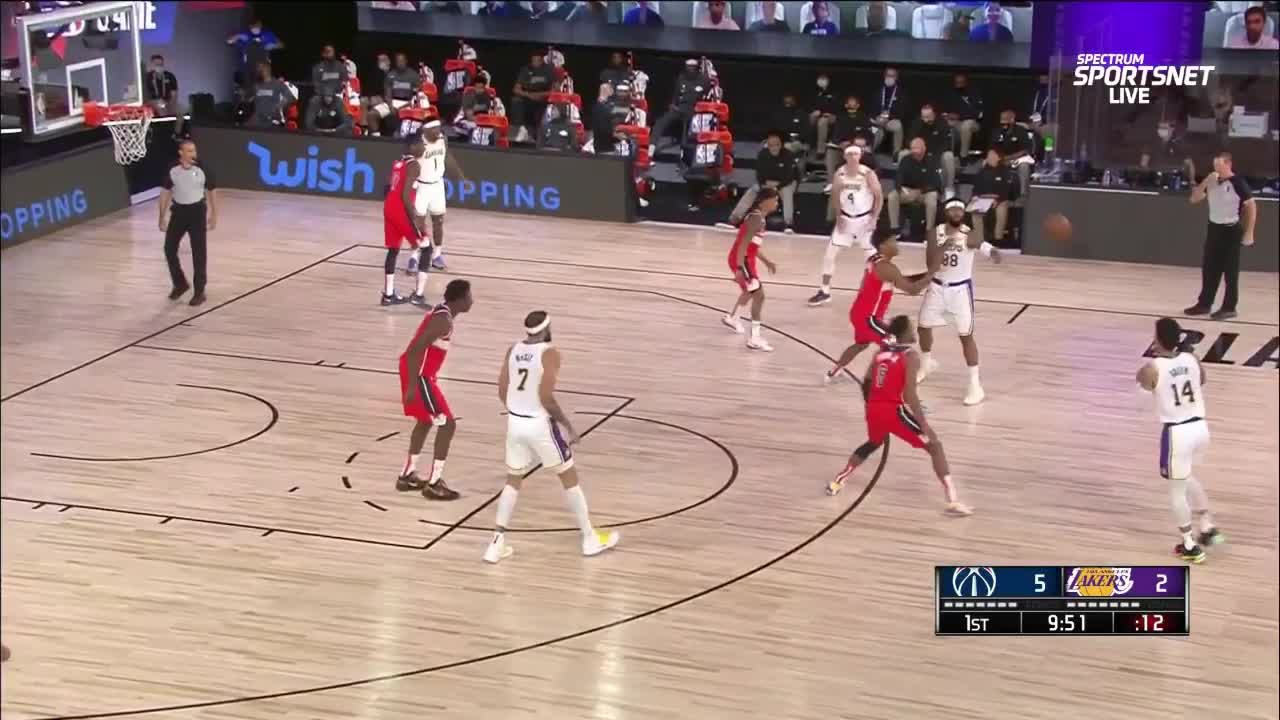 It depends on your definition of a fun guy. He does crack jokes. He is funny. People don't expect it. To himself, he's quiet, he does a lot with his family and closer friends, but people do enjoy his company.

@Not_KevinDurant: Favorite part about the bubble?

Spending time with my teammates and have a lot of me time. My podcast, I have been taking Spanish classes and taking more care of my body. Catching up on shows and things I like to dive into. It's good to have me time.

@SportFanBeast: Who is the NBA GOAT?

Different GOATs through different generations. I can't just pick one. So many guys throughout their primes have been a GOAT at some time. I would say [Michael Jordan] and [LeBron James] are the top two guys debate about the most, but many guys have changed the game.

@epic_games: What was your reaction when Kawhi hit that shot against the 76ers?

The same as everyone else. Ultra-shocked and excited. Everyone around the league other than Philly fans was excited. We had new life. It was a tough series. If we went to OT, I don't know how it would have went. When we were moving on, I realized it might be the year.

@Load_Manager: What is the difference between Coach Pop and Coach Nurse?

@Load_Manager: Who is your favorite player to play against?

I look forward to the top teams. For us, I enjoy playing the best teams in the league. I always love playing against the best. Kevin Durant, [Russell] Westbrook, [James] Harden, LeBron (when I didn't play with him), I love stacking up to see if I still have it to see if I can still guard those guys.

@Tajspeights: What matchup are you most looking forward to?

Lakers vs. Clippers because it's the first game. We have a lot of good teams on our regular season roster so we look forward to one game at a time. For the most part, the challenge is playing against ourselves to see if we can improve. A lot of the times, we lose because we beat ourselves.

A lot from my rookie year, you remember more. Being around Shaq [O'Neal] and LeBron and Delonte West were never dull moments. During that time, we had a ton of characters. Shaq had me pledging at the time, as we were doing rookie hazing. I had to greet people a certain way and make sure I had a lot of the stuff we needed. I had to do a lot for those guys. Shaq was a big bear and he liked to wrestle. A lot of the time, he would always end up messing with people.

@joshuaaa2: How is it playing with [Alex] Caruso?

Everyone loves AC. He's a younger plaster but he's coming into his own and working. He's sneaky athletic. Deceptive and strong. He has an athletic build and a high IQ that gives him the edge. He's not selfish and does things the right way.

@GoatedBaller: How did it feel like to win the title last year with Toronto?

Amazing. It's a surreal moment and hard to put into words. Winning a title is always special, but it's kind of one of those things that bring you a satisfactory relief where you feel you could go out as a happy man.

@Steve_Perrault: How much did you interact with Drake in your season with the Raptors?

We interacted quite a bit, especially during playoffs. Whenever he's around, we chop it up. I see him a few times in California, but as a Raptor he was always around. I thought Drake's courtside antics worked. Being in San Antonio, that wasn't something we encouraged, but in Toronto we were all for the way he was supporting us and at the same time it was kind of funny as well.

@just_in_time: Would you rather have Tim Duncan's longevity, LeBron's versatility, or Steph Curry's shot and why?

LeBron's versatility. I'm a shooter myself so I know what it's like to have a shot, but I would would love to have a different way of dominating with the size that Bron has. He can dominate in so many different ways.

@SkoogyDoo26: What was your reaction to being traded back when you were in San Antonio?

It was bittersweet. I was leaving a place I called home, but I looked at the positives. Toronto was a good organization in the East, closer to home in NY. It's also a great NBA city in the player circles. It was hard leaving, but I knew I would enjoy it.

@Steve_Perrault: What was your favorite part of that 2009 UNC team?

We had been together for a few years. We went to the Final Four the year before and lost to Kansas. I remember just celebrating with all our alumni there -- Antawn Jamison, Julius Peppers, a lot of guys showed up to celebrate with us.

Chick-Fil-A because I eat it more. Popeyes isn't as close to where I live.

Green joined the Lakers last offseason on a two-year contract. The 33-year-old has made a strong impact on the organization through his first 61 games played. He ranks second on the team with 1.9 three-pointers made per game and shoots 37.8 percent from behind the arc.

The Lakers will resume the season on Thursday against the Los Angeles Clippers at 9 p.m. ET.