The Philadelphia 76ers are back on track by the narrowest of margins.

They defeated the Cleveland Cavaliers 98-97 on Tuesday at Wells Fargo Center in the first of four matchups between the teams this season. The 76ers started with five straight wins but lost three in a row. They are now on a two-game winning streak after Joel Embiid's go-ahead dunk gave them the lead with 13.2 seconds remaining and Kevin Love missed a three on the ensuing possession.

As for the Cavaliers, they are just 4-6 overall after their own two-game winning streak came to an end.

76ers Back on Track with Return of Dynamic Duo

With Kawhi Leonard no longer in the Eastern Conference, the two teams that were his primary victims in the playoffs figured to battle for the vacant NBA Finals berth.

Extended losing streaks, even early in the season, can prove costly in the race between the 76ers and Milwaukee Bucks, especially with the Boston Celtics and Toronto Raptors playing well out of the gates.

Consistently beating the teams you are supposed to at home can go a long way in the standings for contenders, and the 76ers received a significant boost to help them do just that Tuesday. Simmons returned after missing the last two games and playing just 10 minutes in Wednesday's loss to the Utah Jazz because of a shoulder injury.

The return came at an ideal time considering both he and Embiid (suspension) missed time during the recent three-game losing streak on the road. It also gave the 76ers their two primary weapons with Al Horford out for the contest against the Cavaliers.

They needed them for more than just Embiid's winning dunk.

The big man spearheaded a late comeback for Philadelphia by battling for offensive boards, protecting the rim and diving for loose balls on the defensive end. Simmons defended Love in the post on a critical possession down the stretch and helped set up Tobias Harris for important baskets with the attention he drew via penetration.

The 76ers need their star pairing healthy and on the court if they are going to live up to expectations this season, and crunch time on Tuesday illustrated why.

The Cavaliers' ability to develop their top-10 picks from the last two years in Collin Sexton and Darius Garland remains the primary objective of the season, but the presence of Love and Tristan Thompson means the team can still compete on any given night.

They are the main connection between the current rebuilding Cleveland squad and the 2016 championship bunch that featured LeBron James and Kyrie Irving and battled Embiid on the boards like they were still competing for playoff positioning.

Love also provided a matchup problem for a 76ers frontcourt playing without Horford because of his ability to extend his game beyond the arc, pass from the top of the key and draw contact, while Thompson took advantage of the additional space in the paint.

Considering the Cavaliers are in rebuilding mode, trading Love in particular could net them young players or significant draft assets. That is especially the case since he is under contract through the 2022-23 season.

Continuing to play well to maintain trade value is key if Cleveland is going to explore that option, and both big men were up to the task Tuesday.

The 76ers are at the Orlando Magic on Wednesday, while the Cavaliers host the Miami Heat on Thursday. 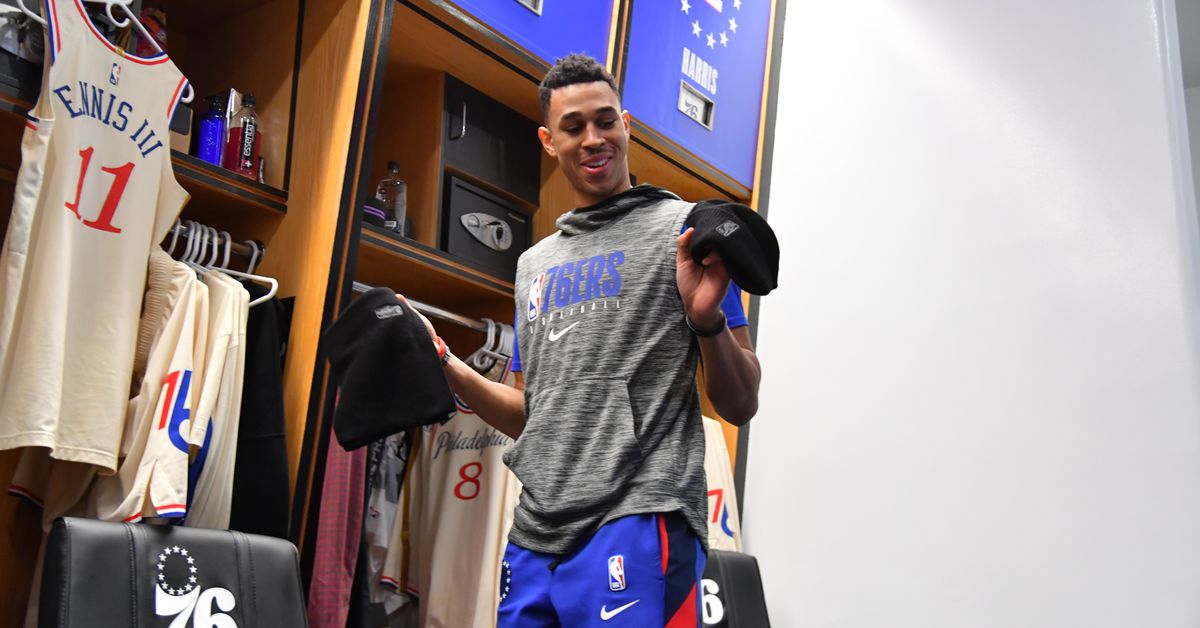