As the New York Knicks meandered through a deflating 17-win season—their second such horror show in five years—there was finally reason for optimism. Remember when the Knicks thought they could be getting Zion Williamson, Kevin Durant and Kyrie Irving, all in the span of a few weeks?

All these years of ineptitude and dysfunction, not to mention a run of only six playoff appearances since the turn of the century, were finally about to pay off.

Except some not-so-funny things happened on the way to the draft lottery and all the wining and dining of shiny free agents. The Knicks, who had the NBA's worst record, wound up with the third pick. Then, their top free-agent target, Durant, ruptured his Achilles in Game 5 of the NBA Finals, likely putting him out for the entire 2019-20 season and turning his impending free agency upside down.

Anthony Davis, another pie-in-the-sky option for the team that so ineffectually occupies the World's Most Famous Arena, was reportedly traded to the Los Angeles Lakers. The Knicks had struck out again.

And so when NBA Commissioner Adam Silver, as widely expected, announced that the Knicks were selecting Duke's RJ Barrett with the third pick Thursday night, it was easy to view it as another gut-punch for a franchise that just can't get out of its own way. 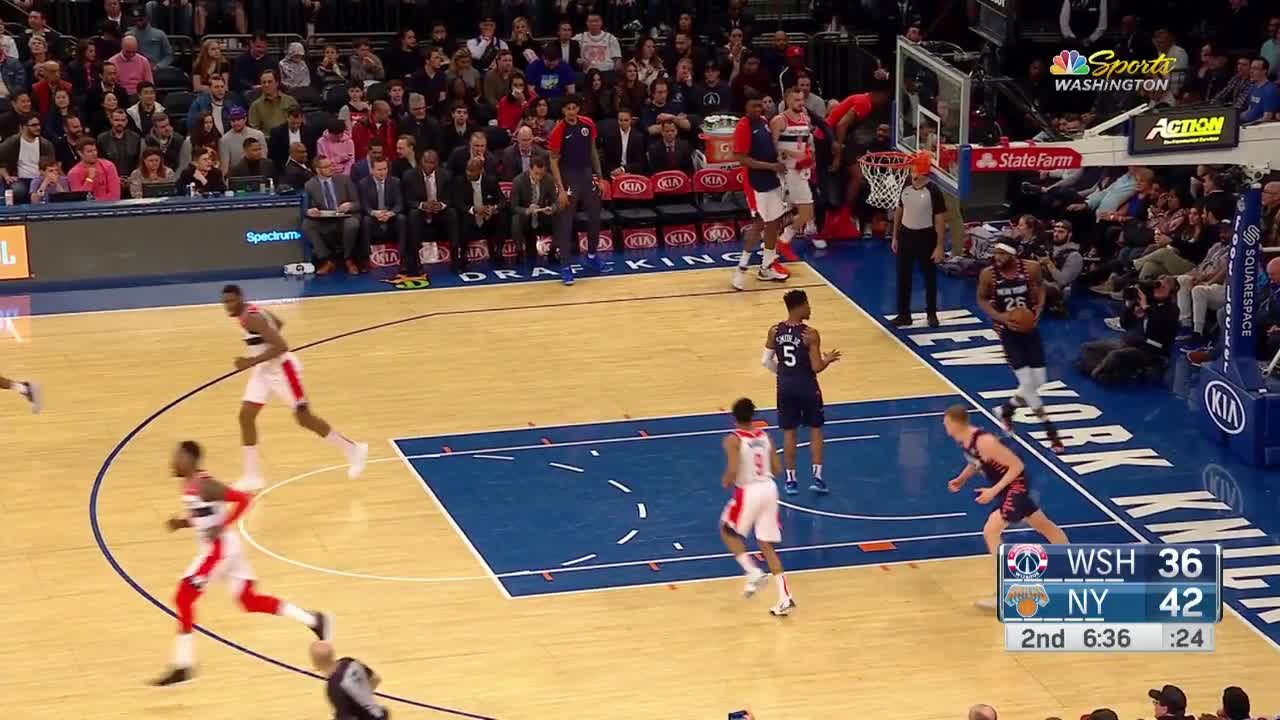 "RJ is the biggest star they are getting this summer," one prominent agent told Bleacher Report. "Assuming he is a star."

The Knicks took a big swing at the summer of 2019, and there's a real possibility they'll miss by a mile. But before we dissect where it all went wrong, let's not blame this on Barrett, who could very well be the most complete, NBA-ready player in this draft, according to one Eastern Conference personnel man.

Plus, unlike wave after wave of free agents, Barrett actually wants to be a Knick. Those who know him well say he not only has the talent for it but also the temperament.

What he evidently won't have is a perennial All-Star teammate or two as the Knicks originally planned (albeit for another Dukie named Zion).

During two decades of mostly unbearable basketball, the Knicks willingly endured perhaps their most unbearable season yet—and could wind up with very little to show for it. Not only did they tank for Zion and clear cap room for Durant, but they also traded their best player, Kristaps Porzingis, to clear room for a second max slot.

One that they may not even use.

Kawhi Leonard seems bound for the Clippers, if he can resist what will be a massive push from the Raptors to have him stay and etch his name among the immortals by winning a second straight championship. Klay Thompson is all about the West Coast, and as long as the Warriors pony up the max despite his torn ACL, hardly anyone in rival front offices envisions him leaving the Bay Area.

ESPN's Adrian Wojnarowski reported Thursday night on the draft broadcast that the Nets, Knicks, Warriors and Clippers are still "significant considerations" for Durant, whose decision nonetheless has to be recalibrated in the wake of an injury that will land him on the sideline next season.

Kyrie Irving? A person who knows him reiterated to B/R what rival front offices have believed for a while: He's most likely Brooklyn-bound. Irving and other top free agents hardly view Brooklyn as some NBA outpost just because the Barclays Center court isn't located between 7th and 8th Avenues in Manhattan.

"They see stability and an organization with a plan," a Western Conference executive said. "Plus, you get New York without all the bulls--t."

The last thing I want to do is tell long-suffering Knicks fans, who haven't seen a Finals appearance since 1999 or a championship in 46 years, to be patient. But somehow, this is a franchise that has to find a way to pivot from the best-laid plans.

I guess the most polite way to put it is: They're going to have to be realistic.

Which is what the Knicks front office led by Steve Mills and Scott Perry should do…and, indeed, what the team will do if it strikes out on its prime free-agent targets, a person familiar with the New York's plans told B/R.

"This front office won't overpay for guys like Tobias Harris," the person said. "Which is finally a good approach that they are taking."

The initial plan may have been fatally flawed. Name a team that bottomed out with 17 wins, tanked itself inside out and landed an MVP-caliber star in free agency as a result. If the Knicks somehow pull it off with Durant, it will be an aberration.

Short of that, filling one of those max slots with, say, Jimmy Butler, would just be another desperate attempt at a consolation prize. After they struck out with LeBron James in 2010, the Knicks filled the void with Amar'e Stoudemire and then traded practically their entire team for Carmelo Anthony in February 2011. Things were fun for a while, but we can all agree that this Plan B ended badly.

The better, if less popular, plan would be to celebrate the arrival of Barrett and continue to build organically with Kevin Knox, Dennis Smith Jr., Mitchell Robinson, et al. And while doing so, the correct free-agent pivot for Mills and Perry would be to overpay on a short-term deal for a steady veteran (think Danny Green or JJ Redick) who could help improve the culture until the opportunity to acquire a true star comes along.

As Oklahoma City (Paul George) and Toronto (Leonard) have taught us, you can't force your pursuit of a superstar. You have to build a culture worth joining, accumulate assets and be prepared when the kind of star you covet becomes available.

Mostly, you have to give the star a compelling reason to be a part of something, other than the zip code where he will be receiving his mail. If the Knicks get their latest dose of proof in a few days that the gravitational pull of Madison Square Garden isn't what it once was, they'll need a better, and more realistic Plan B.