Kevin Durant is reportedly down to deciding between the Brooklyn Nets, New York Knicks and Golden State Warriors in free agency.

"KD still has, whether it's staying in Golden State or leaving, the teams that are pursuing him, the teams that are going to pay him a max deal...essentially let him dictate the kind of contract he wants—that hasn't changed," ESPN's Adrian Wojnarowski said Wednesday. "They all just expect next year he'll be a very expensive redshirt, probably starting at around $38 million a year.

"I'm told KD is doing a lot of soul-searching right now, stepping back from the injury and processing all of this. For KD, he can go back to Golden State on a five-year, $200 million-plus deal. That gives him absolute assurance coming off this Achilles injury. Maybe it gives him something else to think about staying in Golden State. But Brooklyn and the Knicks are very much in the fight."

Durant is expected to miss the entire 2019-20 season while he recovers from a ruptured Achilles suffered during the Warriors' Finals loss to the Toronto Raptors. He's expected to command a max contract in free agency despite the first year of his new contract essentially being shot.

There had been rampant speculation about Durant leaving Golden State throughout the 2018-19 season, particularly for the Knicks. His and Kyrie Irving's futures have been regularly linked as well, per the New York Times' Marc Stein. Irving has been increasingly linked to the Nets heading into the free-agency period.

It's unclear whether Durant's injury has altered his decision-making. The history of NBA players returning from Achilles injuries is harrowing, and the prospect of guaranteeing himself a full max to stay in Golden State may be enticing. The Warriors can offer Durant a contract of around $221 million over the next five years. The Nets and Knicks can only offer $164 million over four years. 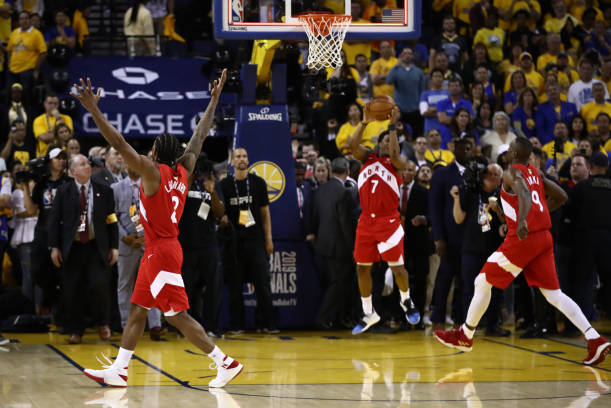 The monetary difference may not have played as much in Durant's head before the injury. A $57 million salary difference with an uncertain future ahead—and a chance at redemption in Golden State—may now be too good of an offer to pass up.