Toronto Raptors shooting guard Danny Green answered "2019, for sure" when TMZ Sports asked whether his NBA championship this season was "better" than his 2014 title victory with the San Antonio Spurs.

For starters, Green just took part in a parade that at least two million people attended, per comments that Toronto chief communications officer Brad Ross made to Laura Hensley of Global News.

Furthermore, Toronto enjoyed its first-ever championship, while San Antonio won its fifth in 16 years. The road to the title was also far more dramatic this time around, with the Raptors needing six or seven games in the final three rounds to defeat their opponents.

After a seven-game series win against the Dallas Mavericks, the 2013-14 Spurs went 12-4 en route to a fairly comfortable championship run—though they did have a tough six-game set against the Oklahoma City Thunder in the Western Conference Finals.

Regardless of Green's feelings on the topic, he said "it would be great" to play with Leonard again. Both players are entering free agency this offseason.

Green, who once held the record for most three-pointers made in an NBA Finals (27), played in San Antonio from 2010 to 2018 after suiting up for the Cleveland Cavaliers during his 2009-10 rookie season. He's never been on a team that has missed the playoffs or won fewer than 47 games. 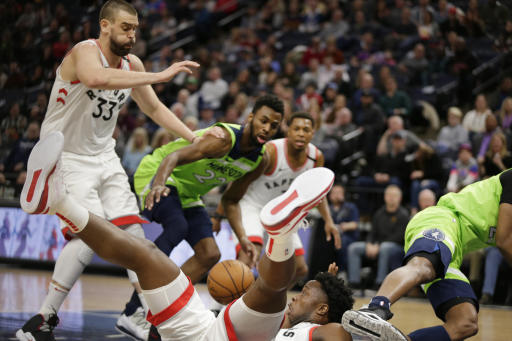