According to Keith Pompey of Philly.com, the Sacramento Kings, Dallas Mavericks, Utah Jazz, Indiana Pacers and Brooklyn Nets are all expected to pursue Harris this summer.

As Pompey noted, the Sixers hold Harris' Bird rights and can therefore offer him a five-year, $188 million max deal. Any other team can only go to four years and $141 million, but Pompey added that Philly "will most likely have to offer the five-year maximum for him to stay."

The Sixers are facing a pivotal, and tricky, summer. Both Jimmy Butler and Harris are free agents, and re-signing both—along with handing Ben Simmons a lucrative contract extension to keep him from becoming a restricted free agent in a year—would put the Sixers in the luxury tax for the foreseeable future.

That may not be the primary concern for the Sixers. As Rich Hofmann of The Athletic noted, the team's managing partner Josh Harris "is on record multiple times saying that the organization is willing to pay the luxury tax."

So if it comes down to giving Butler and Harris max deals to stay, it appears the Sixers may be willing to go that route.

But are Butler and Harris interested in returning? The foursome of Joel Embiid, Simmons, Butler and Harris were spectacular when they were on the court together, with a net rating of 23.6 in the postseason (195 minutes).

There are fit questions, though. Both Butler and Simmons like to operate with the ball, but Simmons' lack of a jumper to this point in his career hurt Philly's floor spacing when he played off the ball in the dunker spot. Teams were able to help off Simmons to double Embiid in the post or Butler when he received the ball, a tactic Toronto used to keep him out of a rhythm in Game 7 of their Eastern Conference Semifinals matchup.

Harris, meanwhile, went from being the top option on the Los Angeles Clippers to often the fourth option offensively with the Sixers. While his scoring output or total shots didn't change drastically—he averaged 20.9 points with the Clippers this season on 15.5 shots per game, compared to 18.2 points with the Sixers on 14.8 shots per contest—his shooting regressed, namely from three.

In Los Angeles, Harris shot 43.4 percent from three. In Philly, that went down to 32.6 percent. 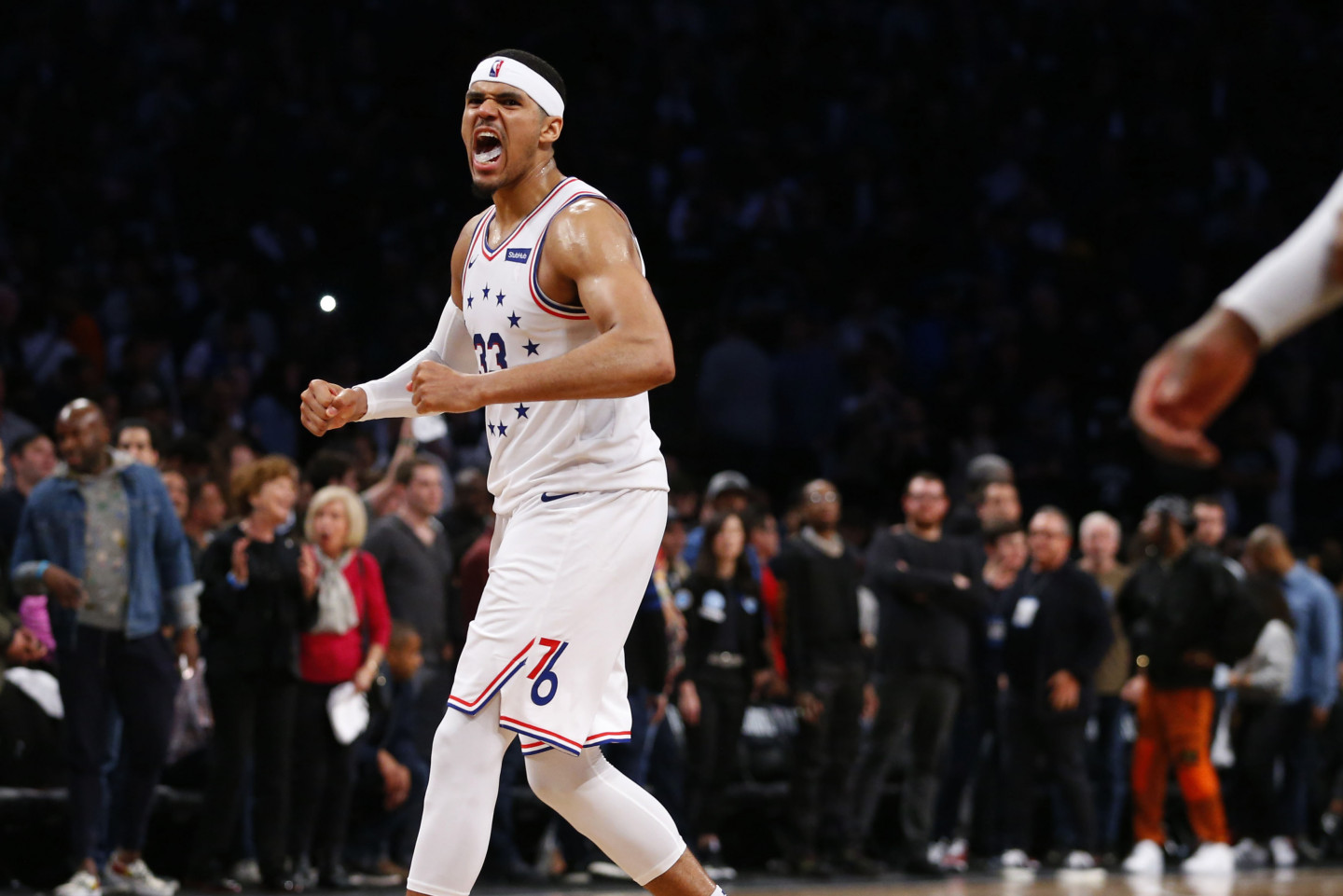 Whether that was simply a late-season slump or Harris finding less of a rhythm as he learned to fit into an offensive system with Embiid, Butler, Simmons and JJ Redick, it was noticeable. And the opportunity to be a more featured player on a different team could be appealing.

But if the endgame for Butler and Harris is winning a title, running it back with the Sixers could be their best bet. The Sixers took the Raptors in seven games despite Embiid having issues with his knee and illness, and they did so despite having very few games together to build chemistry. The absurd net rating the four players posted on the court together is a testament to just how scary they could become with more time to work as a unit.

But Harris will have his suitors.

Utah can offer a playoff pedigree and a nice one-two punch of Donovan Mitchell and Rudy Gobert. The Kings are one of the NBA's exciting young teams and should be a popular NBA hipster pick for the postseason next year. Dallas will have the one-two punch of Luka Doncic and Kristaps Porzingis, assuming the latter signs an extension with the team. The Indiana Pacers should be a contender next year once Victor Oladipo returns and could use another pure scorer like Harris. And the fun, upstart Nets offer a bevy of talented guards and a perfect system for Harris.

The competition for his services will be stiff, especially once the major superstars come off the board this summer. His return to Philadelphia is far from a guarantee.