WHAT A FINISH! Roadster wins the Santa Anita Derby. https://t.co/4U4n9fPkD6

Roadster fell back to fifth for most of the race but made a late and ultimately successful push on the backstretch to give him his third career victory.

Here's a look at the order of finish, payouts, pre-race odds (via the NBC Sports broadcast), a Kentucky Derby qualifying points breakdown and some quick notes.

Game Winner was a favorite against the entire field entering Saturday and for good reason: The Bob Baffert-trained horse won all four of his races as a two-year-old and finished second in his lone three-year-old race (the Rebel Stakes) by a nose.

Here's my @TimeformUS analysis of the Santa Anita Derby. Nothing clever about my opinions here—it's Game Winner's race to lose. &gt;&gt; https://t.co/X2dtcx6oiC https://t.co/bCj4U9HxUa

For good measure, Game Winner also entered Saturday as the clear Kentucky Derby favorite at 3-1, per US Racing.

J. Keeler Johnson, who contributes to Blood-Horse, America's Best Racing and BetAmerica, listed Game Winner as No. 1 on a Kentucky Derby top-10 list, with Roadster right behind:

Hands-down, the Santa Anita Derby! Game Winner and Roadster are ranked #1 and #2 in my latest @BetAmerica Kentucky Derby Top 10, so I'm excited to see how this showdown unfolds: https://t.co/YM9mIijPGO https://t.co/vywNLSMKiv

One of Roadster's victories and Nolo Contesto's only victory came at Santa Anita. Game Winner also won at the American Pharoah Stakes at Santa Anita.

One of those challengers eventually upended the favorite, but Baffert was the winner either way.

This was his day at the dirt track, which runs 1⅛ miles. Not only did the Triple Crown-winning trainer earn his record ninth Santa Anita Derby victory, but he also trained the top two horses in the race. It's possible Roadster and Game Winner will end up being the top horses on the Kentucky Derby odds ledger as well.

The Santa Anita winner doesn't necessarily foreshadow the Kentucky Derby victor, but three of the last seven horses who have won in Arcadia have also taken the first Triple Crown race.

They include Justify, who won the 2018 Triple Crown, and California Chrome, who also won the Preakness Stakes.

The Santa Anita Derby, which is one of the final Kentucky Derby prep races on the schedule, awards 100 qualifying points to the winner. Roadster had zero before Saturday, but he'll certainly be in the field after this victory.

Three more prep races will take place before the Kentucky Derby, with the Arkansas Derby the only race with 100 points available to the winner. That race will occur on Saturday at Oaklawn Park in Hot Springs, Arkansas. Omaha Beach, which defeated Game Winner in the latter horse's only non-first place finish before Saturday, will take part.

The Kentucky Derby will take place on Saturday, May 4, at Churchill Downs in Louisville, Kentucky. 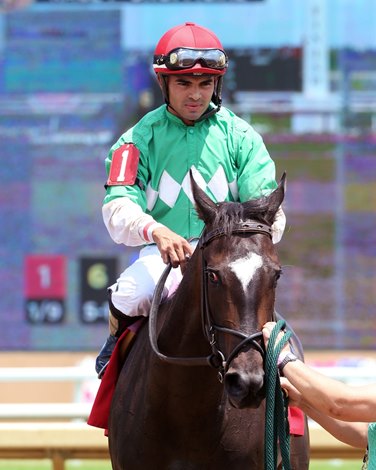 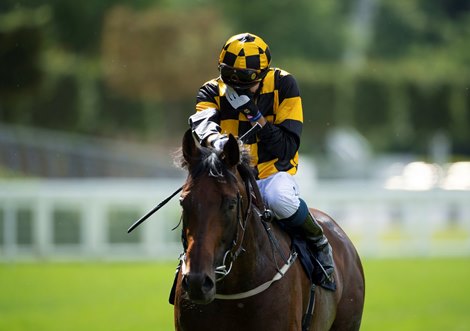