MIAMI — If anyone has a reason to feel some type of way toward Kawhi Leonard, it's Danny Green.

The veteran swingman had it all with the San Antonio Spurs: a championship ring, loads of playoff experience, another eight-figure salary from the $40 million deal he inked in 2015, a coach who had saved his career and become "like a grandpa." If the 31-year-old wanted to finish his career in the Alamo City, he had every reason to believe that'd be a possibility.

That is, until whatever we're calling it happened between Leonard and the Spurs last season. By the time one of the NBA's strangest sagas to date reached its conclusion, Green wasn't just shipped out of San Antonio—he was moved out of the country. Needed mostly to make the money match, Green had to join Leonard in his trade from the Spurs to the Toronto Raptors.

If Green wanted to gripe, he'd have every reason in the world.

Even though he's probably tired—both of the topic and from the fact that this is a road shootaround after a Christmas night spent in Miami—he comes off as genuine and gracious while citing Leonard's skills as a reason for his own seemingly seamless transition to Toronto. 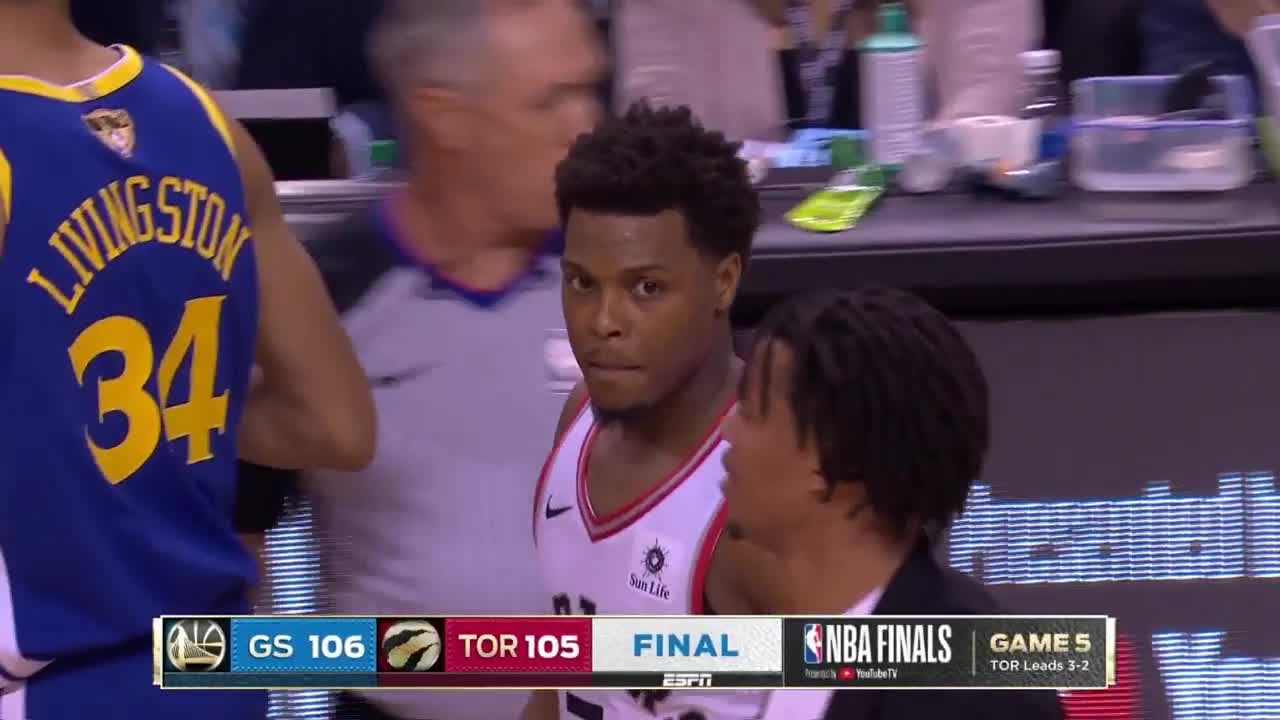 That was the scouting report on Leonard before it all went south in San Antonio. But after he logged just 210 minutes across nine games in 2017-18, no one knew for sure how much of his talent would return or how quickly it could happen.

You could see the skepticism surface in trade talks.

Leonard just turned 27 this summer. He'd already been a Finals MVP, a Defensive Player of the Year (twice) and a top-three finisher in MVP voting (twice) by that point. He looked like the caliber of megastar that teams should've unloaded their treasure chests to land.

And yet, when the bidding started, the Los Angeles Lakers didn't put Brandon Ingram on the table. The Boston Celtics made their best five off-limits. The Philadelphia 76ers even said Markelle Fultz was unavailable, which probably elicits giggles out of San Antonio.

Toronto eventually brokered a deal around DeMar DeRozan, maybe the most popular player in franchise history but also one the Raptors may not have wanted to pay a $27.7 million salary to into his 30s. They were ecstatic to land Leonard, but even they weren't sure what they were getting.

While the health and availability may be worth monitoring going forward—especially with Leonard at or near the point where the Raptors remove all playing restrictions—concerns of potential rust were silenced from opening night.

He kicked off his Raptors career with a 24-point, 12-rebound double-double. His first 30-point effort with Toronto came the next time out. After sitting once for rest, his third and fourth outings featured a combined 57 points on 64.9 percent shooting.

"That is such an anomaly," Miami Heat coach Erik Spoelstra said. "I don't think the average fan knows how difficult that is to miss that much time and then step in and be every bit of who you were before—if not more."

The deeper Leonard gets into this season, the harder it is to remember what he endured during the last.

If he's not the best two-way player in the game, he's at least right back in the conversation. Good luck finding another player who is equal parts unstoppable force and immovable object.

Think about it. He's a two-time DPOY who might be the best perimeter stopper the game has seen since Hall of Famer Scottie Pippen. At the other end, Leonard's December averages have spiked to 29.3 points on 50.7/41.3/89.2 shooting. That's essentially the same volume and similar efficiency to the output Stephen Curry produced during his unanimous MVP campaign.

And not to belabor the point, but Leonard played nine stinking games last season.

"It's hard for a player to miss two weeks, you know?" Dwyane Wade remarked. "He missed pretty much a whole season. To come right back like he didn't miss any time—from preseason on—that's what's very impressive.

"And then doing it in a new system with new teammates, it shows the level he's at as a player in this league."

Leonard has already justified the Raptors' "gamble" to get him.

They're one of two teams with a .700-plus winning percentage. They already claim victories over the Boston Celtics, Golden State Warriors (twice), Philadelphia 76ers (twice), Indiana Pacers and Los Angeles Clippers. Toronto is one of only three teams with top-10 efficiency ranks on both offense (sixth) and defense (10th).

And to think, this is only the beginning.

Kyle Lowry, the only All-Star holdover on the roster, has lost a few recent rounds with the injury bug, limiting the time this team has seen its two elites together. Lowry and Leonard have only shared the floor in 21 of the club's first 37 contests.

"We've gotta be happy with where we are," Nurse said. "I think record aside, I just like where we are growth-wise. I think we've just come a long ways, yet we've still got a ways to go."

While translating regular-season success into postseason triumphs hasn't been a strength for this franchise, Leonard's presence might be the difference-maker.

The Raptors haven't rostered a player of his ilk during this run, nor have they previously seen a LeBron James-free path out of the East. Presumably, there's a way for Leonard to further ingrain himself into the fabric of this team and therefore lift both his individual performance and this group's ceiling even further.

That said, the rapid transition he's enjoyed to this point speaks to the character of this club.

"The core that's been here for a while is definitely a great group of guys," Greg Monroe told Bleacher Report. "They obviously know how to win. It's kind of easy when you come into a situation like that. As long as you have the right focus, the right intentions, you're gonna fit in."

Leonard's comfort level is impossible to gauge when his media sessions often include a few cliched baritone quotes before closing the conversations as quickly as possible. That will only lead to ongoing speculation about his plans for next summer, which even those who cover the team on a daily basis can't get a read on.

But the best way to make Toronto feel like a viable long-term home is to keep the win total climbing. Only he knows whether that'll be enough to keep him happy, but so far he sounds pleased with the progress.

"It's just guys wanting to win," Leonard said. "Nick does a good job of letting everyone feel comfortable and letting them play their game."

Much like Leonard himself, the Raptors are letting their play speak for itself.

Their championship chances look as good as any outside of Oakland. Their ceiling is towering already and has blueprints for expanding as soon as Lowry and Leonard can build their on-court relationship even further. Their depth might be the NBA's best, and the top of their roster now has someone who should be "leading the charge" in the MVP race, according to Wade.

The Raptors are, at the very least, giving Leonard something to think about. And their newest star is sending near-nightly signals that he's ready to resume his NBA takeover.

Your Team's Best Player in 3 Years? 🔮

Your Team's Best Player in 3 Years? 🔮

Unexpected choices for every lottery franchise