It's unfair to pin the Baltimore Orioles' demise entirely on Chris Davis. He hasn't pitched since 2012, after all, so he has nothing to do with the 5.02 ERA at the heart of their 15-32 record.

But when a team signs a guy to a seven-year, $161 million contract, it generally hopes said guy isn't one of Major League Baseball's worst players by the third year of that deal.

Davis isn't the only big-money player on this list, as Ian Desmond and Dexter Fowler are also drastically underperforming relative to their contracts. Even still, the sum of their guaranteed money ($152.5 million) comes up short of what Davis' deal guarantees him.

Is the 32-year-old's contract weighing on his mind? His manager thinks so.

"Yeah, I'm sure that's part of it," Buck Showalter told reporters after benching Davis in Boston on Sunday. "I know that's part of it. It's something that Chris is trying to fight through."

Had Davis' deal been bad from the moment he signed it in January 2016, that'd be one thing. However, it was perfectly defensible at the time.

Davis was fresh off a season in which he'd led MLB with 47 home runs. That marked the second time in three years that he was the majors' leader in dingers, with the other being his 53-homer eruption in 2013. Many of these blasts were the result of effortless swings.

At the time, home runs were hard to come by. There were only 0.94 home runs hit per game between 2013 and 2015, and it was too soon to know whether a spike in homers during the second half of 2015 would last.

For the Orioles, the chance to retain Davis thus meant a chance to retain something precious. And they ended up getting a better deal than the surface numbers would indicate. His contract includes $42 million in deferred money, which brings his average annual salary down to $17 million.

However, there's no denying that the Orioles made a massive bet on the twilight years of a hitter who already had a fatal flaw.

Davis has been saddled with way-above-average strikeout rates since he first broke into the majors with the Texas Rangers in 2008. While strikeouts aren't a terrible thing in their own right, any player who can't avoid them needs to do other things well.

Davis clearly had power covered. The other was patience, as he drew walks in 11.9 percent of his plate appearances between 2013 and 2017.

In 2018, however, Davis' BB% has fallen below the MLB average at a rate of only 8.2 percent. That's partly because he's swinging more often than he has in recent years, and partly because pitchers are being more aggressive within the strike zone against him:

Entering Monday, Davis was seeing pitches in the zone at the same rate as Miguel Rojas. The Marlins infielder isn't as feckless a hitter as he used to be, but his career home run total (11) doesn't even match Davis' career high for a single month (12 in both June 2013 and September/October 2015).

While this seems outrageous, it also gets at how much Davis has diminished as a power threat.

His fateful 2015 season was also the first year of the Statcast era, and the new system revealed that he hit the ball with an average launch angle of 17.3 degrees and at an average speed of 91.9 mph.

Behold a scatter chart that hints at how rare that combination of slugging goodness was that season:

But as the Statcast era has progressed, the foundations of Davis' slugging ability have crumbled. In 2018, he's managing only an average launch angle of 11.8 degrees and average exit velocity of 87.3 mph.

In turn, he's gone from a shining beacon to a needle in a haystack:

Most hitters in MLB have progressed in the opposite direction with their power strokes, so we can rule out Davis being afflicted by a leaguewide trend.

As for other explanations, Oriole Park at Camden Yards hasn't gotten any bigger. Davis himself, meanwhile, hasn't gotten any smaller. He's still a massive 6'3", 230-pounder with enough strength to deal with even the toughest of batting donuts.

The most plausible explanation is that Davis' bat speed just isn't what it once was.

Statcast doesn't have a reliable measurement for such things, so this is admittedly difficult to prove. But his power output sends strong signals that his swing isn't as mighty as it used to be, and it's also apparent that he can't get around on fastballs anymore. In 2015, he had little trouble pulling heaters to the right side. In 2018, he's hit them almost exclusively to the left side of the field.

In all, it's nothing but bad signs all the way down for Davis. The Orioles signed him with the hope that he would continue to be an elite power hitter. Instead, his power is drying up, and his value is going with it.

All they can do now is keep signing the checks and hope against hope that'll turn into money well spent. 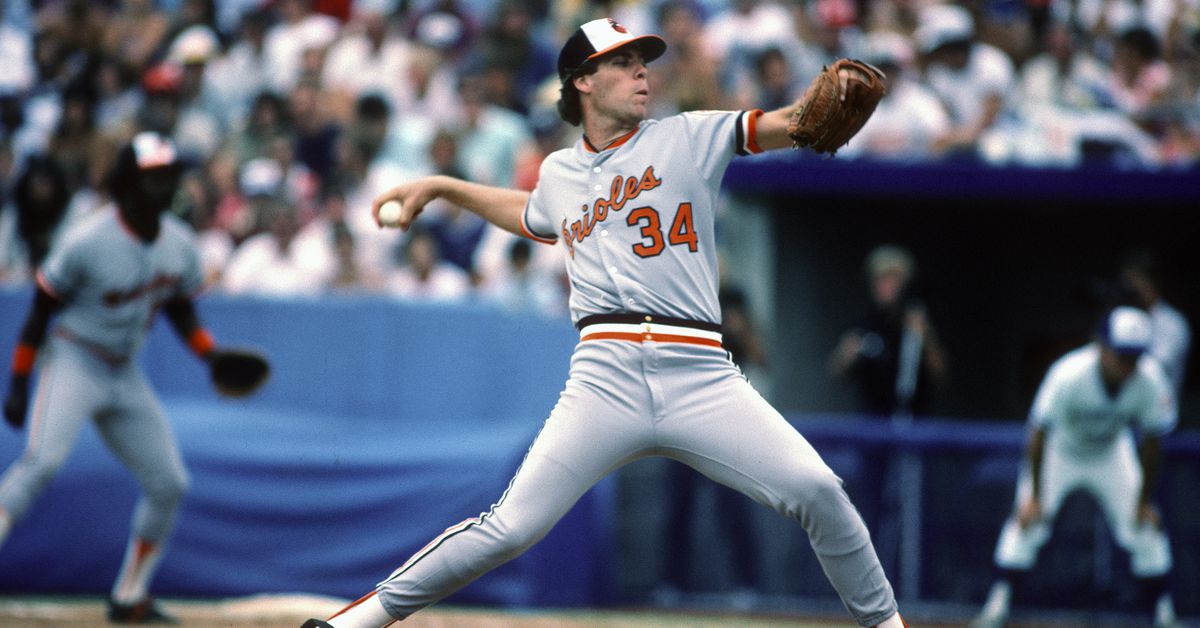