BOSTON — LeBron James tore the ice pack off his left knee and tossed it left-handed toward the garbage can sitting 10 feet away in the visiting locker room at TD Garden.

He peeled the cellophane from his right knee, removed the ice pack and took aim for the bottom of the same trash can. Two-for-two.

Next was the ice pack that encased his lower back. This time, he tossed it straight to a locker room attendant wearing a Boston Celtics T-shirt and dreadlocks. A pinpoint pass, to be sure.

Even in the aftermath of a bitter postseason defeat—and staring at the most treacherous path to the NBA Finals he's faced in a decade—James was making all the plays late Tuesday night.

And it still wasn't enough.

"We're going to use these days to really dive in on what needs to be done to help our ballclub be successful," James said after his brilliant 42-point triple-double couldn't rescue the Cleveland Cavaliers, who fell into an 0-2 hole in the Eastern Conference Finals with a 107-94 loss to the Celtics.

"We have a few days," James said, "and we're going to see what we're made of on Saturday."

James didn't repeat his line from Game 1 (15 points, nine assists, seven rebounds) on Tuesday night and didn't say he had "zero level of concern at this stage" like he did on Sunday. Perhaps that's because this is a stage he hasn't stood on in years. It's the first time James has faced an 0-2 deficit in an Eastern Conference playoff series since the second round against Boston in 2008.

That's a lot of history, a lot of mileage. And as he's done so many times, James came out of his corner like Mike Tyson used to and started landing haymakers and gut-wrenching body blows to a Celtics team that had been bracing for exactly that—and withstood it.

"You know, you've got to tip your hat to LeBron," Celtics agitator Marcus Smart said. "He's been doing this for a long time, and if he's not the greatest to do it, he's one of them. We knew coming into this game that he was going to come out and give everything he had and have a game like this."

The Cavs have three days to digest where they are—in this series and as a franchise—before suiting up at home for Game 3 on Saturday (8:30 p.m. ET). The way this is playing out, we'd be wise to sit back and enjoy what may be the last playoff series of LeBron's career that he'll have to exert this much effort and carry this much of a load.

Is this the last time we'll see LeBron as a one-man show?

As James is 33 and heading into his 16th season with free agency looming again, it's difficult to imagine a world in which he'd willingly choose to continue carrying a team that provides so little support for his herculean efforts.

Not to say he can't anymore, because he clearly can. But who's to say he'll want to?

If James stays, virtually the only move the Cavs can make to dramatically improve the team around him would be trading the famed Brooklyn pick, which was determined in Tuesday night's lottery to be No. 8 overall in the June 21 draft. The problem, of course, is they'd likely have to decide whether to do that without any commitment from James about his free-agent plans.

The bold moves general manager Koby Altman pulled off at the February trade deadline to make the team younger and more athletic haven't exactly backfired; there simply wasn't enough time for the coaching staff to integrate all the pieces into anything close to a cohesive unit. Thus, Rodney Hood, Jordan Clarkson and Larry Nance Jr., in particular, have taken turns sitting in the front row while coach Tyronn Lue has stuck with the guys he trusts. (Like JR Smith, for example, who was 0-of-7 from the floor Tuesday and hasn't made a three-point basket in the series.)

"When LeBron leaves," one Eastern Conference executive told Bleacher Report, choosing an interesting qualifier (not "if" but "when"), "that trade will be devastating financially. A lot of money in [George] Hill and Clarkson, and you have to pay Nance."

A better way to look at it is, what kind of case can the Cavs make for LeBron to stay—on a team without a consistent third scorer (and oftentimes, without a second one)? Not to mention the Cavs already have the league's highest payroll, and the only real asset they have to acquire a third star is one they better not trade unless they're sure James is coming back.

"They're screwed," a prominent agent told B/R on Tuesday night.

The best the Cavs can hope for is that James can find it within himself to pull the team out of this hole, complete an eighth consecutive trip to the Finals and then fail to find the free-agent options as appealing as he may have hoped.

"He's not going to the Lakers, because they know they can get Kawhi [Leonard] next summer," the agent said. "If I'm the Sixers, I have to think about what it means to bring in LeBron and take the ball out of Ben Simmons' hands. Simmons is useless when he's not controlling the ball. Is LeBron going to give up the ball?"

Here's a better question: After the physical and mental toll of dragging this Cavs team through this tumultuous season, all the way to the conference finals, will he be willing to consider living in a world where he can do less and win more?

He wasn't ready for that Tuesday—wasn't willing to go down doing anything but swinging. He had 21 points on 8-of-13 shooting (4-of-7 from three-point range) in a first-quarter barrage that the Cavs parlayed into only a four-point lead. Then James absorbed an inadvertent blow to the chin from Jayson Tatum's shoulder as Tatum tried to cut off James' driving lane on the baseline with 3:48 left in the second quarter and the Cavs leading by 11. James looked woozy and went to the locker room. Cleveland never built a bigger lead.

"I felt like I needed to go back to the locker room, which I did, to kind of recalibrate," James said. "It was a tough blow."

If only some of his teammates could pass a test in these conference finals. Through two games, James has scored more than a quarter of Cleveland's points (57 of 177). James and Kevin Love have scored nearly 55 percent.

"We didn't respond," Kyle Korver said. "And that's something we'll have to talk about amongst ourselves."

Lazy defense, no communication and a 36-22 advantage for Boston in the third quarter added up to a wasted effort from LeBron—and pushed him and the franchise a step closer to doomsday, part two.

In the interview room, I asked James about the challenge ahead, and how he'll spend the next couple of days digesting all that will be demanded of him Saturday and beyond. It's a massive burden, but he wasn't showing it.

"How will I digest it?" he said. "I'm going to go home tonight and see my three kids, see my family, recalibrate, see my mom. I think I'll be fine. I'm not going to lose sleep over it. When you go out and lay everything on the line, at the end of the day, you can live with that."

How much longer? Only he knows. 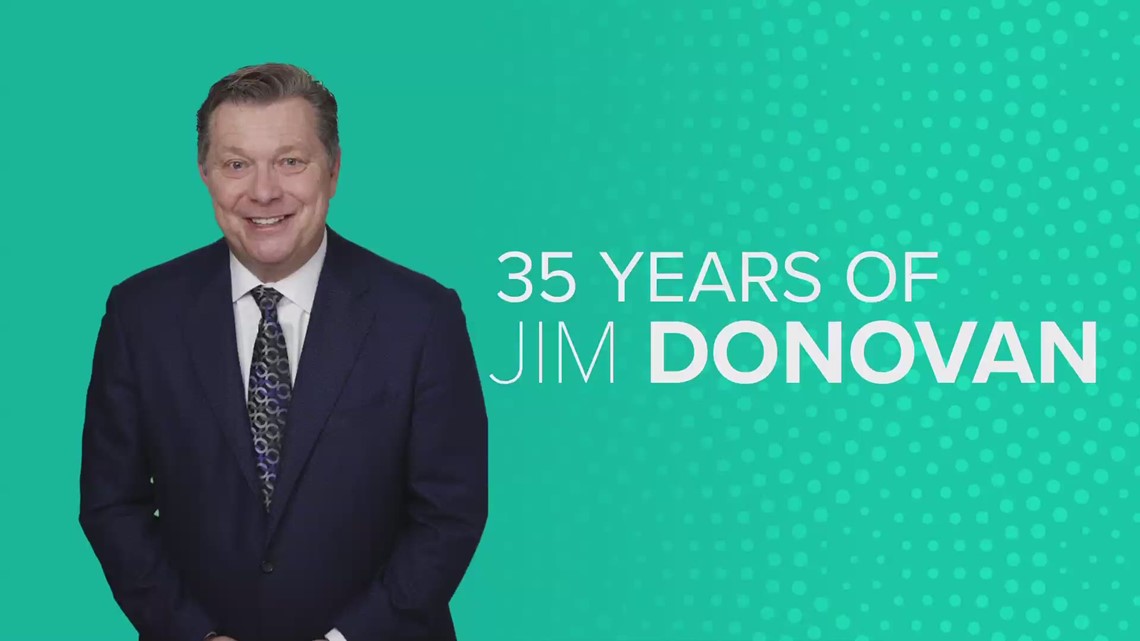 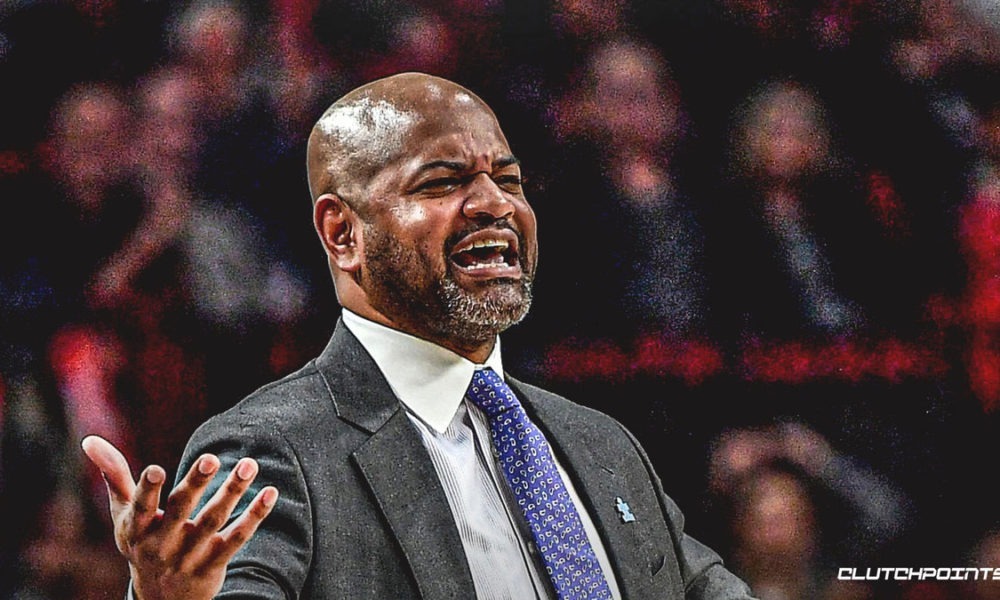