This is the tale of Kevin Durant and the terrible, horrible, no-good, very bad tweet.

Here's what we know for sure:

On Sunday night, Twitter user @ColeCashwell tweeted KD. The message was innocuous enough, asking the superstar what his motives were to leave the Oklahoma City Thunder "other than getting a championship."

Then, someone responded from KD's account. Someone defended his decision to leave. Someone blamed the Thunder organization, head coach Billy Donovan and the overall makeup of the roster.

Then, someone deleted those responses.

KD has secret accounts that he uses to defend himself and forgot to switch to them when he was replying to this guy I'm actually speechless https://t.co/9245gnpa3c

Once the internet caught wind of what had happened, Tweetgate 2017 began and speculation ran rampant.

Was Durant hacked? We've heard athletes and other public figures cry wolf so many times that we wouldn't believe it even if it were the case.

Is it possible someone on his social media team went rogue? Or that KD himself pulled off the ultimate troll move by writing a 40-word, tell-all response in third person?

Maybe...but the scenario deemed most likely by the court of public opinion (Twitter, obviously) is that Durant meant to defend his own honor not from his verified blue-checked account, but from a secret account—one designed to let him clap back without making his disdain known to the world.

SB Nation's James Dator has even discovered a potential "sinsta" page for the star forward, fueling the fire for anyone buying into this theory.

But while suspicions rise and memes are born, there are other questions that can't be ignored. How should both Warriors fans and Thunder fans view this situation? Is the gripe about not being able to win with his roster in OKC legitimate?

And, of course: Where does this rank among Durant's saltiest moments?

Bleacher Report rallied six roundball scribes to dive into these questions and more.

It's no secret that KD was frustrated with the lack of dynamism in the Thunder offense. Westbrook's hero-ball tendencies were a large part of that. But concerns about a stagnant offense ultimately rest with the coach. So I think the tweet (whoever authored it) accurately reflected at least part of KD's motivation in leaving OKC.

If I were making the case that KD wasn't behind the tweets, I'd point to the one about the supporting cast. The Thunder made the Western Conference Finals four times in his last six seasons and nearly knocked off the Warriors in 2016. They were legit contenders when healthy. So it strikes me as odd that KD would trash the Thunder roster.

KD managing all of his social media accounts. 😂 https://t.co/ds9dYoByV1

It's very common for celebrities of all kinds, including athletes, to have a veritable army of social media consultants, publicists, agents and managers who all want a say in how their client is positioned online. They get paid very good money to do so.

It's not out of the question that an overzealous PR person got caught defending Durant as Durant. Something similar happened to, of all people, KD hater Skip Bayless, whose Facebook account was found to be leaving positive comments on his own videos.

Could Durant Have Won a Championship in OKC?

Look, no one was beating last year's Golden State Warriors, a historic juggernaut that would've been nearly as strong if it had retained Harrison Barnes and the incumbent depth pieces rather than clearing room for Durant.

We'll never know for sure, but the Oklahoma City Thunder still featured too many glaring holes, and a superstar duo—even with plenty of established chemistry—wasn't overthrowing a motivated team created to rain hellfire down on any and all opponents.

The more interesting question is whether OKC could've eventually morphed into a legitimate challenger. What if the Thunder, one year after Durant's hypothetical decision to re-sign for the sake of this scenario, had still traded Domantas Sabonis and Victor Oladipo for Paul George, reupped Andre Roberson and stolen Patrick Patterson from the free-agency pool? An NBA Cerberus comprised of Russell Westbrook, George and Durant with surrounding depth might be enough to strike some legitimate fear into the Dubs.

Donovan received a lot of praise for guiding the Thunder to the 2016 Western Conference Finals—a journey that included a 32-point loss in Game 1 of the Western Conference Semifinals in San Antonio. Donovan was more willing to change rotations and adapt to opponents than his predecessor, Scott Brooks. He also drew up craftier plays out of timeouts and in end-of-game situations. That's not to speak ill of Brooks, who is clearly a very good NBA coach. Donovan just seemed to address some areas of weakness that were obvious under Brooks.

There has been speculation locally that Durant was very unhappy that Brooks was fired in favor of Donovan. On the other hand, it's reasonable to think that Durant was in a position of power and could have drawn a line in the sand over his coach.

If It Was KD, Does It Change How Warriors Fans View Him?

You've got to work pretty hard to find reasons for Warriors fans to care about this, but if you really hunt around, I guess there's one: It's always hard to trust that one friend who's constantly talking behind everyone's back to you because you have to assume he's talking behind your back to everyone else.

By that logic, maybe Warriors fans should be concerned that KD harbors unexpressed frustrations with Golden State. Coming over last summer, winning a ring and signing a below-market deal to stay would seem to alleviate that concern, though. What's he got to be frustrated about?

And, really, aren't these sentiments on OKC what everyone always assumed KD believed but never said? Why does Durant giving voice to them change anything? The Warriors are a more functional, more talented, more successful environment. That's why Durant wanted to be in Golden State. His saying so just verifies what most suspected.

Will Durant's Words Surprise Anyone in OKC?

If the words from Durant's account were his own—or from someone deeply intimate with his thinking—it won't go over well in The Big Friendly. The idea that "his roster wasn't that good" flies in the face of the reality that the Thunder were five minutes away from eliminating the 73-win Warriors. Even Andre Iguodala called the Thunder the "best team in the playoffs," per The Breakfast Club podcast (via SI.com).

Durant has been largely mum on his exact reasons for leaving Oklahoma City. Any insight into his thought process is welcome for those still wondering what went wrong.

Where Does This Rank Among Durant's Saltiest Moments?

This feels like an alpha-salty moment, and it's not particularly close. This isn't some shopworn "not nice" Nike ad campaign. This isn't a hodgepodge of contrived cliches from mass-manufactured detractors on the insole of a (sweet-looking) shoe. This isn't even Durant, alone in a gym, loudly regurgitating criticisms to keep himself motivated.

No, this is Durant, taking time from his day to defend himself as someone else—a ruse that takes serious forethought. Even if you forget the mental commitment involved, he's giving credence to non-believers and haters in droves. Arguing on his own behalf to Average Andy Twitter suggests the opinions of anyone with a take matters. For him to care that much about essentially everyone, when he's a champion, MVP, Finals MVP and so much more, is fairly shocking.

That doesn't mean his foray into the burner-account underworld is telltale of anything really important. Social media Aliasgate is funnier than evidence of insecurity or some other profound character trait or flaw. Yet, given the extent to which Durant has gone to anonymously defend himself, this has to be the, bar none, saltiest moment of his career.

Preview of Thunder vs. Lakers 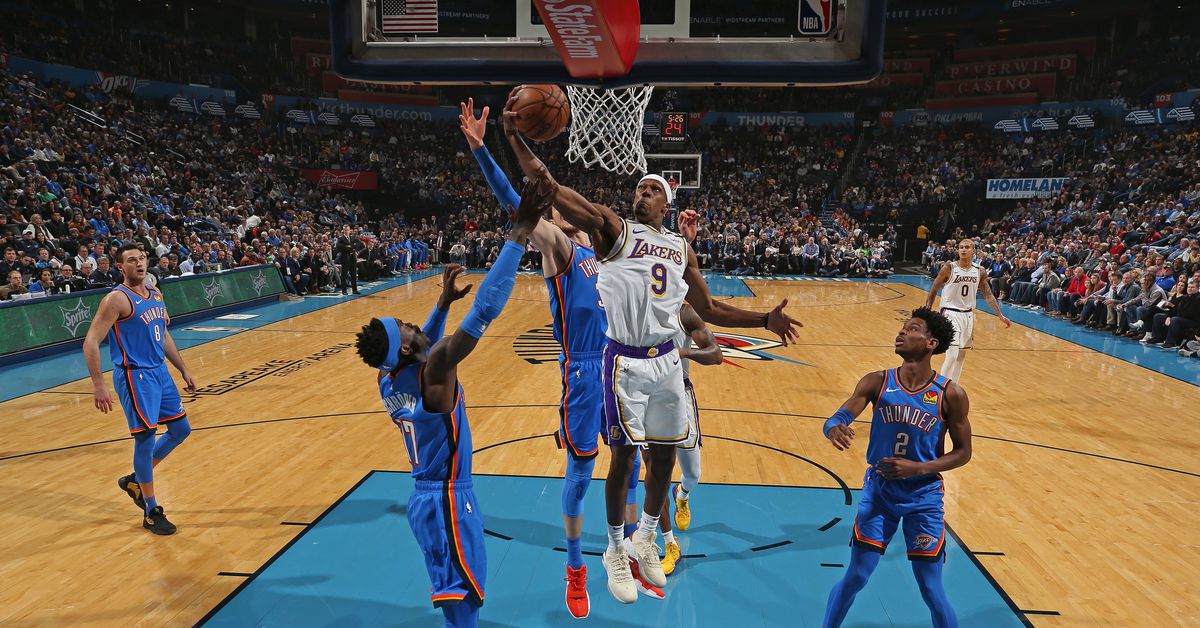 Preview of Thunder vs. Lakers