A quick glance at the Serie A table and everything looks as you might expect. The poorest squads—those of Pescara, Palermo and Crotone—occupy the relegation spots and seem certain to drop to the second tier next term, while AS Roma and Napoli are once again contending for a UEFA Champions League berth.

Above them Juventus look set to inevitably secure a record sixth consecutive title, but it is arguably their next domestic opponent whose position is most startling. Sitting fifth, behind Lazio but ahead of clubs like AC Milan, Fiorentina, Torino and Inter Milan, there is little doubt that Atalanta have been Italian football's surprise package.

They take on the Bianconeri on Friday, but by now it has already been impossible to ignore the rise of La Dea—"The Goddess"—with almost every club in Europe having been linked with the likes of Franck Kessie, Andrea Conti or one of their other promising young players.

I'm convinced I'm going to wake up to find none of this is real. 🖤💙 @Atalanta_BC 🖤💙 https://t.co/W4kaXkslIq

But that does not make their story any less intriguing. After all, here is a club who were relegated in 2003, 2005 and 2010, immediately regaining promotion but only managing to finish in the top half of Serie A once in the past 10 seasons.

They finished 13th last term, and in truth, it looked as if the 2016/17 campaign would play out in much the same manner. Before the end of September, they had lost four of their opening five games, a run of results that left Gian Piero Gasperini the clear favourite to be the first Serie A coach to lose his job.

Follow your favourite teams and leagues in the new B/R app. Get the app and get the game.

A 3-1 win over Crotone gave him some breathing room, but as he prepared the side for their week seven clash with Napoli, the 59-year-old knew something drastic had to be done if he was keep the team afloat and himself in a job.

"I was on the verge of being sacked, it's true," Gasperini later told La Gazzetta dello Sport (h/t Football Italia). "I decided to play Mattia Caldara and Roberto Gagliardini [against Napoli]. I told the president my formation the day before and he was shaken to the point of not sleeping, but I'd made up my mind because I'd seen them in training."

The boldness of that move almost defies belief, with the coach putting his faith in two wholly untested players against a Napoli side who were the only undefeated team left in Italy. They were clearly the underdogs, but thanks to a ninth-minute goal, they instead made the Partenopei the first victim of Gasperini's youth-led revolution.

Atalanta have not looked back, recording wins over Inter and Roma while tasting defeat just four more times as they await the Bianconeri on Friday. Arguably their biggest result came away at Napoli in February, with thousands of fans waiting at the local airport to greet the team and celebrate a remarkable 2-0 win at the Stadio San Paolo.

Bergamo airport full inside &amp; out as @Atalanta_BC fans await the team after their brilliant win over Napoli https://t.co/eeMB9t7IPI

There are a number of factors contributing to their incredible success, but Bleacher Report's own Paolo Bandini is in little doubt as to who deserves much of the credit, as he explained: "I'm hugely surprised to see Atalanta where they are. They've not been in Europe since the Anglo-Italian cup in the mid-90s. But I'm not surprised Gasperini has had a positive impact. He's an excellent manager.

"Atalanta's squad is not the fifth-most talented in the league, and yet there they are, so on that basis alone you have to give credit to Gasperini. He's been brave enough to blood young players rather than seek the safest path to 40 points, and on a game-by-game basis, you can also count plenty of occasions when his tactical manoeuvring was essential.

"The one that immediately pops into mind was the first Roma game, when Atalanta were 1-0 down at half-time but absolutely blew them away after swapping to a 3-4-3. He's one of the sharpest minds in Serie A for that stuff."

That is unquestionably true, and it is most evident in the improvement of his individual players. Gasperini has converted 21-year-old Juventus loanee Leonardo Spinazzola from an average winger into a fine full-back, with the left-footed youngster complementing the work of Andrea Conti (23) on the opposite flank.

Conti gets hype but every Atalanta game we've done, Spinazzola is the better of the two wing backs https://t.co/NgRLU4jvTz

Together the duo have helped balance the coach's preferred 3-4-3 formation, bringing defensive awareness and attacking intent in equal measure. They have combined for six goals and 10 assists between them, while burly striker Andrea Petagna (also 21) has been a major beneficiary of their work, finishing their crosses and bagging important goals.

Gagliardini blossomed after being thrown into the mix by Gasperini, and just three months later, Inter had seen enough, handing over what is set to be a fee of around €28 million, per ESPN FC's Edoardo Dalmonte.

Having made just eight league starts for Atalanta, the 23-year-old has slotted perfectly into the Inter midfield. His dynamic box-to-box play has already improved coach Stefano Pioli's side, and he has made his full debut for the Italy national team.

Then there is Mattia Caldara. "I thought it was a joke, I did not believe it after a dozen appearances in Serie A," the 22-year-old central defender said when asked by Tuttosport (h/t Football Italia) about interest from Juventus.

Yet it was no laughing matter. The Bianconeri identified him as the heir to their great back line and paid a fee that could rise as high as €21 million, according to their official website.

Averaging 1.4 tackles, 3.3 interceptions and 5.2 clearances per Serie A game, according to figures from WhoScored.com, Caldara—who will remain at Atalanta on an 18-month loan—certainly looks the real deal; he's a classy and calm defender who reads the game superbly well.

He has been dangerous at set pieces, too, weighing in with seven goals, but like Gagliardini and Conti, the most telling fact is that he is a homegrown player. For all the plaudits showered on their current squad, it truly is the club's renowned academy and scouting network that deserves the credit.

Basing their approach on Dutch giants Ajax, the Bergamo-based club chose the coaches for their youth sector carefully and have enjoyed great success. A steady stream of youth products have benefitted from their teachings over the years, from Juventus icons and FIFA World Cup winners Gaetano Scirea and Antonio Cabrini, through Milan legend Roberto Donadoni to veteran striker Giampaolo Pazzini.

That tradition continues today, with the likes of Simone Zaza and Southampton's Manolo Gabbiadini starting their careers wearing the black and blue of Atalanta, as did countless others around Italy's top flight. The club's under-15 and under-17 teams won the Italian title last season, with notably only 43 of the 303 youngsters currently in all levels of their academy being foreign-born.

Indeed, a 2015 study by the CIES Football Observatory (h/t CalcioNews24, link in Italian) ranked the club's youth system eighth in the world, with 25 former graduates playing in the top five European leagues.

Kessie is likely to be the next big-money mover, with his name linked with almost every major club across Europe as his speed, power and quality become increasingly evident. The 20-year-old Ivory Coast man was another thrown into first-team action this season, rewarding Gasperini with six goals, three assists and a string of outstanding performances.

According to the Corriere della Sera (h/t Football Italia), Chelsea and Roma have been battling for his signature, with talk of a €28 million fee included in various reports.

But Kessie might prefer a different destination. "I like the Premier League and in particular Manchester United, the club I dream of playing for," he told TuttoMercatoWeb (h/t ESPN FC) earlier in the year.

Like Kessie's future, Atalanta's final league position is not yet known, but their performances were truly the unexpected feature of this Serie A season. Captain Papu Gomez has been a revelation, and Bleacher Report spent time discussing the team's progress with BT Sport commentator Adam Summerton, who had been impressed by what they have delivered.

"Seeing see so many young players visibly improving, both individually and collectively, has been wonderful," he said. "Any team can dazzle on occasion, but what Gasperini deserves huge credit for is the consistency in performance levels achieved with familiarity, balance and organisation key factors. They've also shown great mental strength to bounce back quickly when setbacks do occur, their form after the 7-1 loss at Inter in March an obvious example.

"Atalanta's longstanding and well-earned reputation for developing young players means they always have the potential to take us by surprise. But I would never have thought, particularly when they lost four of their first five games, that they would go on to be this good and consistent. Regular watchers of any league like to think they can spot things coming, but I think this Atalanta side has amazed just about everyone."

Atalanta keeping the Milano clubs out of Europe. I absolutely love it!

They truly have thanks to a wonderfully talented crop of players, a smart coach and the continued brilliance of their academy. When Gagliardini moved on, Remo Freuler stepped in and the team never missed a beat, winning with the Swiss star where the Italian all too briefly shone.

Atalanta may lose a number of their key players this summer even if they do secure Europa League football, but life in Bergamo will go on regardless. Gasperini will continue to put his faith in their young players, and the story will continue, the same as it always has done for the club known as La Regina delle Provinciali, "The Queen of the Provinces." 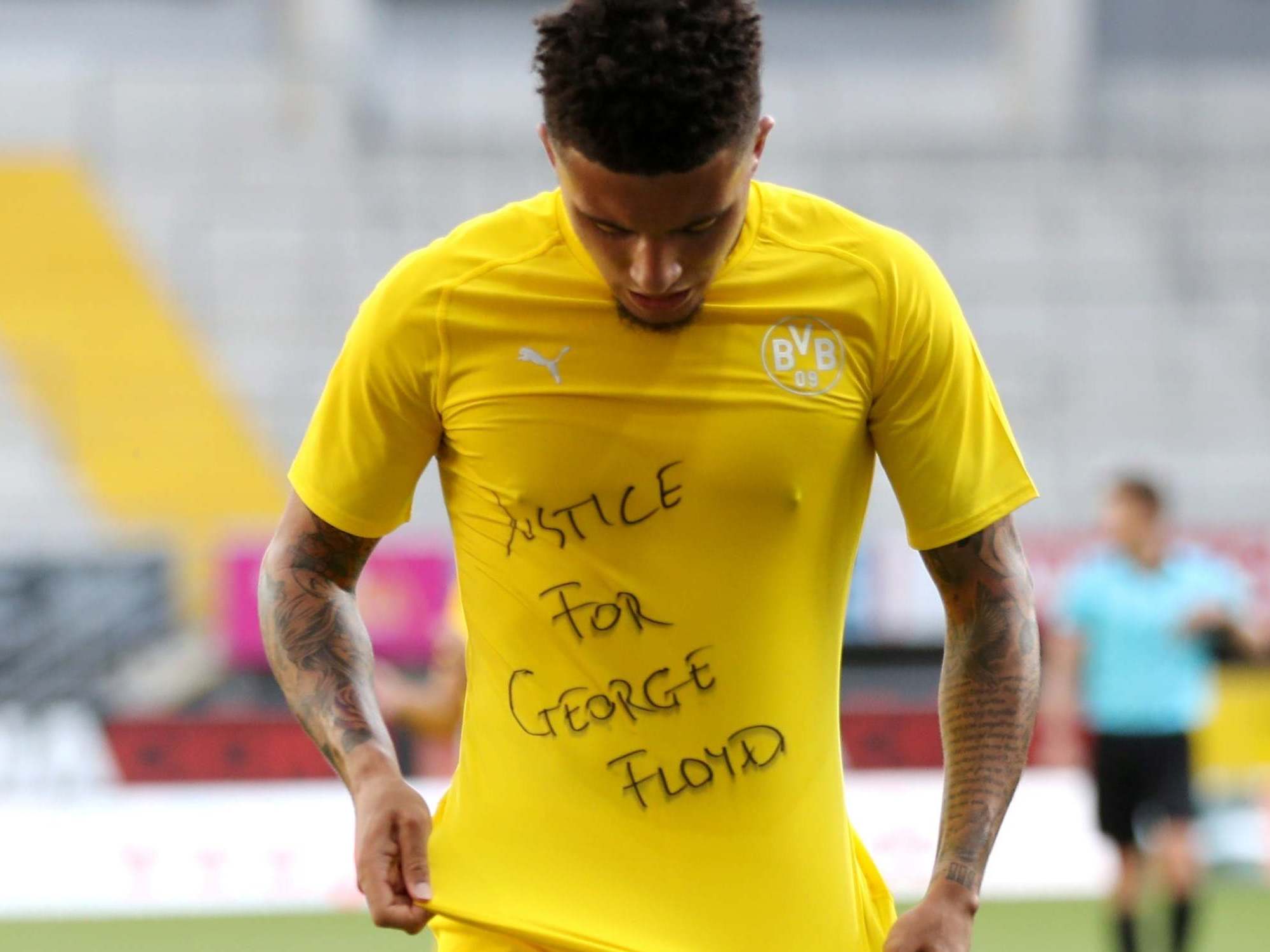