The Toronto Raptors may have found a gem in Norman Powell, whom teams passed on 45 times in the 2015 NBA draft.

On June 25, Powell's falling to No. 46 made sense. His weaknesses and dubious track record raised questions about his NBA promise.

The knocks were simple: At 6'4", Powell is slightly undersized for a traditional 2-guard, and he never shot better than 35 percent from three in four years at UCLA.

But his shortcomings seem to have been overblown. Powell's 6'11" wingspan and explosive 40 ½" vertical compensated for his underwhelming height, and the mechanics on his jumper appeared fluid in Las Vegas last week, where he was the only rookie named to the All-NBA Summer League First Team.

For the most part, Powell's sales pitch always revolved around his defense. And that may still hold true. He blends intensity and anticipation with quick feet and hands to apply on-ball pressure and off-ball activity.

"Ever since I've been [at UCLA], I've been a lockdown defender," Powell told CBS Sports' Sam Vecenie. "The guy who guards the best player. I always have a chip on my shoulder no matter who is in front of me. To lock them down and take them out of what they want to do. I take a lot of pride in my defense."

Defense is part of the package that Powell offers Toronto. But in summer league, it was his offense that opened eyes and stole the show.

After he increased his scoring average in each season as a Bruin, Powell's arsenal came to life in Vegas, where he averaged 18.3 points on 50.9 percent shooting in four games. He looked confident and poised as a mid-range shot creator, demonstrating the ability to separate from the defense into balanced jumpers and knock them down with comfort.

And while Powell's offensive development had gone overlooked during the draft process, his built-in strengths may have gone undervalued.

His smooth athleticism, bounce and body control translate to easy buckets in the open floor. He finished with more field goals in transition (both at the rim and overall) this past year than anyone drafted. Those numbers should bode well for his outlook in what's a better spaced, more up-and-down NBA game.

Norman Powell had a nice game for the Raptors at @NBASummerLeague. Scored 19 pts. Looks like an NBA athlete.

Quick to hit a lane and crafty at the rim, Powell naturally threatens a half-court defense as a driver and cutter as well.

Unfortunately, as his usage rate rose last season, Powell's efficiency fell off. He wasn't able to take advantage of all the touches as UCLA's top gun, and it may have cost him guaranteed dollars on his first contract.

How He'll Fit in Toronto

With the Raptors, Powell can go back to assuming his role as a supporting cast member, like he was when he shot 53.3 percent as a junior alongside Zach LaVine, Kyle Anderson and Jordan Adams.

Powell projects much more favorably as a complementary weapon than he does as a featured one. And considering the Raptors now offer talent to play off, Powell can focus on what he does well—capitalizing on the open floor and opportunistically finishing plays within the offense.

Continuing to improve his shooting stroke will be priority No. 1 for Powell heading into camp. In a rotation with go-to players such as Kyle Lowry, DeMar DeRozan, DeMarre Carroll and Jonas Valanciunas, becoming a reliable spot-up target would be huge for a guard such as Powell, who isn't known for one-on-one scoring.

In the meantime, Powell's defensive versatility, along with his transition and attack games, should earn him minutes next year while his perimeter skills develop. Still, fans and coaches have to be encouraged regarding his potential to improve based on what he showed in summer league.

Looking back to draft night, few moves flew further under the radar than the one general manager Masai Ujiri made. He freed up $6.6 million in space (by trading Greivis Vasquez to the Milwaukee Bucks), acquired a 2017 first-round pick (via the Los Angeles Clippers) and flat-out stole Powell midway through the second round.

In Powell, the Raptors appear to have found bang for their buck, as well as a new core contributor off their bench in the upcoming season. 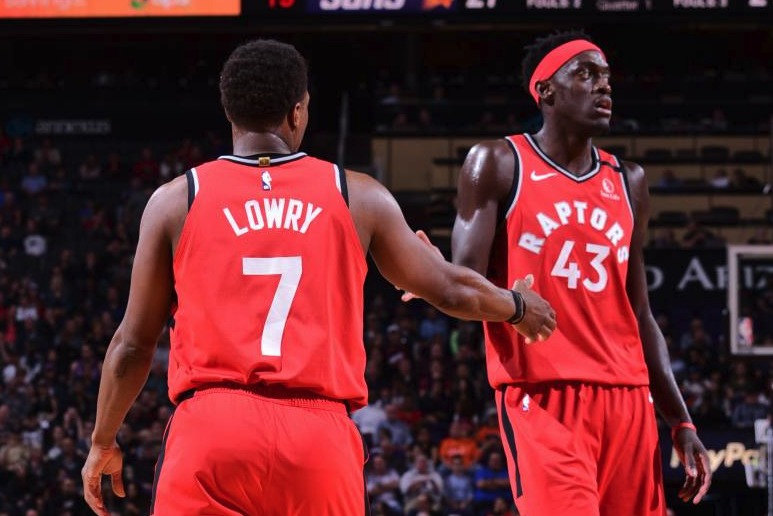