TUSCALOOSA, Ala. — There’s something that’s a little different about Alabama senior running back Kenyan Drake, and we’re not talking about his impressive speed.

Shortly after suffering a season-ending injury at Ole Miss—a fractured leg and dislocated ankle that were nothing short of horrific—Drake asked to be shown the video of the play.

“I’m completely comfortable with it,” he recently told a group of disbelieving reporters at SEC media days.

“I actually wanted to see it. I heard it was pretty crazy. I know they didn’t show it on the scoreboard so I wanted to see how loud I was screaming on national TV.”

That he could be heard along the sidelines and even up in the press box at Vaught-Hemingway Stadium made most people cringe, if not seeing Drake’s leg and foot sticking out in odd directions. But he didn’t want to shy away from it then, and he still doesn’t now.

Perhaps it’ll only help Drake when he takes his first real hits on a football field since the injury.

“Kenyan is a huge part of this team,” senior center Ryan Kelly said. “If you were at the Ole Miss game, and you see him doing sprints, running and cutting, and all those things in the springtime and it’s just amazing. I think it shows you the kind of man Kenyan is and the kind of guy he’s become.”

With Drake poised to be ready when the Crimson Tide open training camp next week, Alabama’s backfield might not only be a real strength in 2015, but with Derrick Henry it could feature the most dangerous duo in college football.

That’s not to say that they’ll have the most rushing yards. Arkansas senior Jonathan Williams and junior Alex Collins are the obvious preseason choice for that, as they’re both coming off 1,000-yard rushing seasons, the Razorbacks love to run the ball and Bret Bielema has put them behind yet another huge offensive line.

There are some other terrific tandems in the league as well, including at Auburn, Missouri and Tennessee, while LSU’s Leonard Fournette and Georgia’s Nick Chubb sort of stand out on their own.

But when you consider which two running backs may be the most complementary for each other, Henry and Drake stand out because they can be used simultaneously as offensive weapons. In addition to taking handoffs, Drake spent part of the spring running routes with the wide receivers.

So if Henry’s in the backfield and Drake goes in motion, should the defense expect a run or a pass?

“You can spread him out, put him in the backfield, throw him a little slant and if that first guy misses, he might go all the way,” Alabama senior linebacker Reggie Ragland said about Drake.

A perfect example was the first snap against Florida last season, as Alabama had noticed in certain situations the Gators almost always put a linebacker on a running back when he shifted out wide. If the defender played off of him, the play would be a slant pass, but if he moved up, the call was a slant-and-go because there was probably no way the linebacker could keep up with Drake.

When Antonio Morrison gave Drake a 10-yard cushion, quarterback Blake Sims couldn’t get the ball out fast enough. The result was an 87-yard touchdown that let the Gators know they were in for a long day.

“It obviously worked out to perfection,” Drake said.

It’s because of plays like that, and Henry’s physical prowess (6'3", 242 pounds), that fans are quick to call them a thunder-and-lightning backfield. Their styles also draw comparisons to two players who won the Heisman Trophy: Eddie George and Reggie Bush.

While it’s unrealistic to expect that either player will post similar numbers, Henry more than physically resembles what George looked like at Ohio State, and offensive coordinator Lane Kiffin made the comparison between Drake and his former standout at Southern California.

“When I was younger, Reggie Bush was definitely a back I looked up to,” Drake said. “It’s very humbling to be mentioned in that same air with Reggie Bush, but it I also know that I’m Kenyan Drake, and I’m going to try and accomplish something that I want to accomplish.”

Overall, Drake’s played in 29 career games with 1,087 rushing yards and 20 total touchdowns while the top of the depth chart featured Eddie Lacy, T.J. Yeldon and Henry. He’s averaged 7.0 yards per carry, 17.3 with each reception, and a touchdown every 8.65 times he’s touched the ball on offense.

A lot of players would have gotten frustrated at not contributing more, and Alabama has had numerous running backs leave for a variety of reasons, but Drake says the last three years have given him a chance to develop and grow physically and mentally.

Had his injury occurred when he was a “snot-nosed freshman,” he might not have handled it as well. Age and experience have instead put him in position to be one of Kiffin’s key contributors.

“He has so many things that he does well,” Nick Saban said. “He has great speed. He has very good running skills and running instincts, but he's a fantastic receiver.

“In his position, it's a little bit easier to almost create mismatches for him to be able to use those skills as a receiver than it would be if we played him at receiver, because I think if we played him at receiver he would be one of the better receivers on our team. And I think this is one of the assets that he's going to possess moving forward that's going to make him a very, very effective player in the future for us and as well as probably being a really good professional player.”

Regardless, with Drake back, the HD backfield is something Alabama is very eager to see.

“It’s going to be a fun year watching him play,” Ragland said.

Titans to ‘do everything we can’ to keep Derrick Henry, GM says 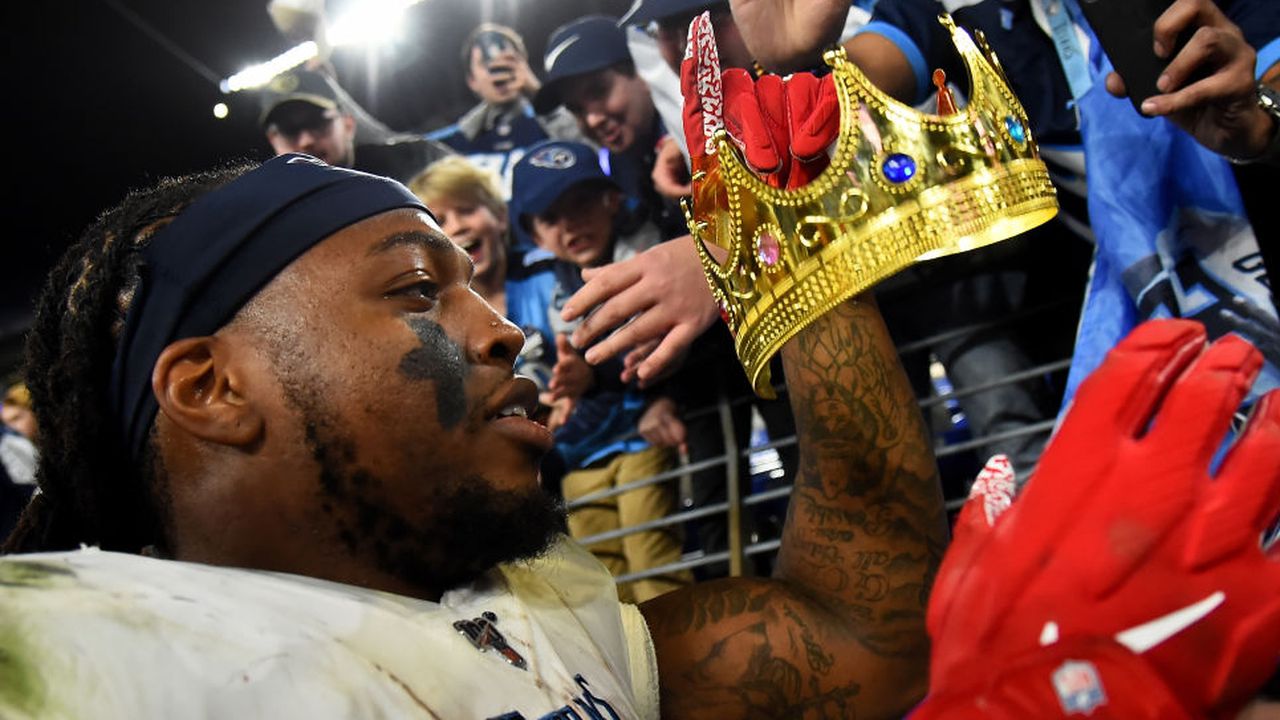 Titans to ‘do everything we can’ to keep Derrick Henry, GM says