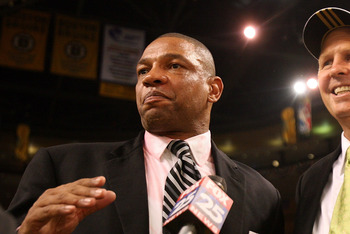 Not all offseasons are created equal. The year 2011 marks the most important offseason in Boston Celtics history.

The strategy for Danny Ainge is clear and straightforward. The disciplined execution will prove challenging. Thankfully Kevin Mchale caught on with an NBA franchise just in time for this critical Celtic moment. Ainge’s 2011 to-do list: 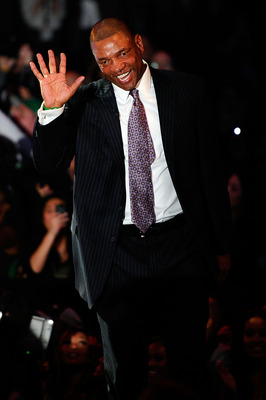 Signing Doc to a five-year contract represents the most important piece to this offseason puzzle. The axiom that the NBA is a player’s league rings true. Not only does team success depend mostly on the quality and fit of personnel, but today’s players are more informed, more powerful and more involved in team matters than ever before.

Rivers’ standing as a respected players’ coach with a proven track record bodes well for on-court success and recruiting potential alike. With elite young players such as Chris Paul and Dwight Howard potentially available as free agents within the next year, the continuity and stability demonstrated by Rivers’ contract can only compare favorably. After all, rival organizations such as the New York Knicks have lost a Hall of Fame general manager and the Los Angeles Lakers have lost a Hall of Fame coach this offseason. 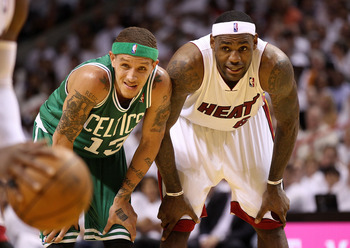 "Yo 'Bron. When I get my ring before you, which will sting worse: my ring or my choice of women?"Mike Ehrmann/Getty Images

West has proven valuable to every franchise for which he has played, and seems to regard Boston—the franchise that drafted and cultivated him—as home.

With above average on offense and defense at the point guard and shooting guard positions and a well-rounded offensive game, West’s versatility enables Rivers to manipulate matchups to the Celtics' favor and provides depth at two positions via one roster spot. The ultimate role player, West makes few waves and contributes when called upon without complaint.

If West again plays for the veteran minimum, he will prove to be one of the most valuable members of the team. The caveat, though, is that they sign West either for one year at above minimum pay or for multiple years at the veteran minimum in order to position for Chris Paul and Dwight Howard. 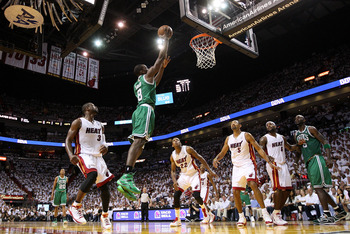 "Don't get up on my account fellas."Mike Ehrmann/Getty Images

Athletic, versatile, and young at 24, Green represents a possible building block for post Big Three Era Celtics squads. Regardless of whether or not Green fits into Boston’s long-term plans, the Celtics would be wise to sign Green long-term even if it means paying more than market value by matching another team’s offer.

Signing and keeping Green provides options for the franchise. The appeal of potential will still surround Green in the first year of his new contract almost regardless of how he plays, and his salary will enable the Celtics to package Green and Rondo for either Chris Paul or Deron Williams should either elite point guard become available this offseason or during the 2011-12 season.

If the Celtics are unable to acquire either elite talent, then at worst they have marginally overpaid for a player but have retained talent to compete. The caveat is that the Celtics should not go beyond nine million dollars per year as this would be grossly overpaying for a player of Green’s record, which reduces trade options and potential trade value.

4. Develop Avery Bradley into Tony Allen or Trade Him for Contributor 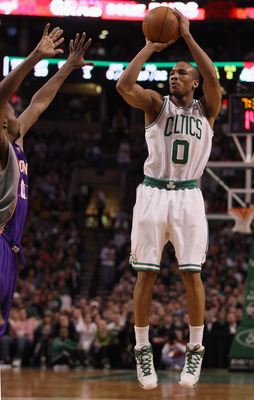 "If I develop this jump shot, Rondo's gonna be riding the pine."Elsa/Getty Images

Danny Ainge enjoys an enviable track record for drafting NBA guards. Doc Rivers boasts a respectable track record developing NBA point guards. Bradley’s pedigree is without question, as he was rated by many as the second best high school prospect of his class, behind John Wall.

That said, projecting a defined and consistent role as a rotation contributor on any future Celtics team proves difficult. Bradley is undersized to effectively play long minutes at shooting guard. Either Rajon Rondo or a better point guard (if Celtics trade for Paul or Williams) will monopolize most of the available minutes at the point.

Apparently, his best-case Celtics scenario involves Bradley as a change-of-pace lock-down defender at the one and two, like Tony Allen. Assuming West returns, Bradley seems marginalized and therefore seems better suited to contribute to the Celtics by bringing back talent at other positions through trade. 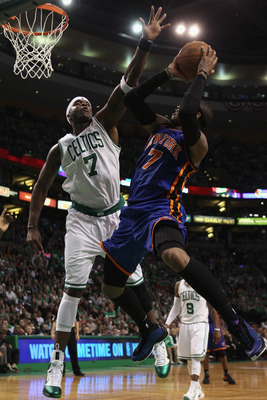 "Bro. Word to the wise: Face up jumper from the elbow avoids me having to swat your ass."Elsa/Getty Images

Upon returning in late-March from training with Glover in Chicago, a noticeably thinner O’Neal provided the Celtics with a relatively spry shot-blocking defensive presence in the post. According to my subjective observation, the Celtics starters played much more effectively knowing an effective O’Neal was manning the paint.

With Shaq and Krstic already leaving this offseason, and with few options available via the draft or free agency, the Celtics must rely on Jermaine O’Neal. For the love of Auerbach, please make sure that Tim Glover wakes Jermaine in the morning and tucks him in at night this summer and fall. 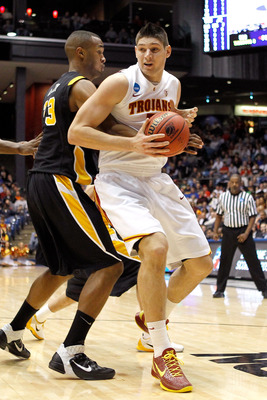 With six returning players under contract already pushing the Celtics above the salary cap, Boston must find cost-effective rotation contributors for this year while positioning the franchise to (a) compete when the Big Three disintegrate and (b) provide the supporting cast necessary to lure Chris Paul in trade and Dwight Howard in free agency.

The only two ways to be in position to get both Paul and Howard—without dumping Paul Pierce onto an under-cap franchise—is to sign free agents to veteran minimum deals and sign drafted players at their slot wage.

Since the Celtics need to fill as many as seven roster spots this offseason, it remains doubtful that seven good veteran players would elect to perform for below-market wages in exchange for the privilege to play in Boston.

Thankfully, with seven franchises holding multiple first-round picks and with the perception that this draft is weak with a high degree of parity between prospects, there is ample opportunity to purchase a pick or trade for one. However, Ainge should not trade 2012 Clippers pick unless convinced of unique opportunity this year as it has the potential to be a lottery pick (if T-Wolves and Clippers fail to make playoffs next year).

7. DO Not Take on Any Long Money 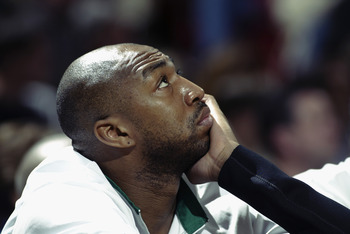 "No long-term deals? Why not? What's the worst that could happen?"Jed Jacobsohn/Getty Images

As I have repeated ad nauseum in previous articles, I believe that Ainge is on a mission to create a Celtics dynasty centered around Paul and Howard.

The only way to pull it off is to refrain from taking on any long-term money that exceeds the average veteran minimum contract. If Ainge abstains from any such contract, with the notable exception of a Green deal or equivalent contract to balance Paul’s salary in trade—it will signal his intent to swing for the home run. Hold onto your seats Celtics fans. You are about to be witness to the greatest offseason in Celtics history.