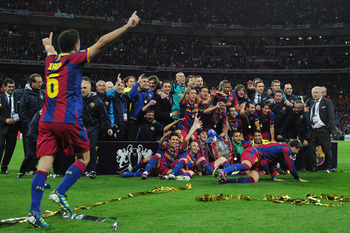 Rooney scored one for Manchester United in their only real chance on goal.

Truth is: Barça dominated the match.

And while this can be seen form plain sight, there is statistical evidence to prove Barcelona's overwhelming dominion over Sir Alex Ferguson's men.

Valdés Had No Saves 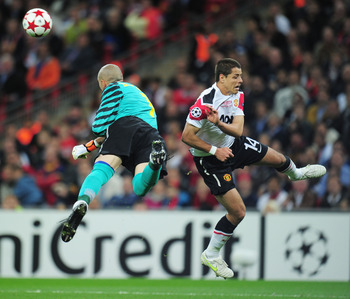 Victor Valdés had a quiet night.

Except for Rooney's goal, there were no more shots (and therefore, no saves) between the goalposts all night long. Barcelona had 12.

There were actually only four attempts by United all night long: Chicharito's blocked shot, Rooney's score and two shots from Rooney and Nani in the closing minutes. Barça had 19 attempts on goal.

And even though Valdés did make two plays on United's long balls, Barcelona's keeper had most of the day off.

That can't be said of Edwin van der Sar. 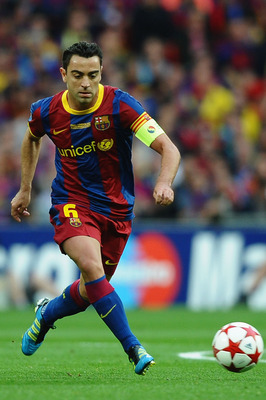 Andrés Iniesta, Lionel Messi and Sergio Busquets all surpassed the 70 pass mark with 98, 83 and 74 passes completed.

Who was United's best passer?

Central defender Rio Ferdinand with 40 passes completed out of 51 attempted.

You just know you were overrun when one of your defenders is your best passer.

Xavi Had Time to Play the Ball 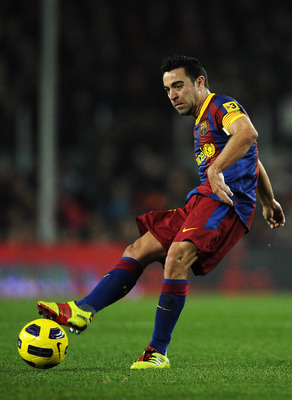 Xavi is the best passer in the world. And Manchester United didn't seem to care one bit.

Here are Xavi's personal stats for the day:

3 attempts on goal (one on target, two off)

Those stats are impressive, but there's a not so obvious one that trumps them all and sets a fine example on how (and why) United were overrun.

Look at Pedro's goal (the first one of the night). Andrés Iniesta plays it to Xavi. Xavi receives and has the ball for one...two...three...four...five...SIX seconds without anybody coming in to close to him down (never mind tackling him), picking Pedro out absolutely alone for an easy score in the first half.

You just can't let the world's best playmaker do that.

Letting Xavi think and giving him space and time to work was the defining stat in this game.

Sometimes seconds are the most valuable stat in football.