L.A. Lakers: Tim Duncan and 10 Players Standing Between Lakers and an NBA Title 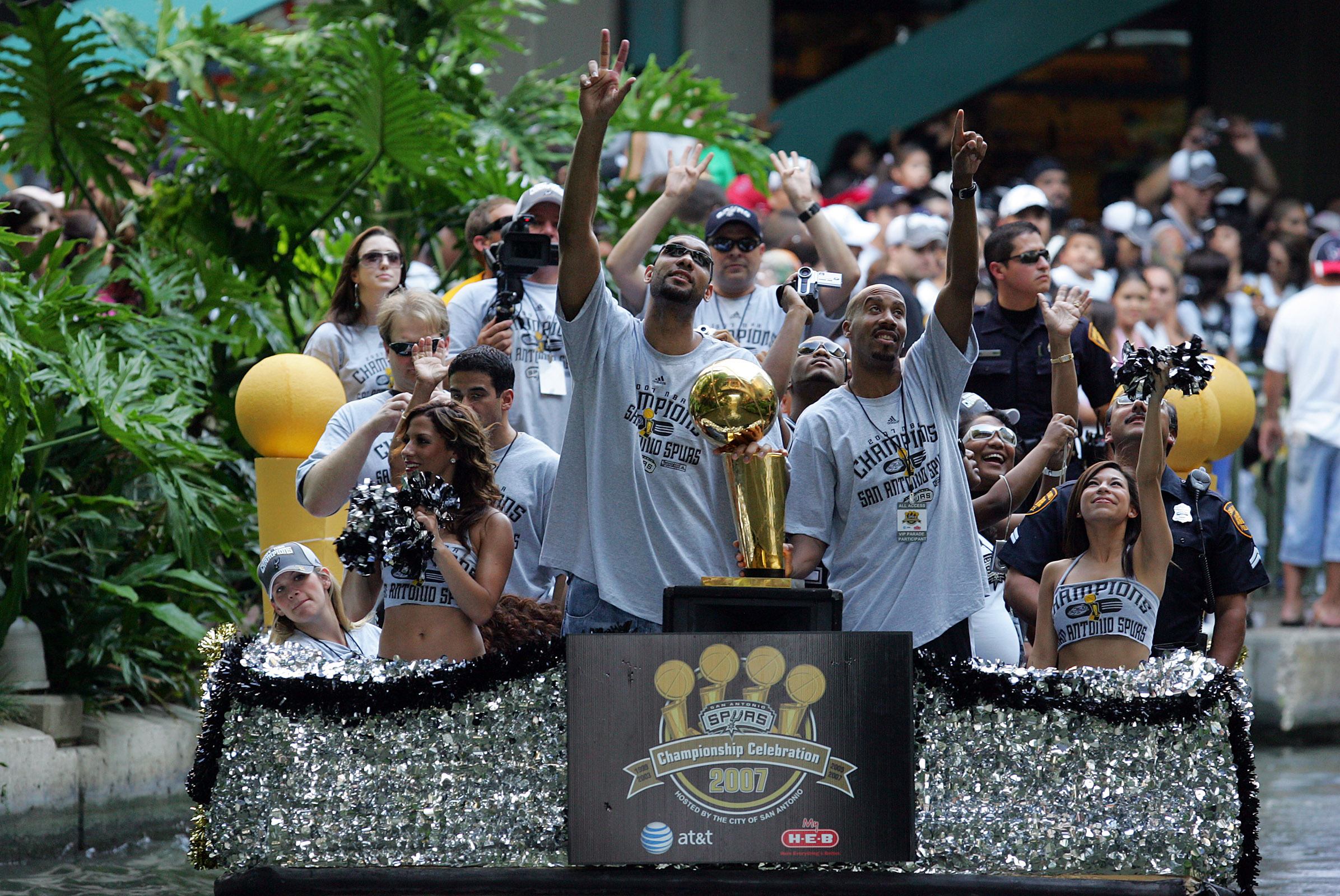 The Los Angeles Lakers have lost five straight, and it's clear that it won't be a cake walk back to the NBA Finals.

In what is likely Phil Jackson's final season at the helm of the team, the Lakers would like to win yet another title for their storied head coach, who would have the fourth three-peat of his tenure.

But these 10 players aren't going to make it easy for Kobe Bryant and company to come away with the trophy in 2011. 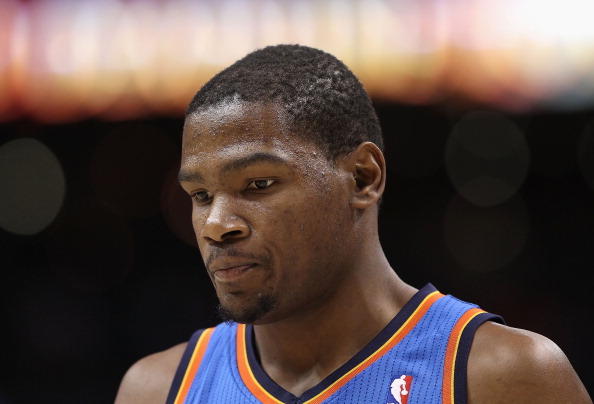 Kevin Durant is receiving less attention than usual this season thanks to the extraordinary play from teammate Russell Westbrook, but don't be fooled into some sort of statistical deception.

Although he's not quite scoring as much this season (27.8 PPG) versus last season (30.2 PPG), Durant simply hasn't had to do as much as the pieces in place around him continue to improve. But we all know how quickly he can take over a game.

With a formidable supporting crew around him in Westbrook, Harden and now Kendrick Perkins to clog the middle, Durant can still be the shining star of this Thunder team without bearing most of the load on his shoulders. 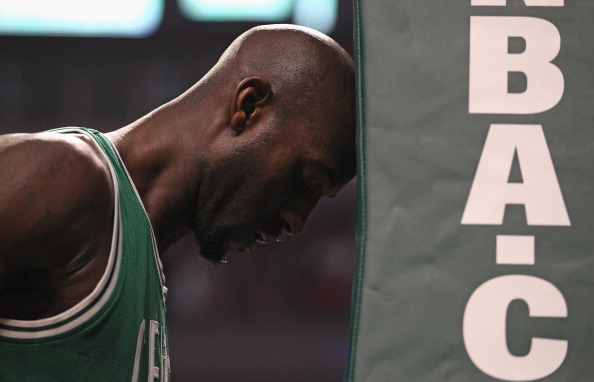 Lost in the madness of the Celtics' questionable play over the last two months has been the stellar season that Kevin Garnett is enjoying at age 34.

Garnett has increased his season averages from the 2009-10 season in the following categories: points, rebounds, field goal percentage, free throw percentage and steals. That's not too shabby for a guy who a lot of basketball folks were calling done.

Most of all, KG's intangibles have been invaluable to the Celtics throughout the season between the slew of injuries to their big guys and the chemistry shakeup that occurred. That fire in Garnett's eye will surely manifest itself even greater in the postseason. 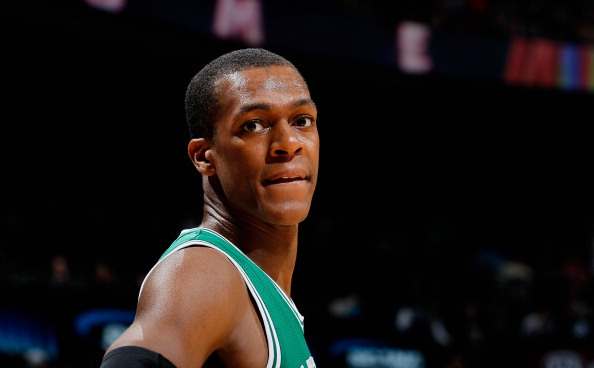 Uh-oh. This is the Rajon Rondo that we saw in his first year out of Kentucky that had all of Boston still clamoring for the team to draft a point guard of the future.

But that's not the guy pictured above. While there's no doubt that he's been in a funk as of late, Rondo's track record is solid, and there's little reason to assume that he's still not one of the top performers at his position.

Having said that, Rondo's inconsistency is going to have subside if the C's have any chance of returning to the finals and possibly facing the Lakers, as their success is highly dependent upon their young point guard. 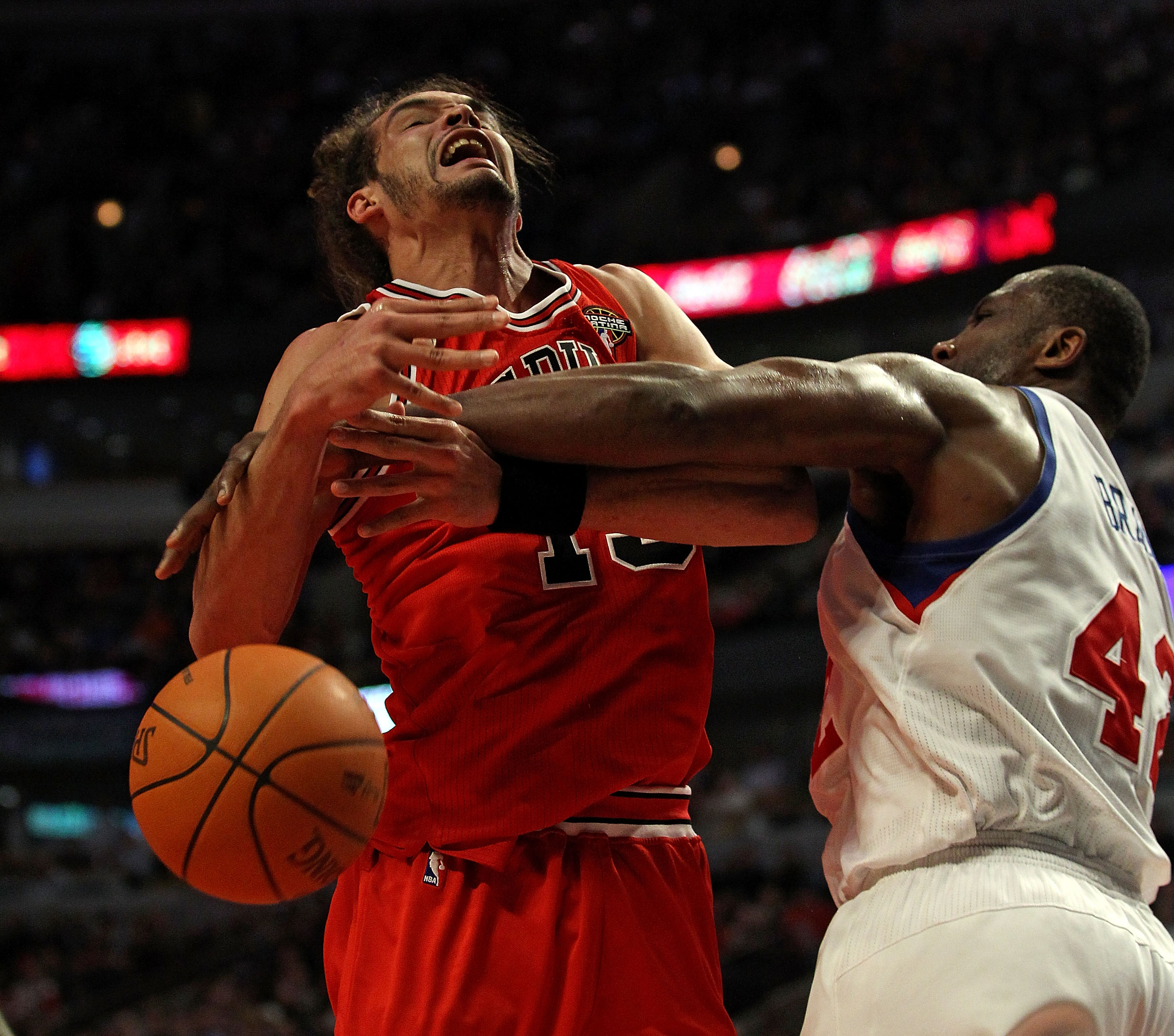 Joakim has the ugliest jump shot and hair-do combination in the league by a wide margin, but his size and aggressive attitude beneath the boards are attributes certain to pester his opponents.

While the Lakers' major matchup over most potential postseason foes is their size, Chicago is a team that actually matches up quite well along the front line with Noah and Boozer.

Noah has battled injury throughout the season, and it's doubtful that he's 100 percent prior to the postseason tipping off, but he's one of the grittier players in the game and should be ready to provide a challenge. 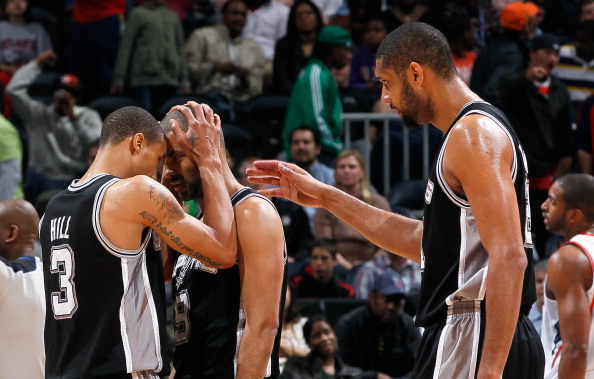 Timmy D and his long-time sidekicks present a challenge to anyone in the playoffs because of their invaluable experience.

Mr. Consistent's balky knees might hamper him at times, but 80 percent of Tim Duncan is better than 200 percent of most other power forwards in today's NBA. He brings it every single night and could prove to be a real issue down low for Pau Gasol, who isn't exactly a noted banger.

It should be interesting to see how far the Spurs go after a very fruitful regular season. 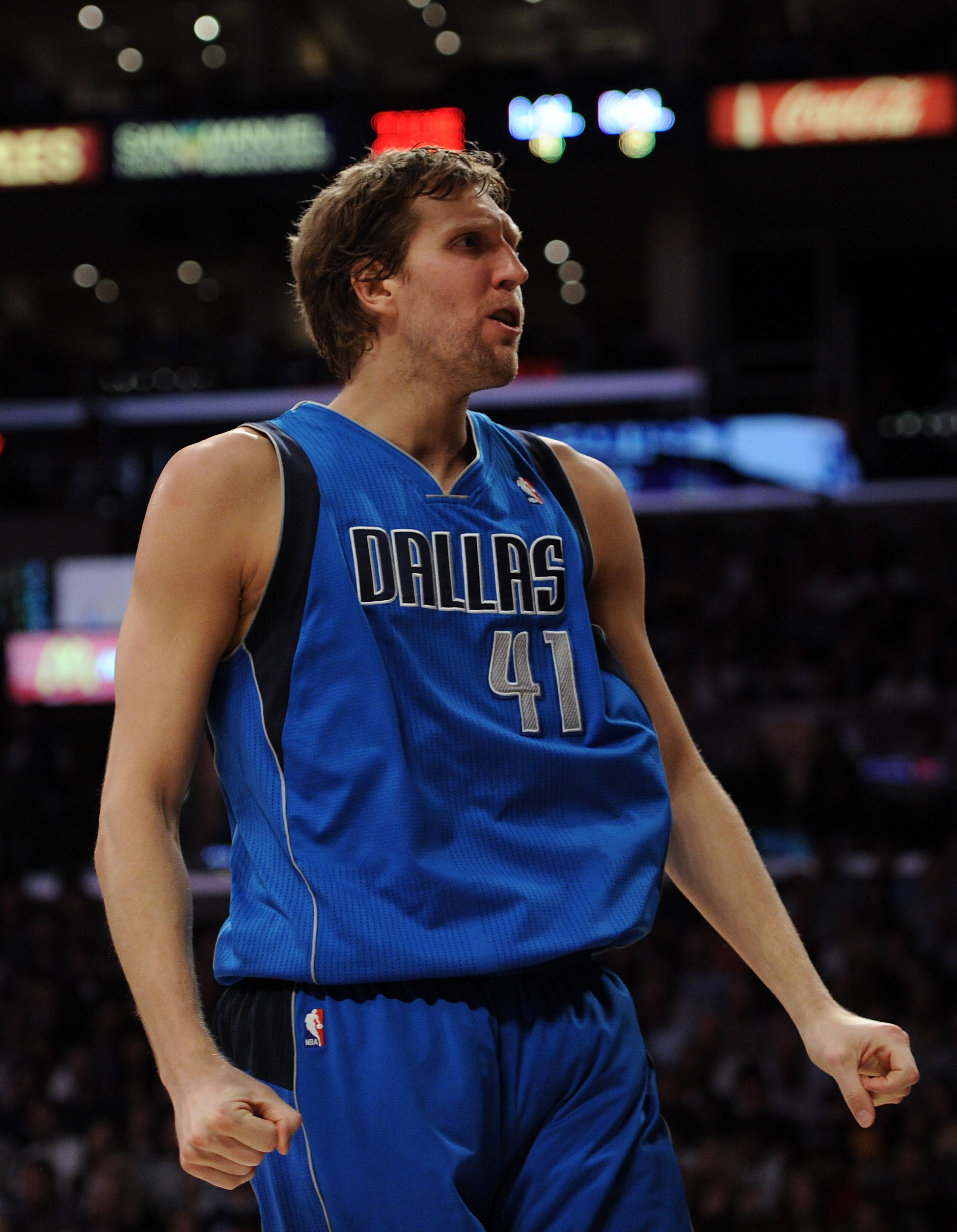 Every year we pose the same question to ourselves: "Is this the year that the Mavs finally make a legitimate postseason run?"

The answer: Probably not this season.

Simply put, the Mavericks need more consistent guard play if they're ever going to get anywhere in the playoffs. I have a hard time believing that the three-headed monster of Jason Kidd, Roddy Beaubois and J.J. Barea is going to intimidate any potential opponent.

Luckily, the team has Dirk. A first-ballot Hall of Famer, Nowitzki's greatness goes widely unappreciated because people are so used to his excellence. He always gives the Lakers a good effort, and the Mavericks typically provide a tough test for the perennially successful squad from L.A. 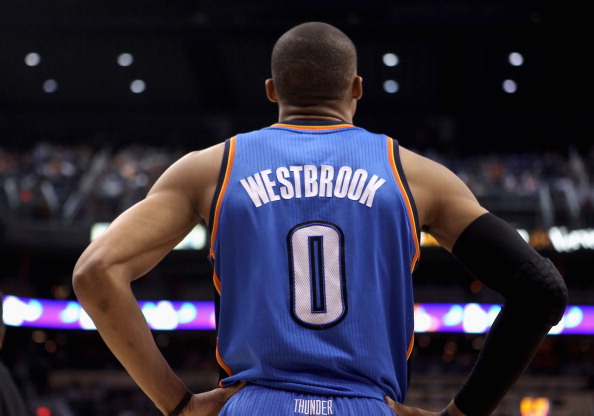 As alluded to on the Kevin Durant slide, Westbrook has really blossomed into an elite point guard this season, elevating his play to an unforeseen level.

Let me illustrate my point more clearly with his numbers from the last two seasons.

The jump in three-point percentage is downright incredible, and Westbrook has actually improved his overall field goal percentage while taking more jumpers.

He's a serious matchup problem for the Lakers, and very could well be MVP of the NBA sometime in the next five years. 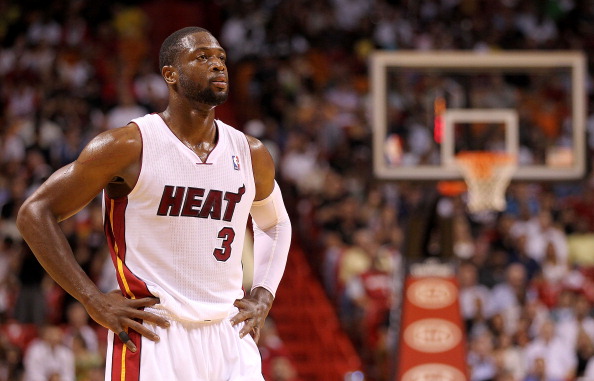 Yes, LeBron and Bosh both signed in Miami this offseason, but make no mistake: This is, and will be, Dwyane Wade's basketball team.

The incredibly gifted shooting guard might milk injuries for everything they're worth, but there's no doubting that he gives it 110 percent every time he's on the floor. Wade has the explosiveness to blow right by anyone at the drop of a dime, and that includes Kobe.

LeBron might get most of the hype, but Wade is the ultimate driving factor in success for these Miami Heatles. 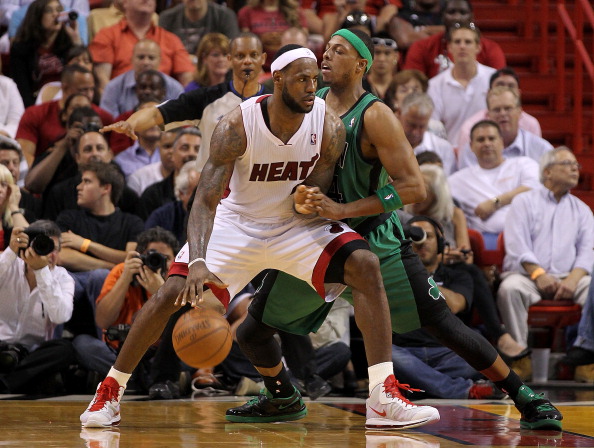 Ron Artest has proven very capable of defending LeBron in the past, so this isn't supposed to serve as a knock on him. But really, how much can anyone slow down LeBron?

Even an off night is 25-plus points for James, and it's pretty incredible to marvel at just how talented he truly is.

If he brings his jump shot to the postseason, he's going to be nearly impossible to cover because opposing teams just won't know what to do. 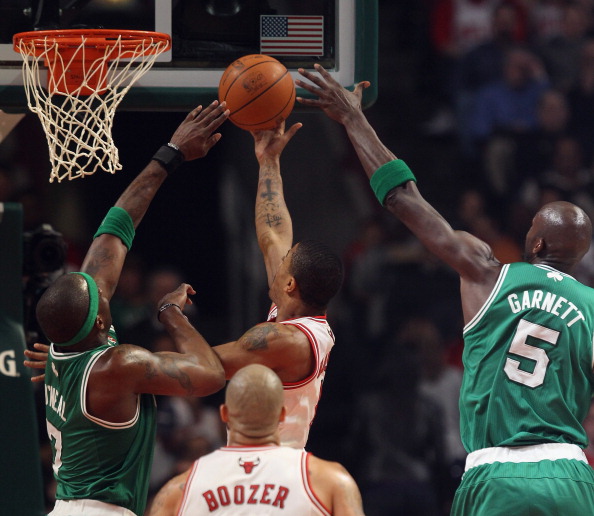 It seems like just about everyone is handing Rose the MVP trophy at this point, and while it may not be a runaway race like so many people assume, it's definitely a tough task to state the case against him.

Frankly, Rose could win most improved player of the year too had he not garnered so much MVP attention and boosted himself to a level of elite stardom.

D-Rose has provided the city of Chicago with its most exciting brand of basketball since His Airness was still the starting shooting guard, and the Bulls have got something special with him leading the way.