World Football: Ranking the Top 10 Scandals of All Time 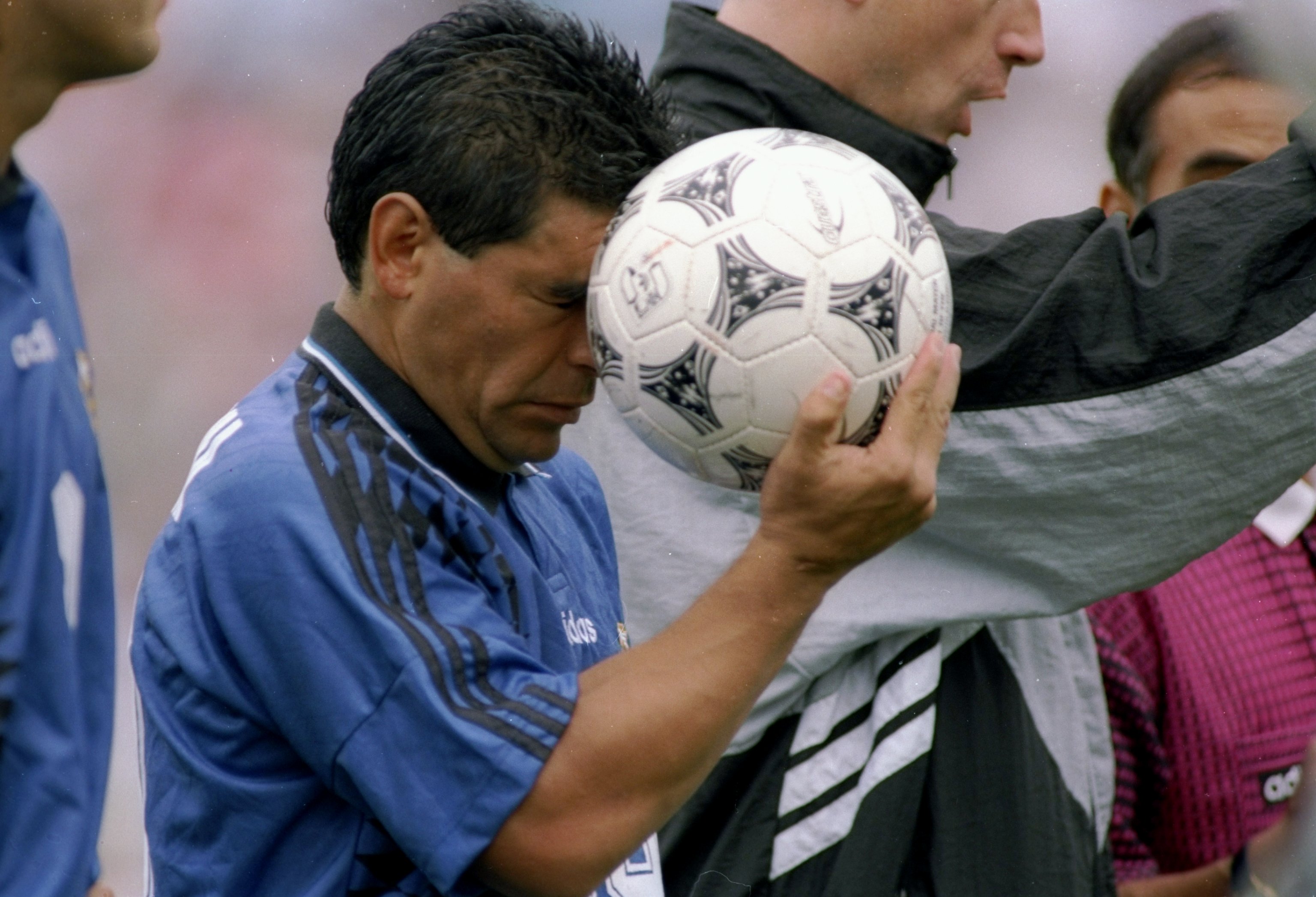 Football has always been a sport that has never failed to cause controversy of some sort.

Football has seen incidents involving the likes of Diego Maradona, match-fixing scandals and a nation denying another a chance of getting into the World Cup via a handball.

And there are probably even more incidents that could be even more outrageous that will happen in the future.

With this in mind, here are the ten biggest controversies in football history. 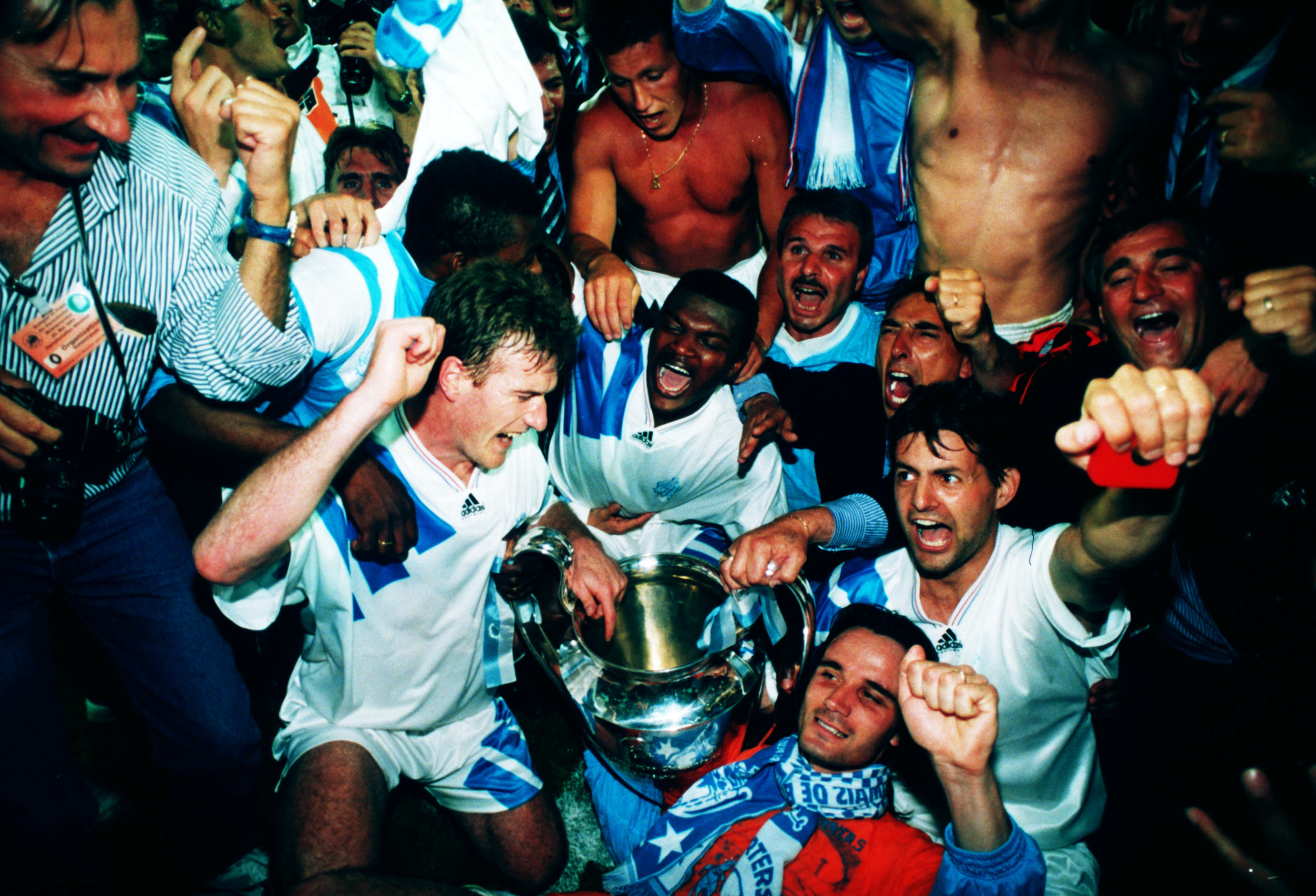 Throughout the late 1980's and early 1990's, Marseille were the most dominant side in France as they won Ligue 1 four consecutive seasons and in 1993, they became the first ever (and to date the only French side) to win the European Cup/Champions League by defeating AC Milan by a 1-0 score.

The scandal forced Marseille to lose their 1992-93 Division 1 title and the right to play in the UEFA Champions League 1993-94, the 1993 European Super Cup and the 1993 Intercontinental Cup, but Marseille were not stripped of their Champions League title. 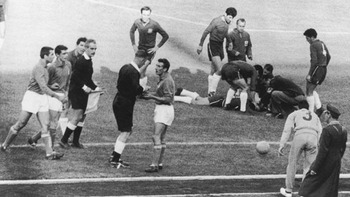 "The most stupid, appalling, disgusting and disgraceful exhibition of football, possibly in the history of the game." - David Coleman.

That quote from David Coleman summed up one of the most grueling moments in football history as Chile faced Italy in a Group 2 clash.

There was added heat to the match as just two years prior in Chile, the largest earthquake in history (a 9.5 on the Richter Scale) and two Italian journalists (Antonio Ghiredelli and Corrado Pizzinelli) both labeled the city of Santiago as "a dump" before the World Cup, causing even higher tensions for Chile.

Later on, Sanchez broke Humberto Maschio's nose with a left hook and police had to intervene three more times to break up numerous scuffles during the match.

Chile won the match 2-0 on goals from Jaime Ramírez and Jorge Toro. 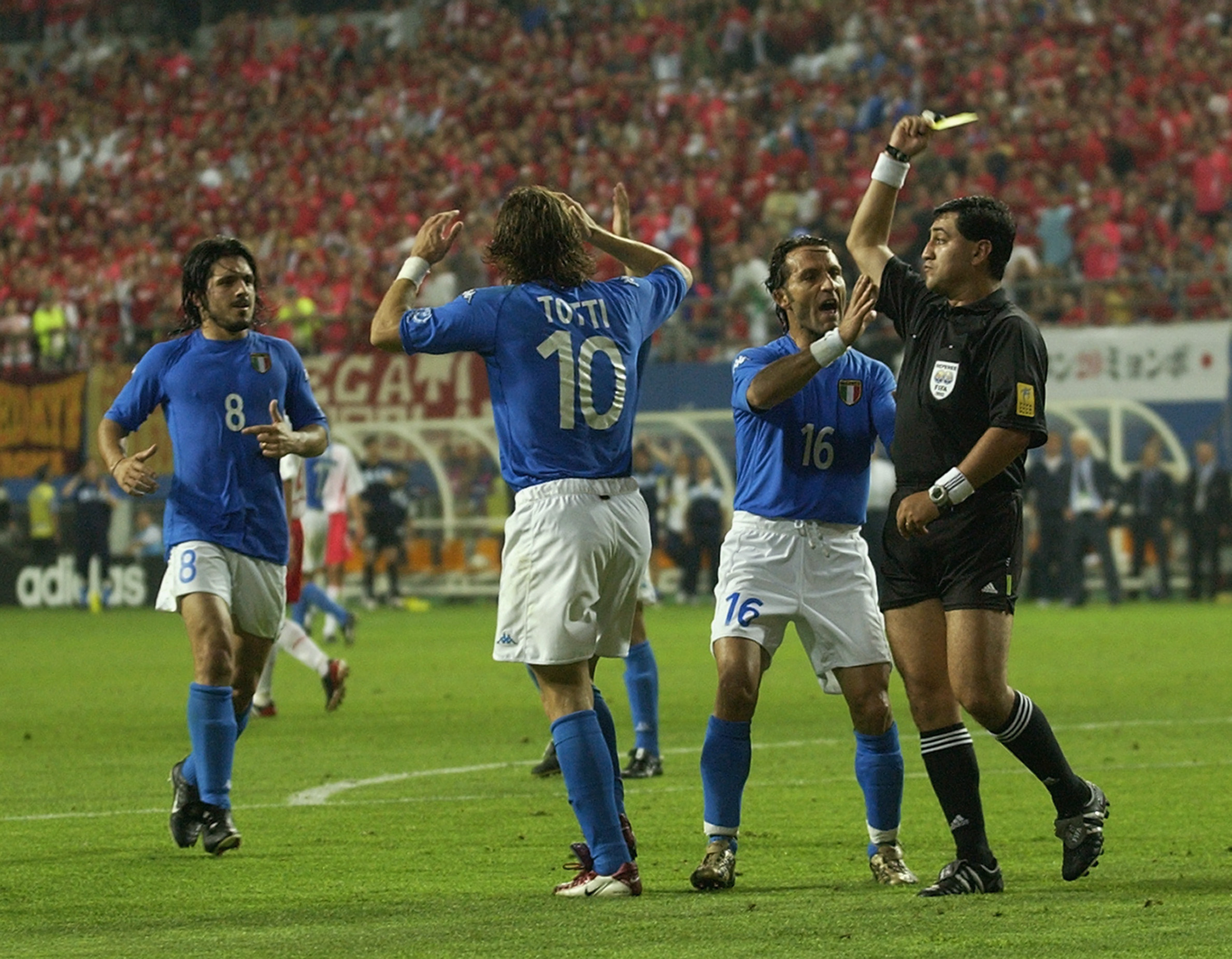 Going into the 2002 World Cup, South Korea (who were one of the two host nations) expected themselves to finally advance out of the group stage for the first time in their history, but their great World Cup run will always be overshadowed by the referees.

After the group stage, South Korea got their first "break" against Italy in the Round of 16, in which the referee (Byron Moreno of Ecuador), seemed hell-bent on ensuring the Koreans progressed, disallowing a perfectly fine Italian goal and controversially sending off Francesco Totti for diving in extra time.

As a result of this, South Korea won 2-1 on a golden goal from Ahn Jung-Hwan.

And in the quarterfinal, South Korea once again got the benefit of the doubt as Egyptian Referee Gamal Al-Ghandour disallowed two legitimate Spanish goals and his linesmen judged one Spanish attack after another to be offside.

South Korea went on to win 5-3 on penalties to reach the semifinals.

Shortly afterward, both referees were forced to retire due to match-fixing (Moreno) and allegations of receiving a new car for helping South Korea to advance (Ghandour).

Thierry Henry "Hands" France a Spot in the 2010 World Cup 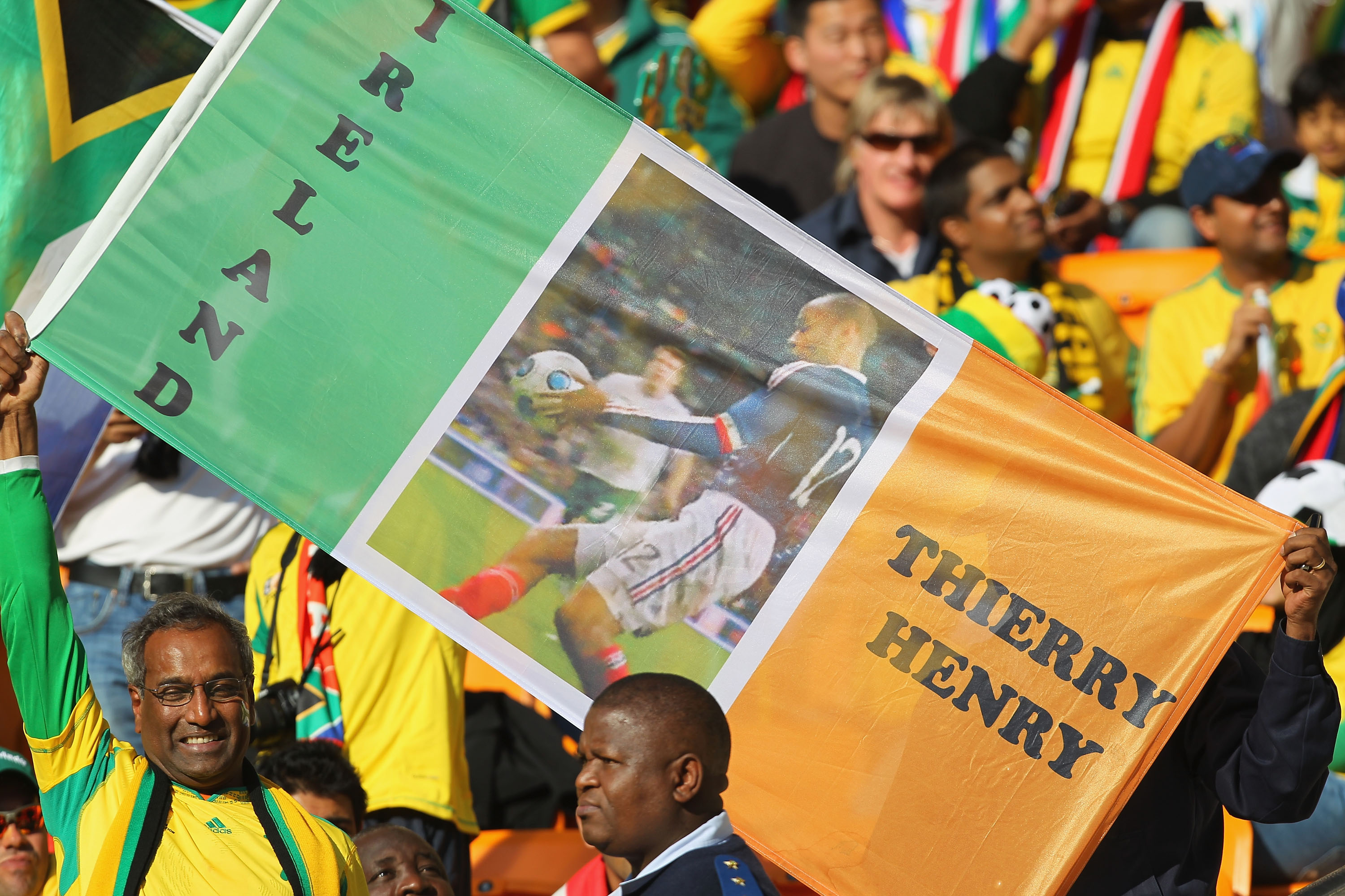 In extra time of the second leg for a European spot in the 2010 World Cup between France and Ireland, the entire complexion of how a global superstar was seen was changed due to the use of his hands.

In the 104th minute of extra time, when former Arsenal and current Barcelona and French star Thierry Henry handled the ball not once, but twice, with his hand before passing to teammate William Gallas, who scored against an Irish team that was fuming that the handball call wasn't made.

Afterward, there were many a calls for the match to be replayed, for Ireland to make the World Cup as a 33rd team and for Henry to be suspended in the World Cup, but none of that happened as Henry "handed" the French a berth in the 2010 World Cup.

Algeria's Elimination from the 1982 World Cup 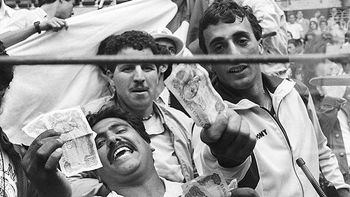 Playing in their first ever FIFA World Cup, Algeria made a major splash on the world's stage in Spain.

Algeria were able to win their first match against West Germany and found themselves extremely close to advancing onto the next group.

But in the final group fixture, the games were played at different times, which allowed West Germany and Austria to learn that a 1-0 West German victory over Austria would be enough to advance onto the next round following a 3-2 Algeria win over Chile.

Within the first ten minutes of their final group stage match, West Germany were able to get a goal before the entire game came to a screeching halt with West Germany and Austria doing nothing else of major significance for the rest of the match.

Due to this, Austria and West Germany advanced over Algeria in a moment that West German manager Jupp Derwall argued "we wanted to progress, not play football."

As a result, all final fixtures in a World Cup group match are played at the same time to prevent this from repeating. 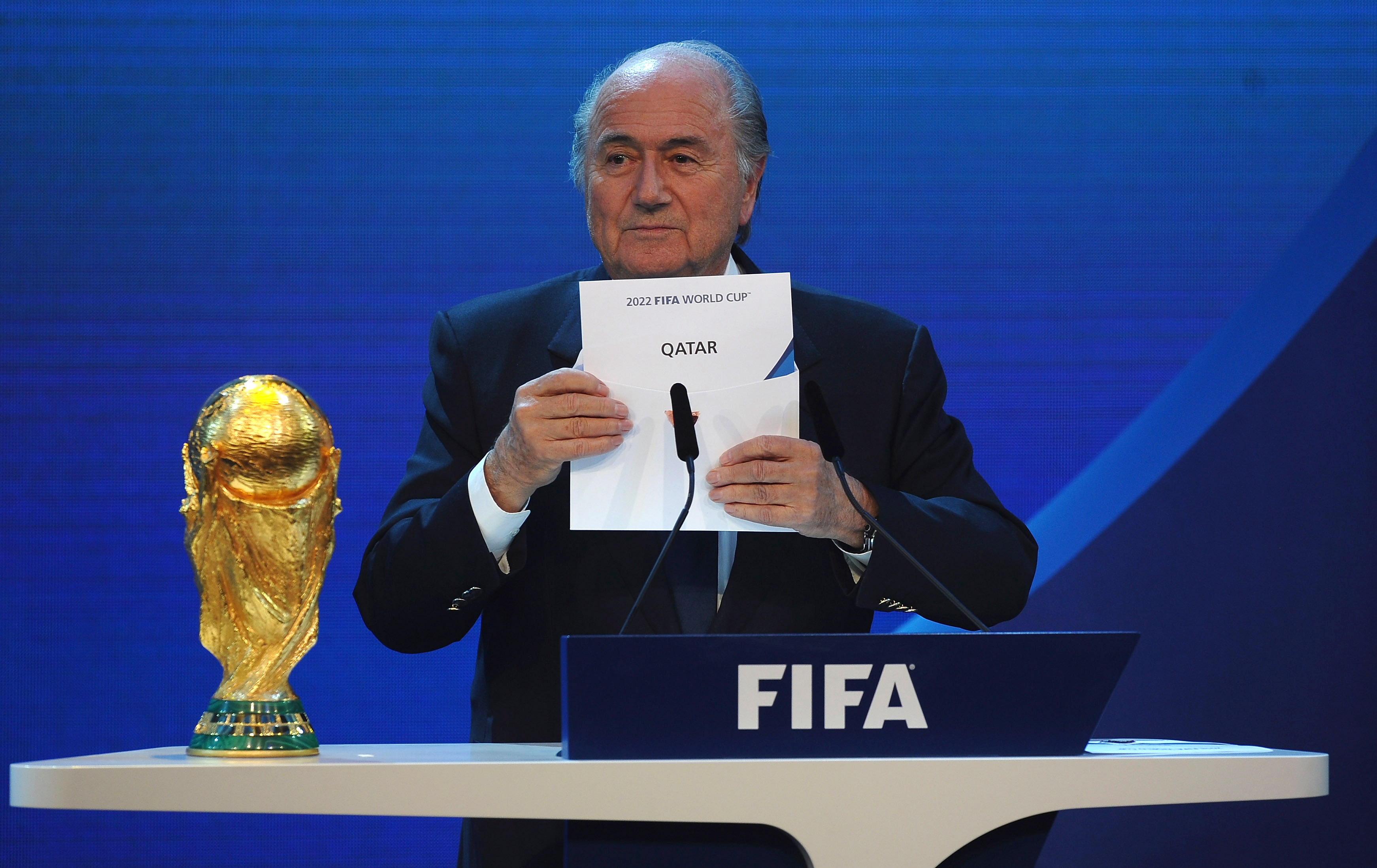 FIFA's latest massive controversy came last December during the selections for both the 2018 and 2022 World Cup's.

For the 2018 World Cup, FIFA's Executive Committee chose Russia to host the World Cup, and Qatar was later awarded the same honor for 2022.

However, there was lots of controversy around the selection.

Qatar practically bought the World Cup through star footballers such as Zinedine Zidane who came out to support the bid.

And for 2018, many expected the English to win the bid, but were unable to because the British media was unable to keep quiet about FIFA's ExCo members and their prior actions. 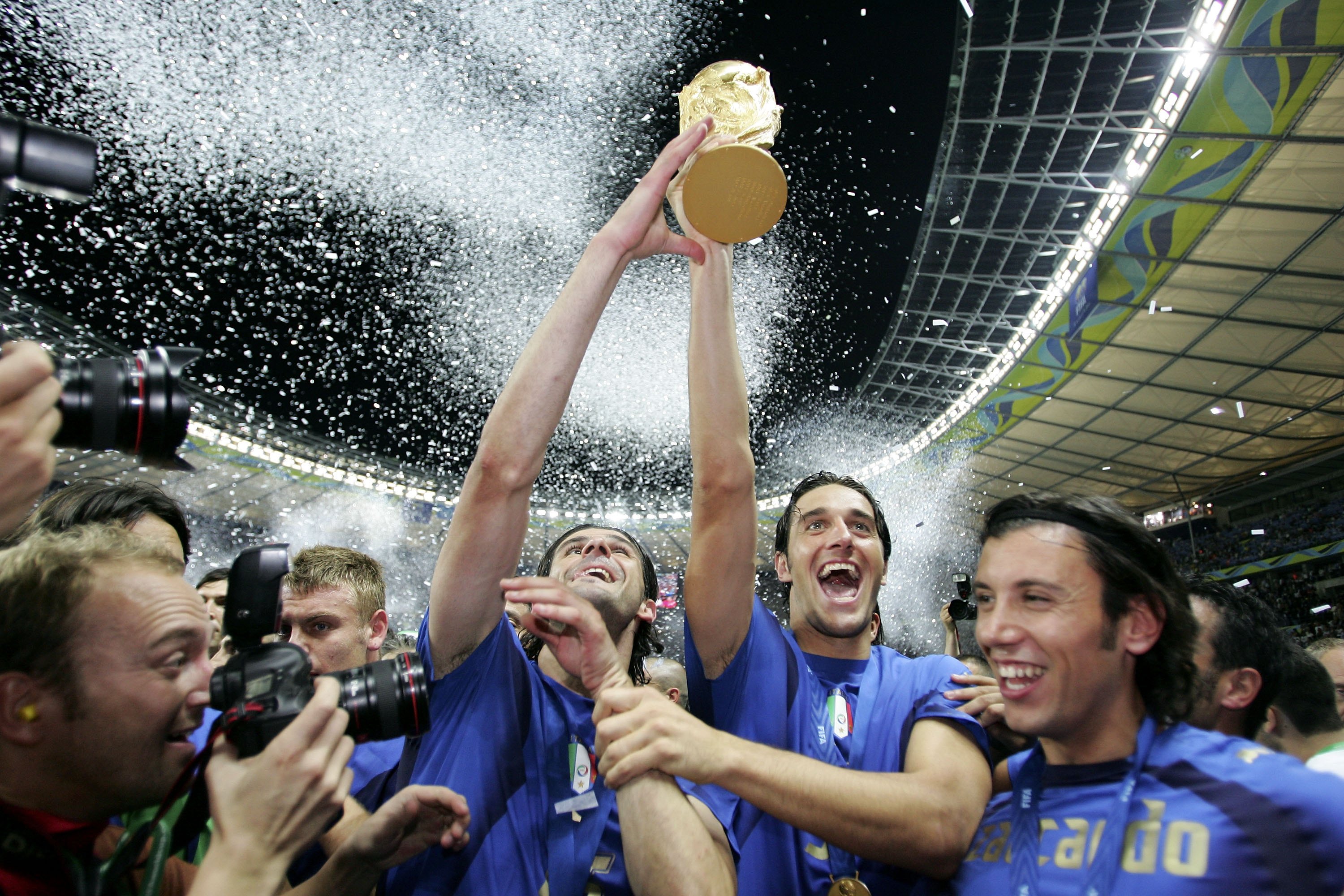 After the Serie A season finished in 2006, Italian police uncovered a scandal that involved Serie A Champion Juventus, AC Milan, Lazio, Fiorentina and Reggina.

The five clubs were found guilty of rigging games by selecting favorable referees for their Serie A games. After the investigation was completed, Juventus was relegated to Serie B and lost their Champions League spot.

Amazingly, Italy were able to win the 2006 World Cup despite the investigation into the scandal containing many of these players happening at the exact same time. 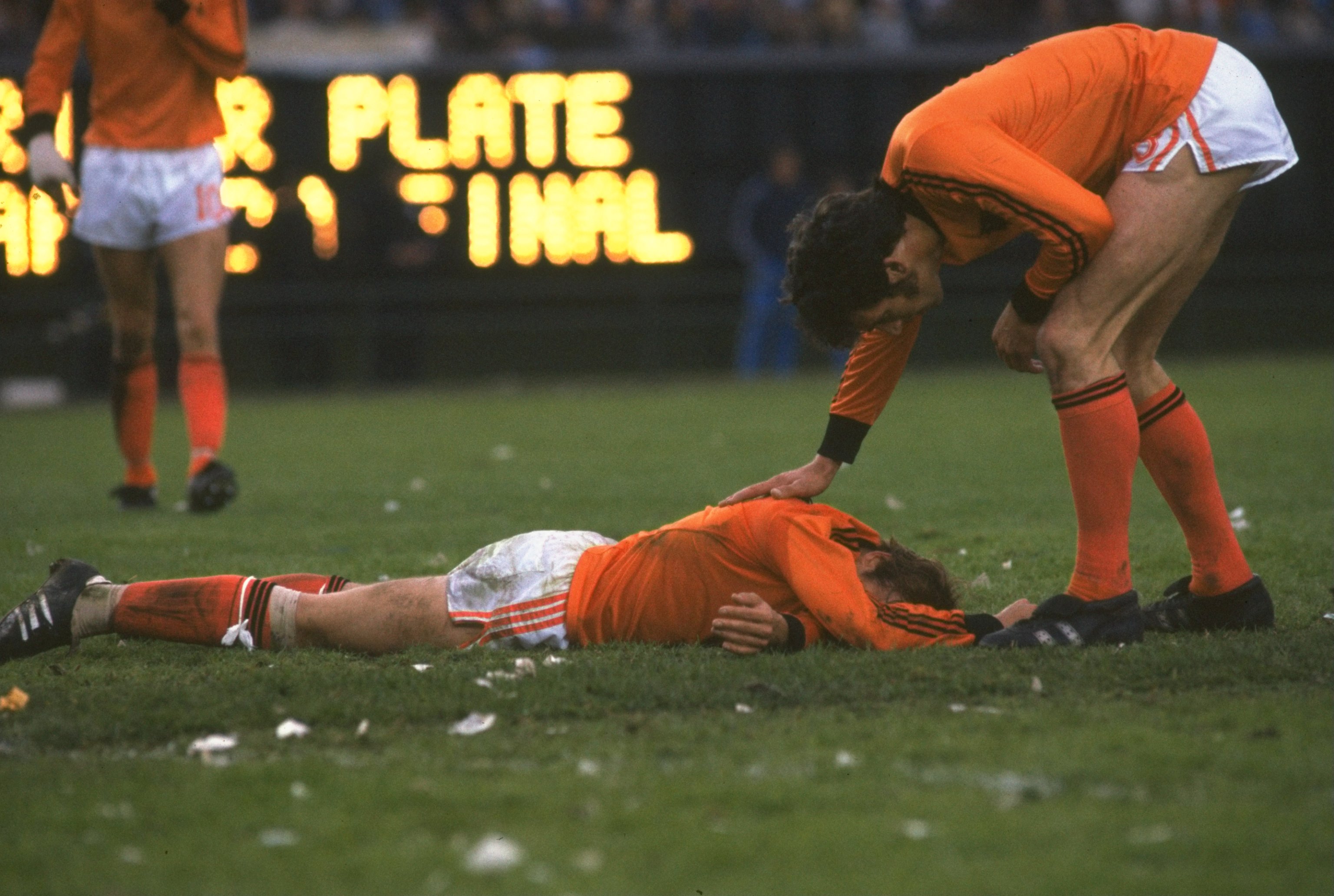 Going to the final, the Dutch were forced to take an extra long route to the Estadio Monumental for the final, and shortly afterward they took to the pitch without the Argentinian National Team, which remained in their locker room for ten extra minutes.

This forced the Dutch to face the hostile 70,000 plus Argentine fans screaming at them for ten minutes before losing 3-1 in extra time.

The Hand of God 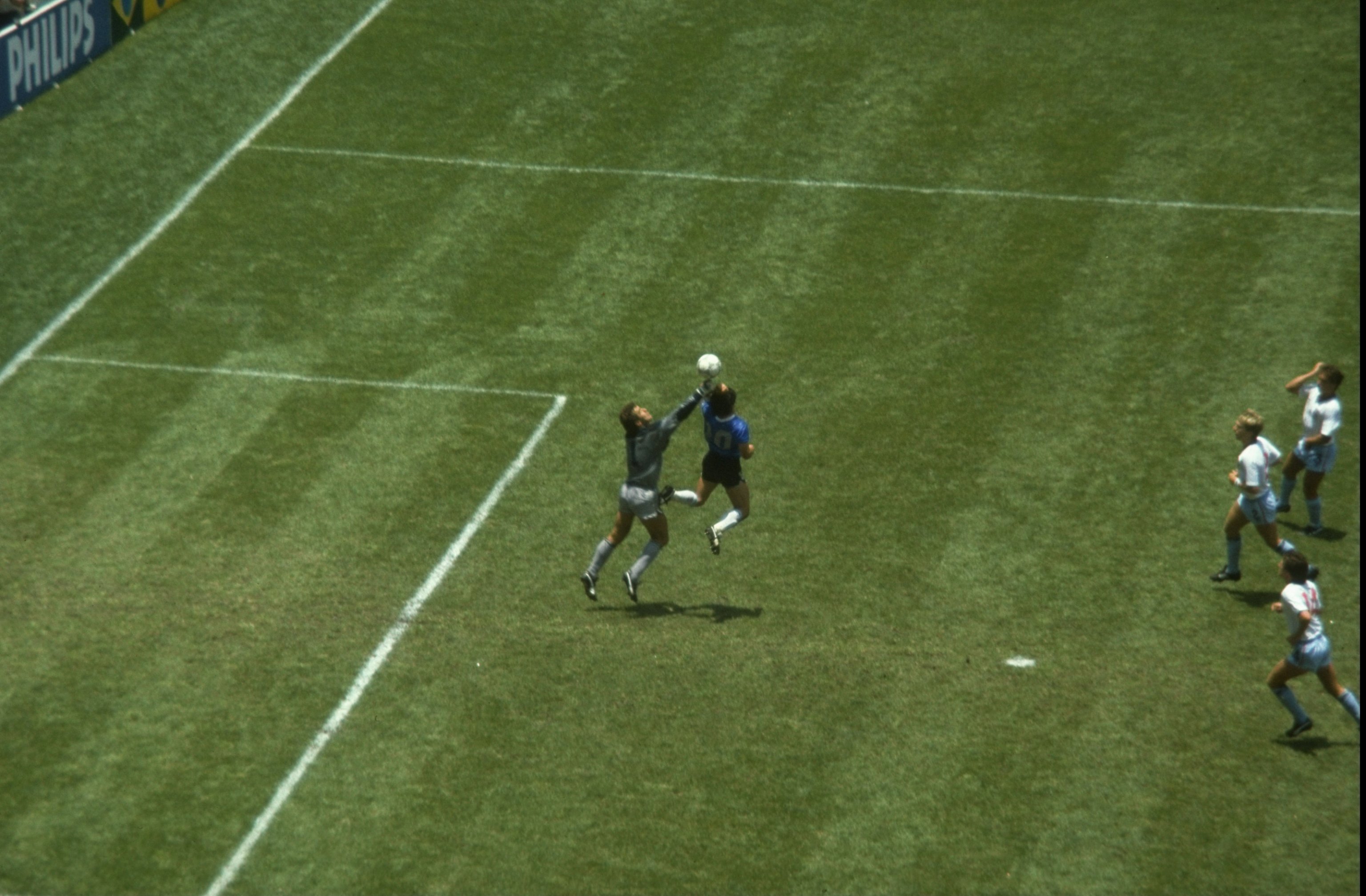 In the 1986 World Cup quarterfinal against England, in which Maradona left his mark in the 51st minute when he went into the box to challenge English keeper Peter Shilton for the ball (who held an eight inch advantage over Maradona). 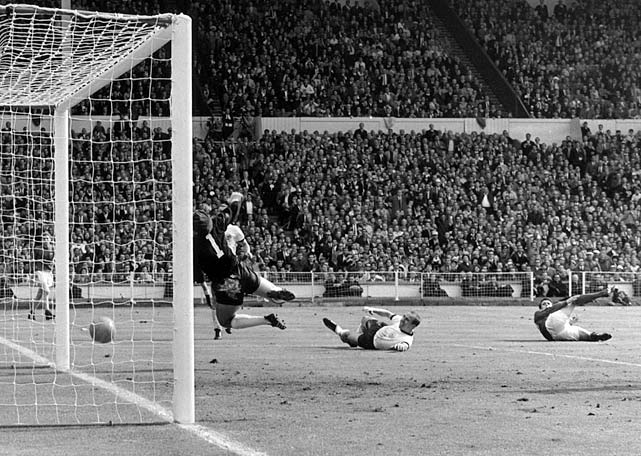 In the 1966 World Cup final, England's Geoff Hurst took part in one of the most controversial plays in World Cup history.

In the 101st minute, Hurst's shot hit off the crossbar, which ricocheted down onto the goal line and went out.

On the play, Swiss referee Gottfried Dienst was undecided if it was a goal or not, but Soviet referee Tofik Bakhramov signaled to Dienst that the ball crossed the line. According to Bakhramov's memoirs, he believed the ball had bounced back not from the crossbar, but from the net, which made the movement insignificant.

According to a story of when Bakhramov was on his deathbed he was asked how he was so sure it was a goal and he gave the one-word reply "Stalingrad", which is the name of the city in the then-Soviet Union in which over 75,000 Soviets died against Nazi Germany.