2010 FIFA World Cup: The Fastest Players at the World Cup 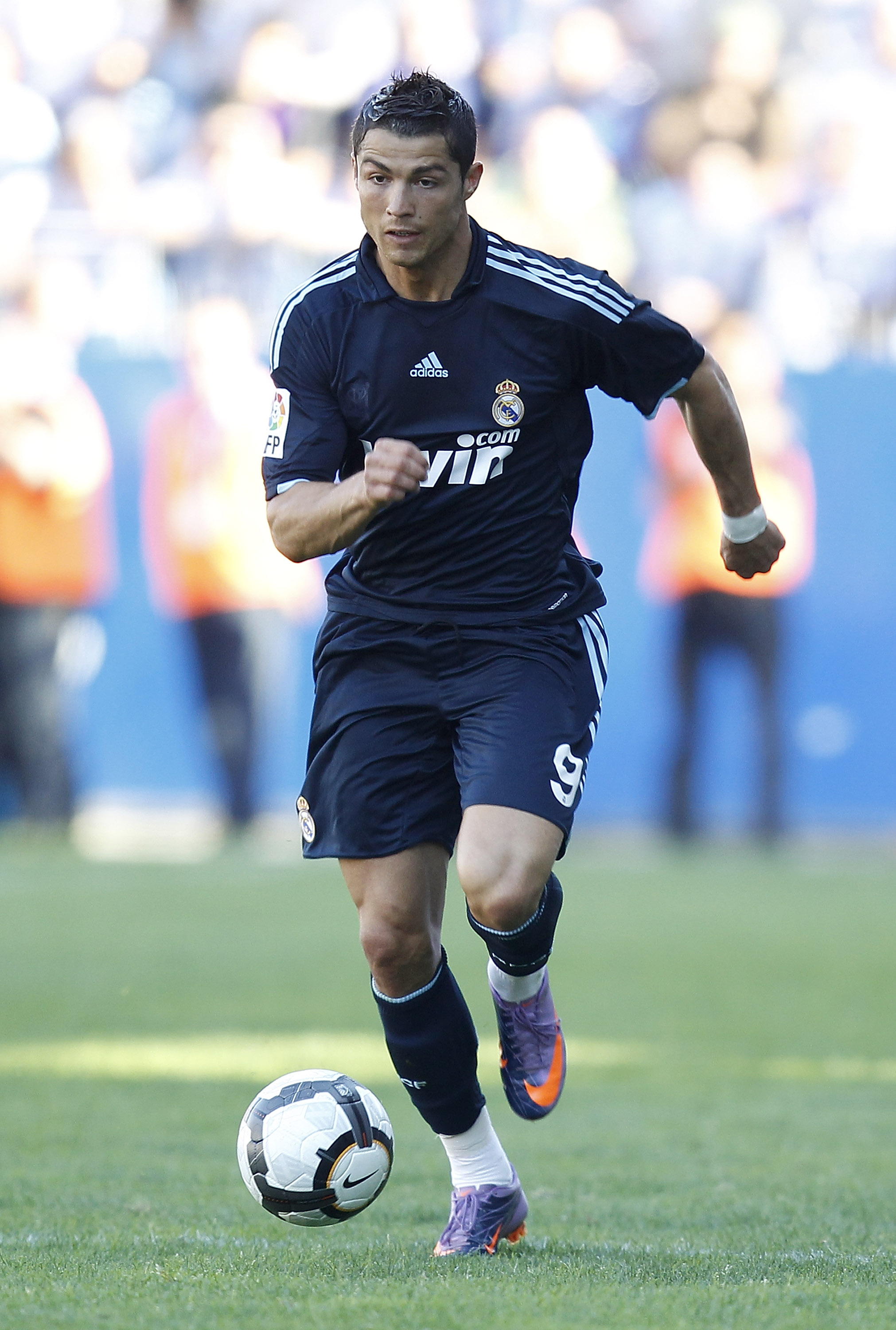 In the modern game, speed is a very important quality for a footballer to have.

Many of the best strikers and wingers in the game possess this quality, which allows them to make intimidating runs at defenders and beat their defenders with pure speed.

In the modern game, defenders not only have to be intimidating giants in the back, but also need to be able to catch up to the speedy strikers and wingers.

This article will highlight some of the "Speeders" at this upcoming World Cup.
The list is in no particular order, due to the reason that I am not able to measure the speeds of the individual players.

However, many of these players should be watched out for, because their speed is definitely dangerous. 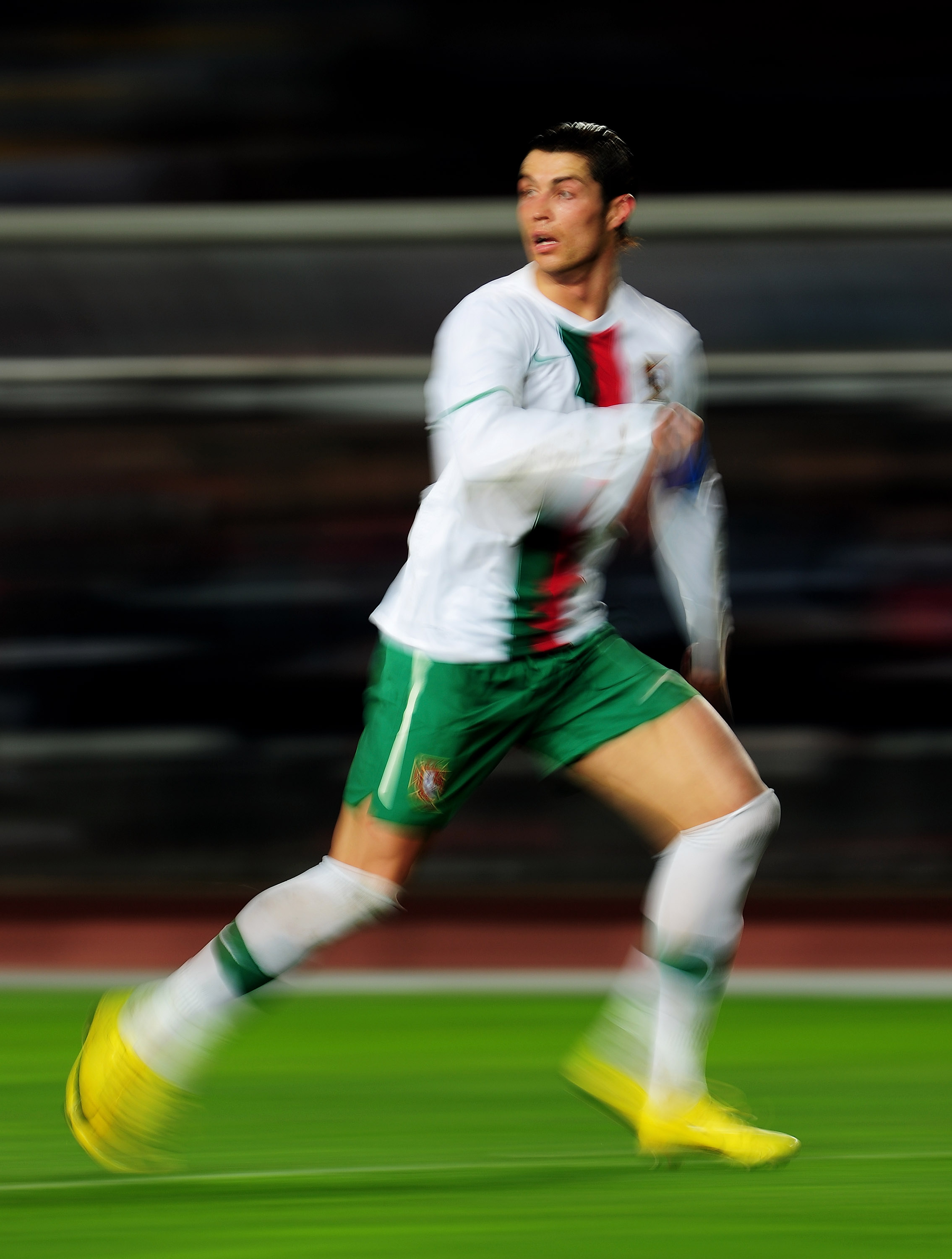 Cristiano Ronaldo is usually known for his audacious tricks and flicks, but Ronaldo is also one of the fastest footballers on the planet.

According to a study conducted last year, Ronaldo is officially the fastest elite soccer player in the world.

Ronaldo has trained with good friend and with the fastest man in the world, Usain Bolt, in the past.

Not only can Ronaldo run fast, but he also performs his tricks at mind boggling speed. An added bonus is the speed of his free kicks. Goalkeepers hate to defend against a Ronaldo free kick not only because of the unpredictability of flight, but also because of the speed at which it's taken.

It's basically a bomb put into flight by one of the best players in the world.

The Portuguese winger will look to terrorize defenders and goalkeepers with his all around speed this June in South Africa. 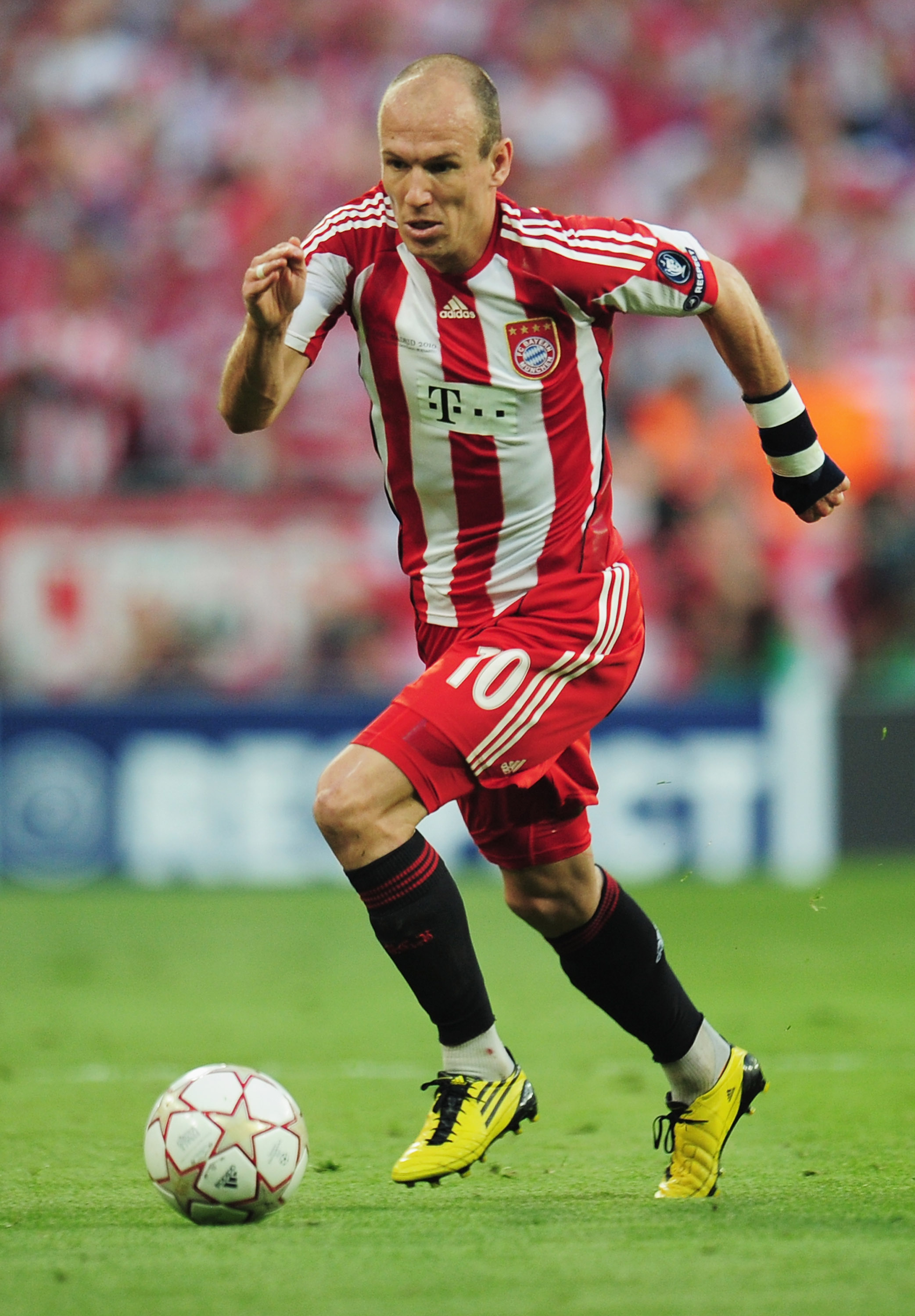 Ever since his move from Real Madrid to German giants Bayern Munich, Robben has gone from injury prone underachiever to one of the best wingers in the world.

Robben is second only to Lionel Messi in dribbling skills. Robben's average running speed is only .7 Kilometres per hour less than Ronaldo.

Robben has used his speed to devastating effect in the Champions League and Bundesliga this year. He was Bayern's best player and led the team to a Champions League final and a German double.

Robben is known to cut in from the right and unleash powerful shots with his left foot.

Robben's technique with his golden left foot was unveiled in the quarterfinals of the Champions League against Manchester United, where he scored a volley from outside the box directly from a corner kick.

Holland will be depending on Robben and his speed from the wings. 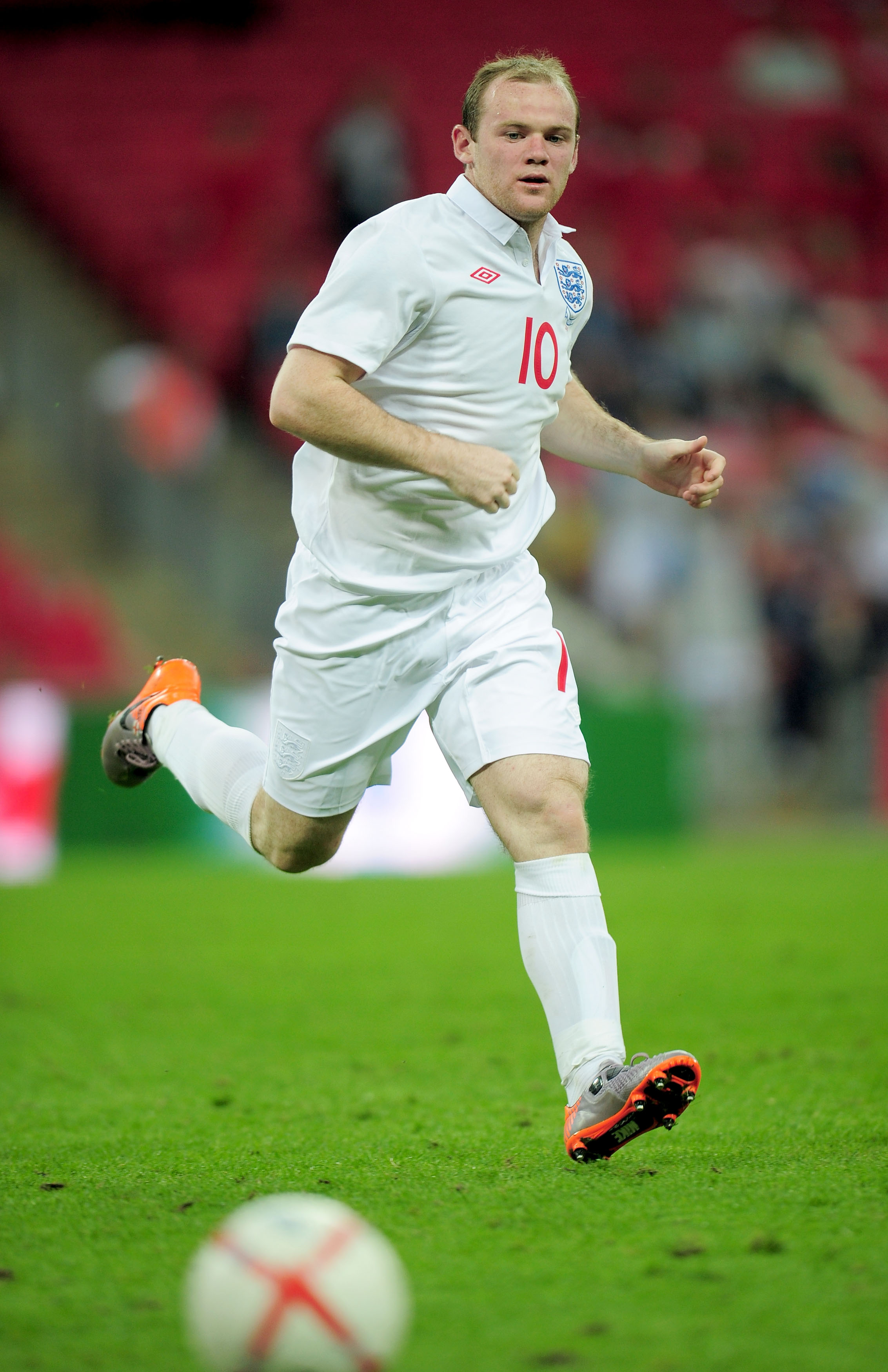 Rooney has been mostly known this season not just for a newfound maturity, but also for being able to score more headers.

However, Rooney also has the pace needed to beat defenders.

England depend on Wazza, and the English will hope that he can carry his Manchester United scoring exploits to the field for his national team. 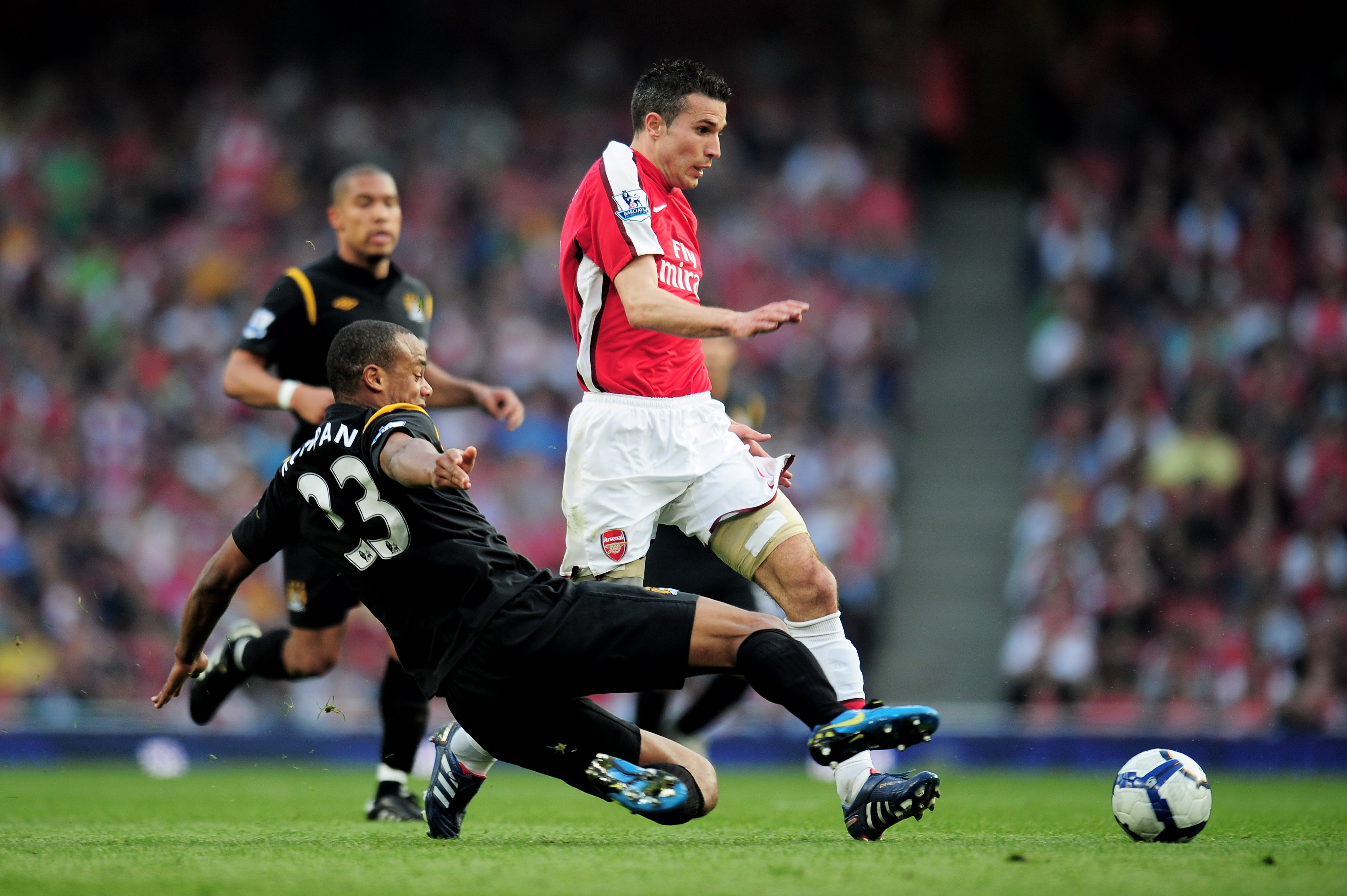 Another striker more known for his goalscoring exploits and skill than speed.

Robin Van Persie had a dream start to the 2009-10 season for Arsenal. However, Van Persie was hit by an injury in a friendly match for Holland against Italy and had to sit out for most of the season.

Van Persie was able to recover for the closing of the season. In a recent friendly against Mexico, Van Persie scored 2 goals, leading the Dutch to a 2-1 win.

Holland will hope that injury does not hit Van Persie again, as his playing style will probably complement that of Arjen Robben's. 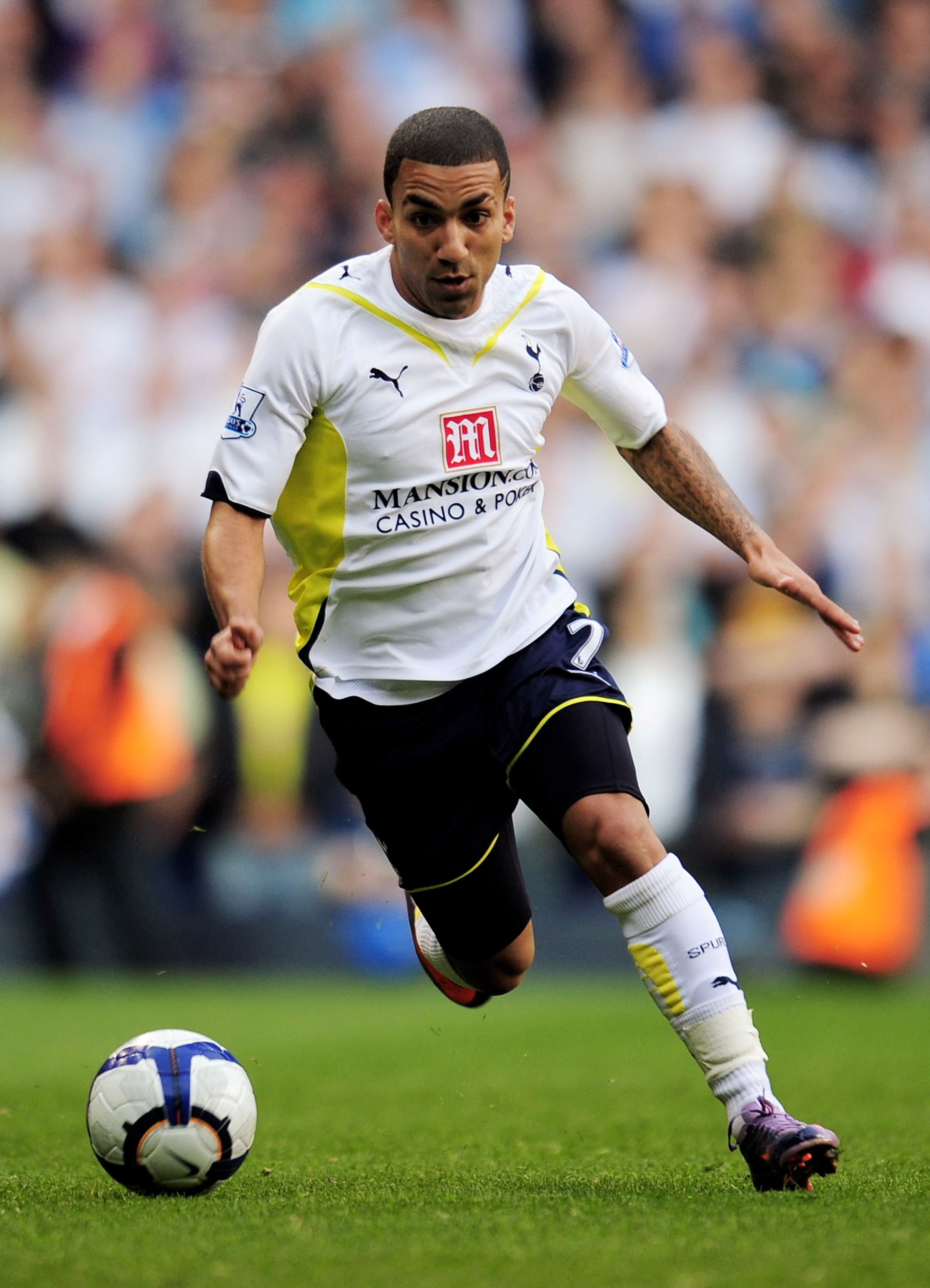 England is blessed to have two of the speediest wingers on the planet in Theo Walcott and Aaron Lennon.

Unlike Walcott though, Lennon hasn't really been an underachiever. Lennon has been able to use his speed to great effect, but he has also been able to introduce technique and crossing ability into his game.

For much of the 2009-10 season, Lennon was injured. Even when his club claimed that he had recovered, there were still doubts about his health and fitness.

However, Lennon has moved to quell those doubts, and looks to make a real impact for England this June. 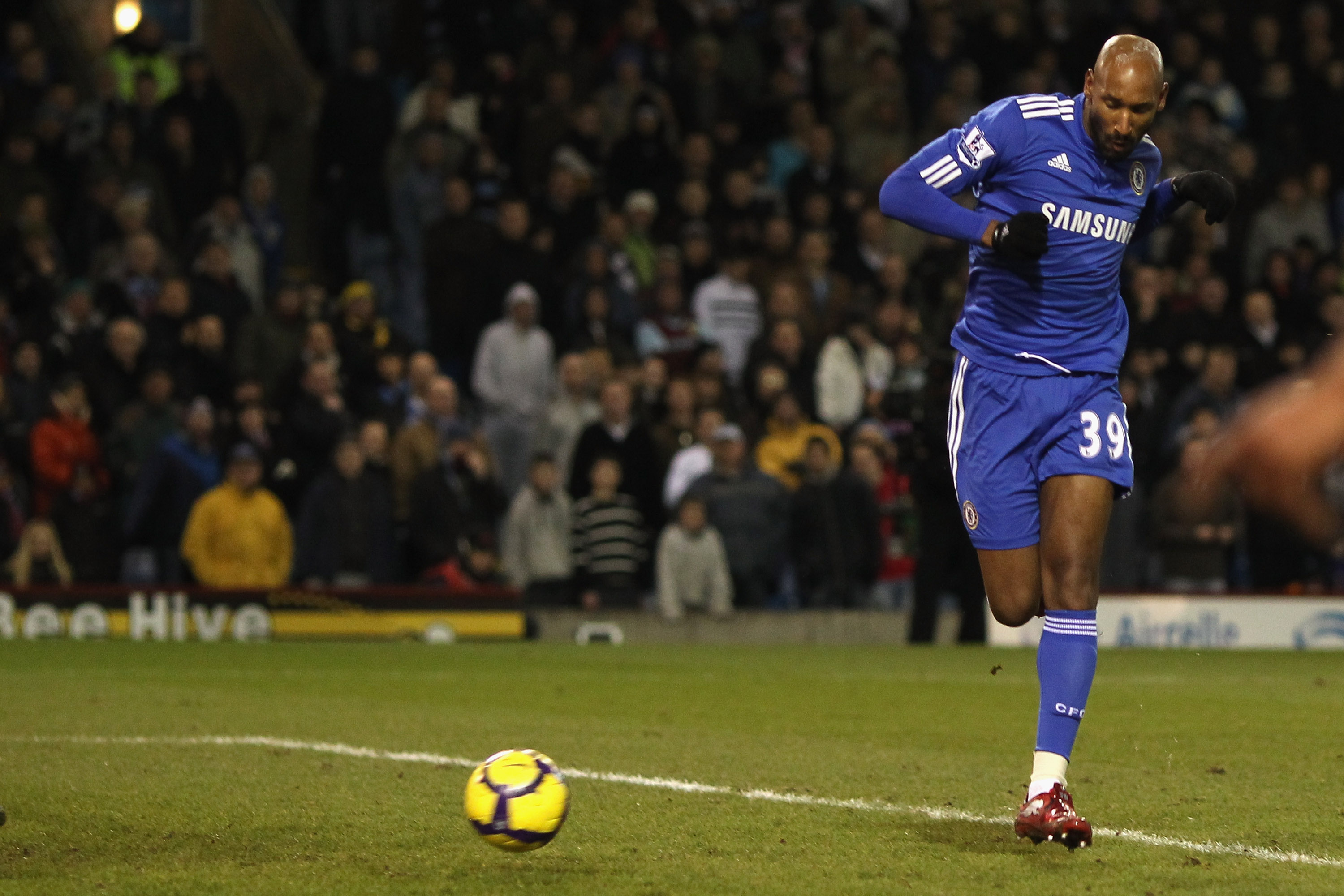 Anelka currently partners Didier Drogba at Chelsea, and although Drogba gets much of the credit for scoring goals, Anelka is an important part of the system.

This summer, Anelka will be playing for France. Anelka uses long, yet quick, strides to speed past defenders, and although he doesn't have an out of this world scoring record, he does score his fair share of goals.

Anelka also uses his speed to help get assists. The French will be hoping that Anelka will be on form in June. 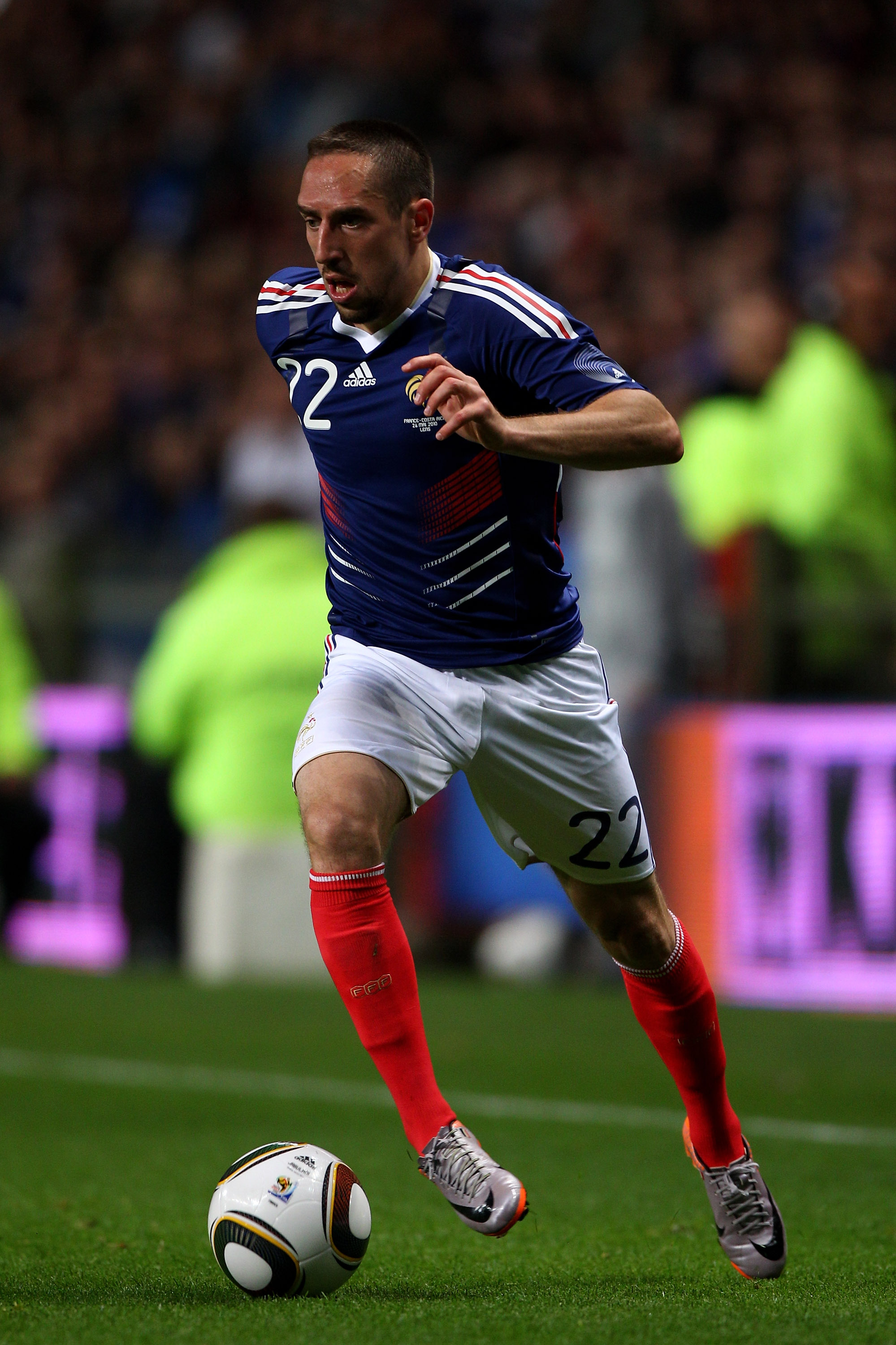 Franck Ribery has gotten into some trouble lately, but many still expect him to do well at the World Cup in South Africa.

Ribery, like Ronaldo, is not only known for his speed but also his trickery, albeit with less speed. Ribery's unpredictability makes him very dangerous to play against.

He is capable of using his left foot, even though he favors his right.

Ribery's speed was used to full effect against Manchester United in the first leg of the quarterfinals of the Champions League, where he terrorized United's right flank.

France will hope that Ribery can be their savior and will also hope that he can live up to the billing of being the next Zidane. 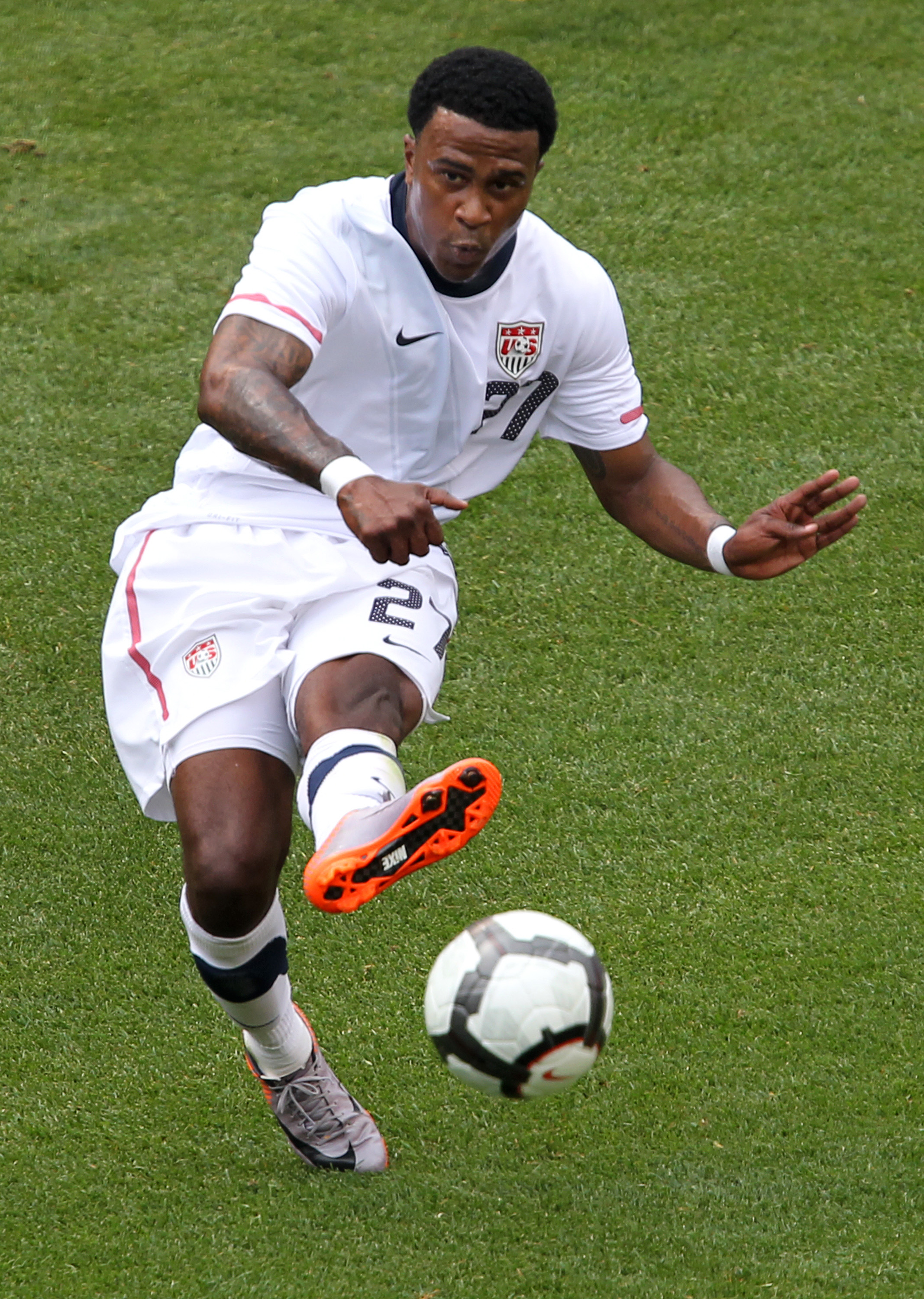 In many aspects, Robbie Findley was an immensely surprising inclusion on the American national team.

Many expected Findley to be left off the roster due to his lack of international experience and rawness. However, Bradley included Findley due to his immense pace.

Findley is like a raw Charlie Davies. He has speed, but not the technique of Davies. However, Findley continues to improve.

Knowing Bob Bradley, Findley will probably start alongside Altidore in the next few friendlies to see how the chemistry between the two is.

The USA will hope that Findley's speed will be able to terrorize defenses at the World Cup. 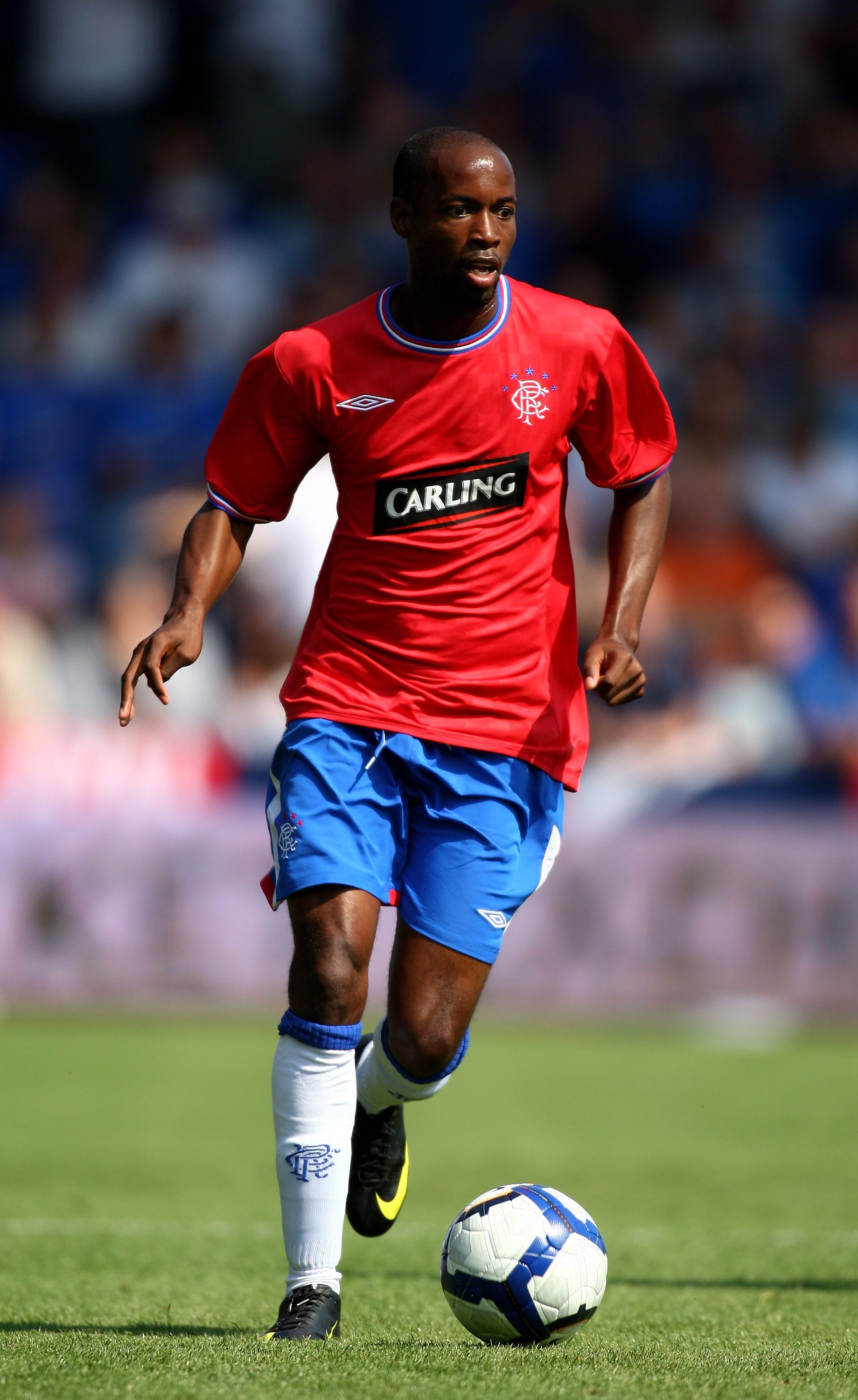 DaMarcus Beasley was also a last minute inclusion in Bob Bradley's USMNT squad. Bob Bradley chose Beasley for his preliminary squad despite having a poor season for Scottish club Rangers.

Beasley, however, trained very impressively, and also impressed against the Czech Republic.

Beasley has speed and technique, and despite not being at his best for his club, Americans will hope his commitment to his country will resurrect him to his best. 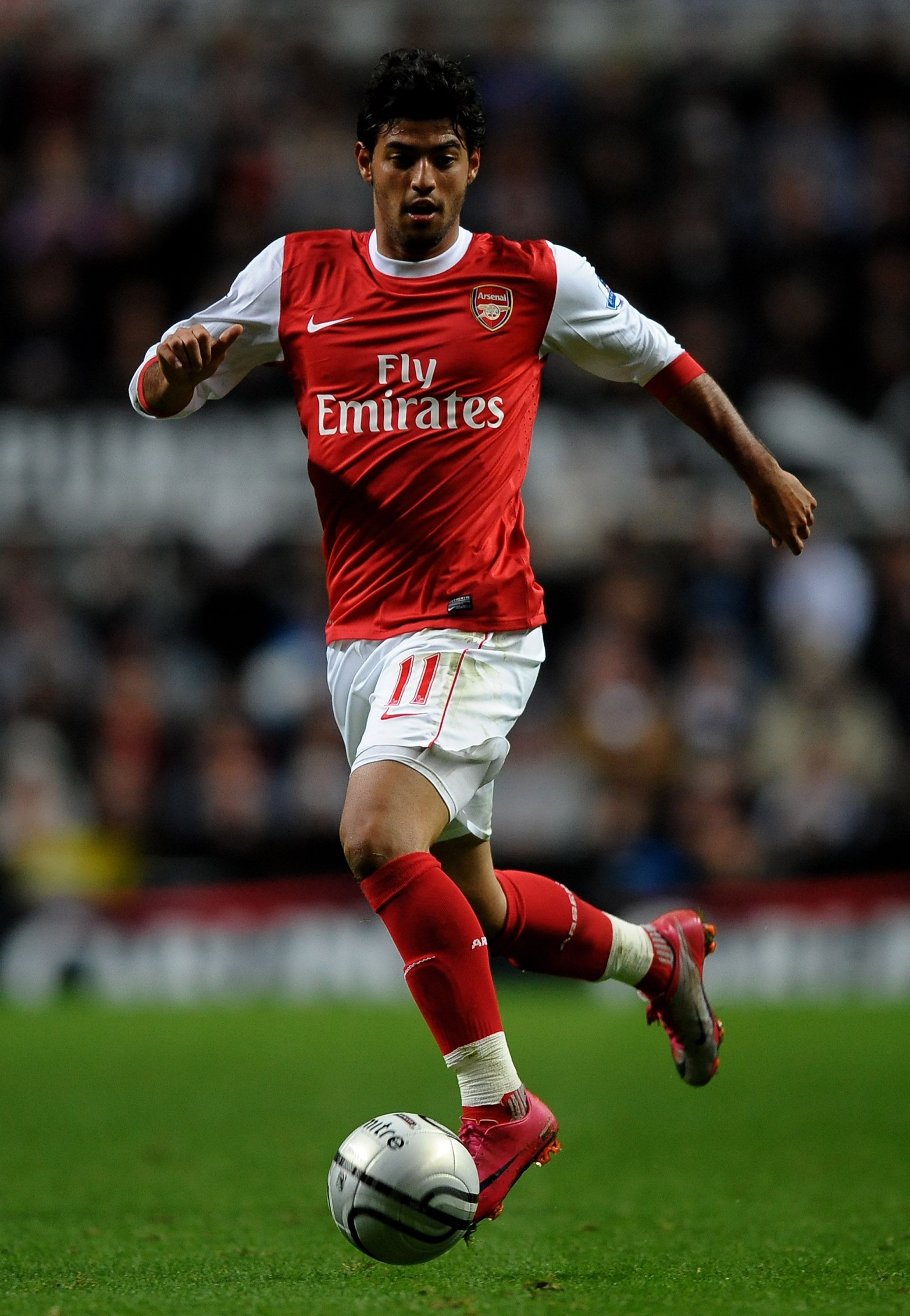 While Carlos Vela has been used sparingly for Arsenal, he is definitely to make an impact for Mexico.

Vela is breathtaking speed and is only one of many players on the Mexican squad that can scare defenders with shear pace.

Not only that, but Vela combines speed with skill to make a very deadly package to deal with for defenders. 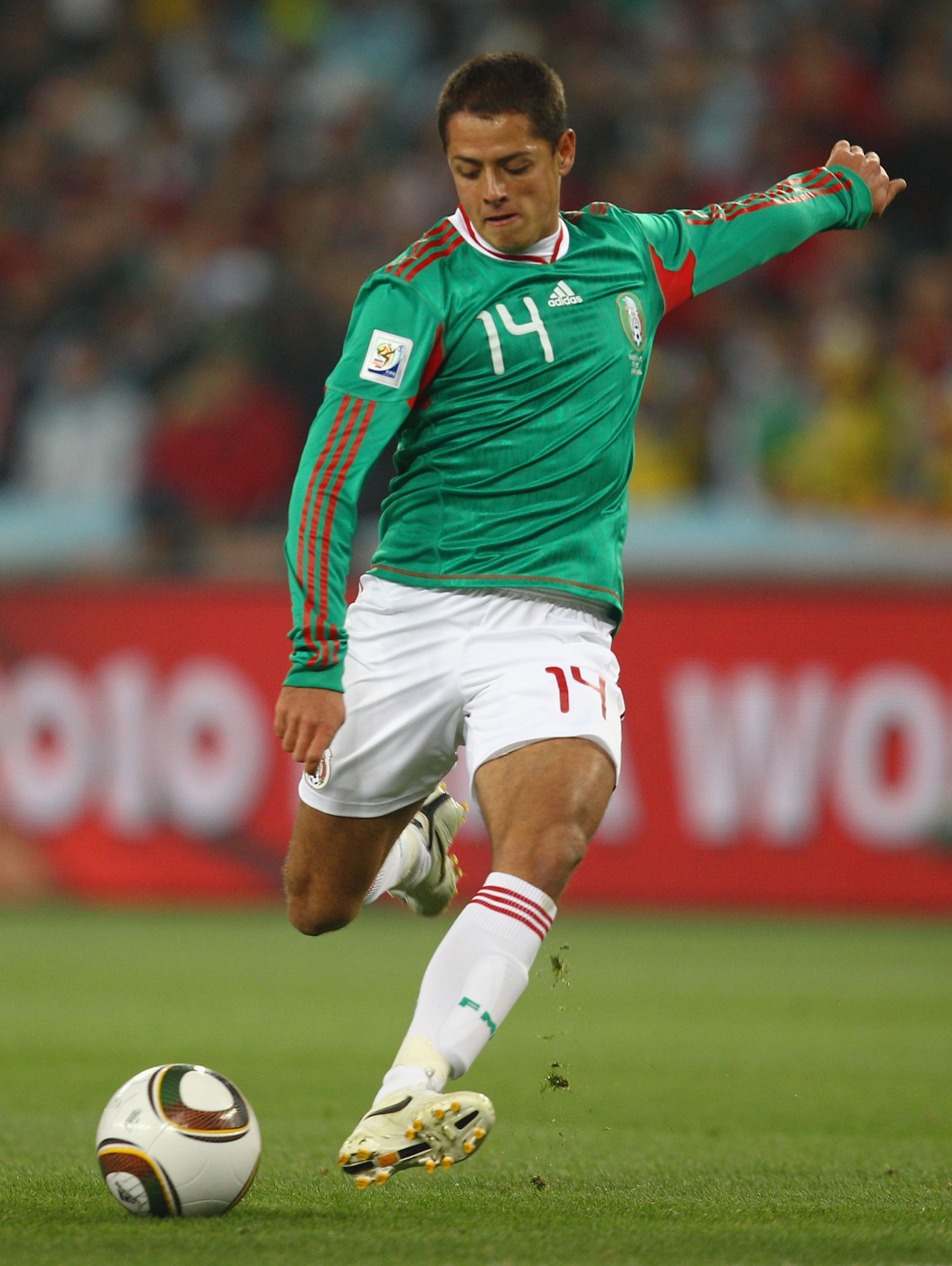 Manchester United's first ever Mexican signing may be relatively unknown outside of Mexico, but he packs a deadly striker's instinct with breakneck speed and agility.

Hernandez has already shown his ablity to score for the national team.

However, he will need to do a bit of work to beat out players like Carlos Vela to crack the starting lineup. Nevertheless, with the killer instinct that Hernandez has, it won't be long before "Chicharito" is a true star for the national team. 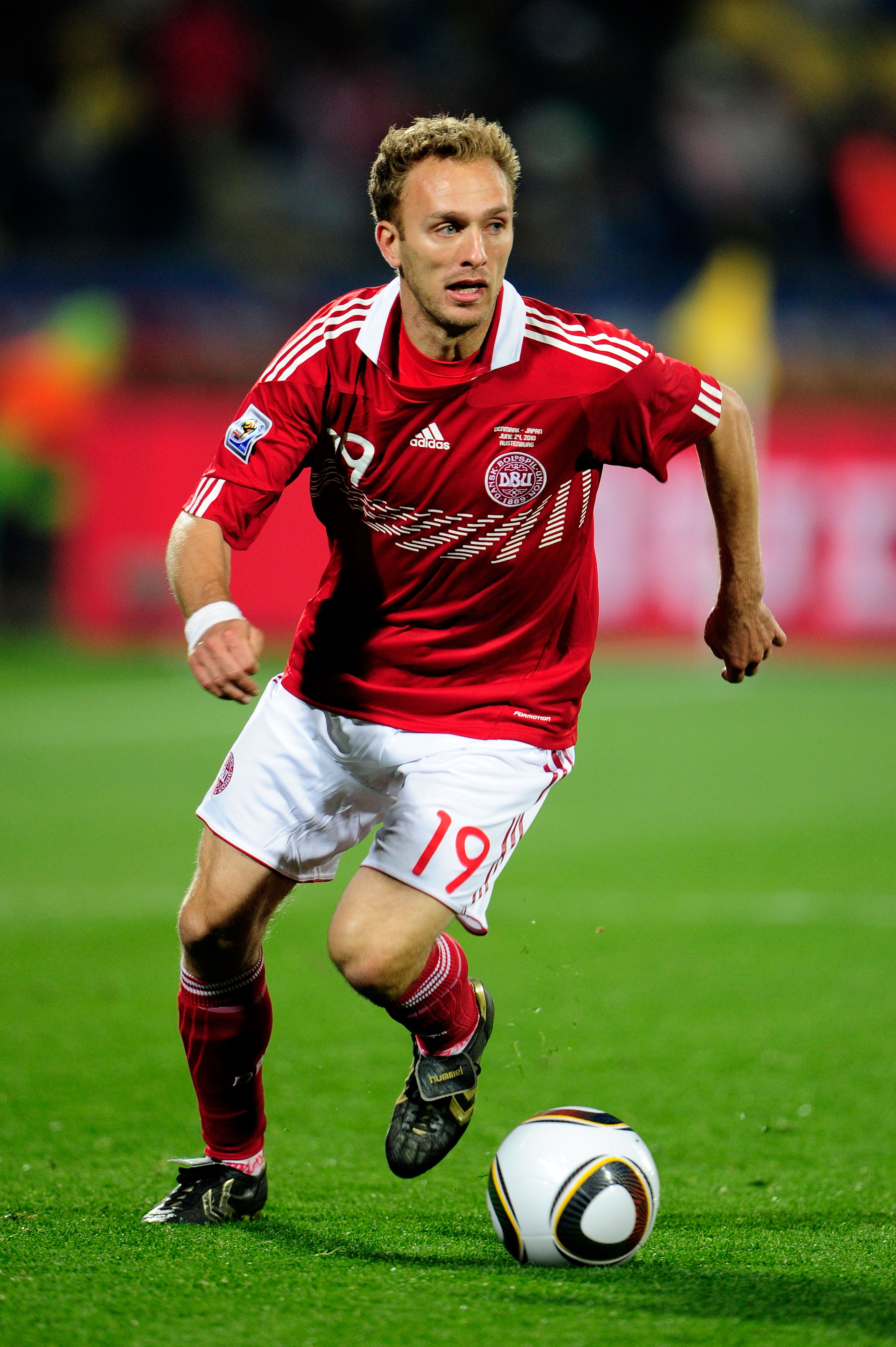 When Rommedahl was younger, he was known for his Olympian speed. It has been rumored that Rommedahl once clocked 10.2 seconds in the 100 meter dash.

While age has taken its natural toll on Rommedahl's body and speed, the Danish winger can still streak down the sidelines with lightning fast speed.