Spain's biggest rivals take La Liga down to the wire, with just one point separating Real Madrid and Barcelona ahead of the last week of the season. In the U.S., Tiger Woods returns to the golf course for the first time since February at a tournament he's won five times. And if you want some live high-stakes basketball before the NBA returns, The Basketball Tournament final is Monday, with the winner getting $1 million.

Real Madrid and Barcelona play their last matches of the domestic season this week, with a one-point gap separating the rivals. Madrid can extend its lead to four points with a win Monday and then clinch the league title with a win Thursday. Barcelona will need to win both of its remaining matches and get some help, with Real also holding the tiebreaker advantage in case the clubs finish even on points.

Barcelona has won the league four of the last five seasons, with Real Madrid's only triumph during that span in 2017.

All matches on BeIN Sports and kickoff times ET

Tiger Time: Woods returns to PGA Tour at The Memorial

Golf's leading man will play his first competitive event since February when he tees off Thursday at Muirfield in Ohio. We last saw him play in Capital One's The Match in May, when he quietly played pretty great. It's a logical return for Woods, not only since he's won the tournament five times in his career but also because the first major back on the revised tour calendar—the PGA Championship—is in three weeks. A sixth win at Memorial would be Tiger's 83rd overall, which would break his tie with Sam Snead for the most in tour history.

Tiger Woods returns next week @MemorialGolf. The top 10 shots of his career at Muirfield. ⬇️ https://t.co/8iJWlzSOwz

Woods's return is a bittersweet moment for the Memorial, given that it was originally scheduled to be the tour's first event with the reintroduction of fans on the course. But surges in coronavirus cases in Ohio and around the country forced the PGA Tour to scrap that plan.

Four of the biggest clubs in England can take one step closer to the FA Cup trophy this weekend. Each of the teams has been in pretty solid form since the restart, and it's been Chelsea's Christian Pulisic who has really broken out into a higher level of play. The American standout has scored three goals and provided a dynamic presence on the pitch for the Blues. On B/R Live, you can watch live pre- and post-match coverage on MUTV and a match replay on Arsenal TV.

With a $1 million prize up for grabs, this year's abbreviated version of The Basketball Tournament crowns a champion Tuesday. Down from 64 to 24 teams and played in just 11 days, the tournament has still provided entertaining basketball after a spring and summer without March Madness and NBA playoffs. Golden Eagles and Sideline Cancer will face off in the final from Nationwide Arena in Columbus, Ohio. Former Indiana standout Maurice Creek hit this shot to send Sideline Cancer to the championship.

Soccer in the States

MLS is Back Tournament

Much of the excitement surrounding the return of MLS last week was tempered by the tournament withdrawals of two clubs—FC Dallas and Nashville SC—after several players on each team tested positive for the coronavirus. The event's first night did provide an exceptional moment of power and unity, when players from every team kneeled and raised fists in silence to support Black Lives Matter and the fight for social justice and equality.

Below are the top matchups for each day this week. Full schedule and group standings

The qualifying round of the National Women's Soccer League tournament concludes Monday with a final pair of matches. North Carolina has already clinched the top seed in the knockout round, while the other three clubs are playing for seeding.

All eight teams in the tournament will reach the quarterfinals, which begin this weekend with two matches each on Friday and Saturday. The full Nos. 2-8 seeds will be confirmed after Monday's matches.

1. Pat Mahomes, the world is yours

The Super Bowl MVP signed a record-setting 10-year contract extension with the Chiefs, keeping him in Kansas City at least through the 2031 season. It includes $477 million in guarantee mechanisms, a no-trade clause and a total value that overtakes MLB MVP Mike Trout for the largest in sports history. Get all the details on Mahomes' deal here.

UPDATE: Patrick Mahomes' 10-year contract extension will be worth up to $503M, per @RapSheet, @TomPelissero It's the first half a billion contract in sports history 🤯 https://t.co/V5kCcVpIPZ

The quarterfinal draw for the Champions League split the field into heavyweights and underdogs. Clubs in the top half of the draw have never won the UCL trophy, while those in the bottom half have 26 combined titles. Here's how it looks:

The road to the Champions League final 🛹 https://t.co/Ybr3ecQ7SJ

Champions League returns Aug. 7 with second legs of the remaining four round-of-16 matches before jumping into single-leg quarterfinal matchups. Europa League kicks back off on Aug. 5. Check out the draw for the rest of that competition here.

After 83 years in the nation's capital, Washington's NFL team will choose a new name, it announced Monday morning. The long-called-for move finally comes after the team and owners faced mounting pressure during this summer's national awakening on racial and social injustice in America.

Best of the Week

1. Runs in the Family

Usain Bolt and his girlfriend welcomed a daughter into the world and gave her the greatest name in name history.

Chris Jericho outlasted Orange Cassidy in one of the best matchups across both nights of Fyter Fest on AEW Dynamite. Check out highlights from their main event below and watch Dynamite this week as the All Elite Wrestling world title and TNT title are on the line in Fight For the Fallen.

3. Luka and Boban, a match made in the bubble

Give us all of the content with these two.

Feedback or suggestions on our newsletter? Let us know what you think at brlivenewsletter@turner.com. 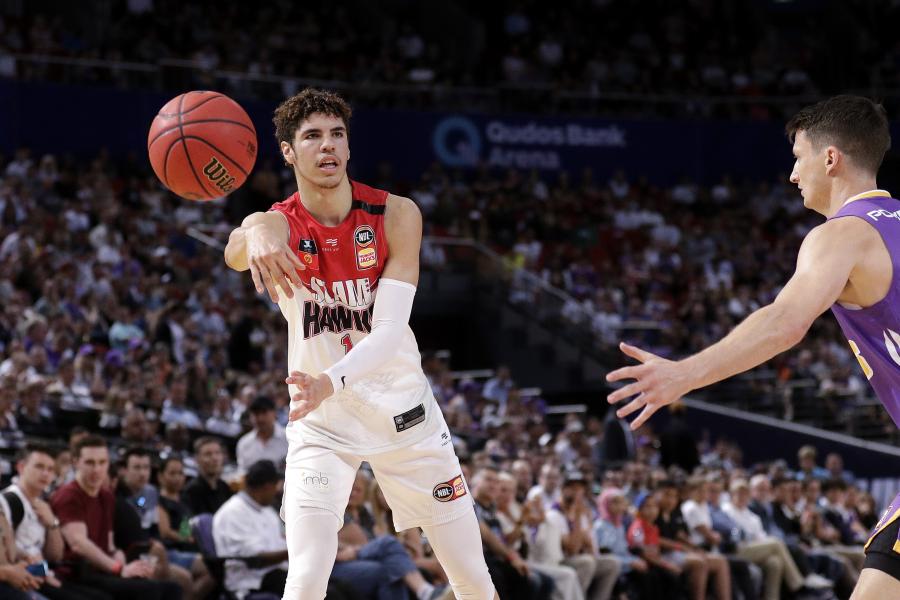 This Rivalry Has Been Brewing for Years

This Rivalry Has Been Brewing for Years