The University of Michigan has canceled its annual spring football game due to concerns over the spread of the coronavirus. The game had been scheduled for April 18.

"The University of Michigan Athletics Department is closely monitoring the COVID-19 virus outbreak and its impact on our communities," the school's athletic department said in a statement. "The health and well-being of our student-athletes, coaches and staff is paramount as we assess the near and long-term potential impacts. This is a rapidly evolving situation. U-M officials and medical experts, in close coordination with the state and local public health departments, are closely monitoring for developments and will offer additional guidance and messaging as soon as it is available."

All third-party competitions or events scheduled to take place on campus have also been canceled through April 21. This included the Big House 5K previously set for April 19.

As of Wednesday afternoon, COVID-19 has infected more than 115,800 people worldwide, with at least 1,000 cases in the United States including 31 deaths, per CNN.

The latest update out of Ann Arbor came shortly after news that the NCAA will conduct its annual men's and women's basketball tournaments without fans in attendance. The Mid-American and Big West Conferences had already announced they'd do the same on Tuesday, and the Big Ten and Big 12 tournaments followed suit Wednesday.

The Golden State Warriors and Columbus Blue Jackets also announced Wednesday fans will not be allowed to attend games for the time being after authorities in San Francisco and Ohio banned large gatherings Wednesday.

At Michigan, as with most places working through contingency plans, there's still a bit of gray area to parse. The school said in its statement it is continuing to work with the NCAA regarding the status of the men's gymnastics championships, which had been scheduled at the school's Crisler Center for April 17-18. The Collegiate Water Polo Association is still considering options for hosting the CWPA Championship in Canham Natatorium in Ann Arbor from April 24-26. Practices will still go on as scheduled, but without any non-essential personnel in attendance.

Additionally, the school will temporarily cease recruiting activities. Michigan coaches will not be allowed to conduct off-campus visits or host prospective recruits on official visits until further notice.

For those who have tickets to upcoming events, single-game tickets will be refunded on a rolling basis while season ticket holders will receive a partial refund for all impacted gamed at the end of the season.

"The university is watching guidance from federal, state and local authorities," the UM statement said. "At this time, there is no recommendation to entirely cancel U-M athletic events. The University of Michigan Athletics Department is taking the following steps beginning on Thursday, March 12, and proceeding through at least the end of Winter Term classes on April 21. Updates beyond that timeframe will be communicated as soon as information becomes available."

How Heavily Will the Coaching Staff Lean on Zach Charbonnet? 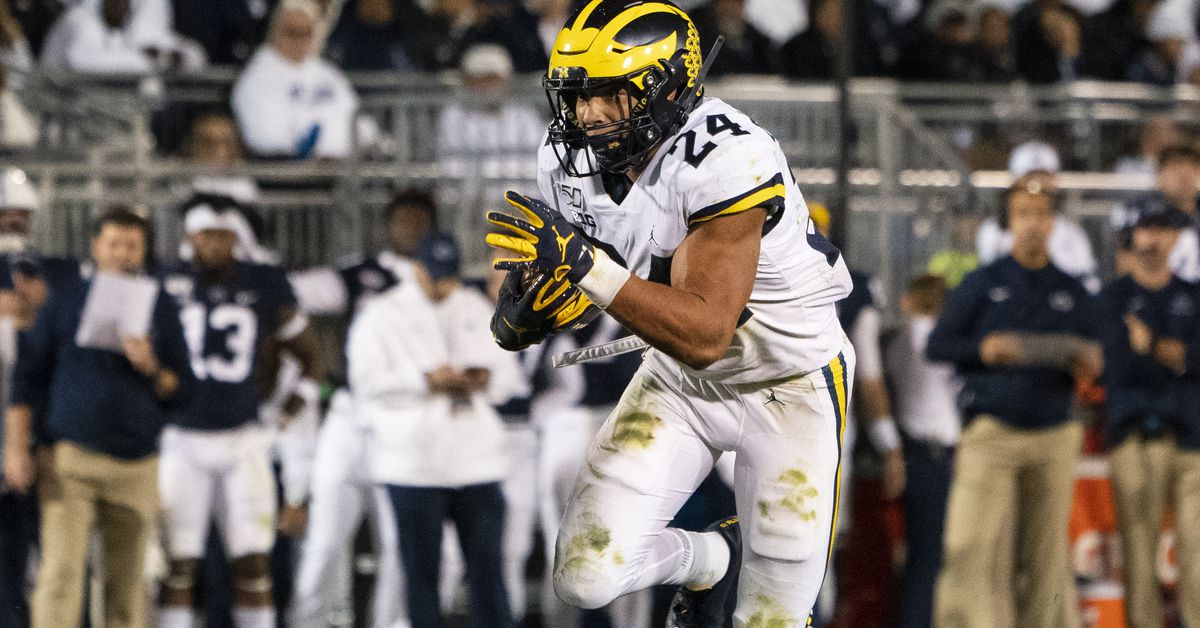 How Heavily Will the Coaching Staff Lean on Zach Charbonnet?