The football world was shocked by the sudden retirement of Carolina Panthers star Luke Kuechly, who announced his decision in a video Tuesday.

Christian McCaffrey and many of his current and former teammates had great things to say about the linebacker.

Thank you for some of the best memories both on and off the field. I’m so honored to have shared the field with not just the best player I’ve ever seen, but the best person I’ve ever met. Will always love you bro! To retirement🍻🎣 @LukeKuechly

In the short time I have been here in Carolina it’s been a pleasure to learn from you and play with you. Will be missed💫 #greatteammate https://t.co/L9Dbyh4yjU

Words can’t describe who Luke Kuechly is as a person, friend, and teammate. We have shared countless memories together both on the field and away from it. I feel honored to be his friend and I’ll always appreciate the impact he has had on my life. Love you buddy https://t.co/0DHYkOwDp1

I couldn’t be more proud to call you my brother! Congrats on a heck of a career! The game will miss you as much as you miss the game bro! I love you my brother! https://t.co/6jw3C1xeZK

Luke kuechly is one of most pure and authentic people i’ve met! He was a great teammate and friend! honored to have played with you! The gridiron will miss your presence but I’m excited to see what the next chapter has for you! love you Bro! #KeepPounding https://t.co/0a6k4urcRu

Easily one of my favorite teammates and one of the top 3 best players that I’ve seen. Can’t wait to see what’s next for you! https://t.co/zrDa2mo2HU

One the best humans, friend, teammate anyone could ever want! Thanks for everything bud! We all love ya! https://t.co/CnYDbIvLYm

Congrats on a GREAT career 59, learned so much from you these past two years glad to be able to call you a brother ✊🏾

One of the Best Teammates I’ve ever had! The 1st person you meet when you come into the locker room. Always told people I’d teach my son to be like you! You’re the model of The Standard! Future HOFer! Proud to call you one of the bros! One heck of a career! Love you bro! LUUUUKE! https://t.co/NcB3MQExMg

Other top players around the league recognized Kuechly's contributions during his career.

One of the greatest players of our time! 🐐 @LukeKuechly Will never forget playing against you! Good luck in the future!! https://t.co/OsCiFXHVPP

Incredible player and person. The game is going to miss you brother! https://t.co/UxKiTkww7S

Wowww. Always loved watching you play. It was a pleasure playing against you. True leader on and off the field. God bless 🙏 https://t.co/GbHifP90rG

#Panthers DT Gerald McCoy to me on Kuechly: “It was a pleasure &amp; an honor to play w/ one of the greatest to ever do it. The way he prepared, worked &amp; competed daily is a sight to be seen &amp; t/ game is gonna miss him. Love u brotha! You deserve it. Go enjoy life! First Ballot HOF!”

One time for Luke Kuechly!!! Dominant linebacker, who played the game the right way. Make all of us who came before him proud, with the way he played the position! Enjoy retirement! ✊🏾

I've always felt that Luke Kuechly is underappreciated by the masses. Film watchers know he's been just incredible but he played in a smaller market. He'd routinely call out plays and then make the tackle for a loss. He'd run routes like he was the receiver and snag an INT. https://t.co/be3xtefpFa

What an absolute legend I’m sure this took so much. Respect the hell out this man and everything he’s done for the game. I ALWAYS wanted to know what Kuechly was doing. https://t.co/CFgySuwG3u

Despite his success on the field, he ended his career earlier than many could have anticipated.

Panthers' Brady says offense must continue to evolve in NFL 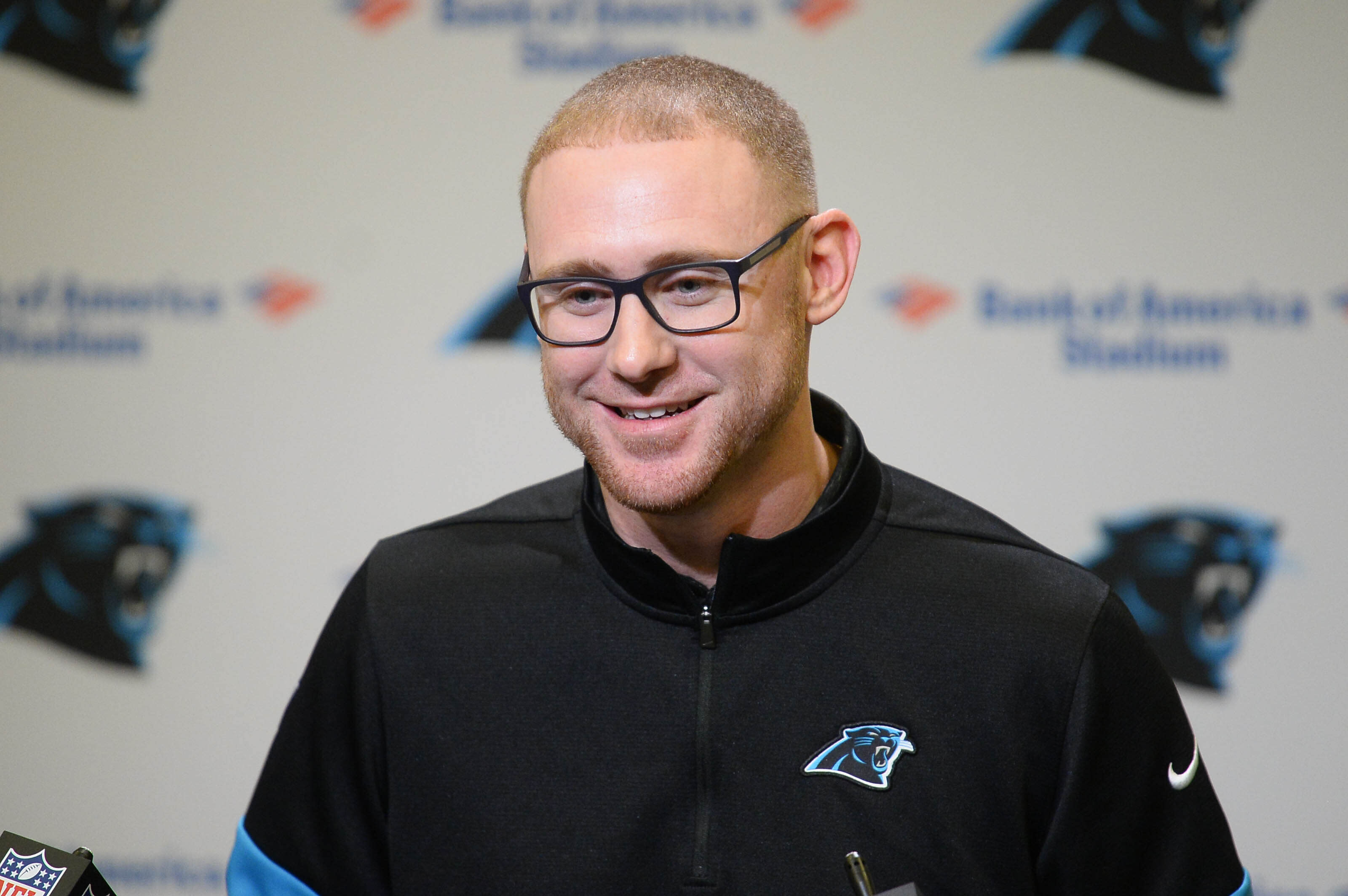 Panthers' Brady says offense must continue to evolve in NFL

Joe Brady: 'I Still Work Like I’m a Graduate Assistant'

Joe Brady: 'I Still Work Like I’m a Graduate Assistant'